Again, the same subjects show up in each group, so we need to use a repeated measures ANOVA to test for the difference in means across these three conditions.

In this case, we would conduct a typical one-way ANOVA to test for the difference between the mean ratings of the three movies.

In real life there are two benefits of using the same subjects across multiple treatment conditions:

1. It’s cheaper and faster for researchers to recruit and pay a smaller number of people to carry out an experiment since they can just obtain data from the same people multiple times.

2. We are able to attribute some of the variance in the data to the subjects themselves, which makes it easier to obtain a smaller p-value.

One potential drawback of this type of design is that subjects might get bored or tired if an experiment lasts too long, which could skew the results. For example, subjects might give lower movie ratings to the third movie they watch because they’re tired and ready to go home.

The following table shows the results:

We want to know whether there is a difference in mean resting heart rate at these three time points so we conduct a repeated measures ANOVA at the .05 significance level using the following steps:

The alternative hypothesis: (Ha): at least one population mean is different from the rest

We will use the Repeated Measures ANOVA Calculator using the following input: 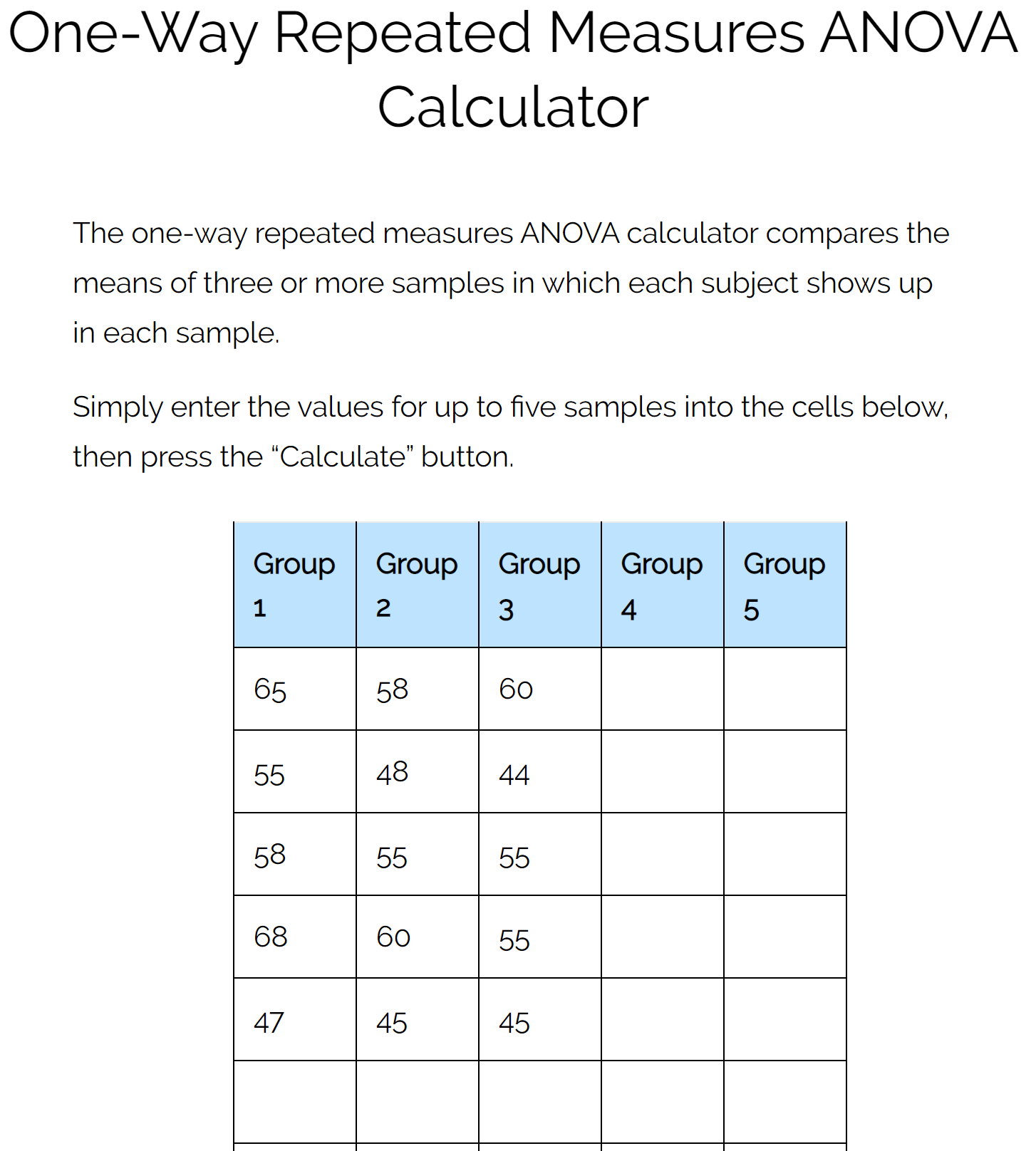 Once we click “Calculate” then the following output will automatically appear:

Since this p-value is less than 0.05, we reject the null hypothesis. This means we have sufficient evidence to say that there is a statistically significant difference between the mean resting heart rate at the three different points in time.