This tutorial explains how to conduct a one-way repeated measures ANOVA in SPSS.

Perform the following steps to conduct the repeated measures ANOVA in SPSS. 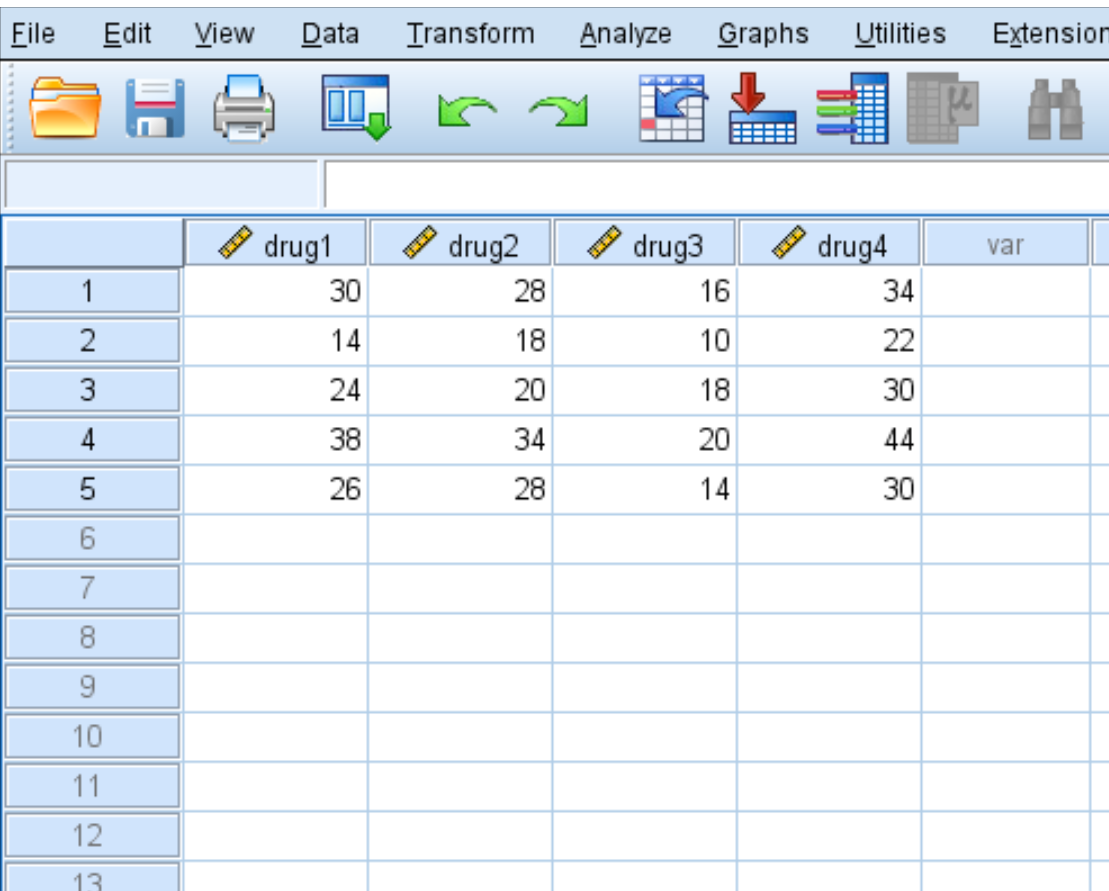 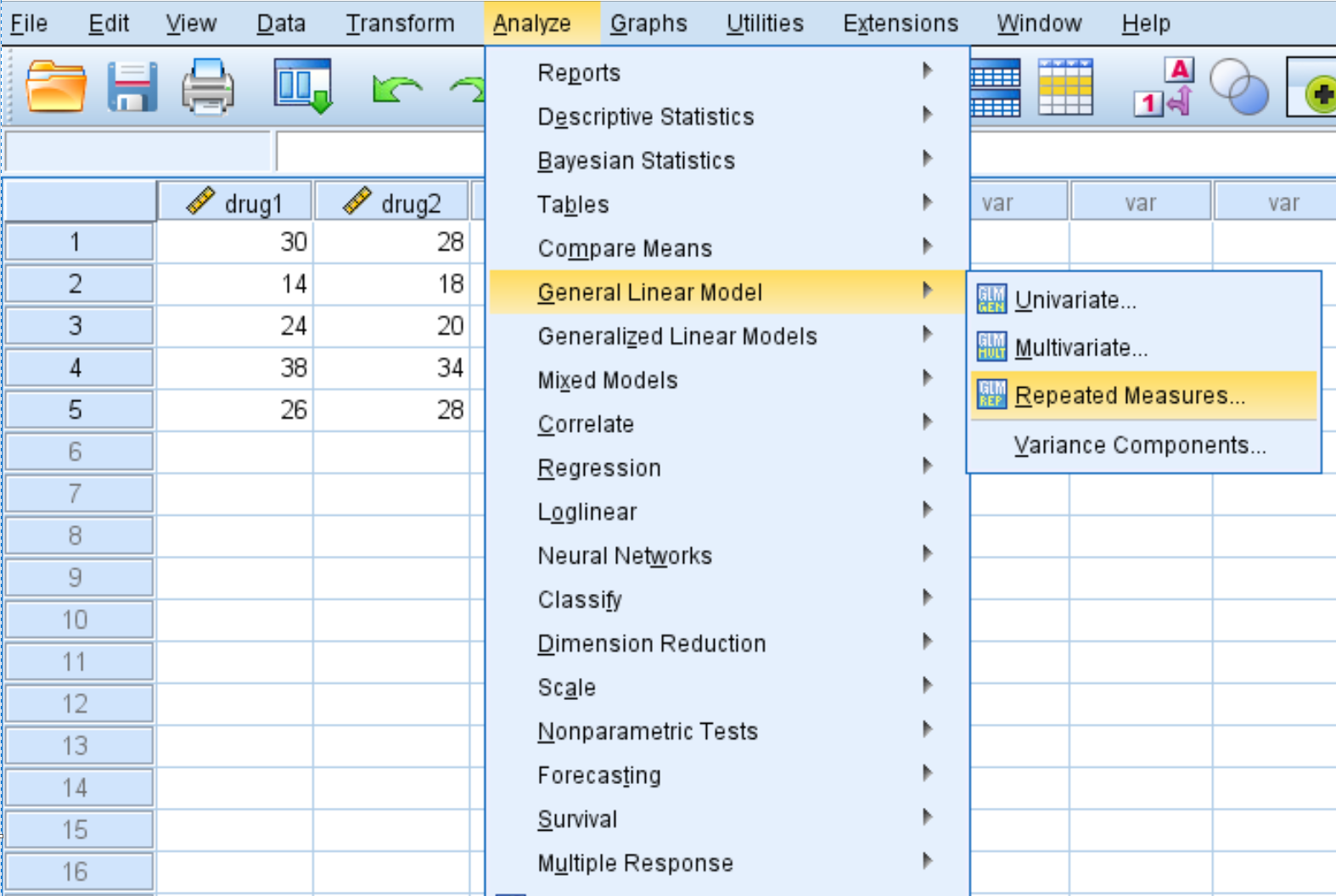 In the new window that pops up, type in the drug for the Within-Subject Factor Name. Type in 4 for the Number of Levels (since each subject in the study tested 4 different drugs), then click Add. Type in responseTime for the Measure Name, then click Add. Lastly, click Define. 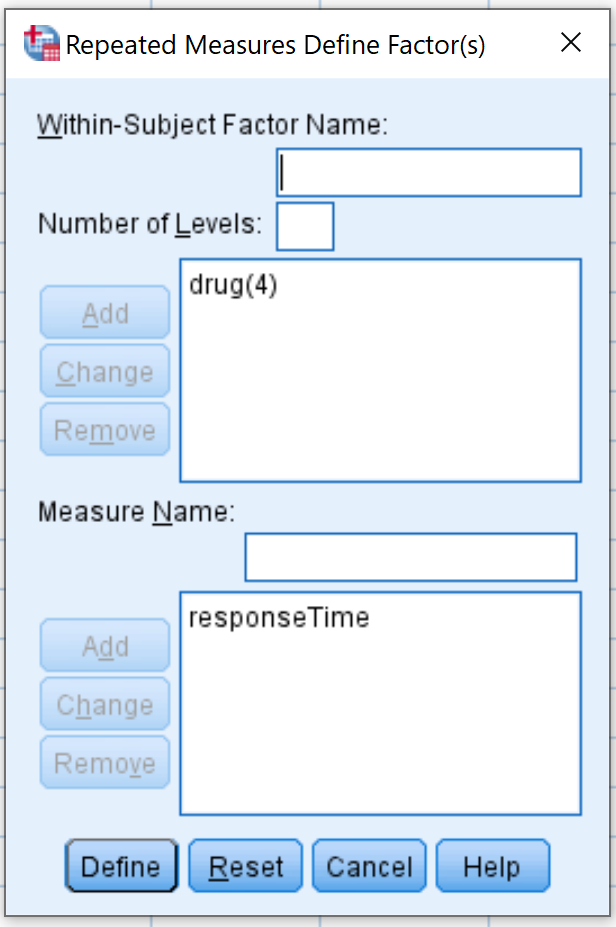 In the new window that pops up, drag each of the four drug variables into the box labelled Within-Subjects Variables: 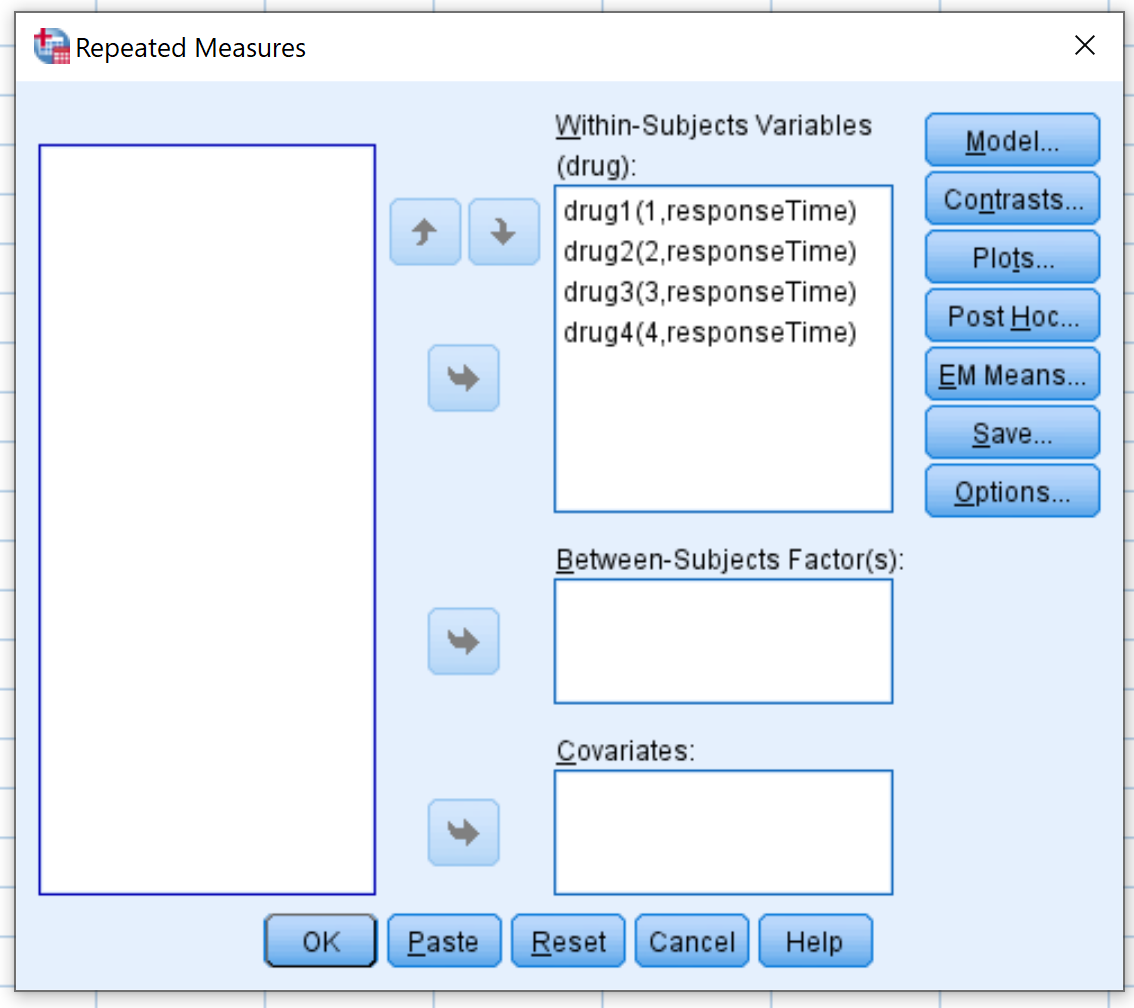 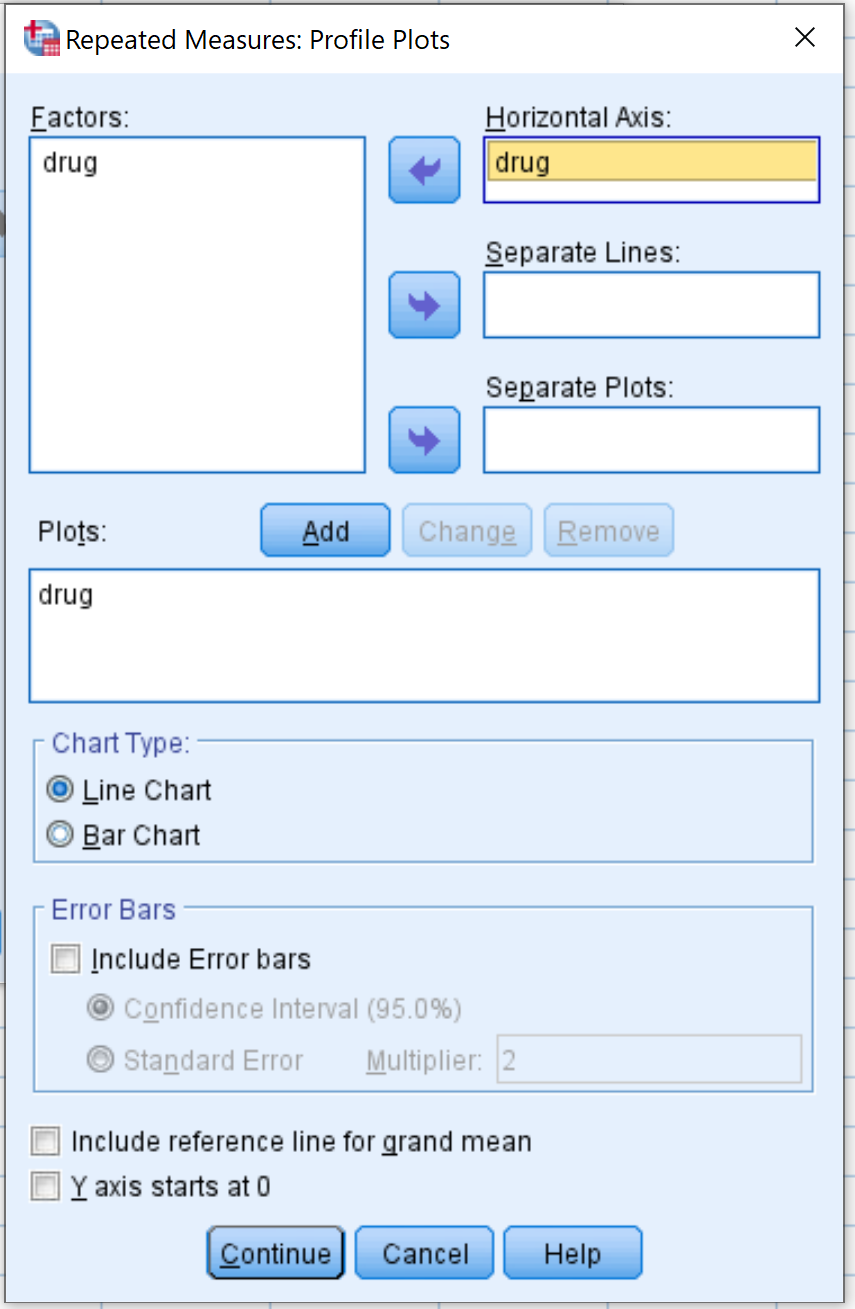 Next, click EM Means. Drag the variable drug into the box labelled Display Means for. Then check the box next to Compare main effects and select Bonferroni from the dropdown menu. Then click Continue. 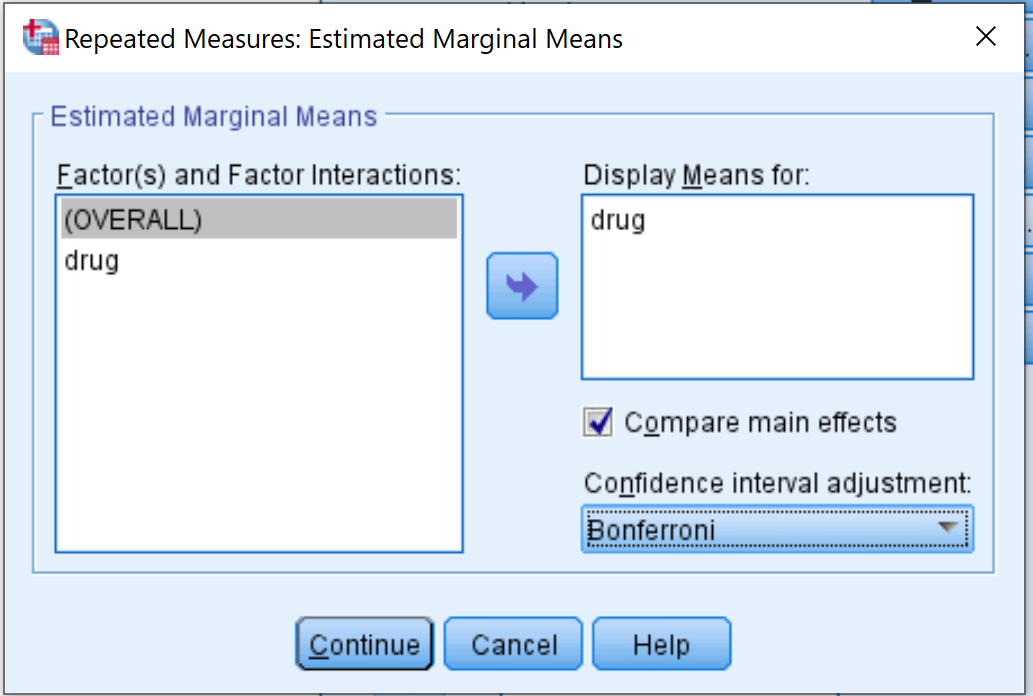 Once you click OK, the results of the repeated measures ANOVA will appear. Here is how to interpret the output:

This table displays the overall F-statistic and the corresponding p-value of the repeated measures ANOVA. Typically we use the values in the row titled Greenhouse-Geisser.

According to this row, the F-statistic is 24.759 and the corresponding p-value is .001. Since this p-value is less than .05, we can reject the null hypothesis and conclude that there is a statistically significant difference in mean response times between the four drugs. 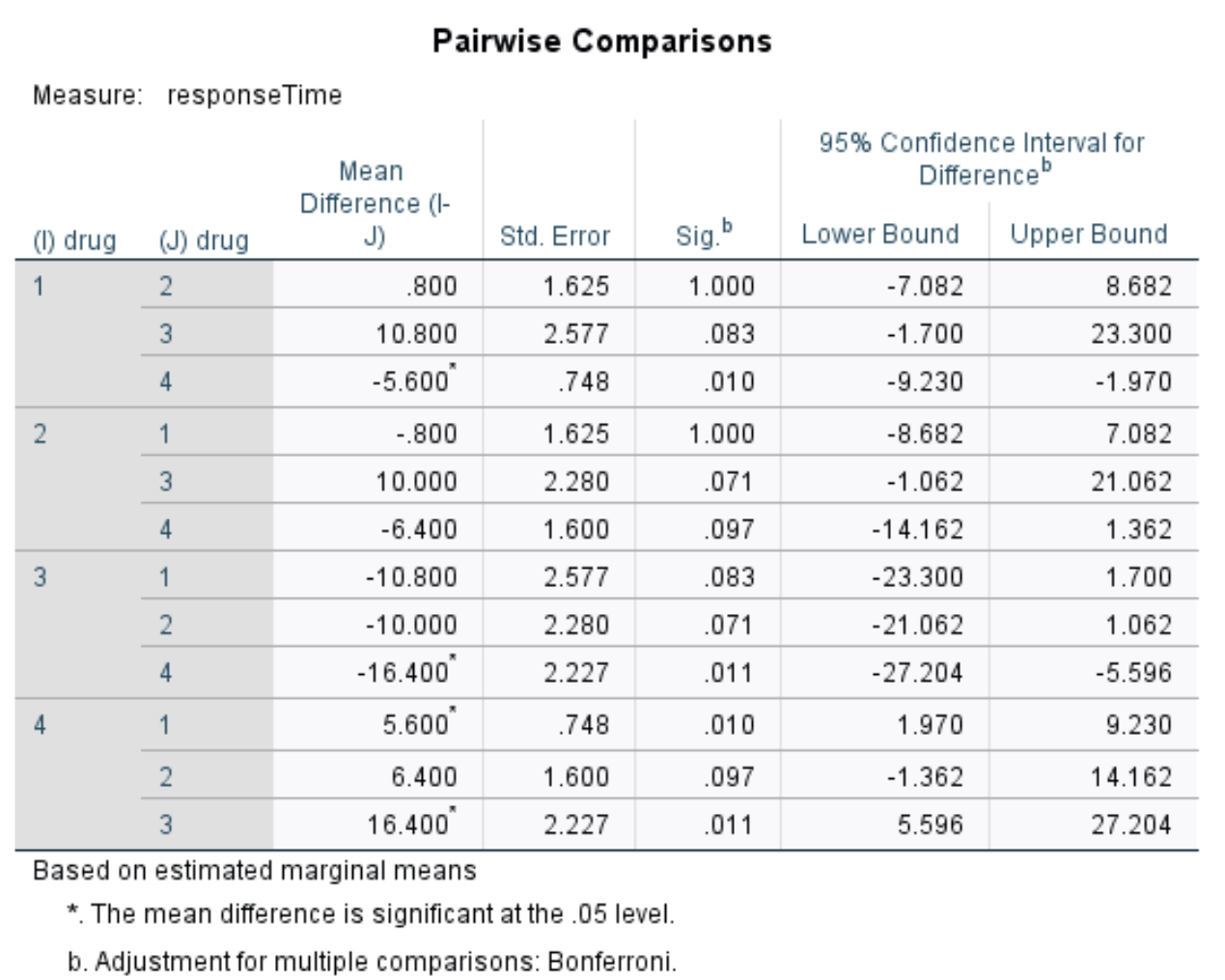 From the table we can see the p-values for the following comparisons:

This plot displays the estimated mean response times for each drug. From the plot we can clearly see that response times varied noticeably between the four different drugs: 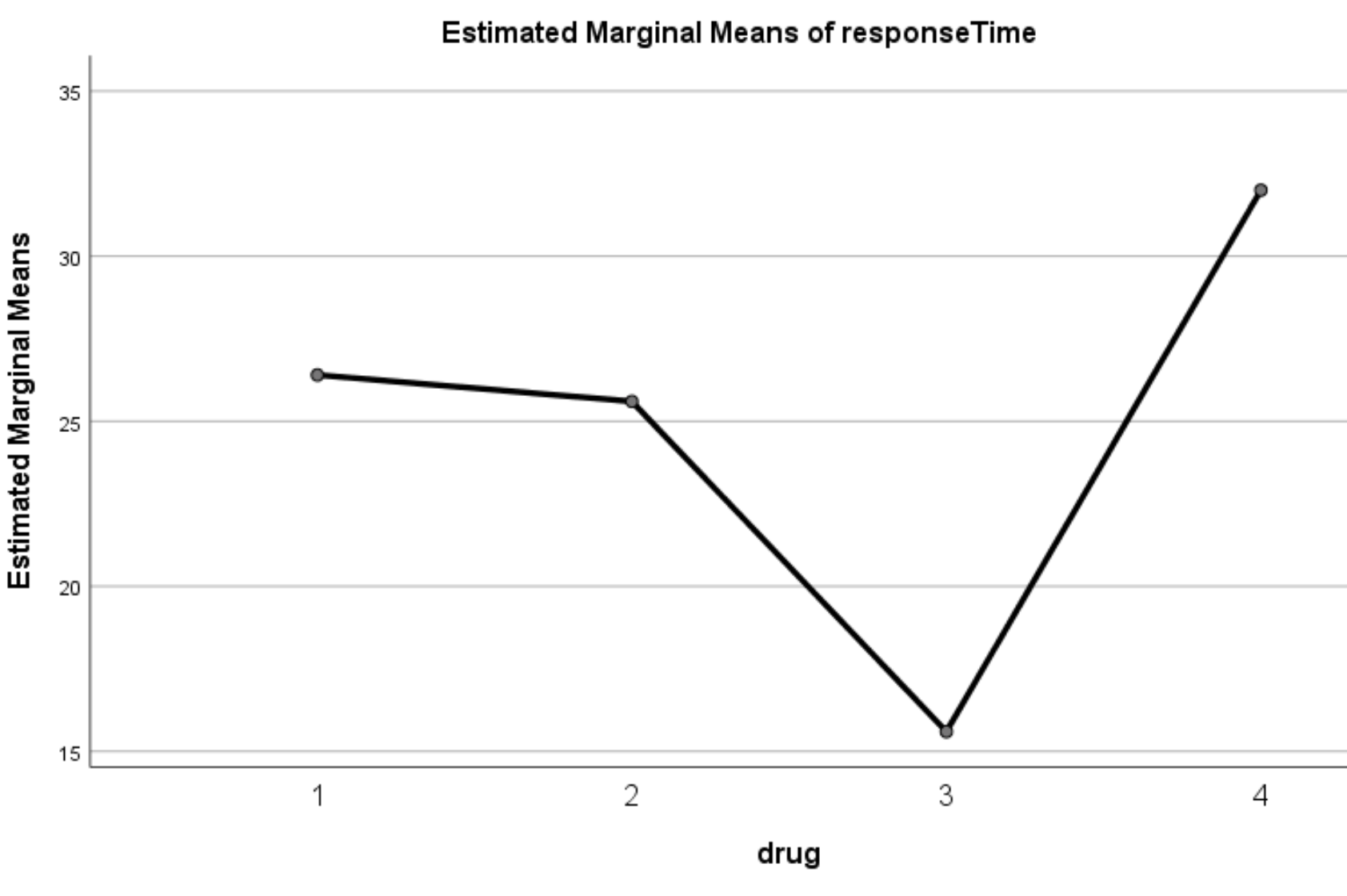 Lastly, we can report the results of the repeated measures ANOVA. Here is an example of how to do so:

A one-way repeated measures ANOVA was performed to determine if the mean reaction time in patients differed between four different drugs.

Bonferroni’s test for multiple comparisons found that there was a statistically significant difference in response times between patients on drug 1 vs. drug 4 along with drug 3 vs. drug 4.