Simple linear regression is a method that can be used to quantify the relationship between one or more predictor variables and a response variable.

A simple linear regression model takes on the following form:

A modified version of this model is known as regression through the origin, which forces y to be equal to 0 when x is equal to 0.

This type of model takes on the following form:

Notice that the intercept term has been completely dropped from the model.

This model is sometimes used when researchers know that the response variable must be equal to zero when the predictor variable is equal to zero.

In the real world, this type of model is used most commonly in forestry or ecology studies.

For example, researchers may use tree circumference to predict tree height. If a given tree has a circumference of zero, it must have a height of zero.

Thus, when fitting a regression model to this data it wouldn’t make sense for the intercept term to be non-zero.

The following example shows the difference between fitting an ordinary simple linear regression model compared to a model that implements regression through the origin.

Example: Regression Through the Origin

Suppose a biologist wants to fit a regression model using tree circumference to predict tree height. She goes out and collects the following measurements for a sample of 15 trees: 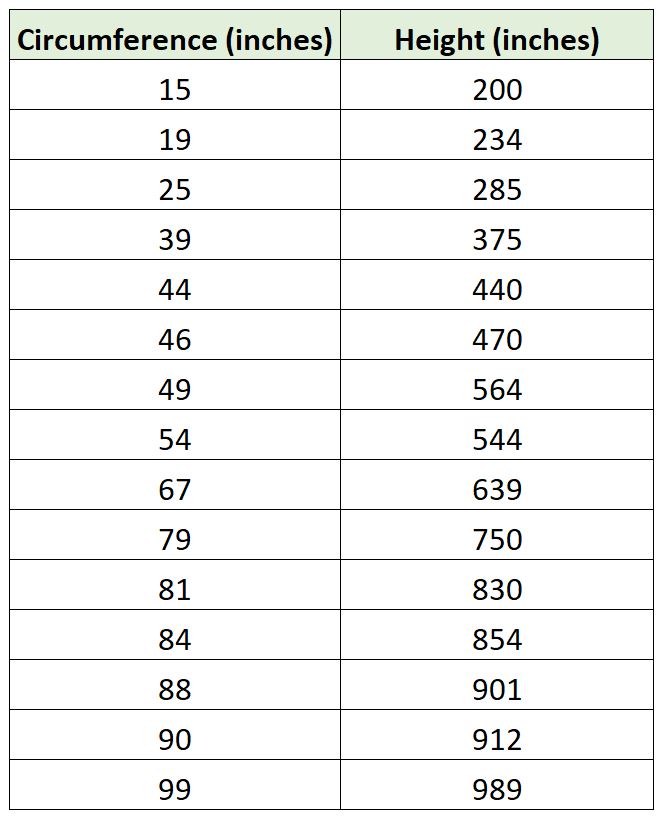 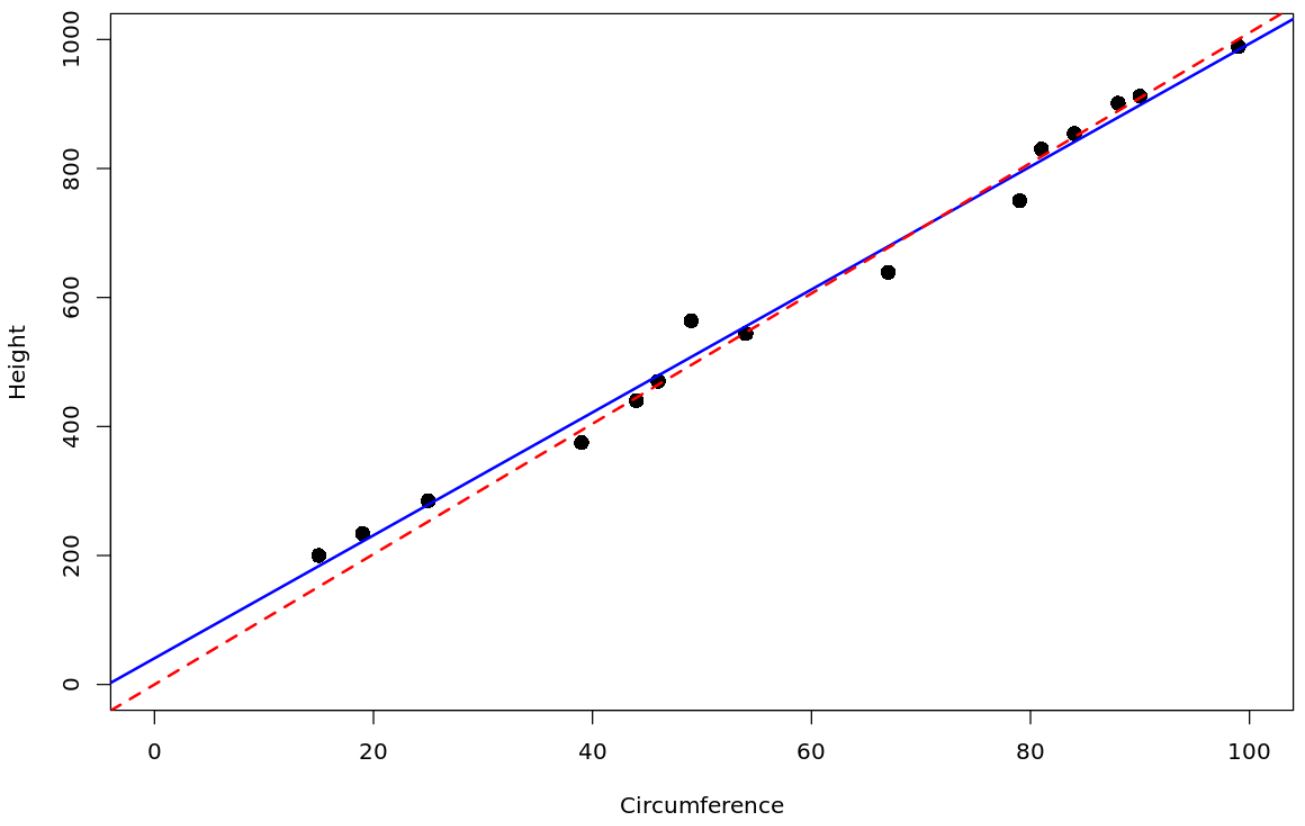 We can use the following code in R to get the coefficient estimates for each model:

The fitted equation for the simple linear regression model is:

And the fitted equation for the regression model through the origin is:

Notice that the coefficient estimates for the circumference variable are slightly different.

Cautions on Using Regression Through the Origin

And if you’re using regression through the origin to save one degree of freedom from estimating the intercept, this rarely makes a substantial difference if your sample size is large enough.

If you do choose to use regression through the origin, be sure to state your reasoning in your final analysis or report.