Referral bias is a type of bias that occurs when the types of individuals included in a study are not representative of the individuals in the overall population. 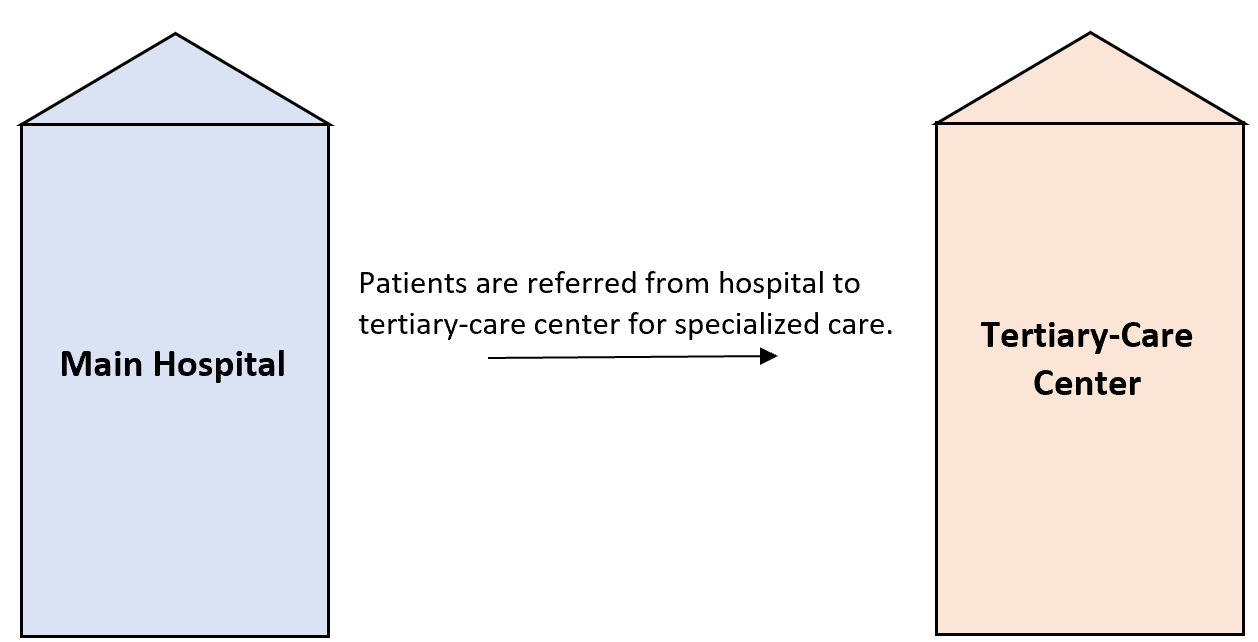 In most cases, only patients who are healthy enough to survive the relocation to a tertiary-care center are actually transferred which means the patients that are treated in these centers tend to be healthier, on average, compared to the overall population of patients who suffer from the condition. 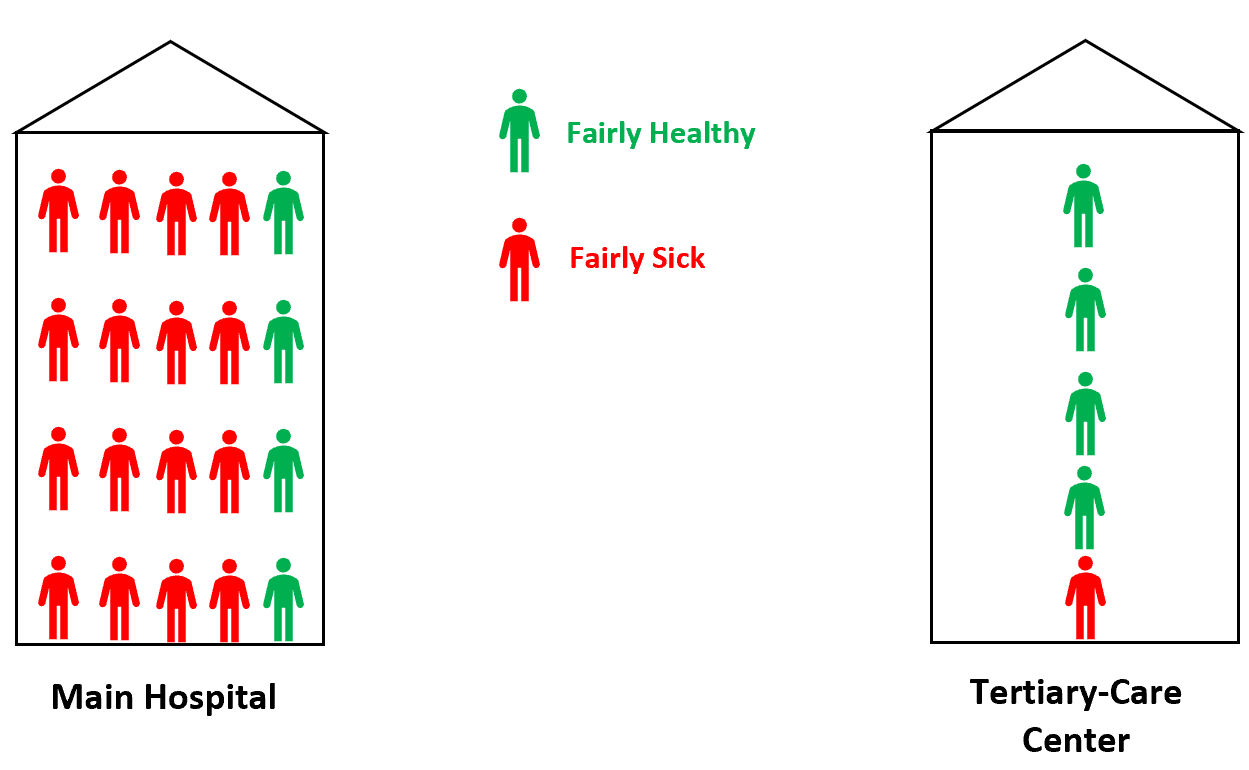 Thus, when researchers analyze the recovery rates of these patients in tertiary-care centers it’s likely that the recovery rates will be much higher compared to the overall population of patients admitted into the hospital since the individuals were healthier to start with. 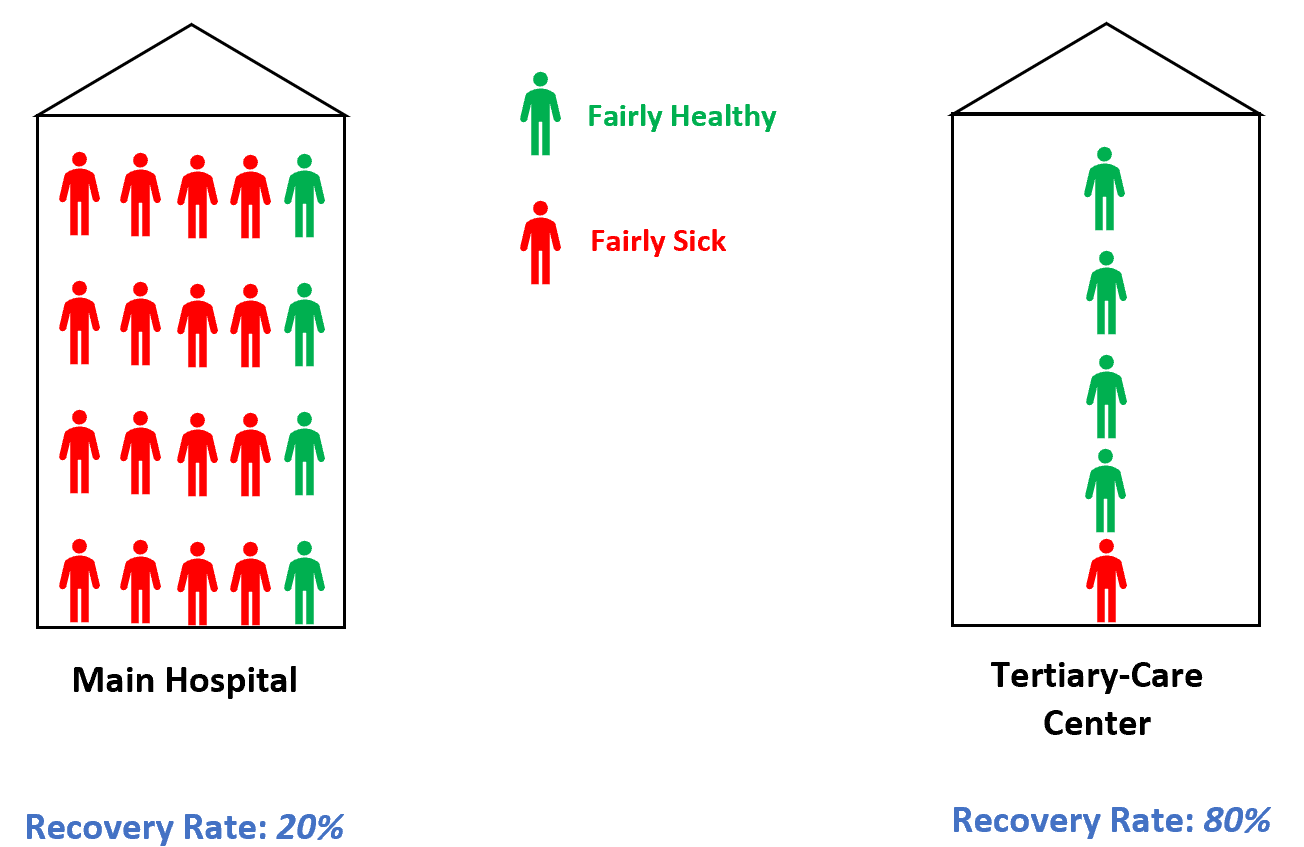 As a result, researchers may inaccurately conclude that a certain disease or medical condition is less severe than it actually is because they’re analyzing a sample of patients that is not representative of the population.

Also, researchers may inaccurately conclude that a certain facility is more capable of treating patients with a certain disease effectively because the recovery rate or survival rate is extremely high.

However, these rates may only be high because the sample of patients that receive treatment in these centers are already quite healthy.

Factors that Lead to Referral Bias

In the previous example we saw that health was a factor that could cause referral bias.

Other factors that could also affect the likelihood of a patient to be transferred to a tertiary-care center (and thus lead to referral bias) include:

Each of these factors could cause the sample of patients that receive care at a tertiary-care center to be quite different from the population of patients that actually come to the hospital, which could result in referral bias.

Refer to this research study on patients with gram-negative bloodstream infections for a real-life example of referral bias.

Other types of biases that can occur in research include:

Refer to this tutorial for a background on the importance of representative samples in research.