R-squared, often written as r2, is a measure of how well a linear regression model fits a dataset.

In technical terms, it is the proportion of the variance in the response variable that can be explained by the predictor variable.

The following example shows how to calculate R-squared for two variables in Google Sheets.

Suppose we have the following data for the number of hours studied and the exam score received for 20 students: 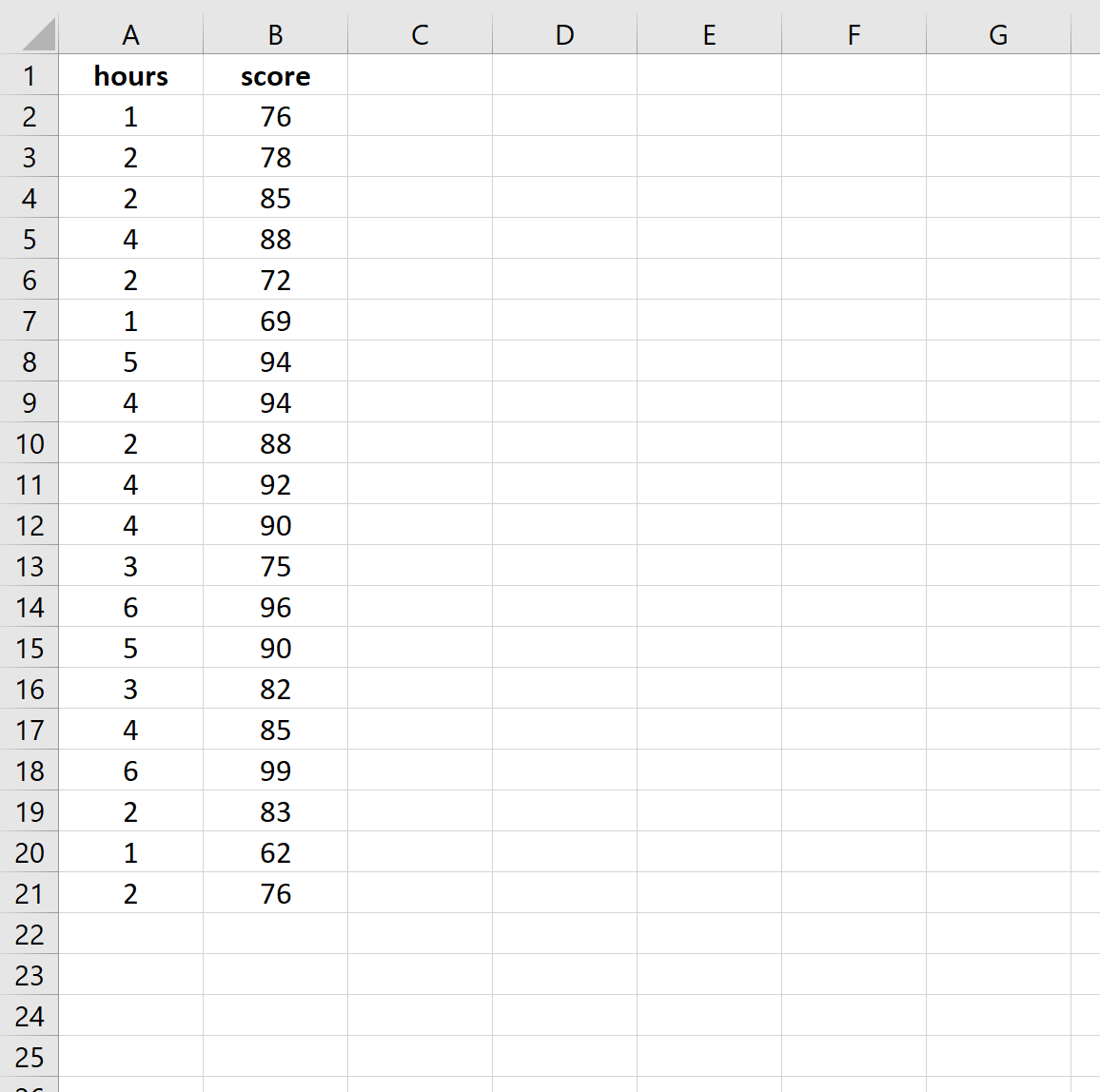 Now suppose we want to fit a simple linear regression model, using “hours” as the predictor variable and “score” as the response variable.

To find the R-squared for this model, we can use the RSQ() function in Google Sheets, which uses the following syntax:

In our example, we can type the following formula into cell D2: 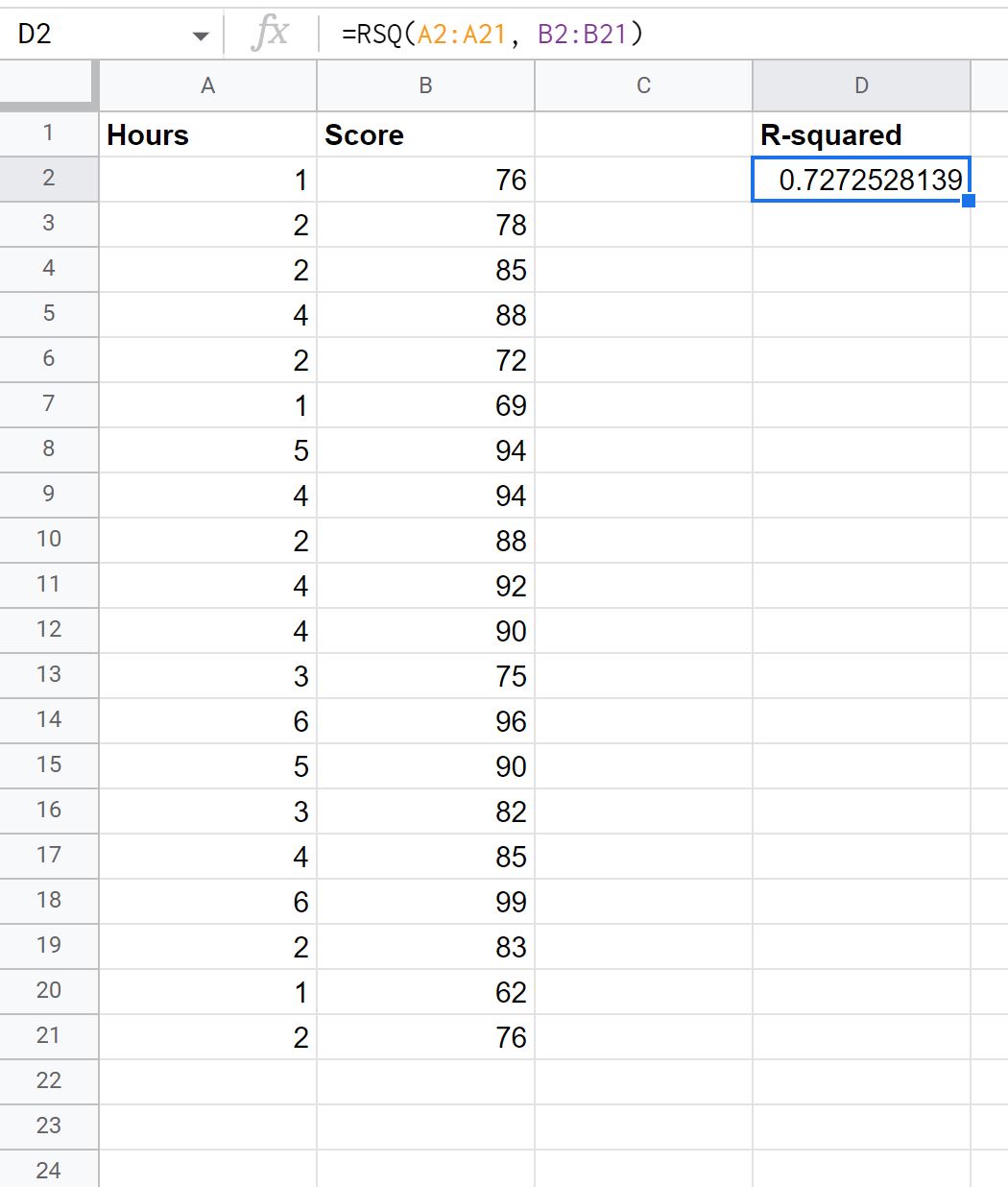 This means that 72.73% of the variation in the exam scores can be explained by the number of hours studied.