The easiest way to create a multi-line comment in RStudio is to highlight the text and press Ctrl + Shift + C.

You can just as easily remove the comment by highlighting the text again and pressing Ctrl + Shift + C.

The following example shows how to do this in practice.

Suppose we have the following script in RStudio: 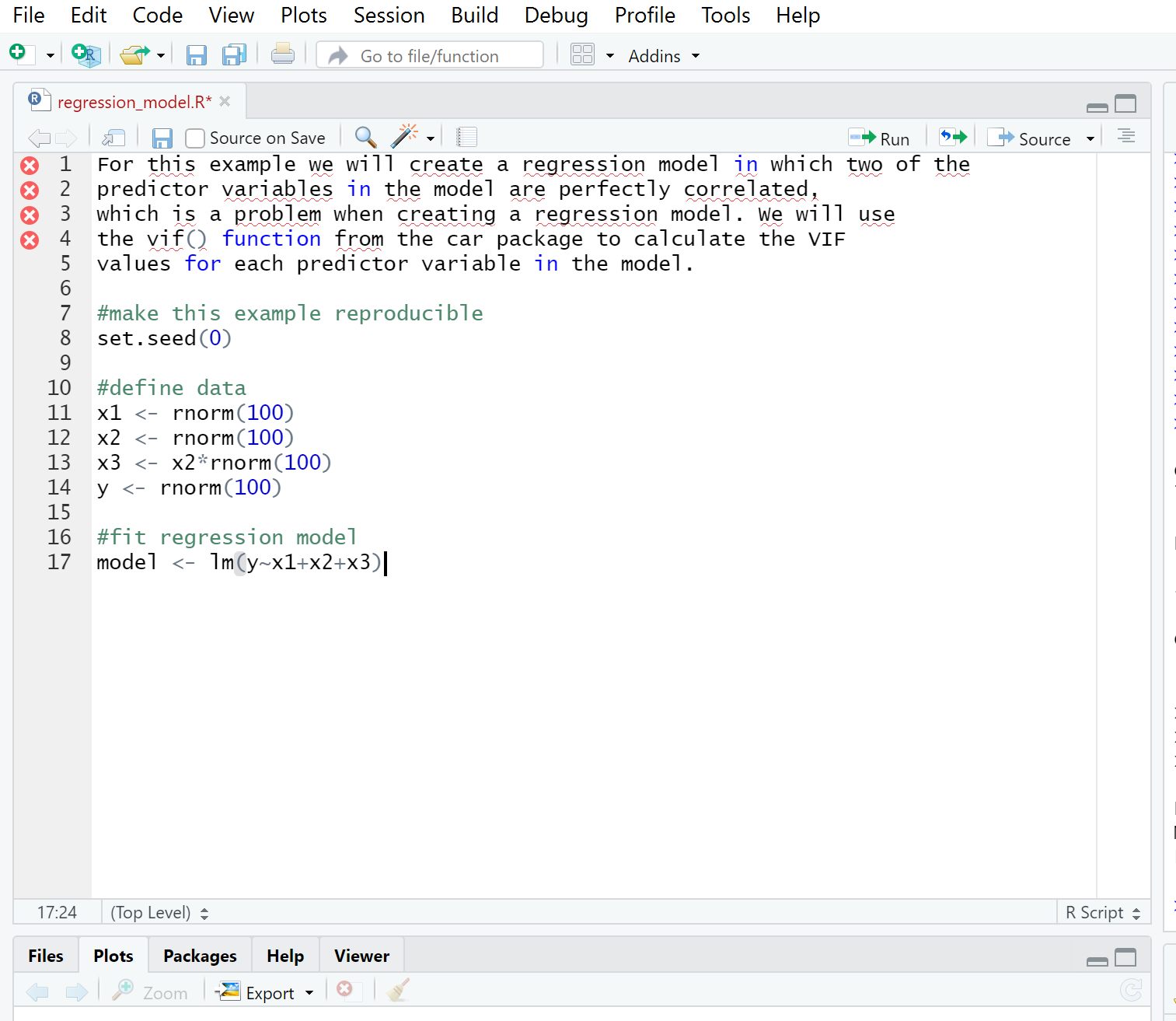 The first five rows of the script simply describe what the rest of the script does. Thus, we want to turn these rows into comments. 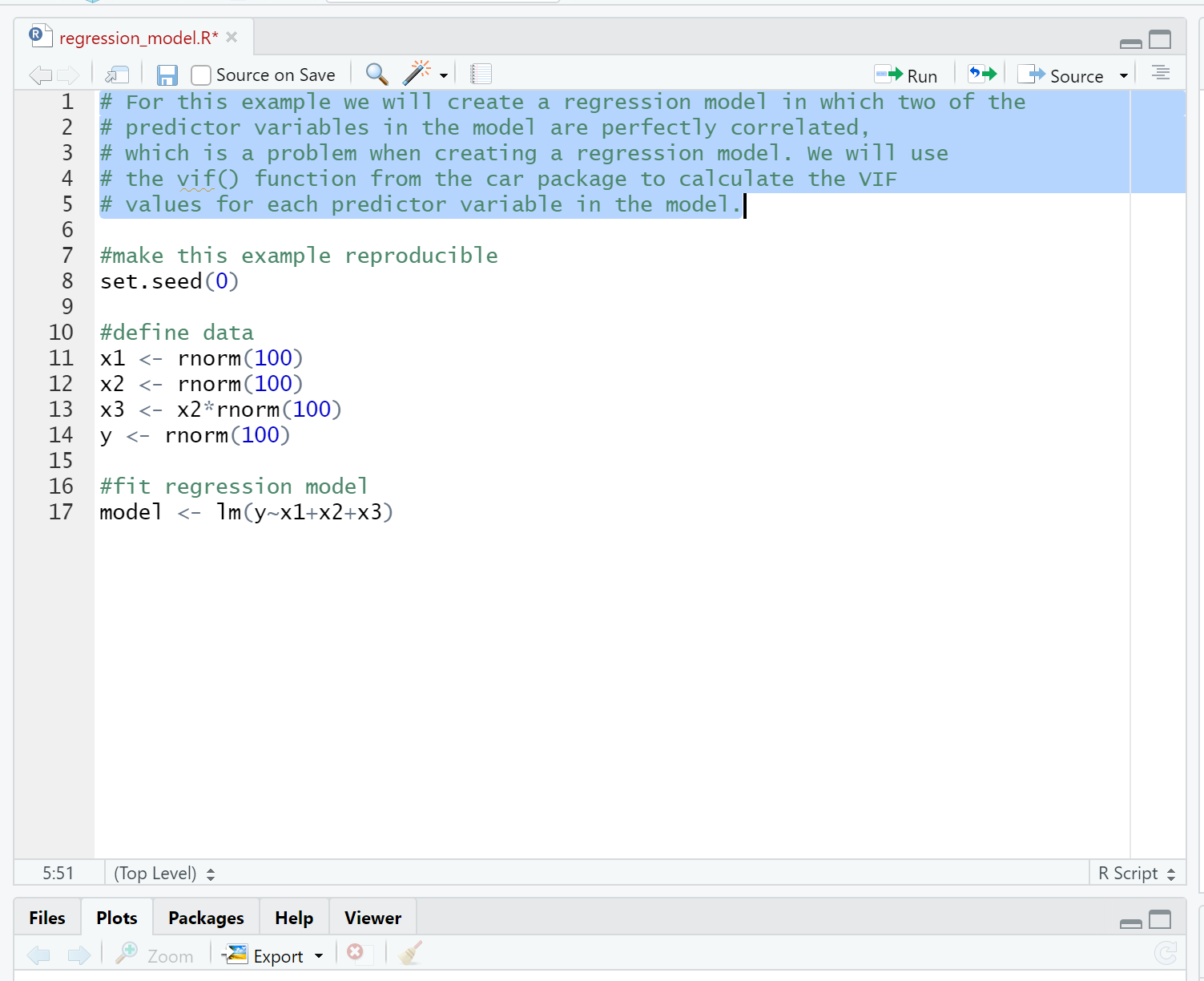 Notice that the # symbol has been placed in front of each line, which indicates that the entire line is a comment.

We can just as easily uncomment the first five rows by highlighting each row and pressing Ctrl + Shift + C once again: 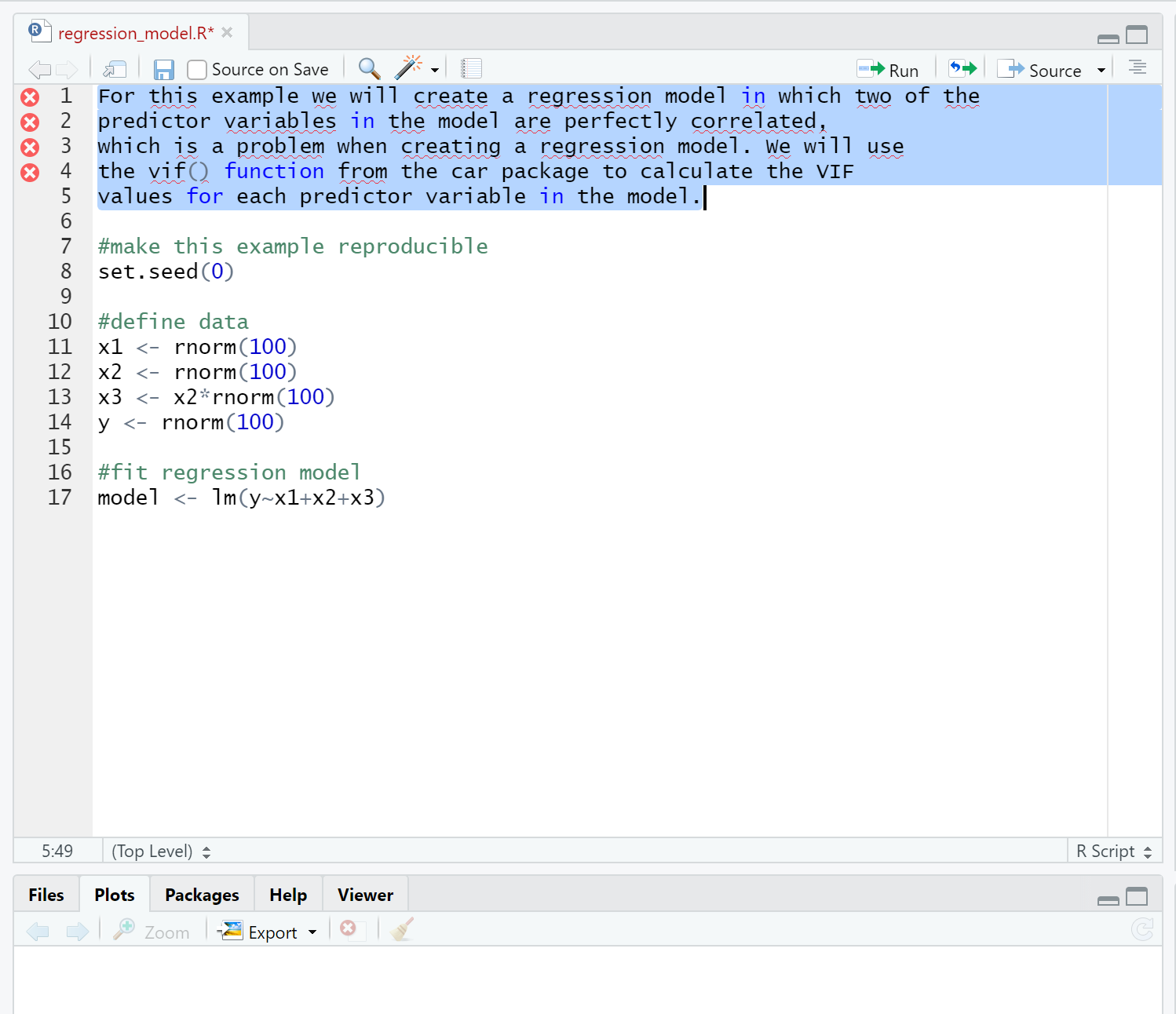 Note that the # symbol has been removed from each of the first five lines, which indicates that each line is no longer a comment.

Note that you can press command + Shift + C to perform the exact same action in OS-X.

The following tutorials explain how to perform other common operations in R: