An R file is a script written in the R programming language.

These files end with an .R extension. For example, an R script might be saved as my_script.R.

These files are typically used within RStudio, an interactive environment where you can work with R code.

The following example shows how to open an R script in RStudio in practice.

Suppose I have an R script called my_script.R saved on my Desktop. 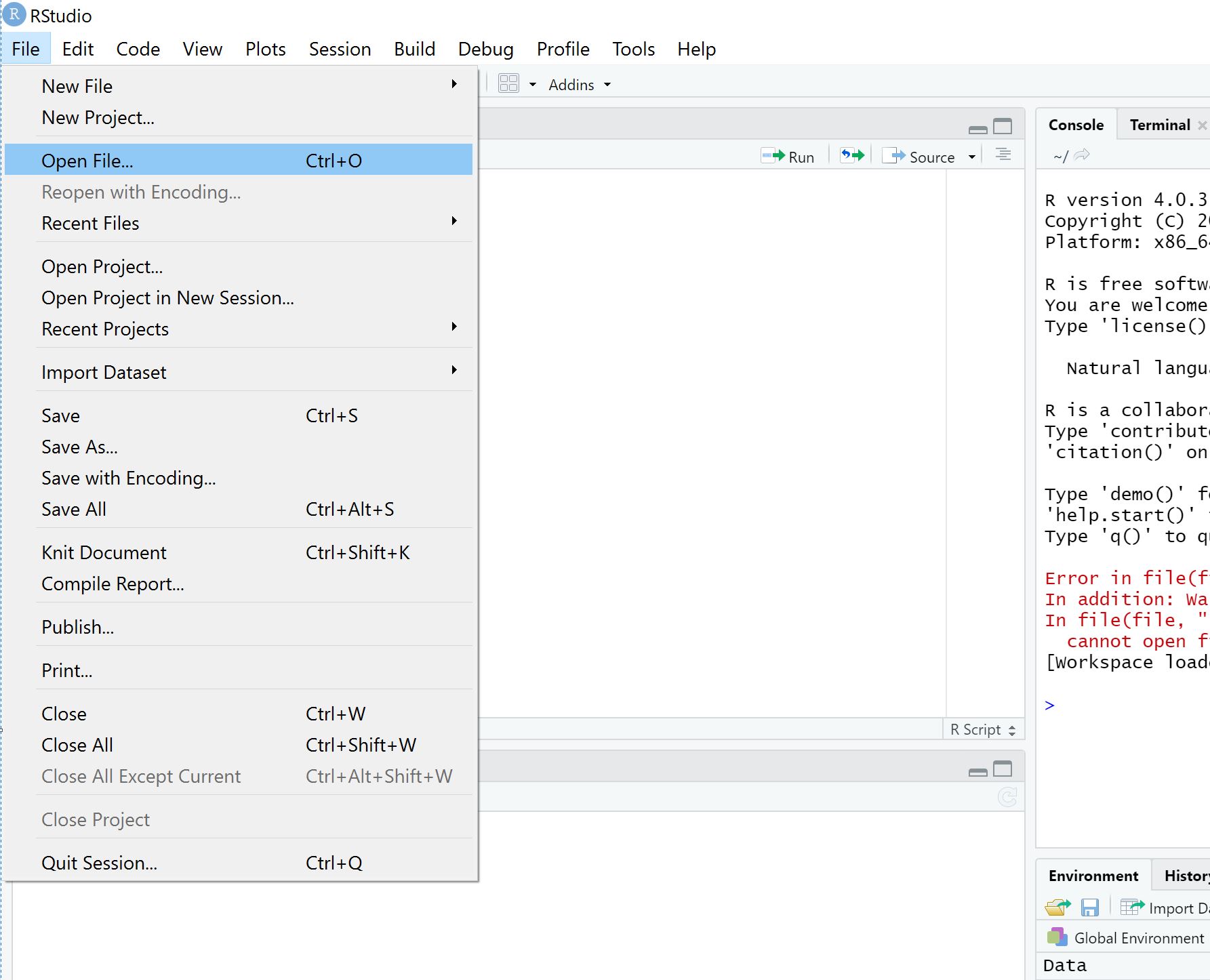 I can then navigate to Desktop and double click on the my_script.R file: 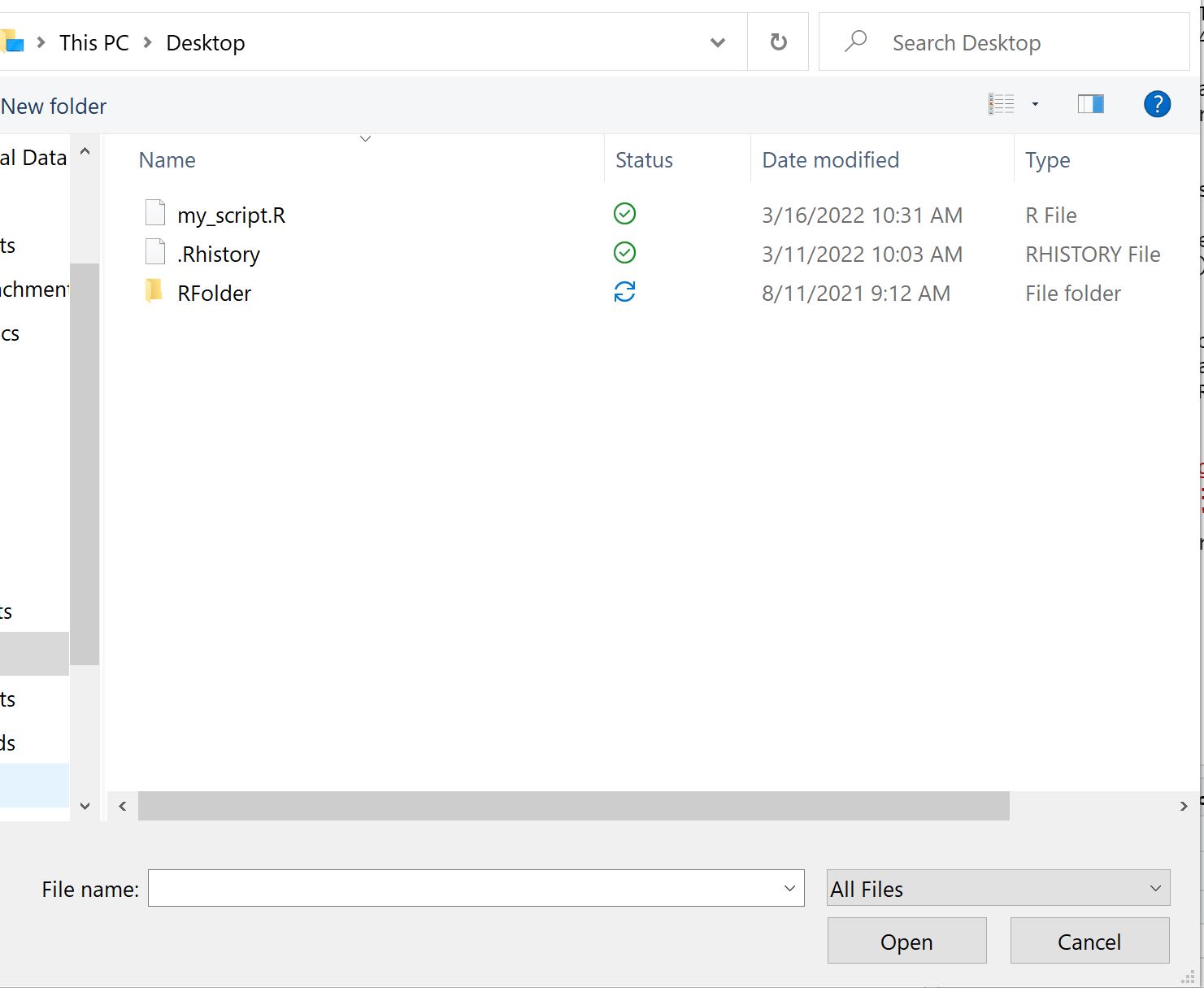 The R script will automatically open in RStudio:

You can now edit the R script or run the code that already exists within it.

It’s also worth noting that if the current working directory already contains the R script you’re interested in, you can open the R script by typing the following code in RStudio:

The R script will automatically open in RStudio.

The following tutorials explain how to use other common functions in R: