Linear regression is a method we can use to understand the relationship between one or more explanatory variables and a response variable.

This tutorial explains how to perform quantile regression in Stata.

Use the following command to load the data:

Use the following command to get a summary of the variables mpg and weight:

Use the following command to perform simple linear regression, using weight as the explanatory variable and mpg as the response variable:

From the output table we can see that the estimated regression equation is:

We can use this equation to find the estimated average mpg for a car, given its weight. For example, a car that weighs 4,000 pounds is estimated to have mpg of 15.405:

Next, let’s perform quantile regression to get the estimated 90th percentile of a car’s mpg, based on its weight.

Use the qreg command along with quantile(0.90) to perform this quantile regression:

From the output table we can see that the estimated regression equation is:

Multiple Quantile Regressions at Once in Stata

It’s also possible to perform multiple quantile regressions at once in Stata. For example, suppose we are interested in estimating the 25th percentile, the median (e.g. 50th percentile), and the 90th percentile all at once.

To do so, we can use the sqreg command along with the q() command to specify which quantiles to estimate: 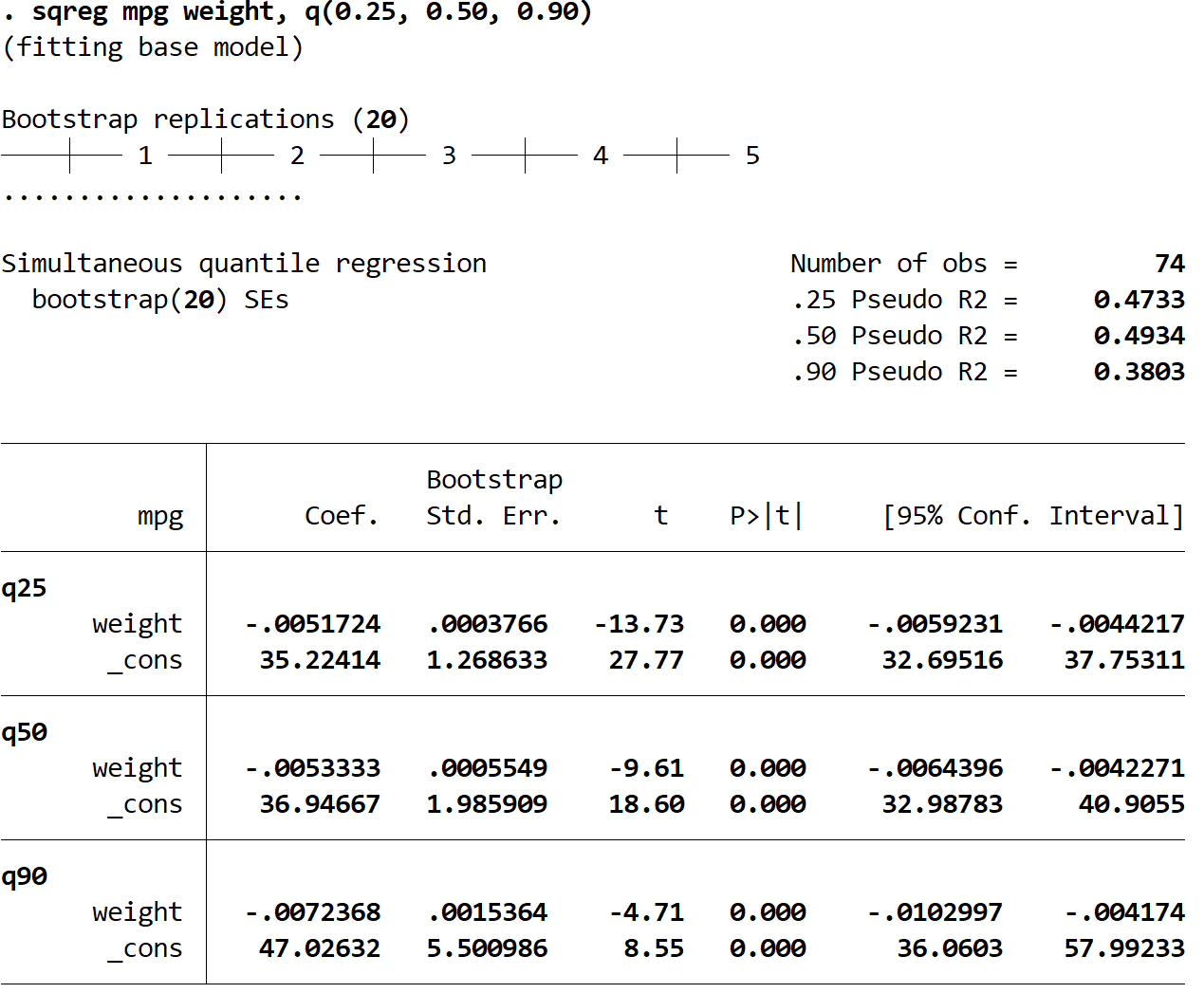 Using this output, we can construct the estimated regression equations for each quantile regression: