Linear regression is a method we can use to understand the relationship between one or more predictor variables and a response variable.

Typically when we perform linear regression, we’re interested in estimating the mean value of the response variable.

To perform quantile regression in R we can use the rq() function from the quantreg package, which uses the following syntax:

This tutorial provides a step-by-step example of how to use this function to perform quantile regression in R.

For this example we’ll create a dataset that contains the hours studied and the exam score received for 100 different students at some university:

Next, we’ll fit a quantile regression model using hours studied as the predictor variable and exam score as the response variable.

We’ll use the model to predict the expected 90th percentile of exam scores based on the number of hours studied:

From the output, we can see the estimated regression equation:

For example, the 90th percentile of scores for all students who study 8 hours is expected to be 79.75:

The output also displays the upper and lower confidence limits for the intercept and the predictor variable hours.

We can also visualize the results of the regression by creating a scatterplot with the fitted quantile regression equation overlaid on the plot: 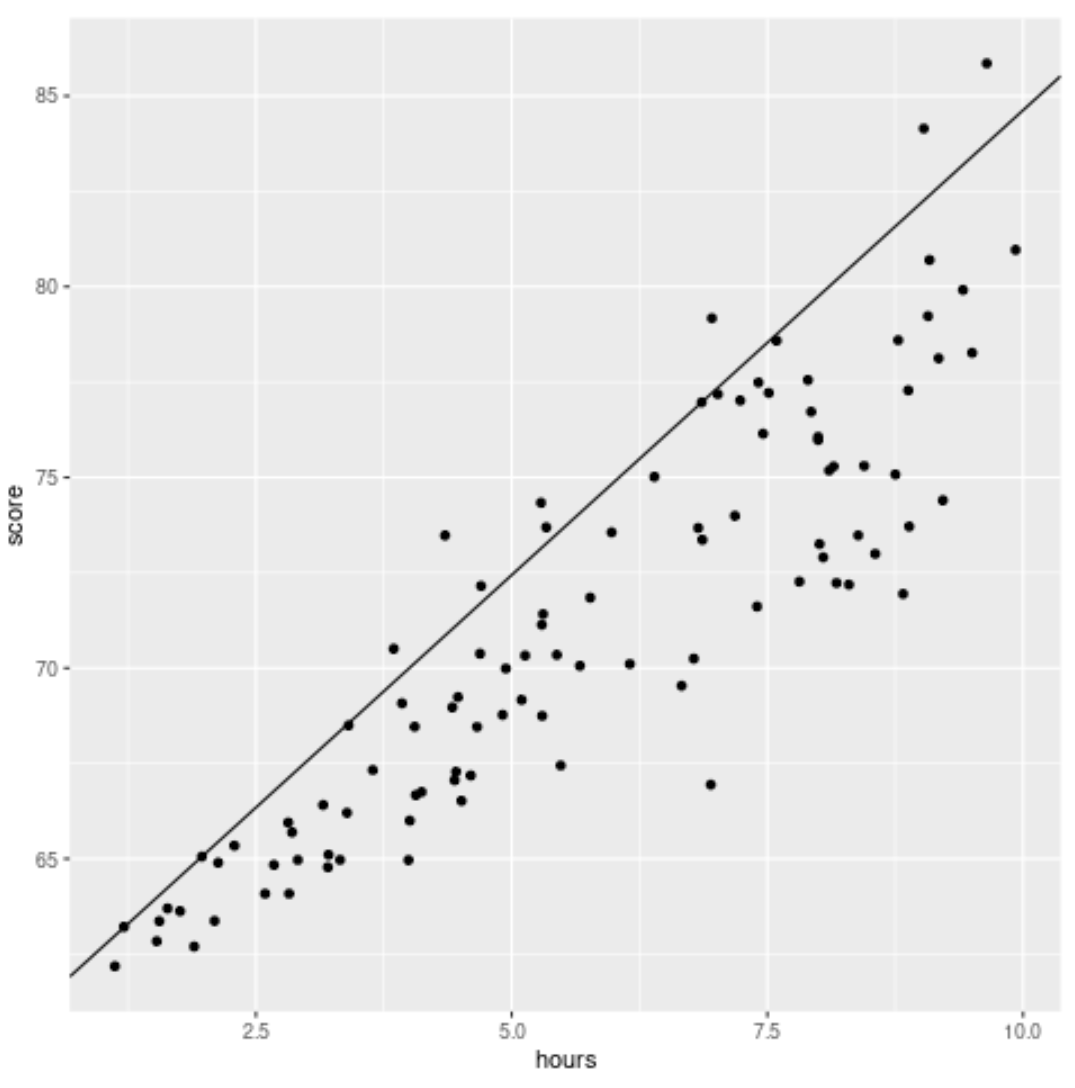 Unlike a traditional linear regression line, notice that this fitted line doesn’t go through the heart of the data. Instead, it goes through the estimated 90th percentile at each level of the predictor variable. 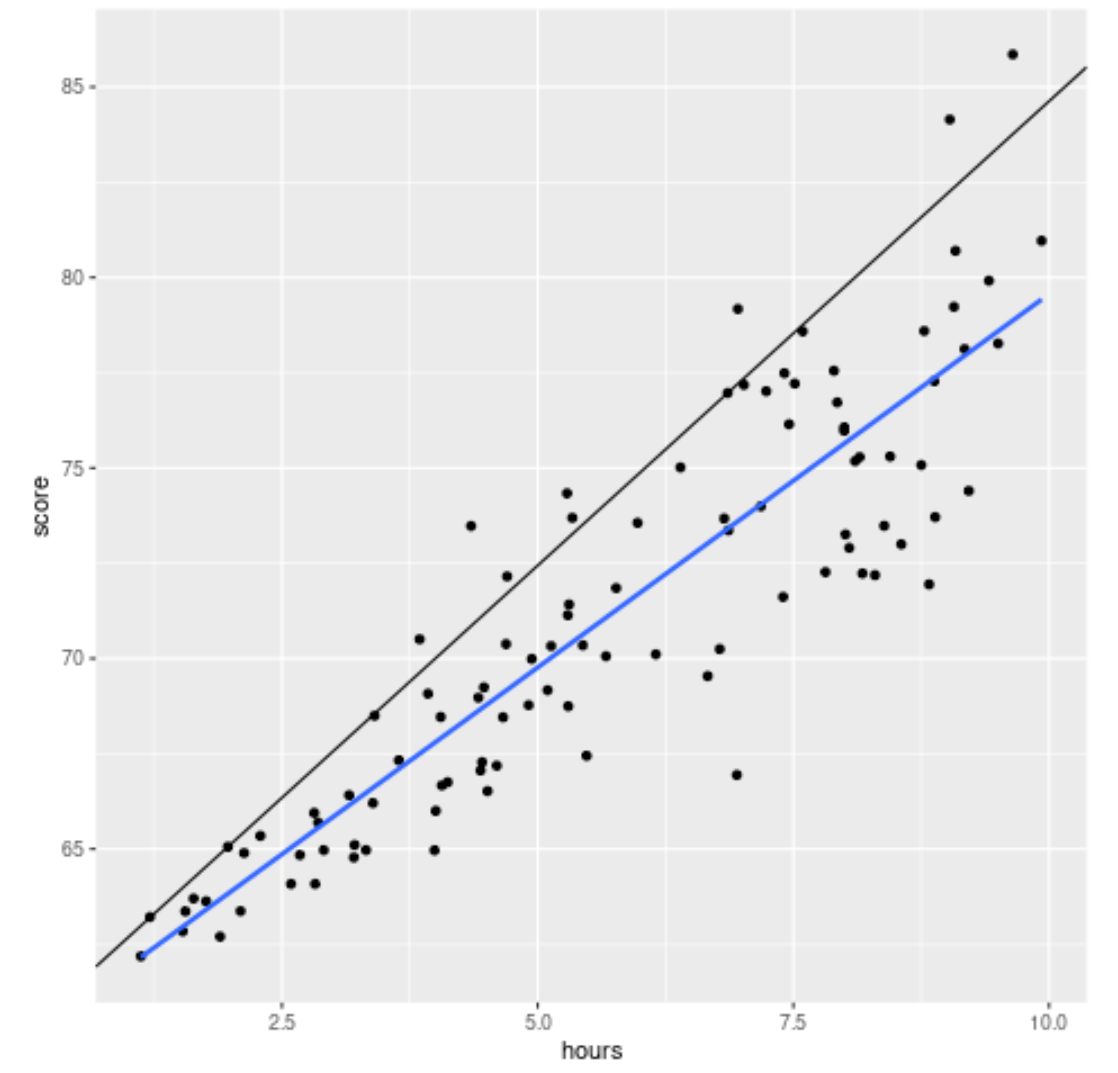 As expected, the simple linear regression line goes straight through the data and shows us the mean estimated value of exam scores at each level of hours.