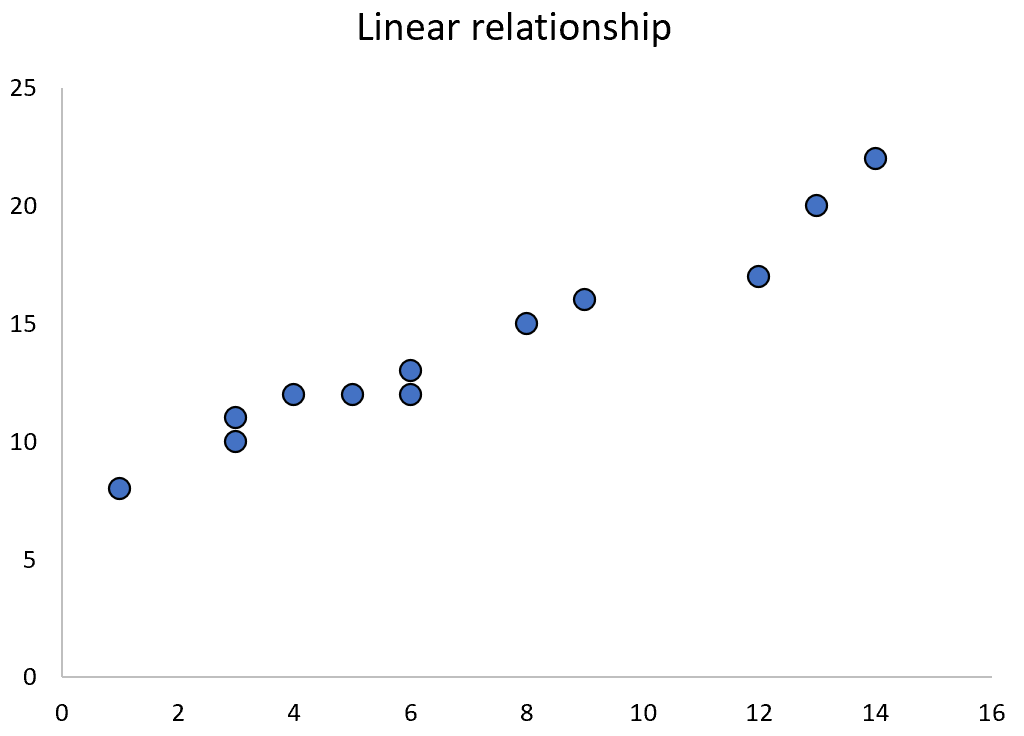 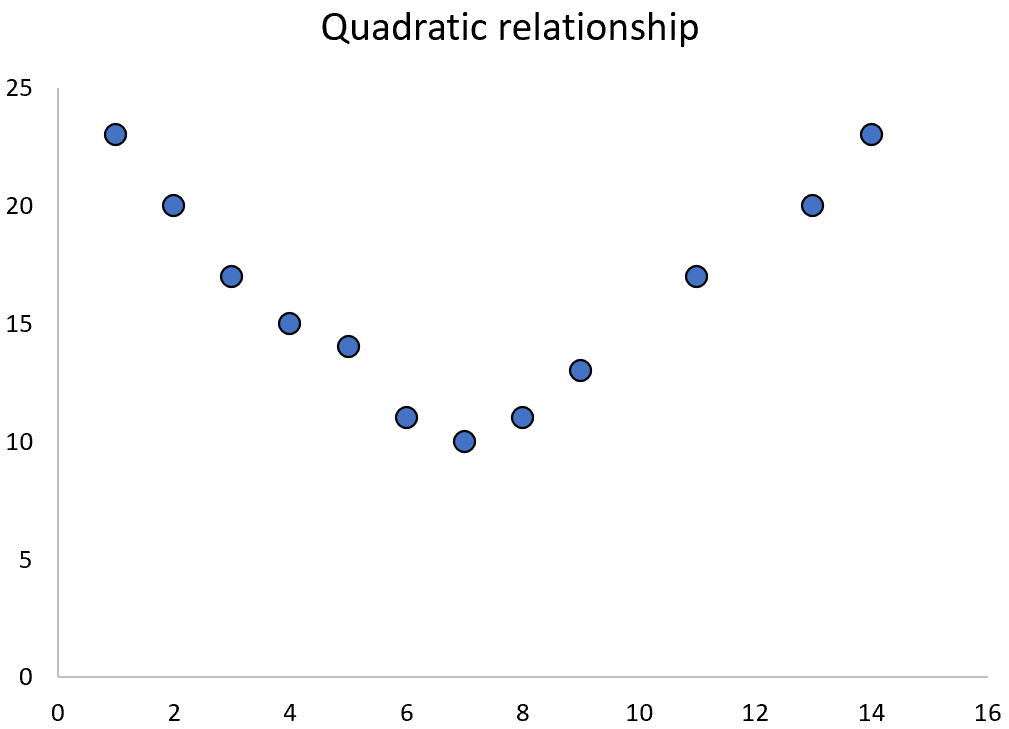 This tutorial explains how to perform quadratic regression on a TI-84 Calculator. 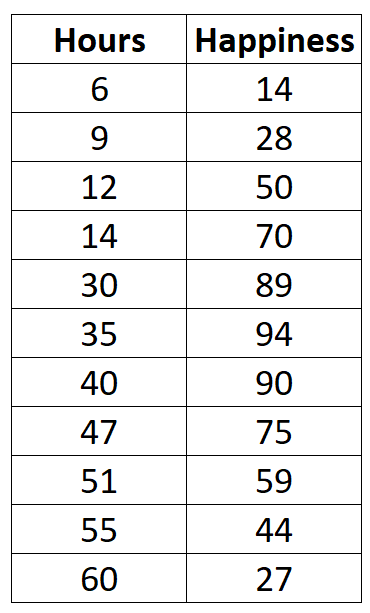 Use the following steps to perform a quadratic regression on a TI-84 calculator.

Before we can use quadratic regression, we need to make sure that the relationship between the explanatory variable (hours) and response variable (happiness) is actually quadratic. 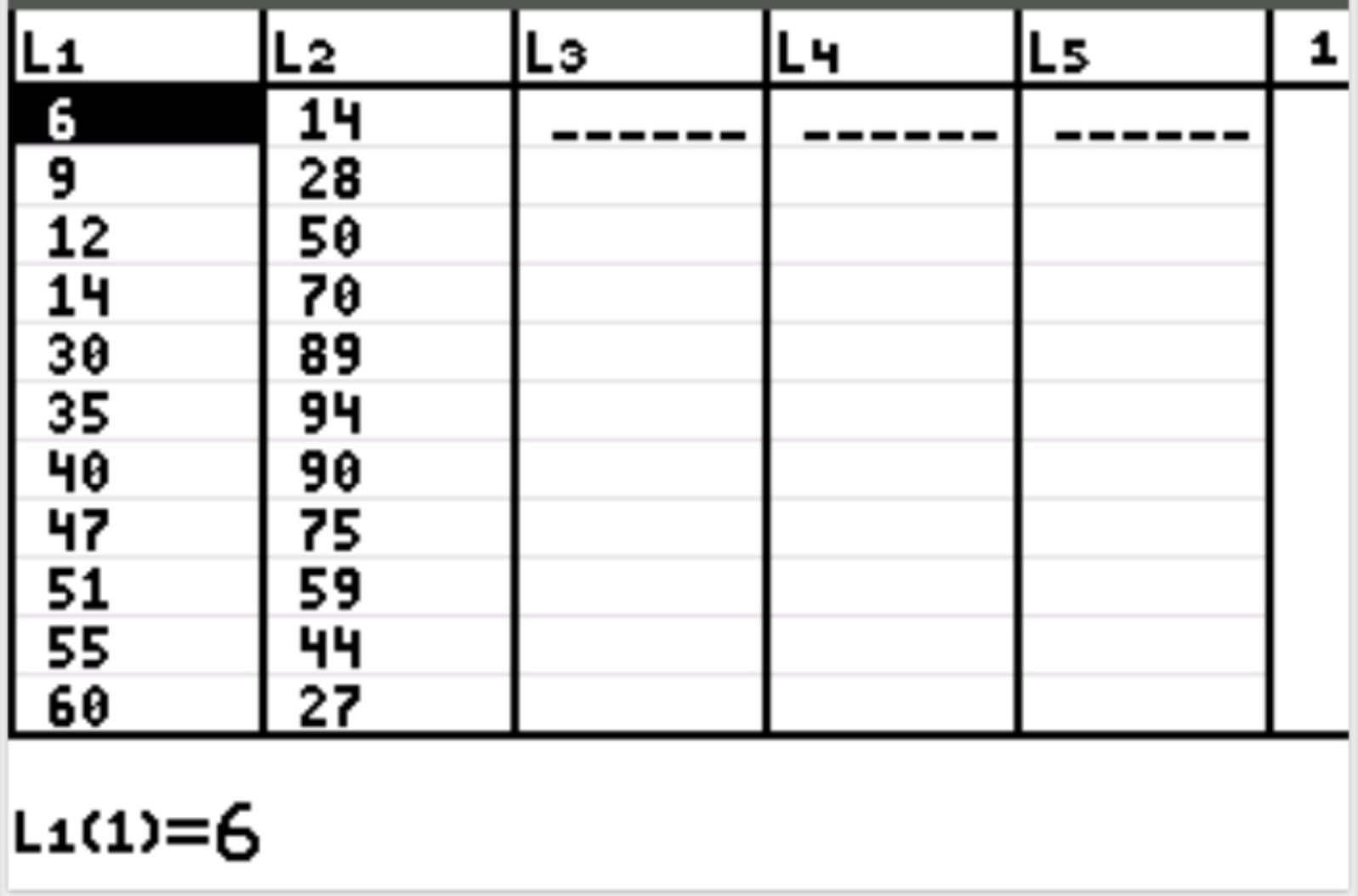 Next, press  2nd  and then press  y= to access the statplot menu. Highlight Plot1 and press  Enter. Make sure the plot is on and that L1 and L2 are selected for Xlist and Ylist, respectively:

Next,  press  zoom and then press 9:ZoomStat. This will automatically produce the following scatterplot: 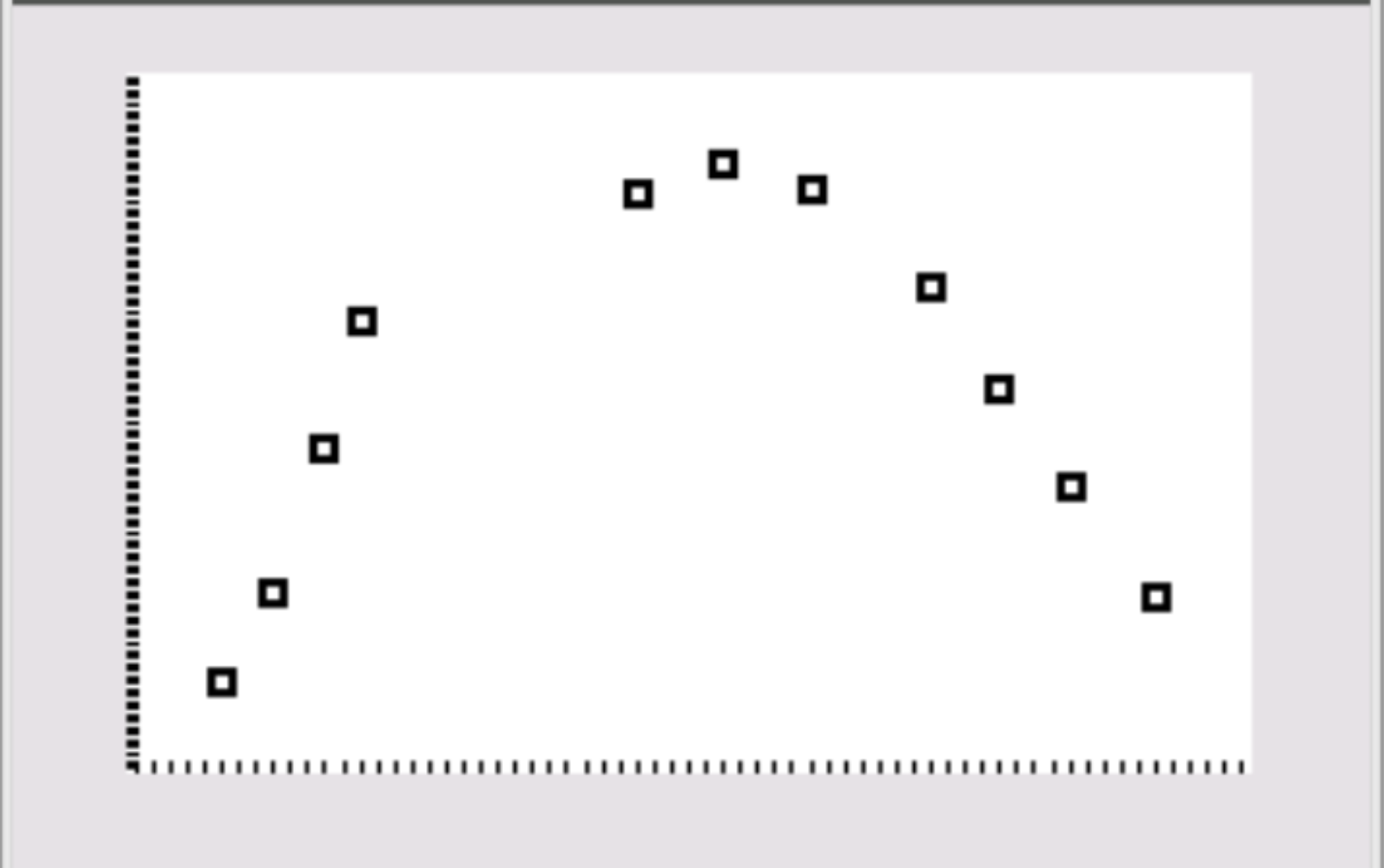 This upside down “U” shape in the scatterplot indicates that there is a quadratic relationship between hours worked and happiness, which means we should use quadratic regression to quantify this relationship.

Next, we will perform quadratic regression. Press Stat and then scroll over to CALC. Then scroll down to 5: QuadReg and press Enter. 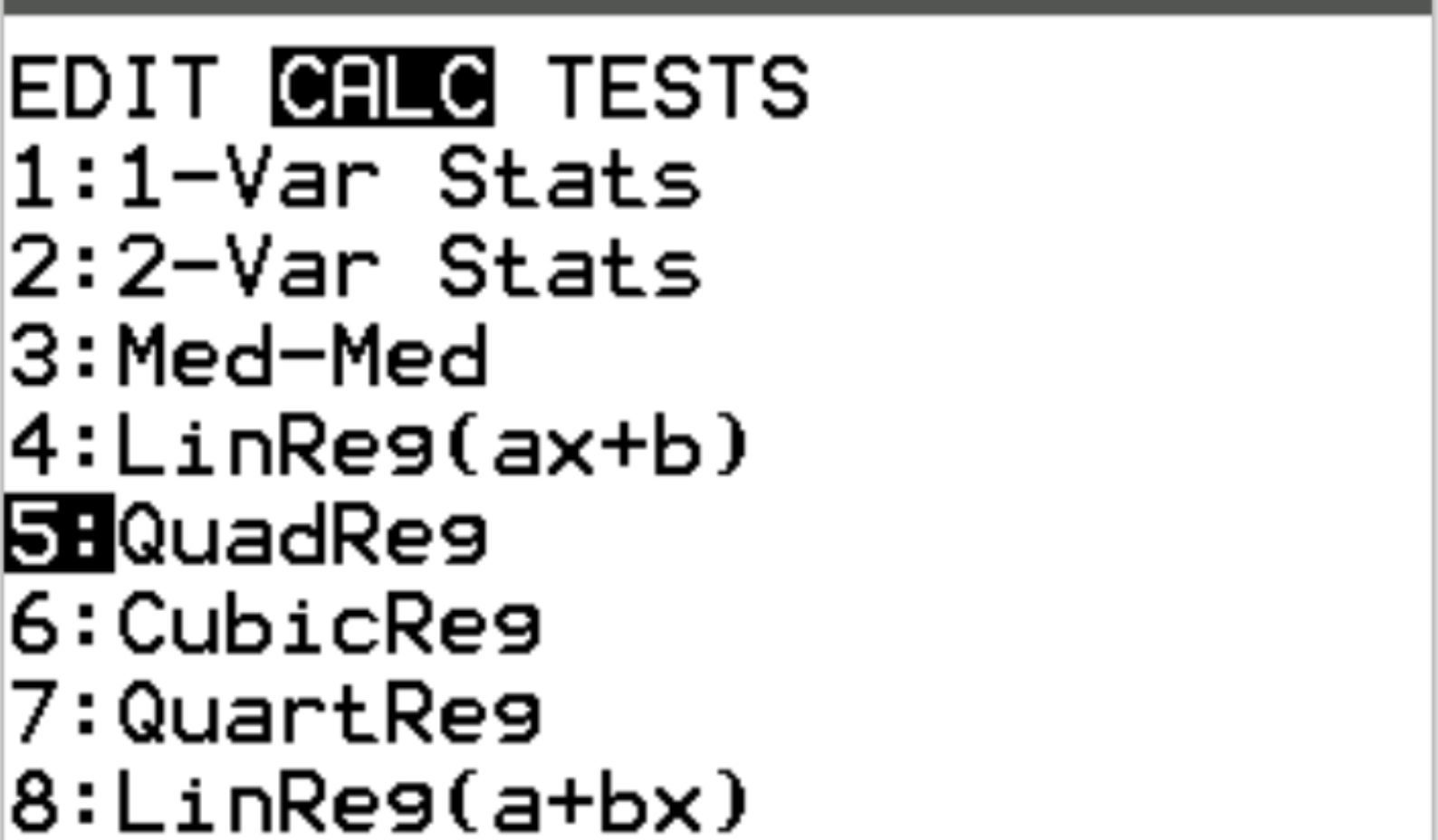 For Xlist and Ylist, make sure L1 and L2 are selected since these are the columns we used to input our data. Leave FreqList blank. Scroll down to Calculate and press Enter.

From the results, we can see that the estimated regression equation is as follows:

We can use this equation to find the predicted happiness of an individual, given the number of hours they work per week.

For example, an individual that works 60 hours per week is predicted to have a happiness level of 22.09:

Conversely, an individual that works 30 hours perk week is predicted to have a happiness level of 92.99: