Quadratic regression is a type of regression we can use to quantify the relationship between a predictor variable and a response variable when the true relationships is quadratic, which may look like a “U” or an upside-down “U” on a graph.

This tutorial explains how to perform quadratic regression in Python.

Suppose we have data on the number of hours worked per week and the reported happiness level (on a scale of 0-100) for 16 different people:

If we make a simple scatterplot of this data we can see that the relationship between the two variables is “U” shaped: 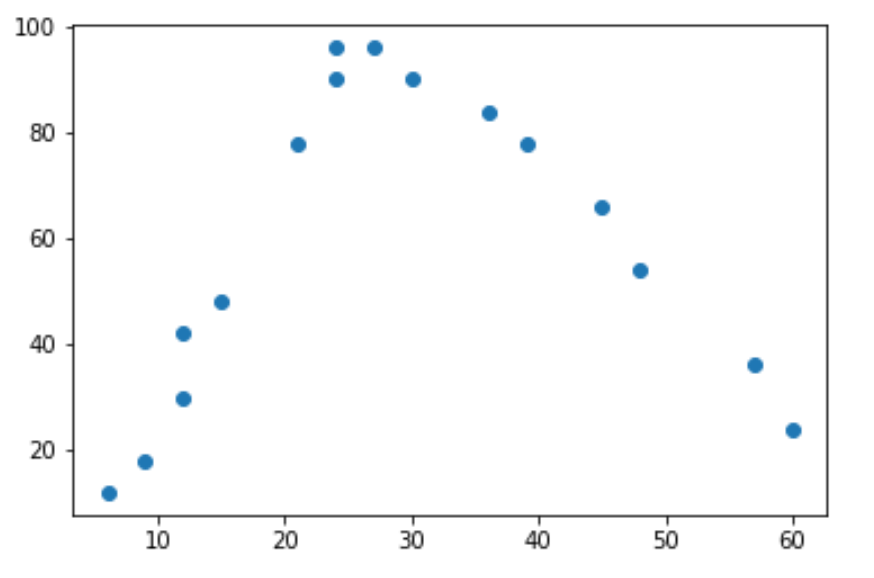 Because of this “U” shape, this means quadratic regression is likely a good candidate to quantify the relationship between the two variables.

To actually perform quadratic regression, we can fit a polynomial regression model with a degree of 2 using the numpy.polyfit() function: 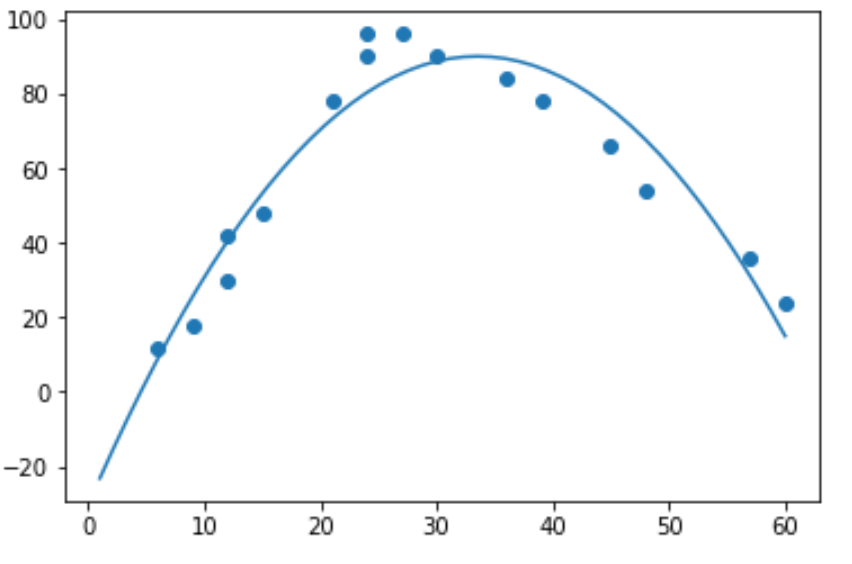 We can obtain the fitted polynomial regression equation by printing the model coefficients:

The fitted quadratic regression equation is:

We can also write a short function to obtain the R-squared of the model, which is the proportion of the variance in the response variable that can be explained by the predictor variables.

This means that 90.92% of the variation in the reported happiness levels can be explained by the predictor variables.