This type of regression is used to model situations where the response variable is equal to the predictor variable raised to a power.

The following step-by-step example shows how to perform power regression for a given dataset in Excel. 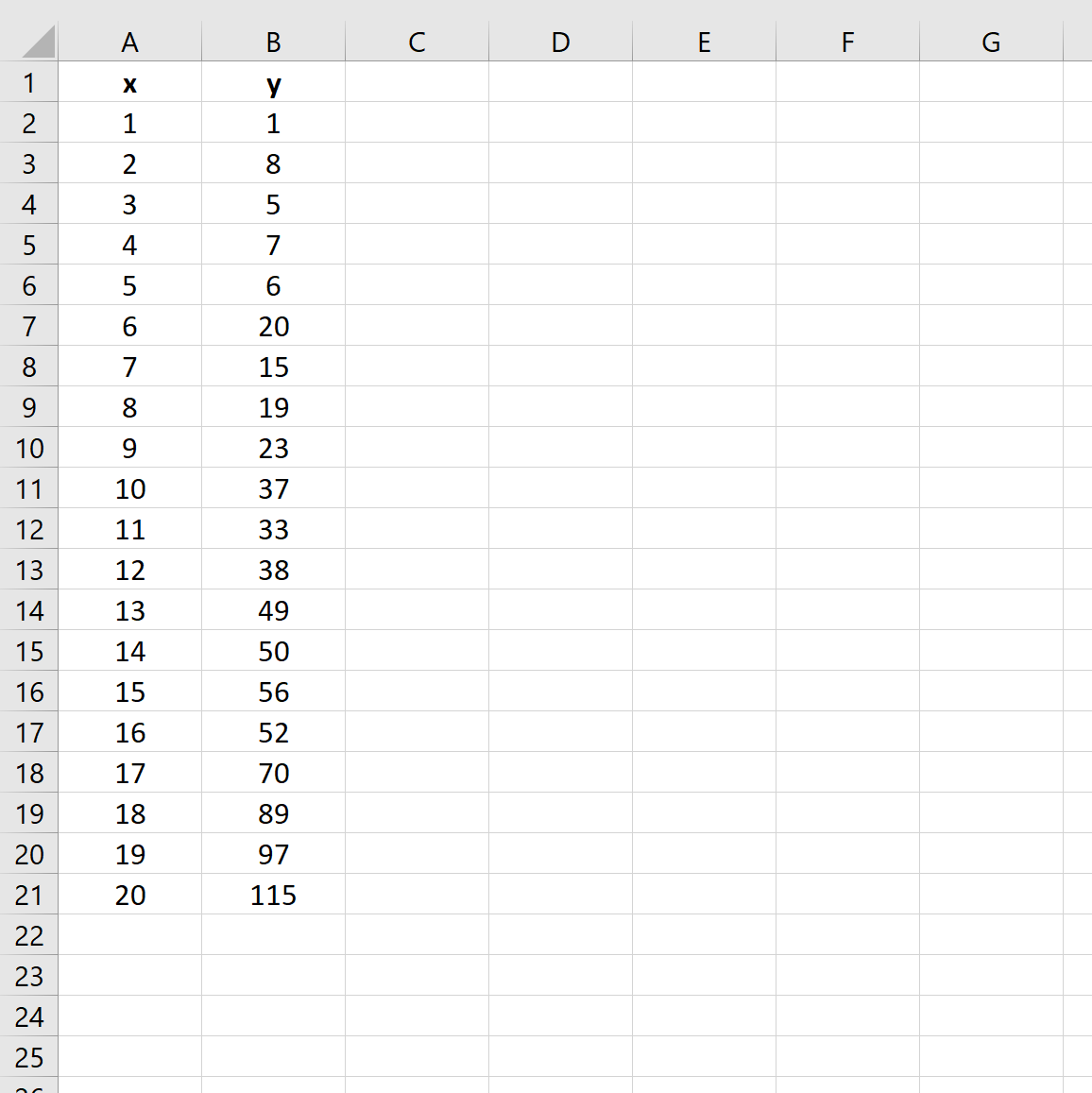 Next, let’s take the natural log of both x and y by using the =LN(number) formula: 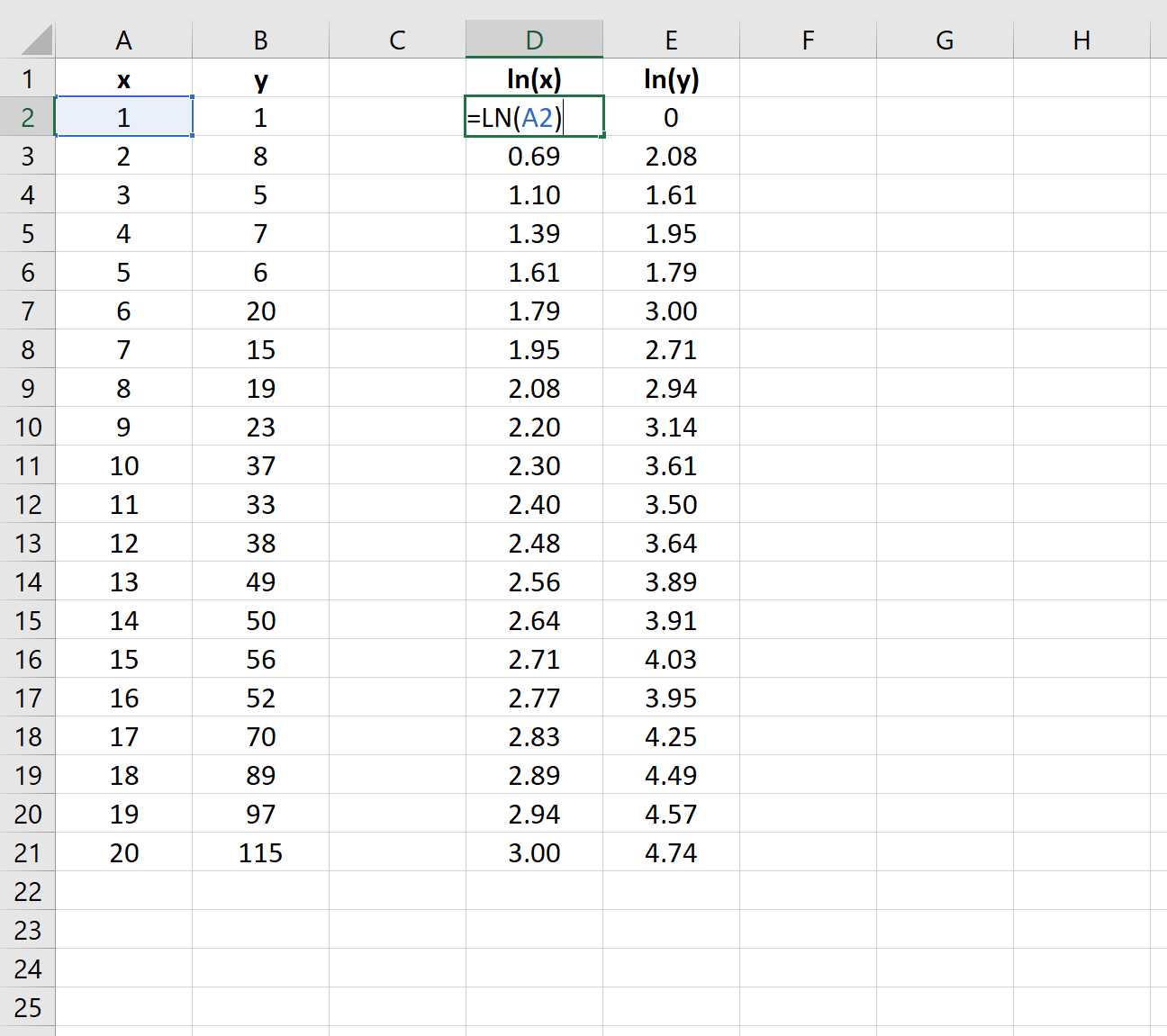 Next, we’ll fit a regression model to the transformed data.

If you don’t see this option available, you need to first load the Analysis ToolPak.

In the dropdown window that appears, click Regression and then click OK. Then fill in the following information: 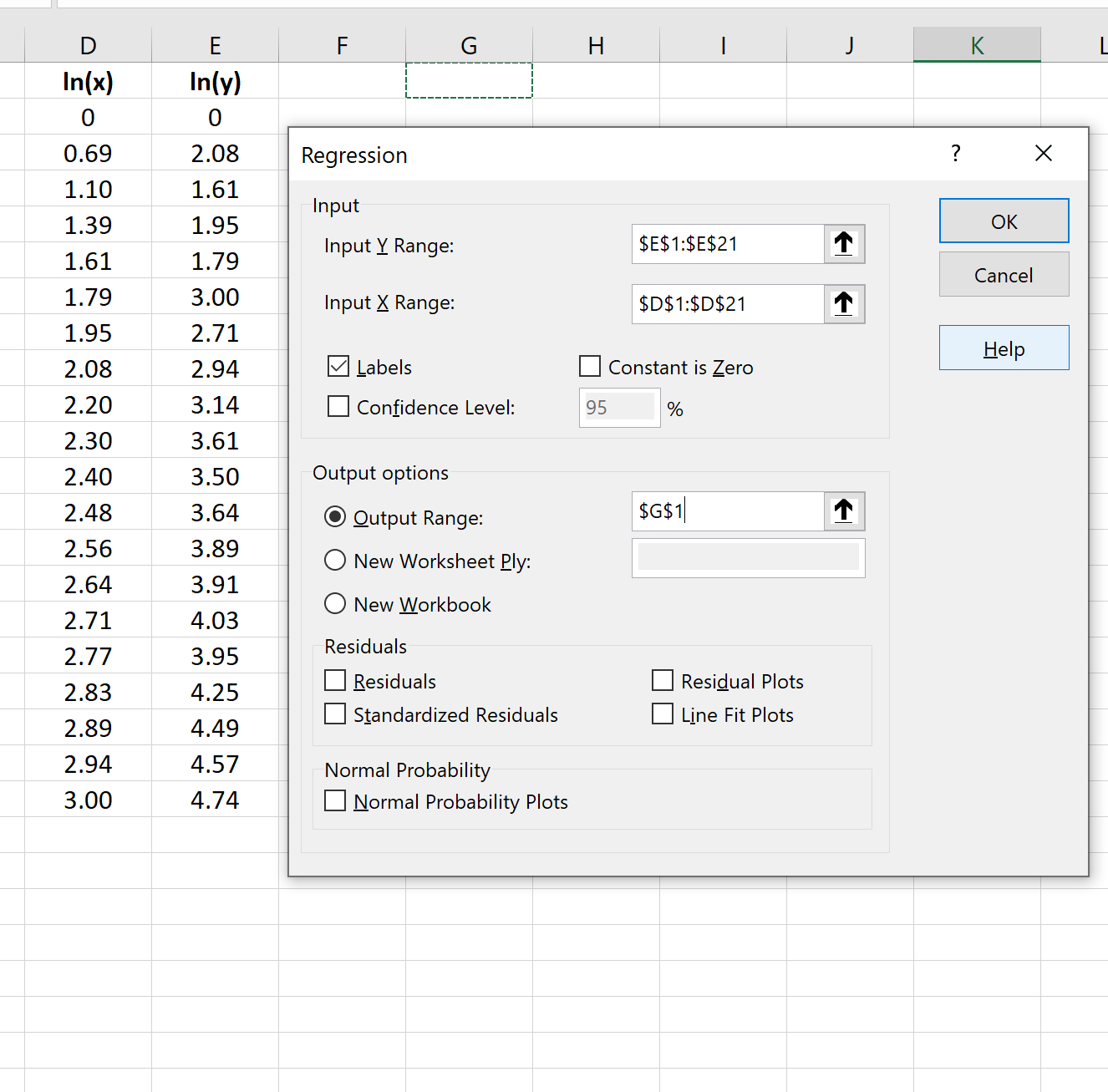 Once you click OK, the regression output will automatically appear: 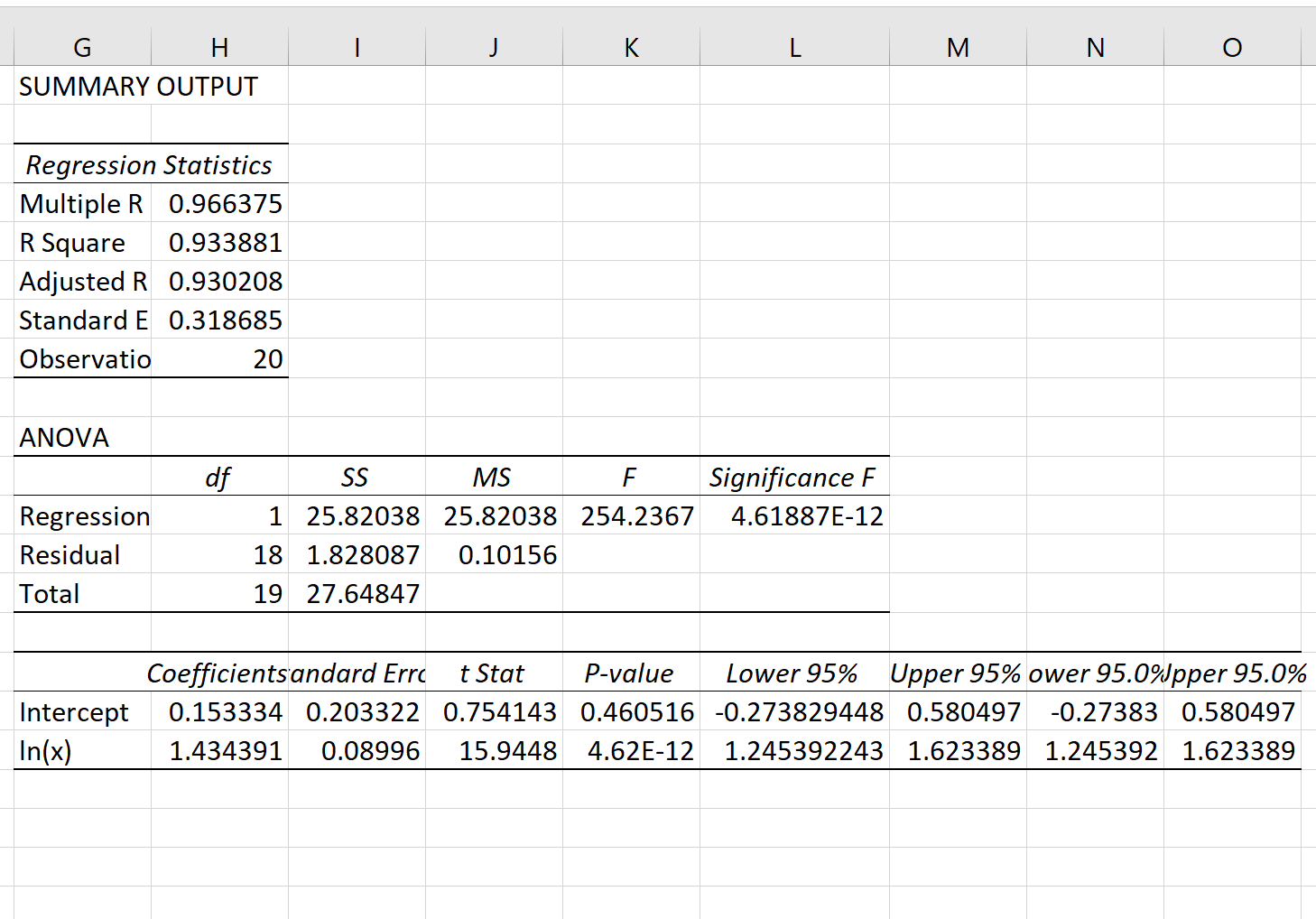 Using the coefficients from the output table, we can see that the fitted power regression equation is:

We can use this equation to predict the response variable, y, based on the value of the predictor variable, x.

Bonus: Feel free to use this online Power Regression Calculator to automatically compute the power regression equation for a given predictor and response variable.