Often in statistics we’re interested in measuring population parameters – numbers that describe some characteristic of an entire population.

Two of the most common population parameters are:

1. Population mean: the mean value of some variable in a population (e.g. the mean height of males in a certain city)

Although we’re interested in measuring these parameters, it’s usually too costly and time-consuming to actually go around and collect data on every individual in a population.

The following table shows the point estimate that we use to estimate the population parameters:

We are interested in calculating the population parameters but since it’s too time-consuming and costly to do, we instead use samples to calculate point estimates.

For example, suppose we want to estimate the mean weight of a certain species of turtle in Florida. Since there are thousands of turtles in Florida, it would be extremely time-consuming and costly to go around and weigh each individual turtle. Instead, we might take a simple random sample of 50 turtles and use the mean weight of the turtles in this sample to estimate the true population mean: 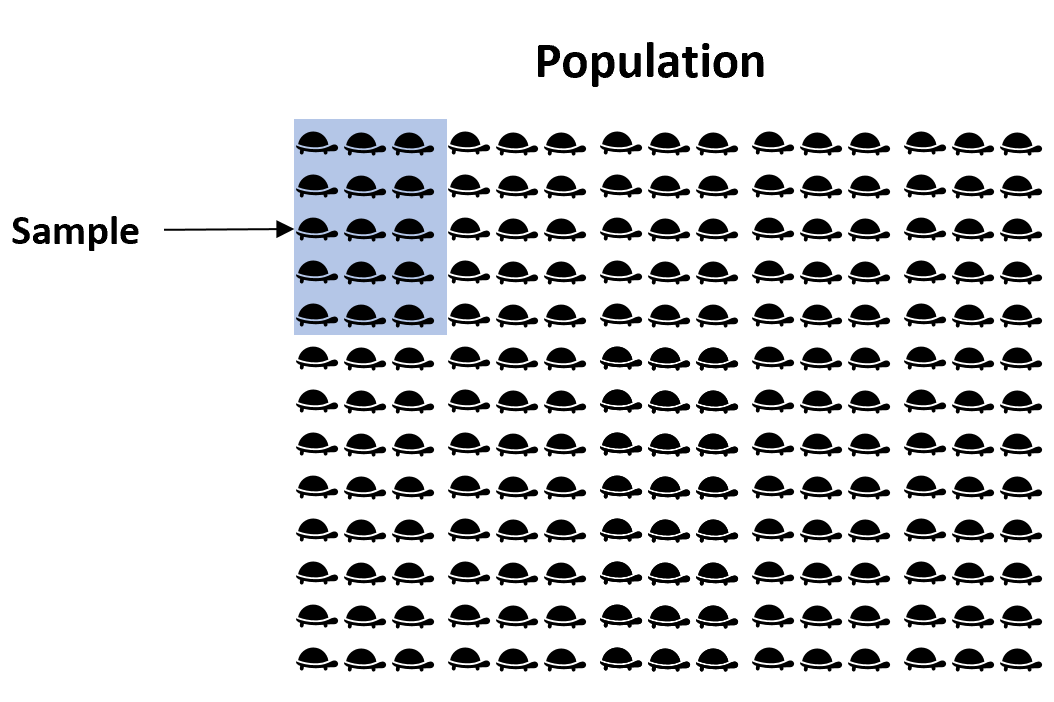 If the sample mean is 150.4 pounds, then our point estimate for the true population mean of the entire species would be 150.4 pounds.

The Importance of Representative Samples

When we collect a sample from a population, we ideally want the sample to be like a “mini version” of our population.

So, to capture this uncertainty we can create a confidence interval – a range of values that is likely to contain a population parameter with a certain level of confidence. 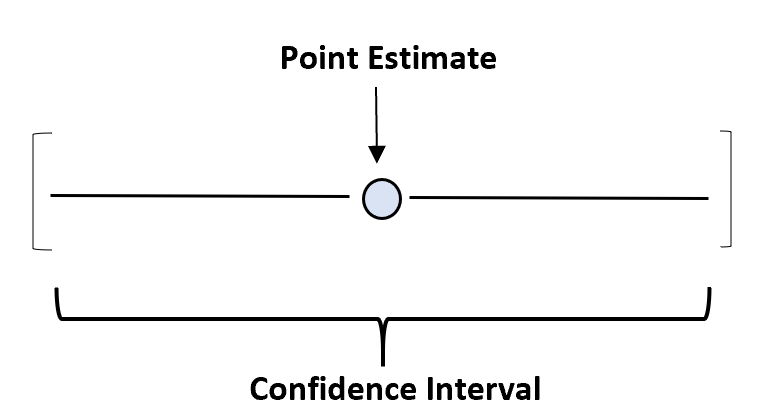 For example, we may use our sample mean of 150.4 pounds to estimate the true average weight of a species of turtles. Our confidence interval would then be a range of values – perhaps 145 pounds to 155.8 pounds. 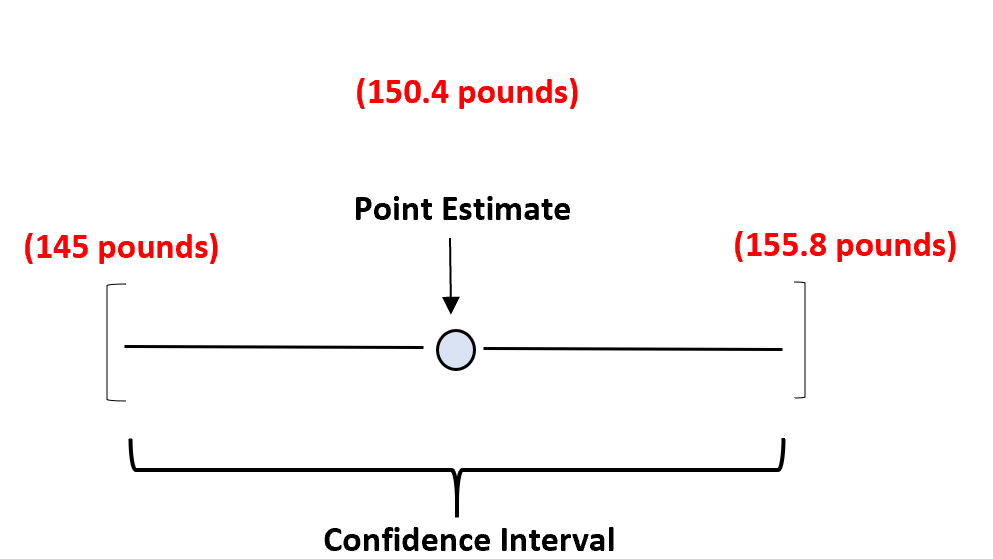 You can read more about confidence intervals here.