Point-biserial correlation is used to measure the relationship between a binary variable, x, and a continuous variable, y.

This tutorial explains how to calculate the point-biserial correlation between two variables in Excel.

Suppose we have the following binary variable, x, and a continuous variable, y: 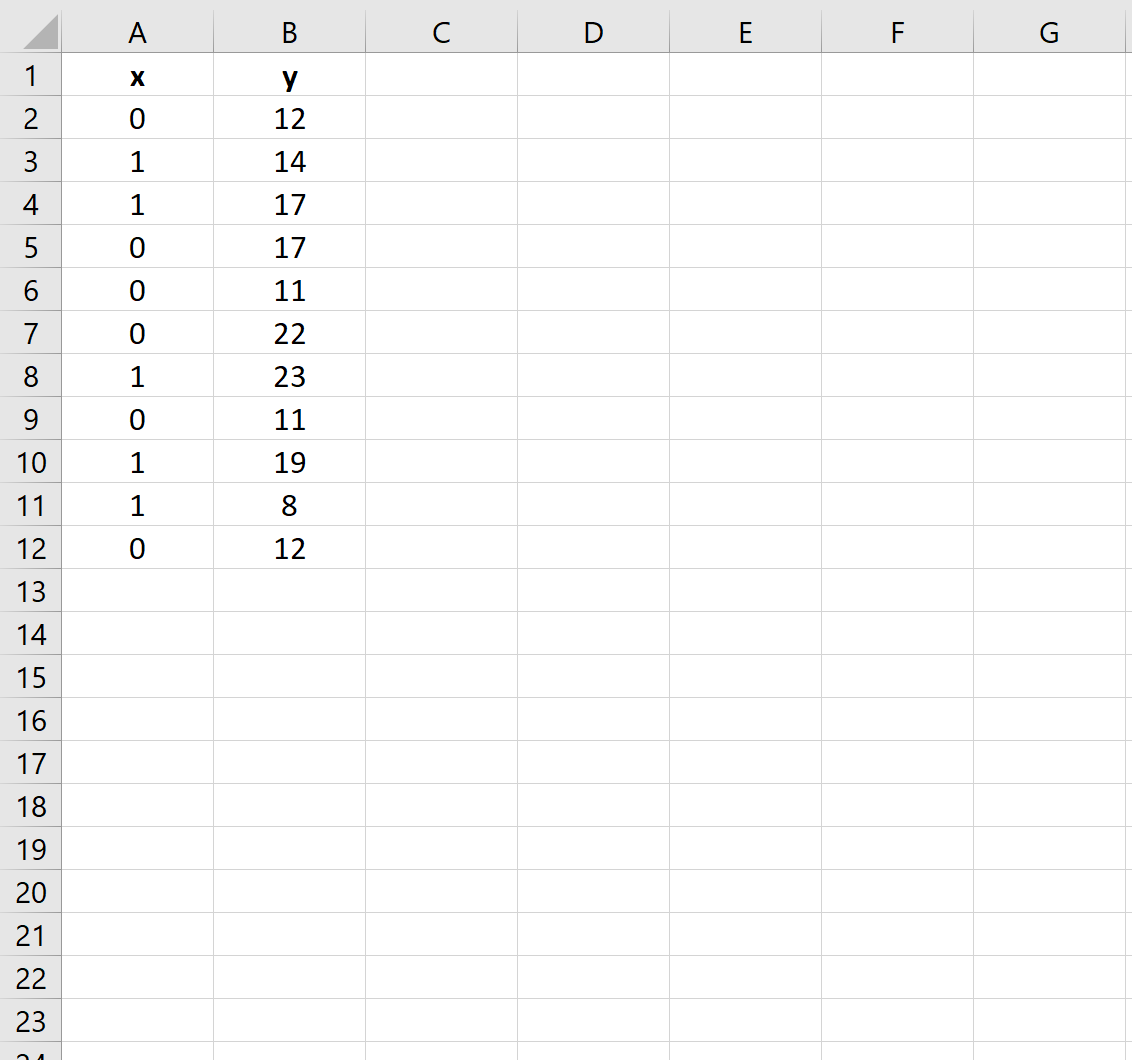 To calculate the point-biserial correlation between x and y, we can simply use the =CORREL() function as follows: 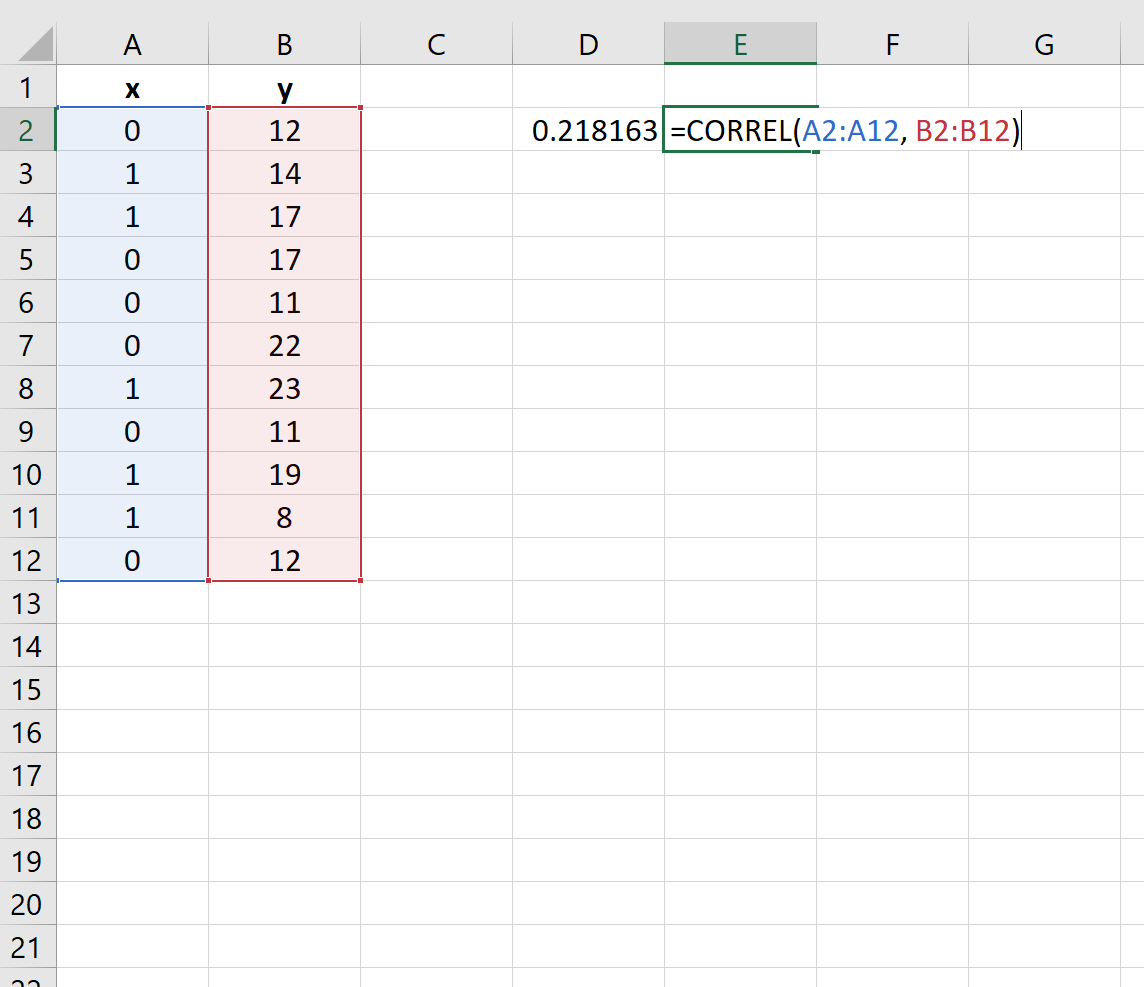 We can easily verify this by calculating the average value of y when x is 0 and when x is 1: 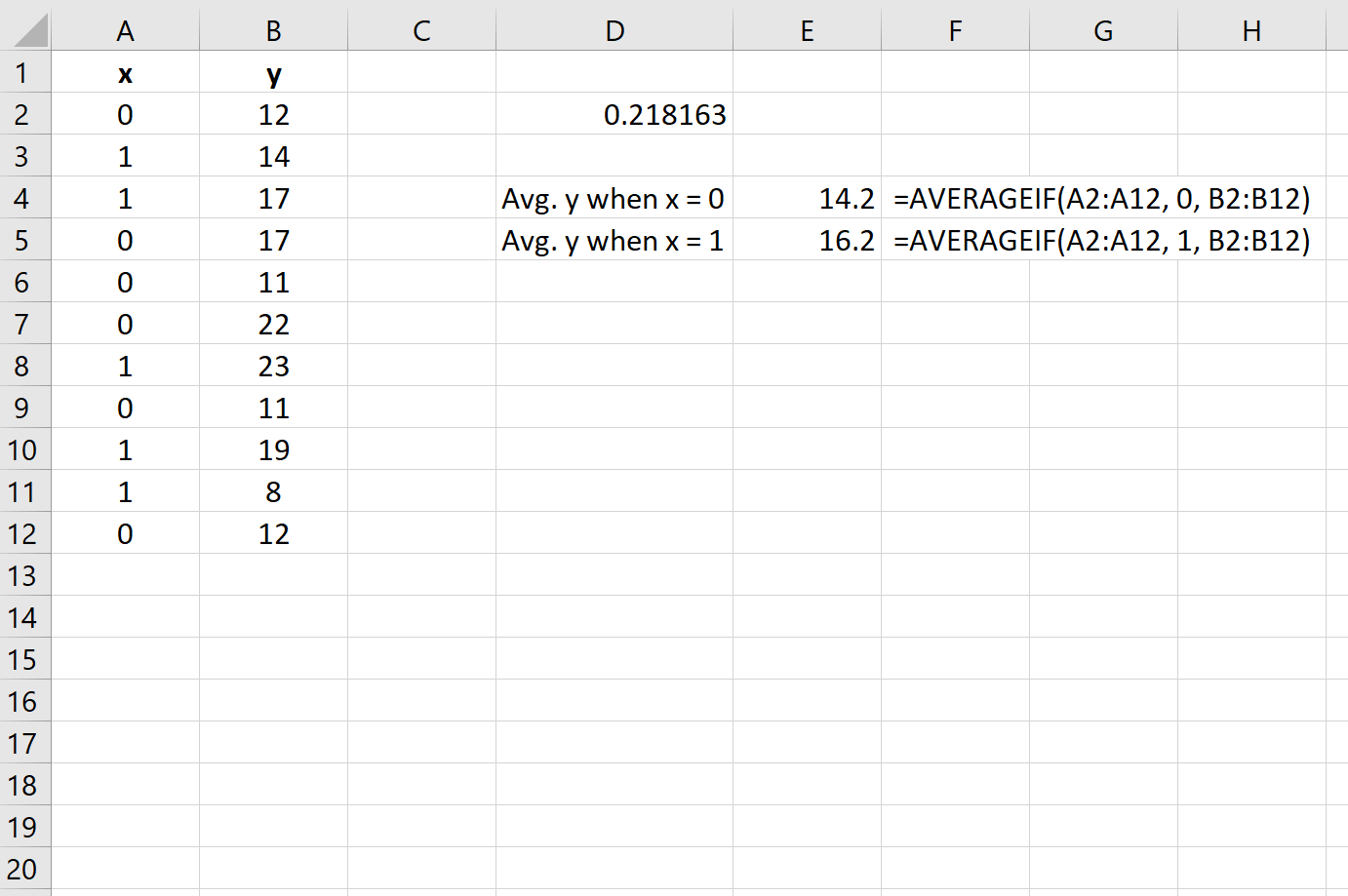 We can also use the following formulas to calculate the p-value for this correlation coefficient: 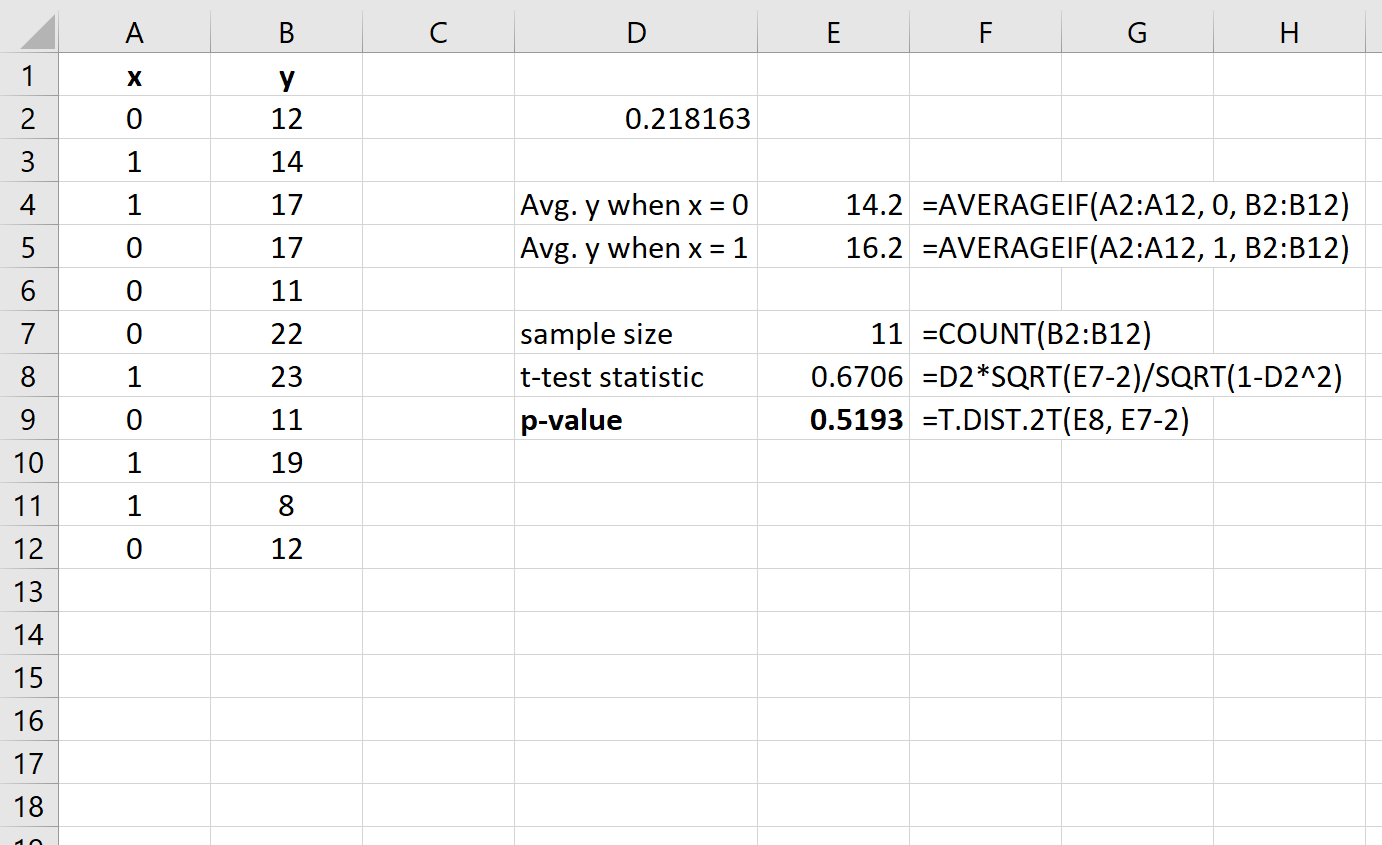 The p-value turns out to be 0.5193. Thus, although the correlation coefficient between the two variables is slightly positive it turns out to not be a statistically significant correlation.