When we perform simple linear regression in R, it’s easy to visualize the fitted regression line because we’re only working with a single predictor variable and a single response variable.

For example, the following code shows how to fit a simple linear regression model to a dataset and plot the results: 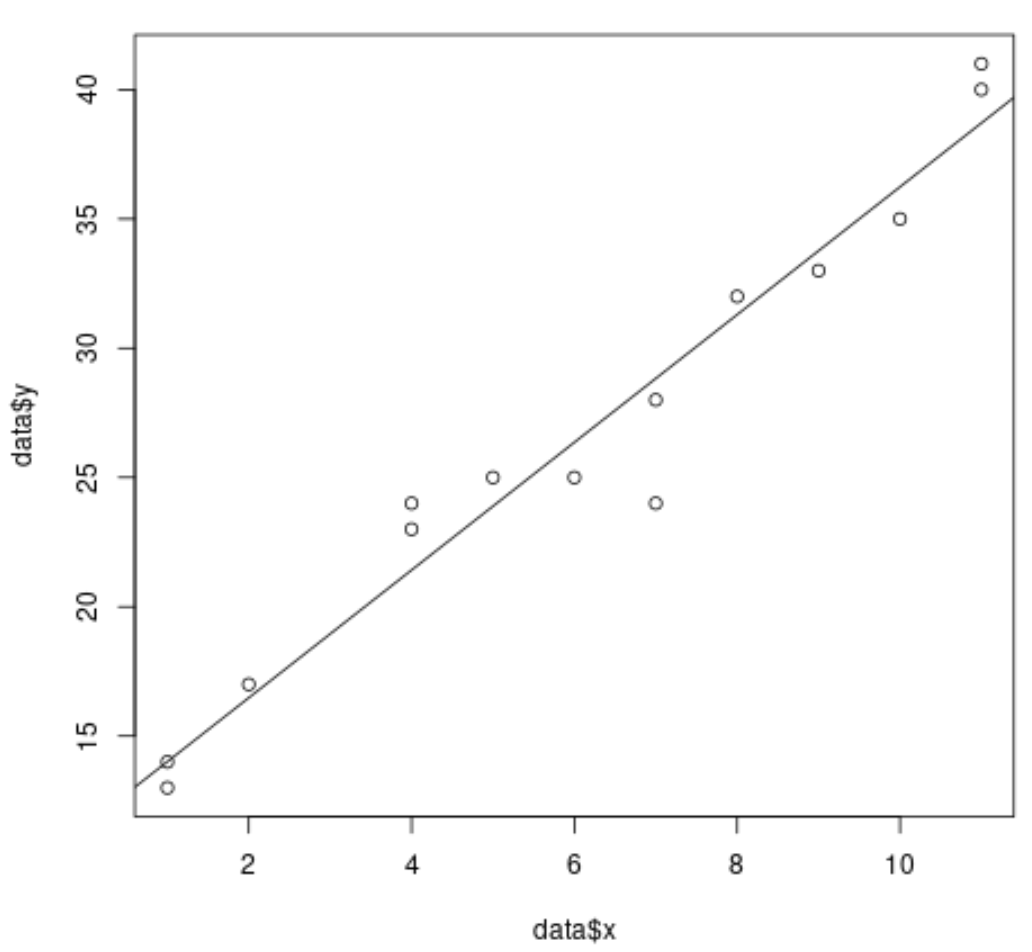 However, when we perform multiple linear regression it becomes difficult to visualize the results because there are several predictor variables and we can’t simply plot a regression line on a 2-D plot.

Instead, we can use added variable plots (sometimes called “partial regression plots”), which are individual plots that display the relationship between the response variable and one predictor variable, while controlling for the presence of other predictor variables in the model.

The following example shows how to perform multiple linear regression in R and visualize the results using added variable plots.

Suppose we fit the following multiple linear regression model to a dataset in R using the built-in mtcars dataset:

From the results we can see that the p-values for each of the coefficients is less than 0.1. For the sake of simplicity, we’ll assume that each of the predictor variables are significant and should be included in the model.

To produce added variable plots, we can use the avPlots() function from the car package: 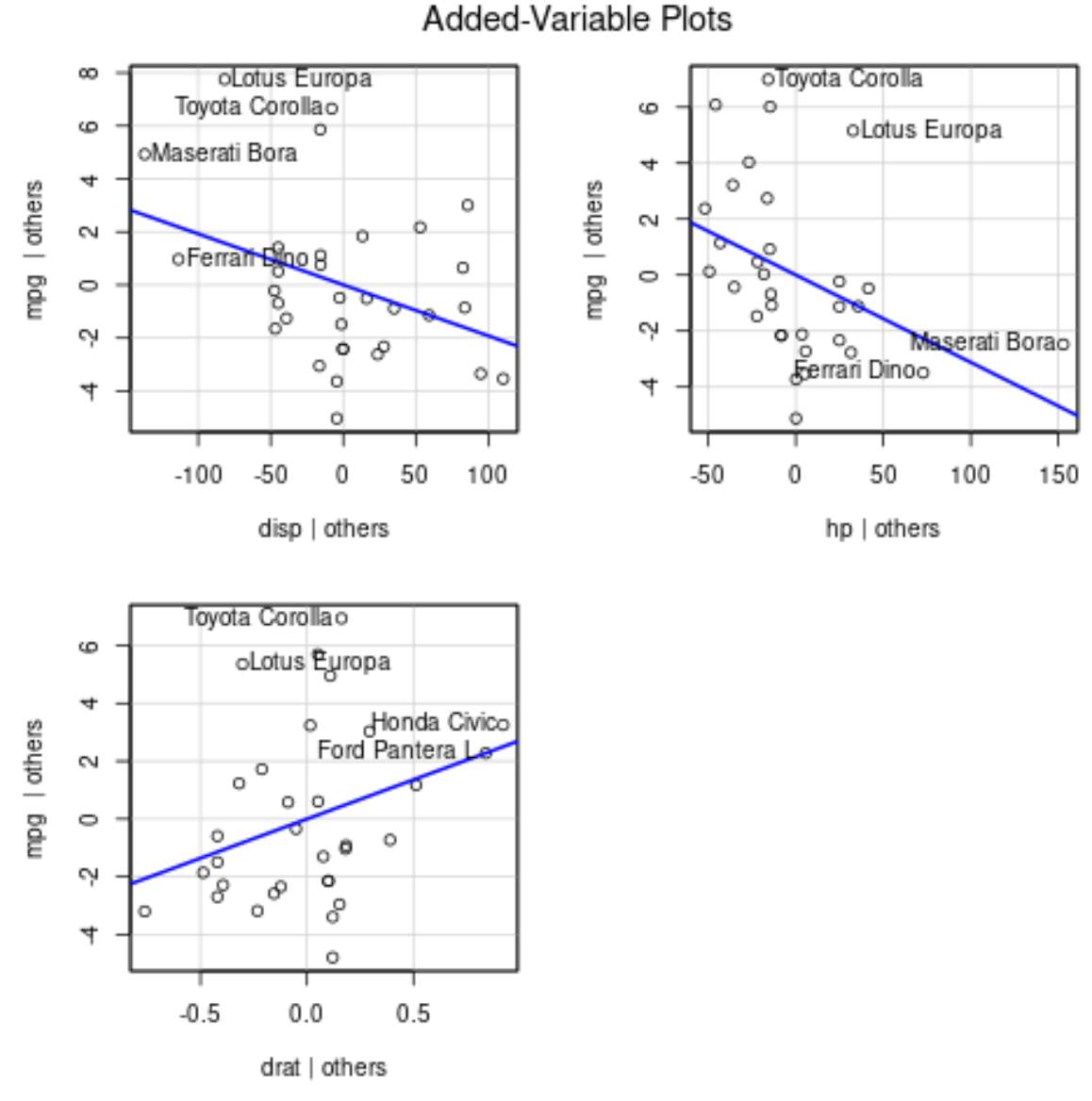 Here is how to interpret each plot:

Note that the angle of the line in each plot matches the sign of the coefficient from the estimated regression equation.

For example, here are the estimated coefficients for each predictor variable from the model:

Notice that the angle of the line is positive in the added variable plot for drat while negative for both disp and hp, which matches the signs of their estimated coefficients: 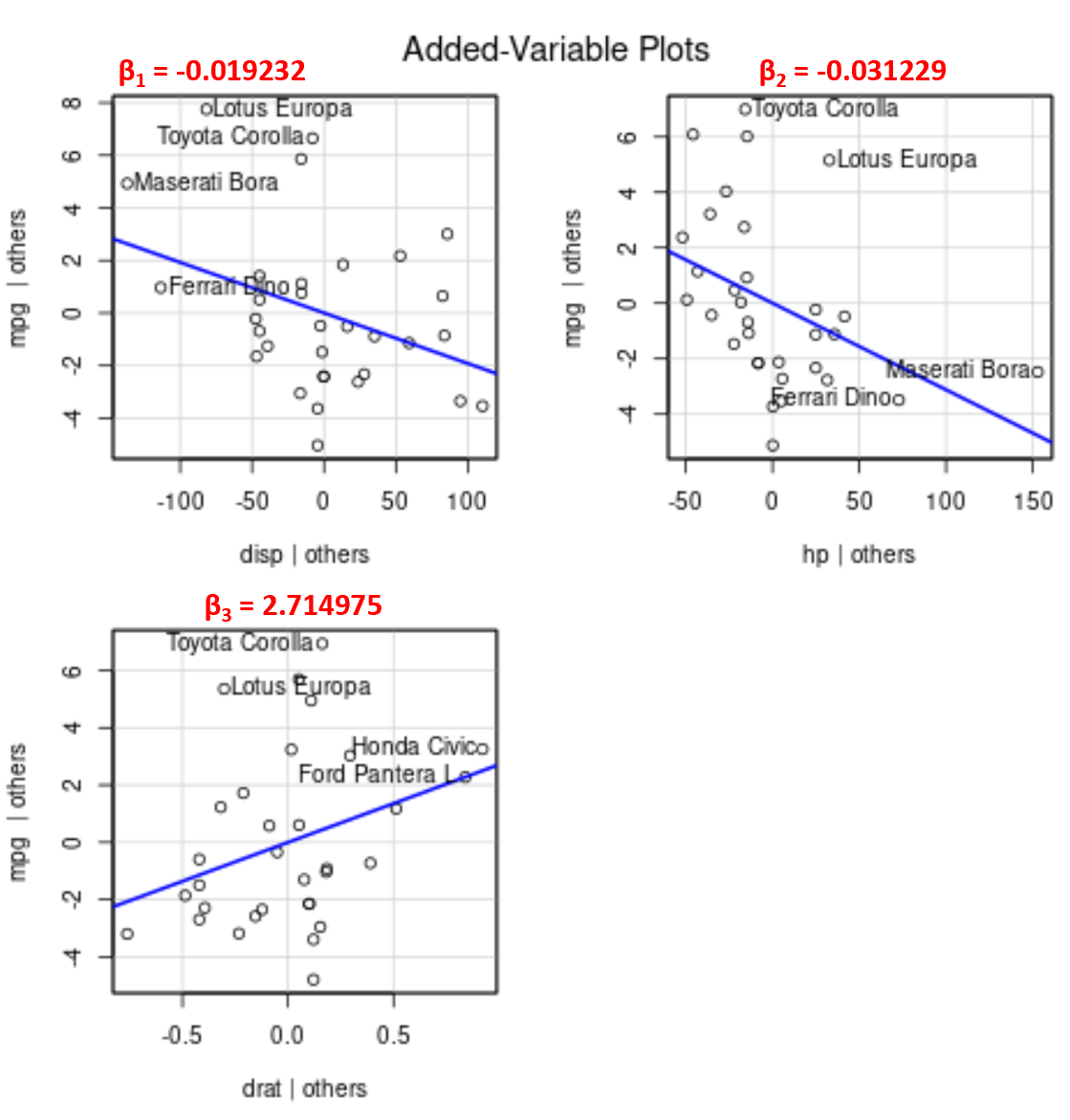