A Phi Coefficient (sometimes called a mean square contingency coefficient) is a measure of the association between two binary variables.

For a given 2×2 table for two random variables x and y: 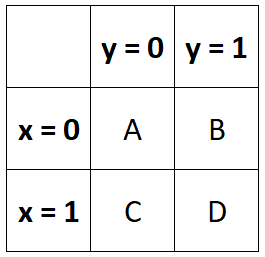 The Phi Coefficient can be calculated as:

The following table shows the results of the survey: 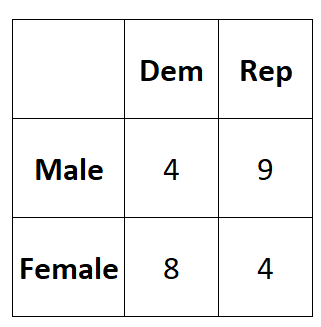 We can use the following code to enter this data into a 2×2 matrix in R:

We can then use the phi() function from the psych package to calculate the Phi Coefficient between the two variables:

Note that the phi function rounds to 2 digits by default, but you can specify the function to round to as many digits as you’d like:

How to Interpret a Phi Coefficient

Similar to a Pearson Correlation Coefficient, a Phi Coefficient takes on values between -1 and 1 where:

In general, the further away a Phi Coefficient is from zero, the stronger the relationship between the two variables.

In other words, the further away a Phi Coefficient is from zero, the more evidence there is for some type of systematic pattern between the two variables.