One of the most common problems that you’ll encounter in machine learning is multicollinearity. This occurs when two or more predictor variables in a dataset are highly correlated.

When this occurs, a model may be able to fit a training dataset well but it may perform poorly on a new dataset it has never seen because it overfits the training set.

One way to get around this problem is to use a method known as partial least squares, which works as follows:

This tutorial provides a step-by-step example of how to perform partial least squares in R.

The easiest way to perform partial least squares in R is by using functions from the pls package.

For this example, we’ll use the built-in R dataset called mtcars which contains data about various types of cars:

For this example we’ll fit a partial least squares (PLS) model using hp as the response variable and the following variables as the predictor variables:

The following code shows how to fit the PLS model to this data. Note the following arguments:

Once we’ve fit the model, we need to determine the number of PLS components worth keeping.

The way to do so is by looking at the test root mean squared error (test RMSE) calculated by the k-fold cross-validation:

There are two tables of interest in the output:

This table tells us the test RMSE calculated by the k-fold cross validation. We can see the following:

We can see that adding additional PLS components actually leads to an increase in test RMSE. Thus, it appears that it would be optimal to only use two PLS components in the final model.

This table tells us the percentage of the variance in the response variable explained by the PLS components. We can see the following:

Note that we’ll always be able to explain more variance by using more PLS components, but we can see that adding in more than two PLS components doesn’t actually increase the percentage of explained variance by much.

We can also visualize the test RMSE (along with the test MSE and R-squared) based on the number of PLS components by using the validationplot() function. 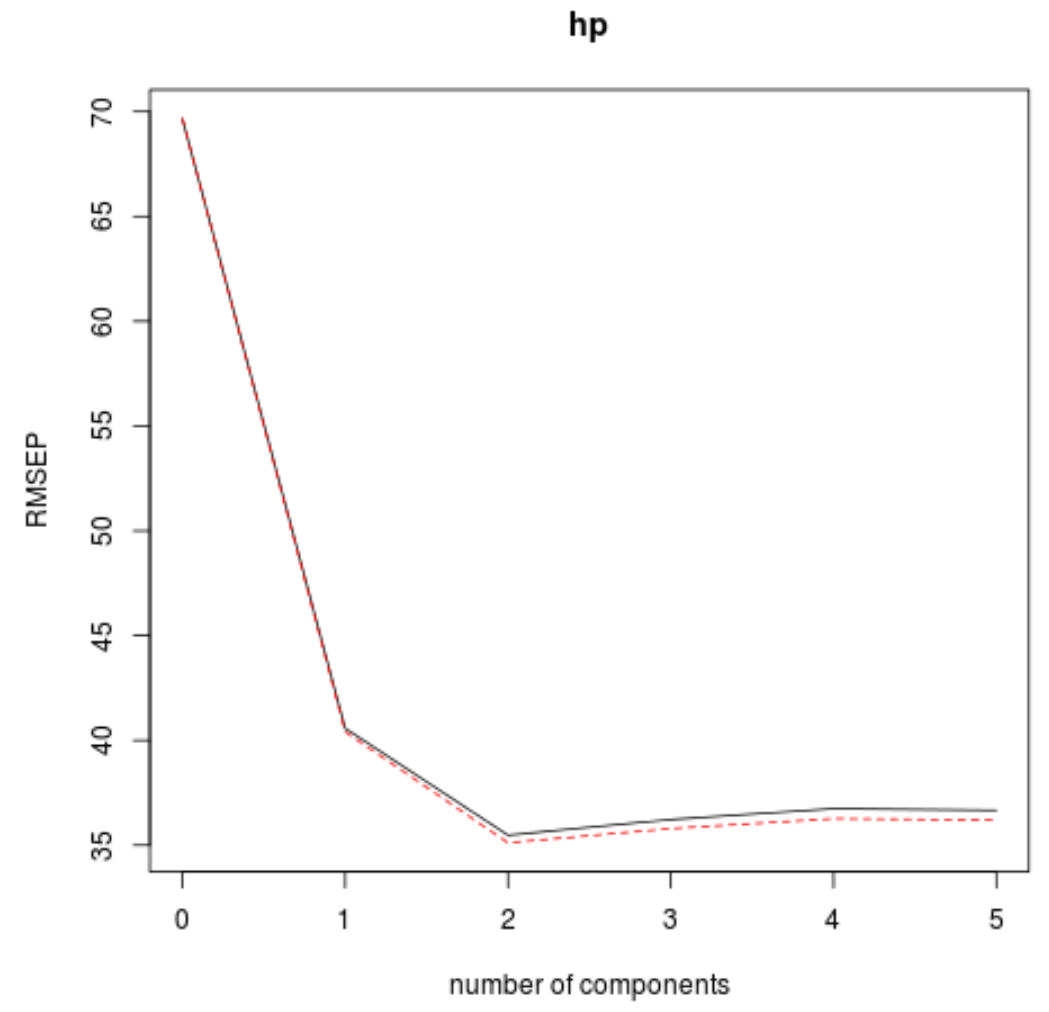 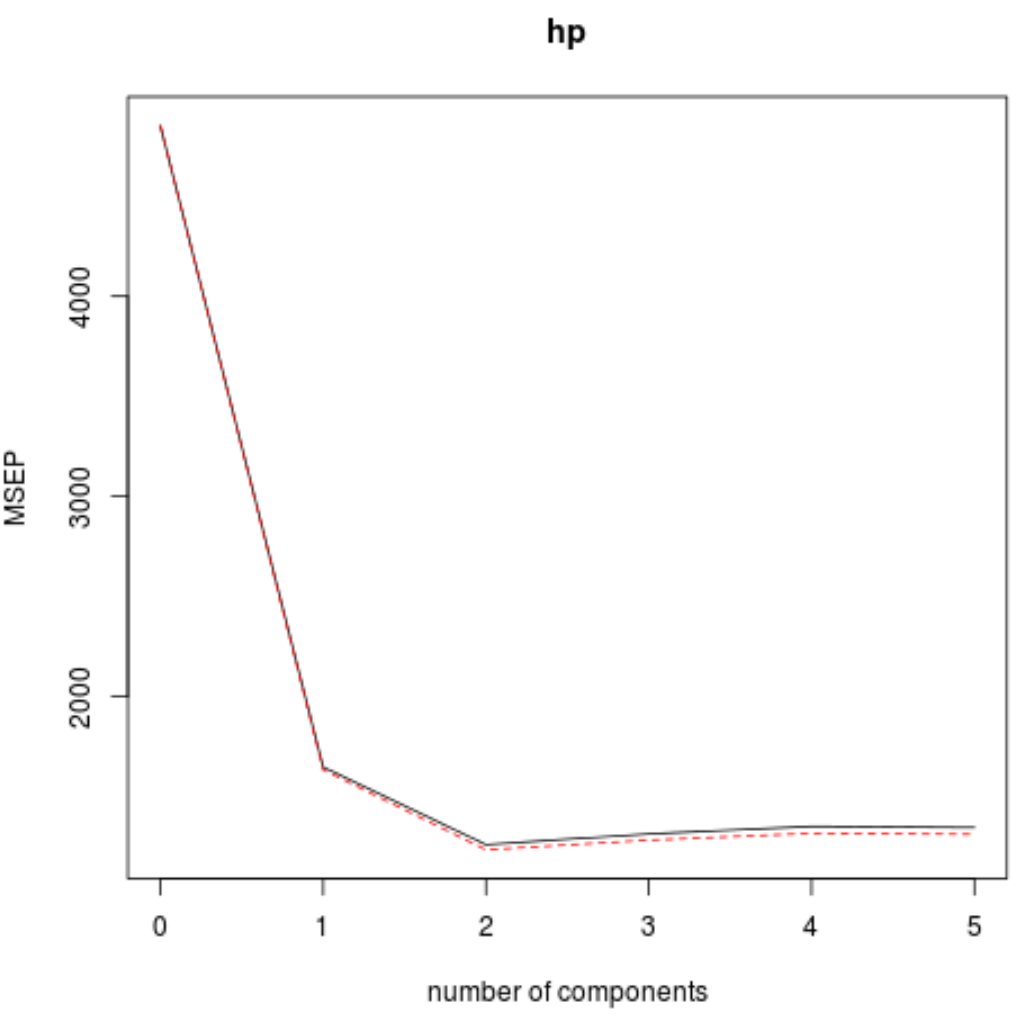 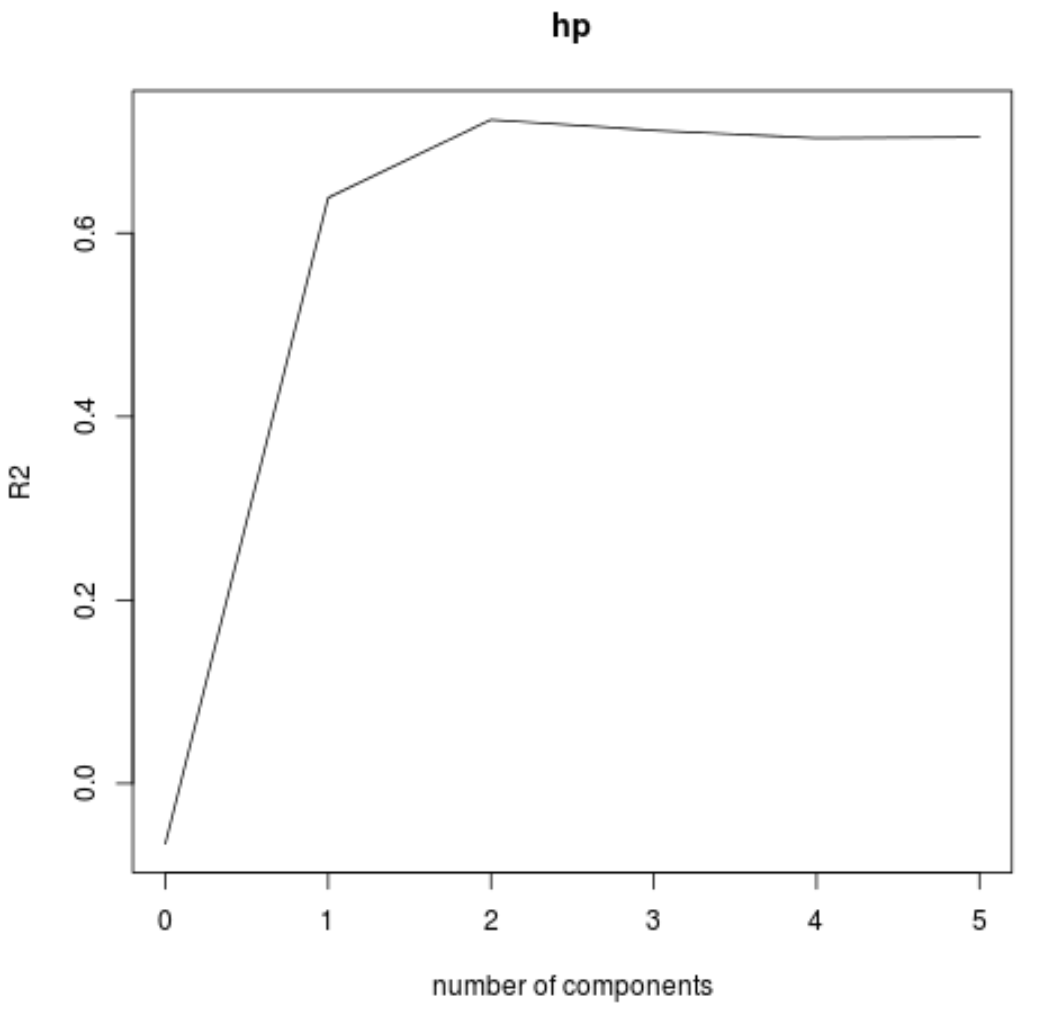 In each plot we can see that the model fit improves by adding in two PLS components, yet it tends to get worse when we add more PLS components.

We can use the final model with two PLS components to make predictions on new observations.

The following code shows how to split the original dataset into a training and testing set and use the final model with two PLS components to make predictions on the testing set.

We can see that the test RMSE turns out to be 54.89609. This is the average deviation between the predicted value for hp and the observed value for hp for the observations in the testing set.

The complete R code use in this example can be found here.