In statistics, we often use the Pearson correlation coefficient to measure the linear relationship between two variables.

However, sometimes we’re interested in understanding the relationship between two variables while controlling for a third variable.

For example, suppose we want to measure the association between the number of hours a student studies and the final exam score they receive, while controlling for the student’s current grade in the class.

In this case, we could use a partial correlation to measure the relationship between hours studied and final exam score.

This tutorial explains how to calculate partial correlation in SPSS.

Suppose we have a dataset that shows the following information for 10 students: 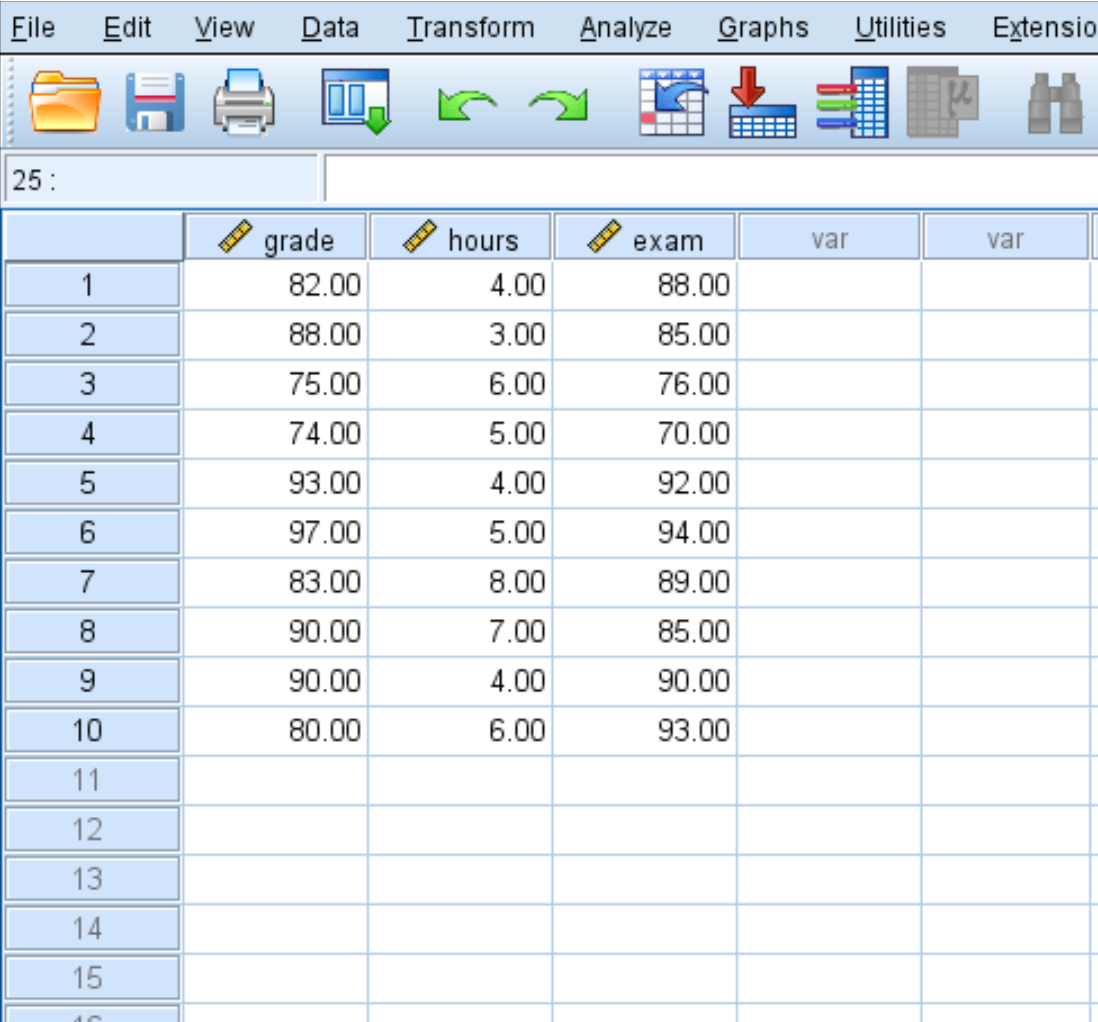 Perform the following steps to calculate the partial correlation between hours and exam, while controlling for grade: 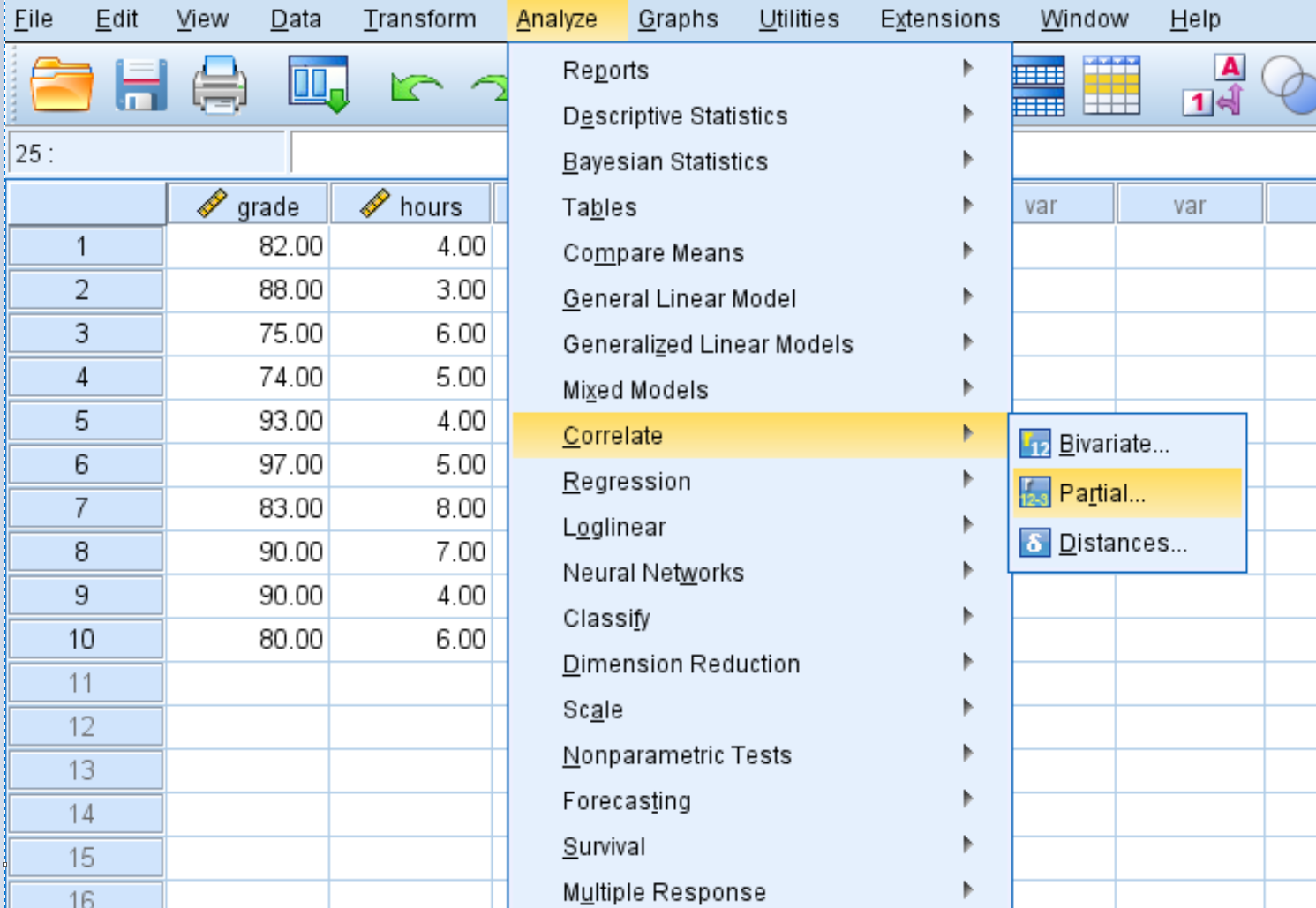 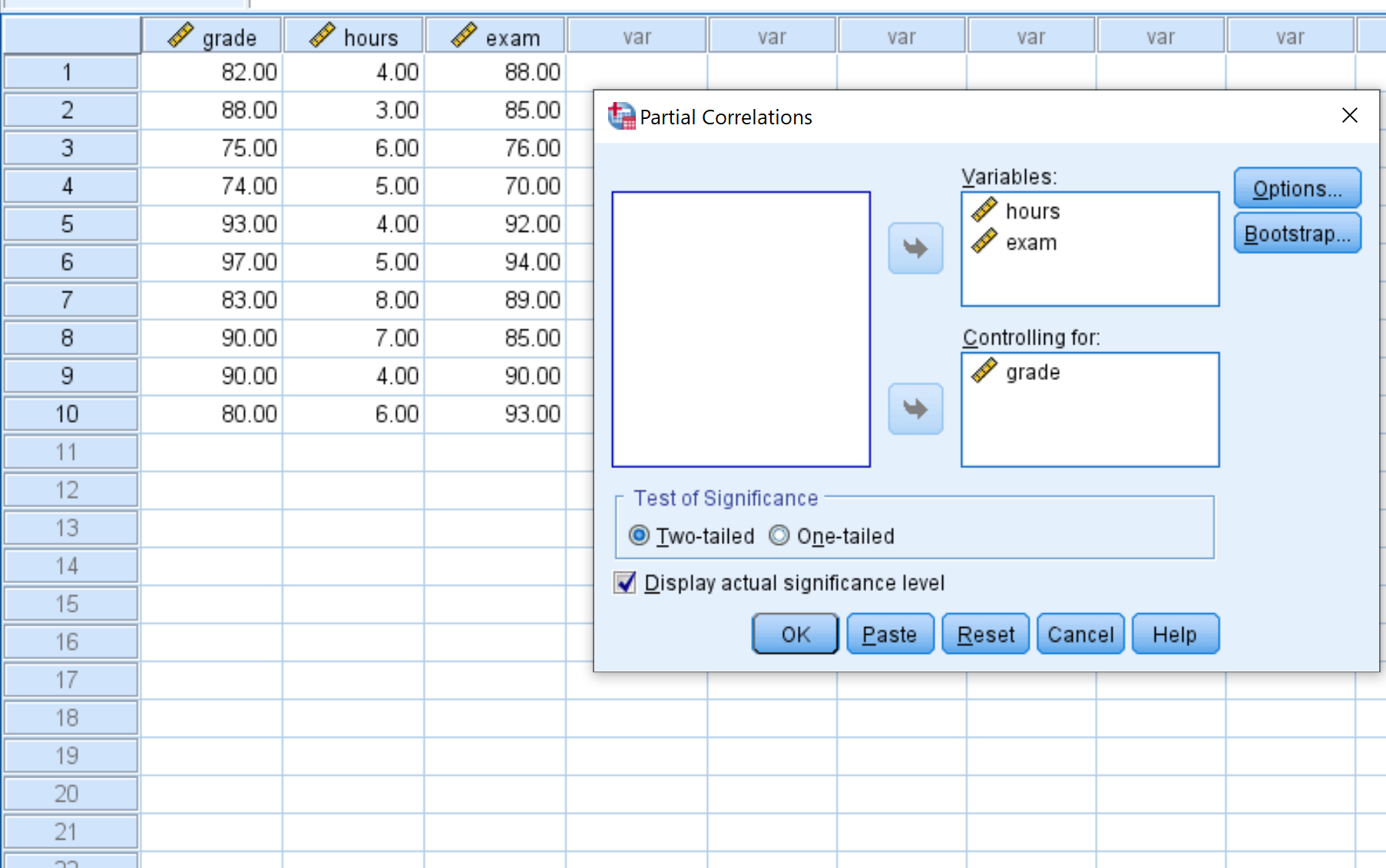 Once you click OK, the following screen will appear: 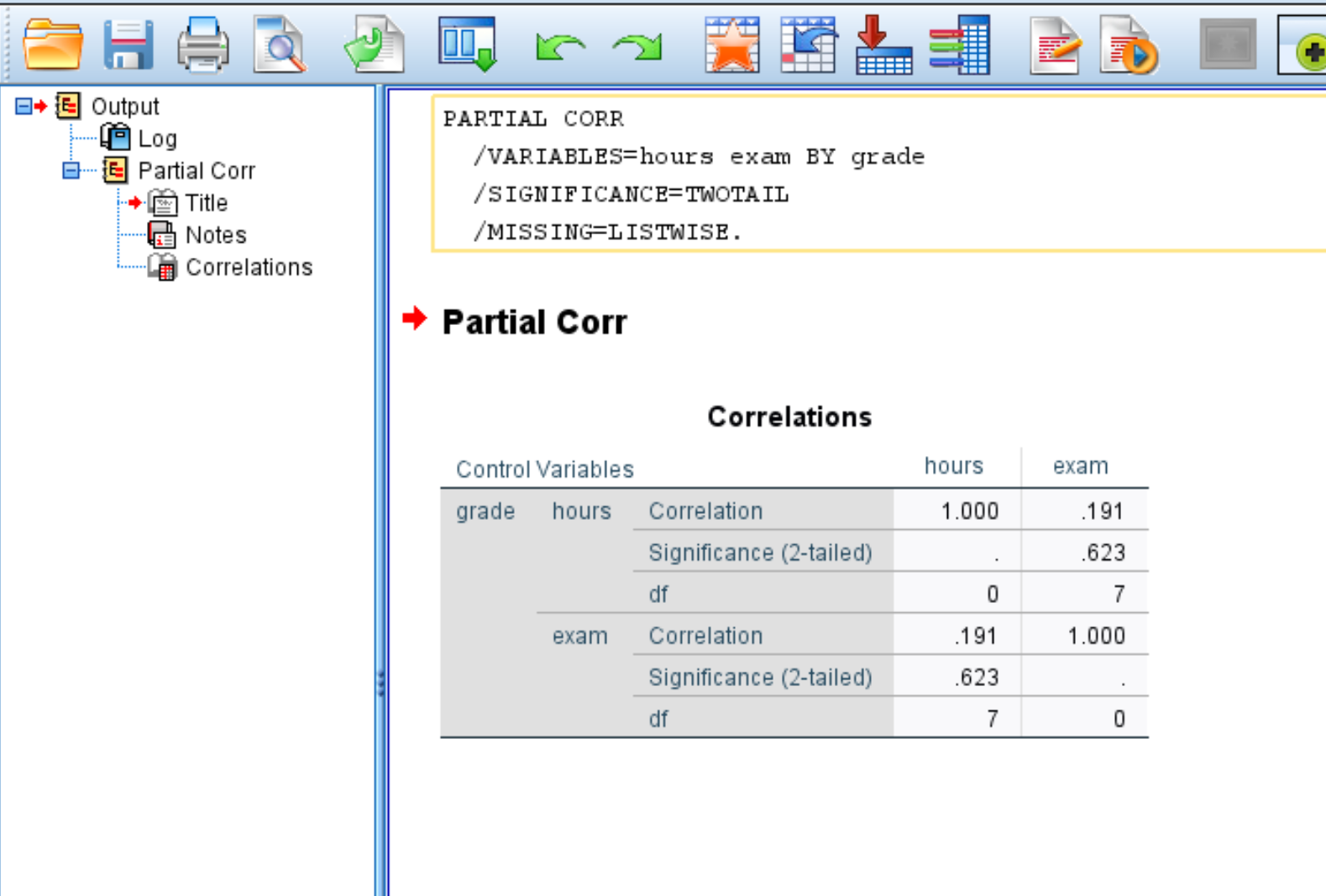 The corresponding two-tailed p-value is .623. Since this value is not less than 0.05, this means the partial correlation between hours and exam score is not statistically significant.