Two charts that look somewhat similar are pareto charts and histograms. However, these two charts are not the same and they’re each used in unique situations.

A pareto chart is a type of chart that displays quantitative or qualitative data on the x-axis and uses bars ordered from highest to lowest frequency on the y-axis to visualize which values occur most often in a dataset.

A histogram is a type of chart that displays ranges of quantitative data on the x-axis and uses bars to represent the frequency of values in each range.

The following examples illustrate how to create and interpret each type of chart.

Suppose we have the following dataset that shows the total sales of various products for a certain company:

We can create the following pareto chart to visualize which products contribute most to the total sales: 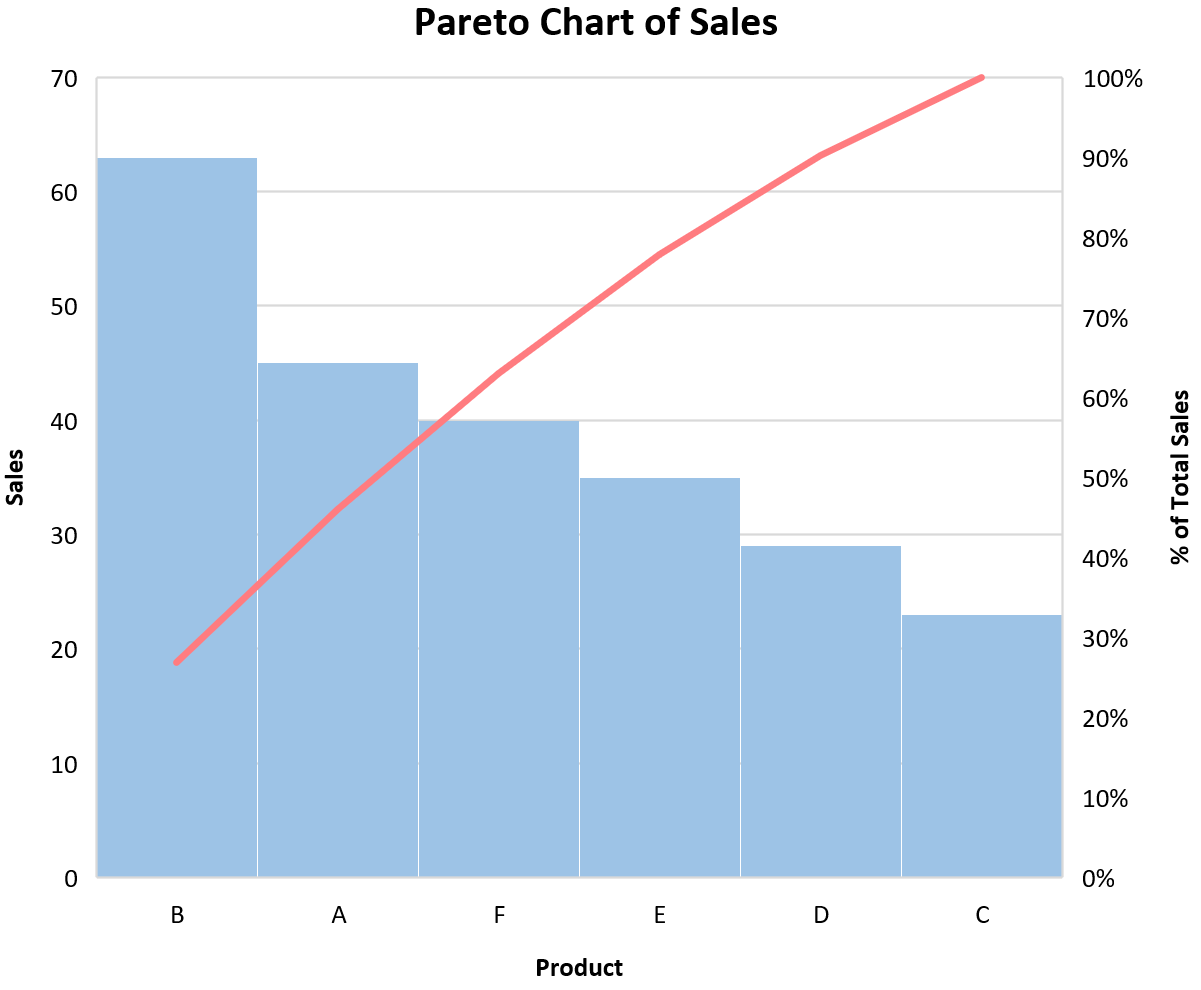 Example 2: Creating and Interpreting a Histogram

Suppose we have the following dataset that shows the total number of points scored by various basketball players: 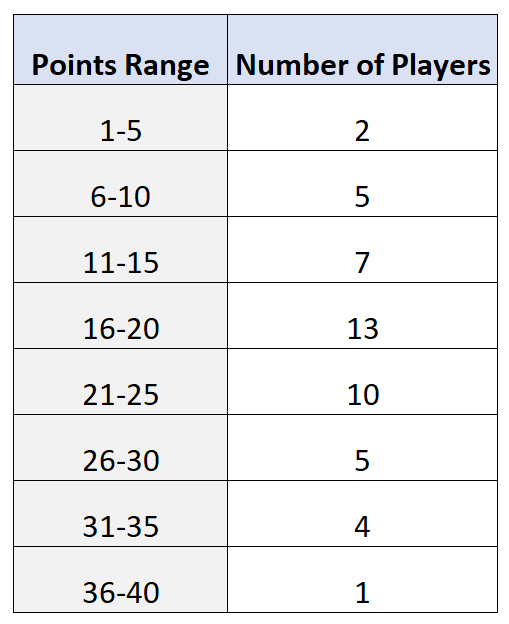 We can create the following histogram to visualize the distribution of points scored by the players: 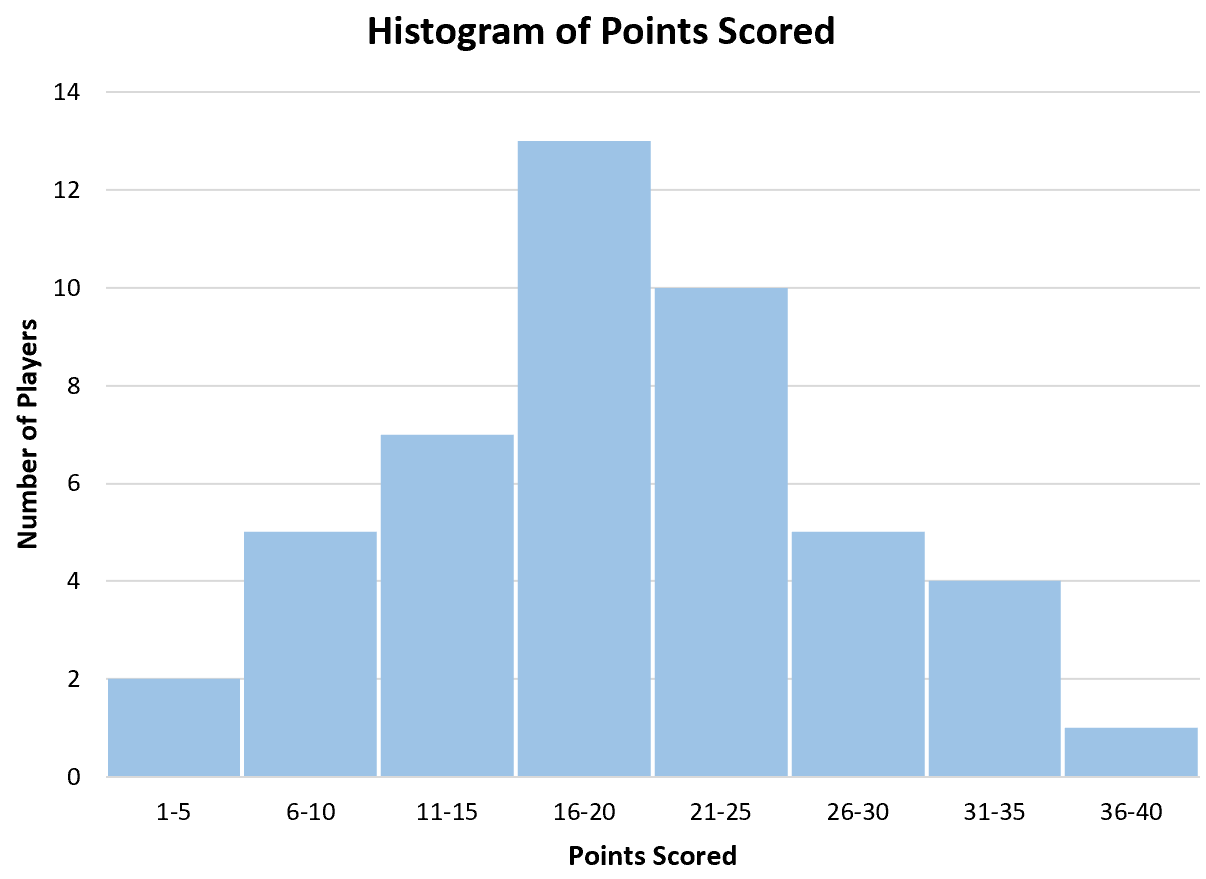 From the histogram we can quickly gain an understanding of the distribution of points scored.

Here’s a quick summary of the differences between pareto charts and histograms:

Difference #2: A pareto chart orders each bar from highest to lowest frequency. Conversely, a histogram places each bar in order from smallest to largest numerical values on the x-axis.

Difference #3: A pareto chart uses a line to represent cumulative frequencies of each bar. Conversely, a histogram does not use any such line.

Both pareto charts and histograms use bars to represent frequencies, but that’s about all they have in common.