The following step-by-step example shows how to perform a paired samples t-test to determine if the population means are equal between the following two groups:

The test statistic of a paired t-test is calculated as: 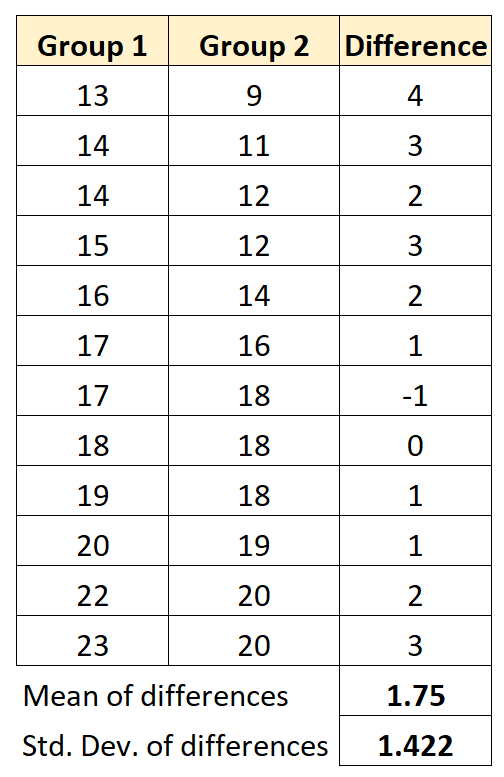 Thus, our test statistic can be calculated as:

Next, we need to find the critical value to compare our test statistic to.

According to the t-Distribution table, the critical value that corresponds to these values is 2.201: 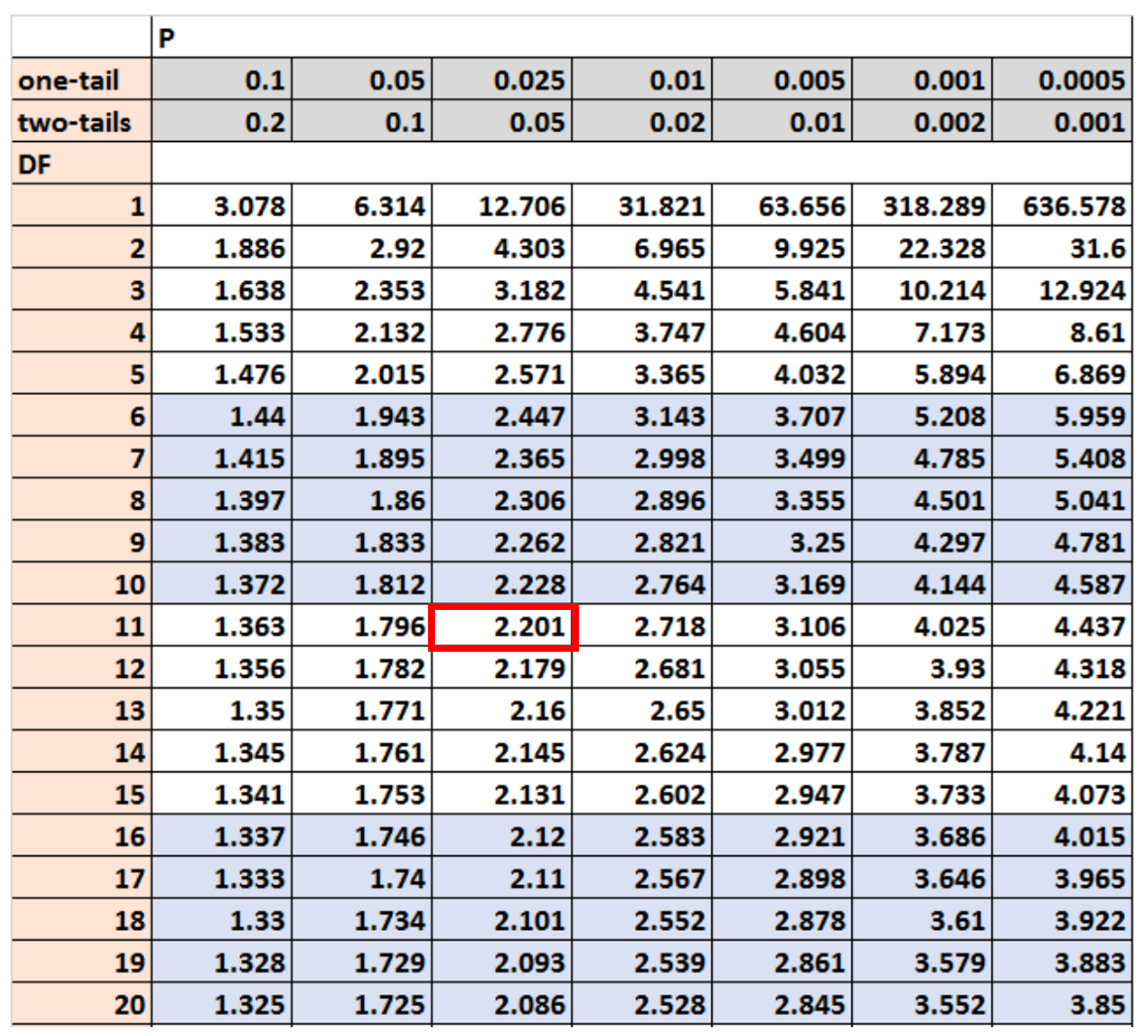 Step 3: Reject or Fail to Reject the Null Hypothesis

Since the absolute value of our test statistic (4.26) is greater than the critical value found in the t-table (2.201), we reject the null hypothesis.

This means we have sufficient evidence to say that the mean between the two groups is not equal.

Bonus: Feel free to use the Paired Samples t-test Calculator to confirm your results.