This tutorial explains how to conduct a paired t-test on a TI-84 calculator.

Researchers want to know if a new fuel treatment leads to a change in the average mpg of a certain car. To test this, they conduct an experiment in which they measure the mpg of 11 cars with and without the fuel treatment.

Since each car receives the treatment, we can conduct a paired t-test in which each car is paired with itself to determine if there is a difference in average mpg with and without the fuel treatment.

Perform the following steps to conduct a paired t-test on a TI-84 calculator. 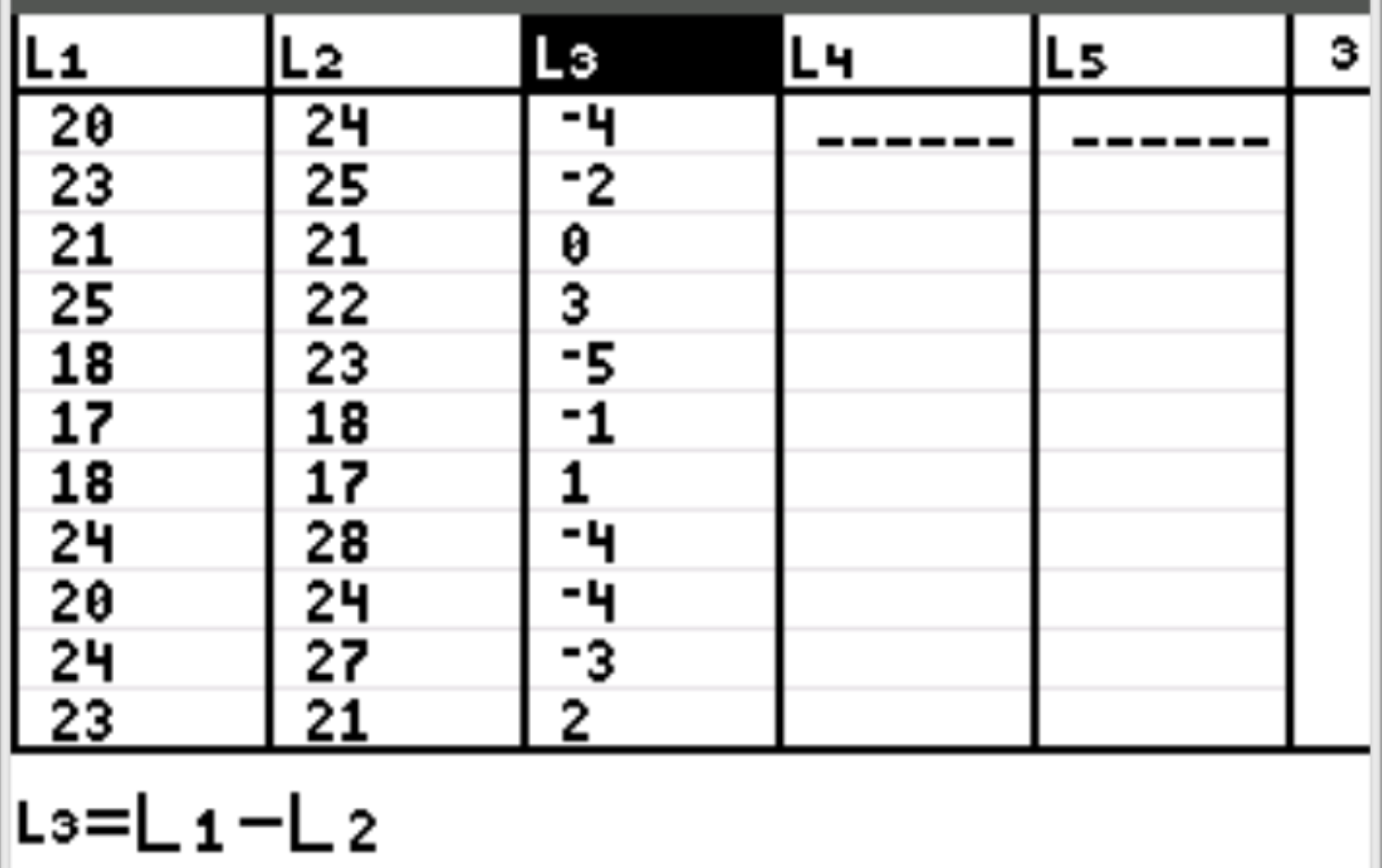 To perform the paired t-test, we will simply perform a t-test on column L3, which contains the values for the paired differences.

Press Stat. Scroll over to TESTS. Scroll down to 2:T-Test and press ENTER. 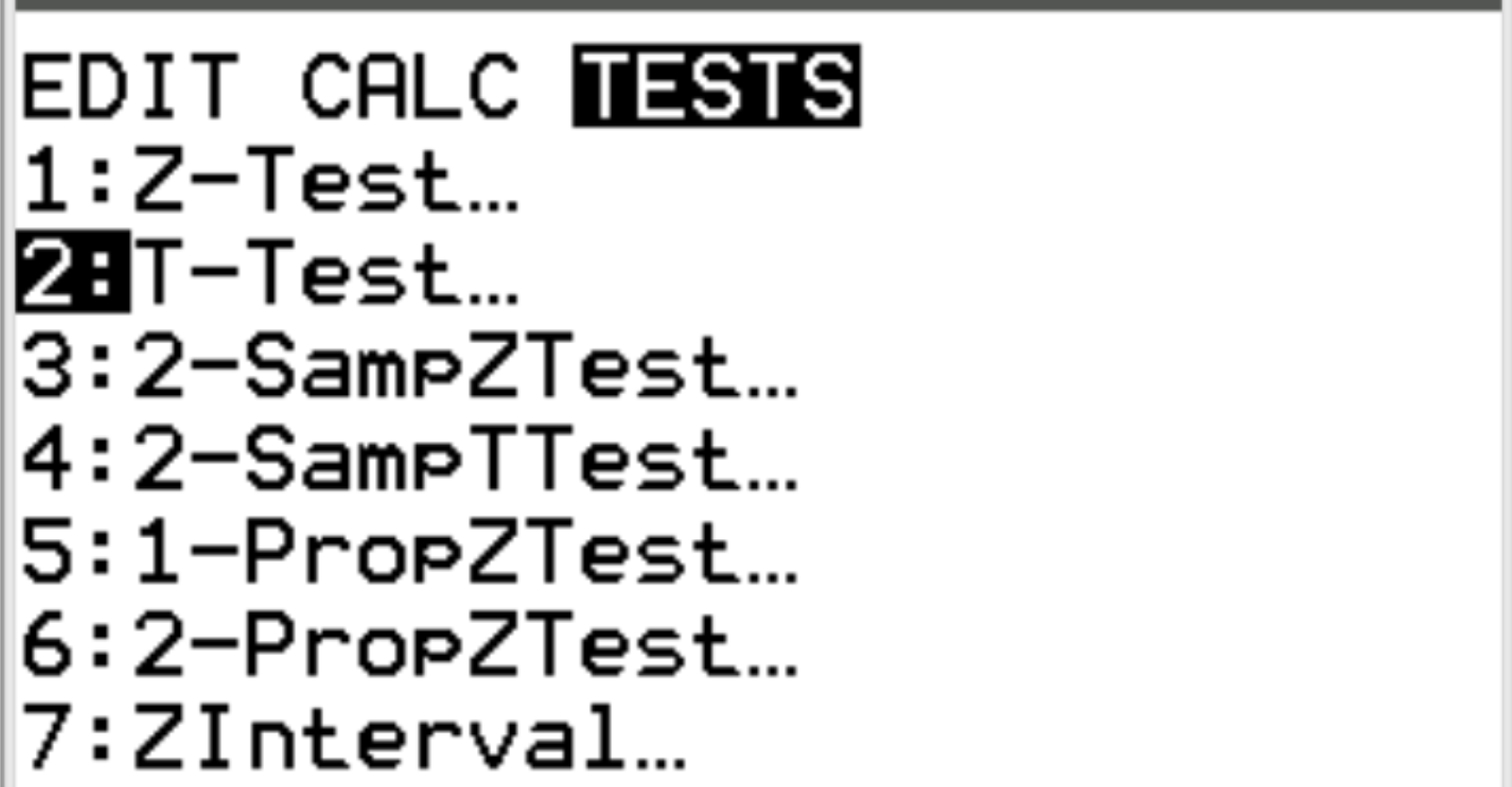 The calculator will ask for the following information: 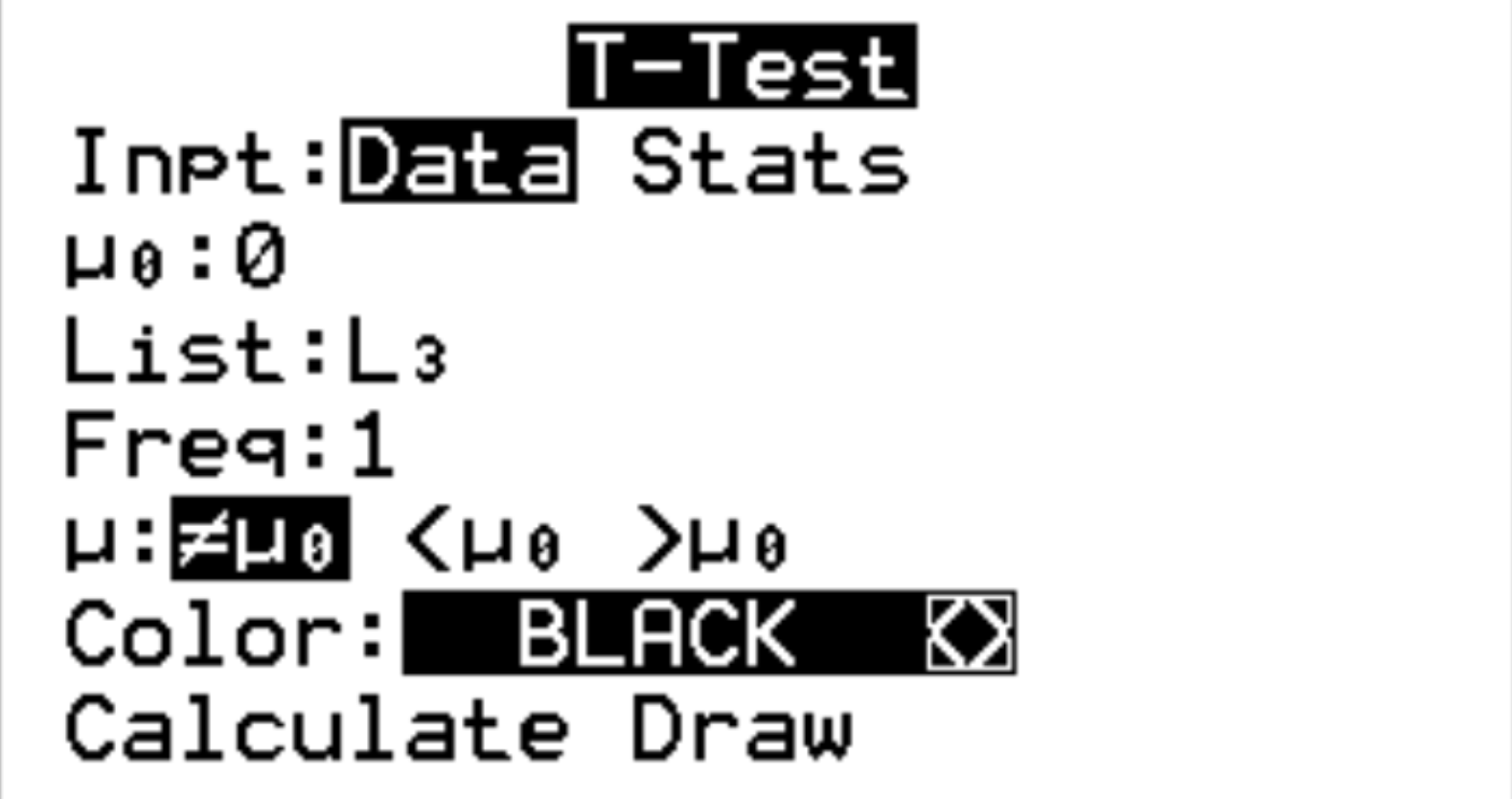 Our calculator will automatically produce the results of the one-sample t-test: