An F-test produces an F-statistic. To find the p-value associated with an F-statistic in Excel, you can use the following command: 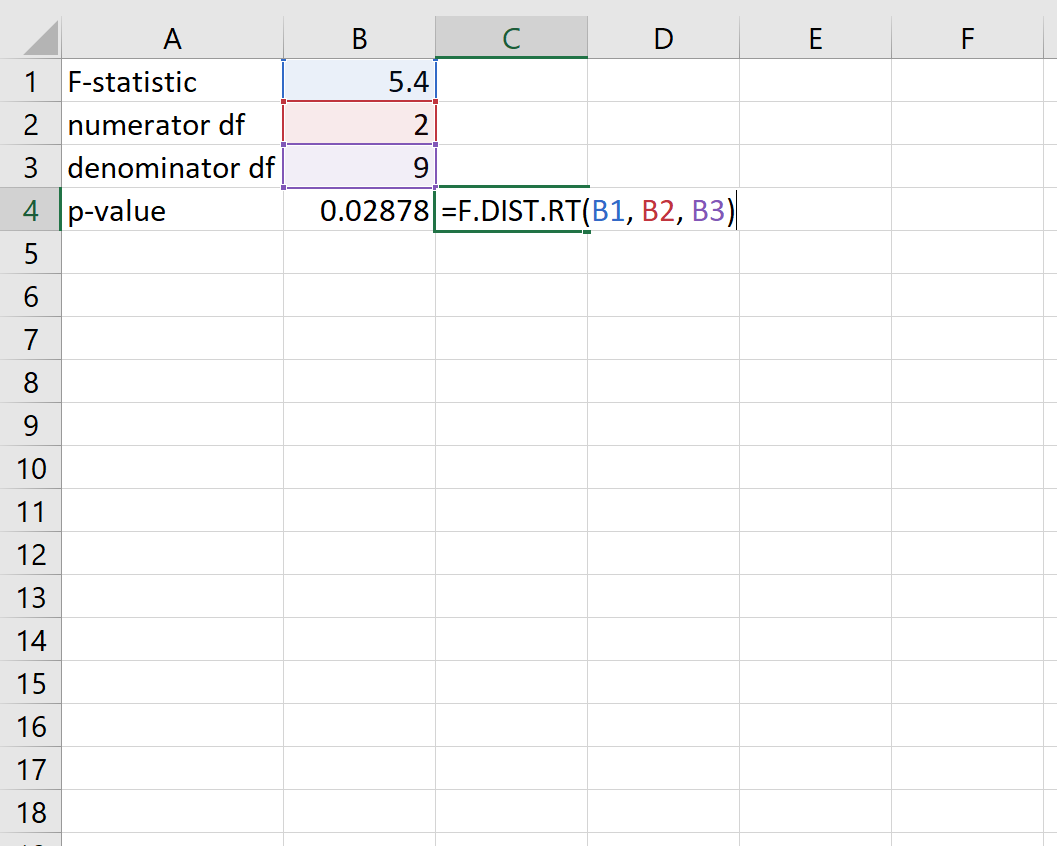 Suppose we have a dataset that shows the total number of hours studied, total prep exams taken, and final exam score received for 12 different students: 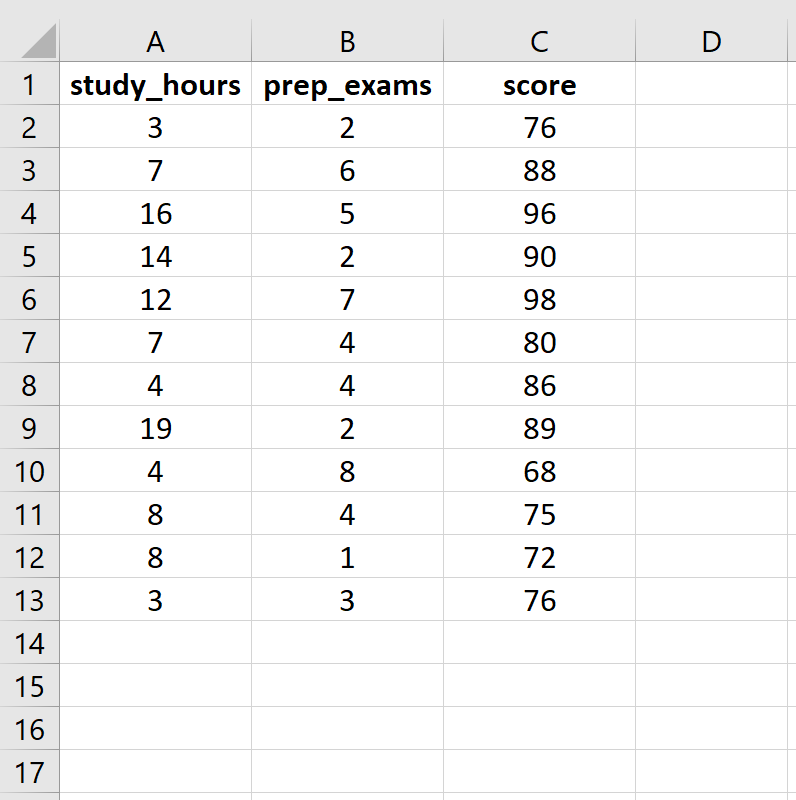 If we fit a linear regression model to this data using study_hours and prep_exams as the explanatory variables and score as the response variable, we will get the following output:

Excel automatically calculates that the p-value for this F-statistic is 0.0332:

In order to calculate this p-value ourselves, we could use the following code:

Notice that we get the same p-value as the linear regression output.