An outlier is an observation that lies abnormally far away from other values in a dataset.

Note: The interquartile range is the difference between the third quartile (75th percentile) and the first quartile (25th percentile) in a dataset. It measures the spread of the middle 50% of values.

The following step-by-step example shows how to use this formula to find outliers in a dataset in Google Sheets.

First, let’s enter the values for the following dataset into Google Sheets: 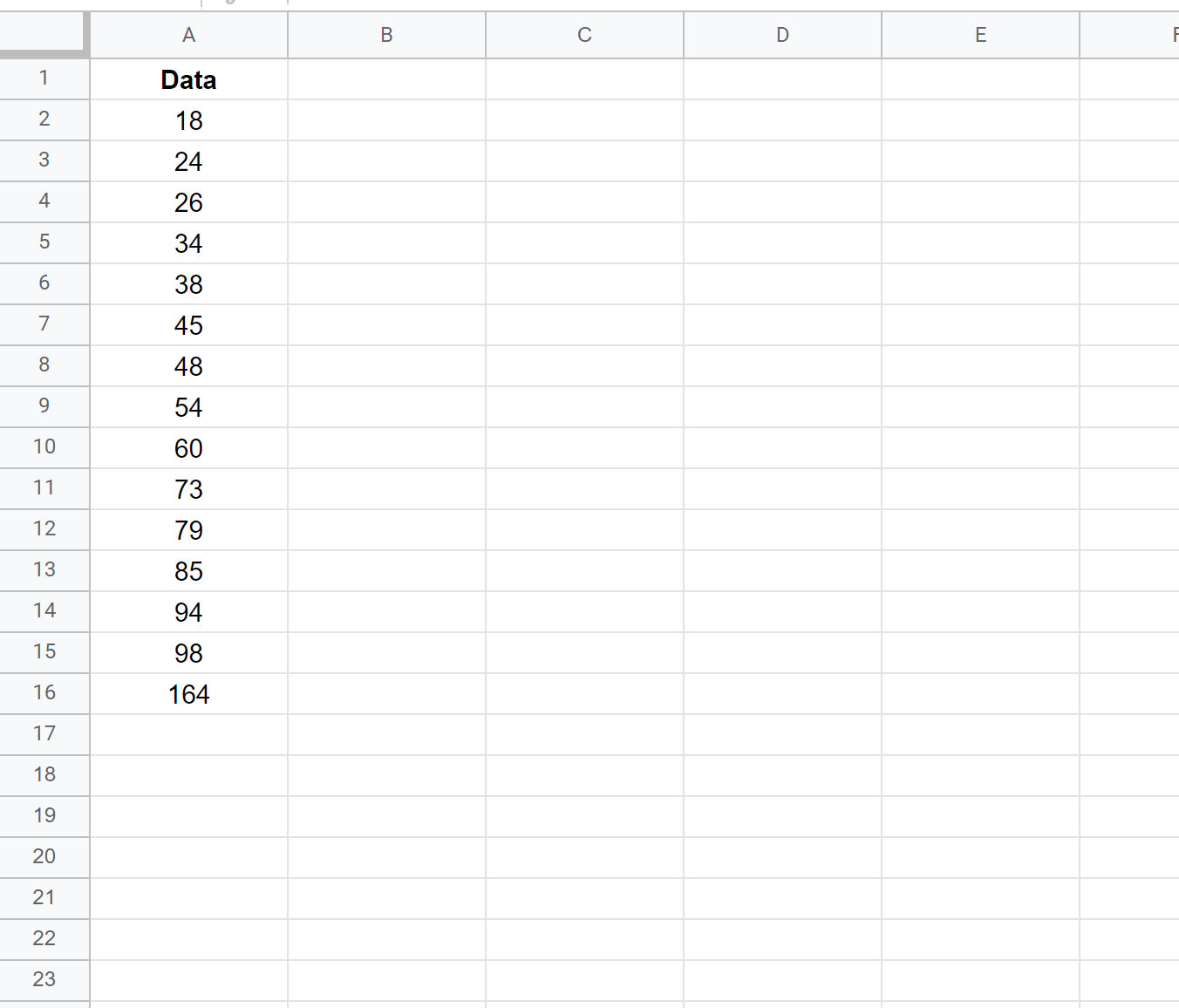 Next, let’s calculate the first quartile, third quartile, and interquartile range of the dataset: 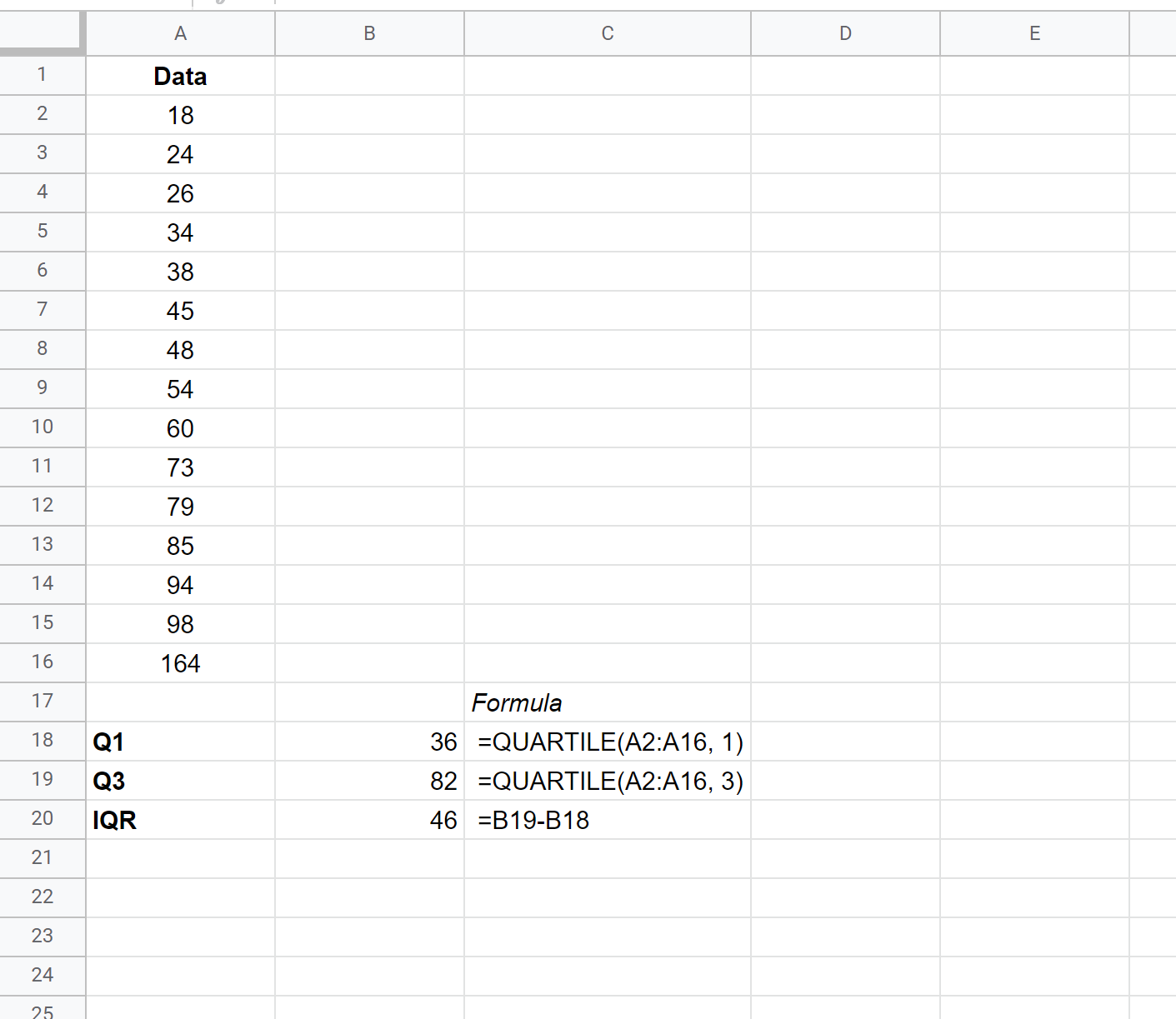 Next, we can use the following formula to assign a “1” to any value that is an outlier in the dataset:

If either is true, the observation is assigned a “1” to designate it as an outlier. 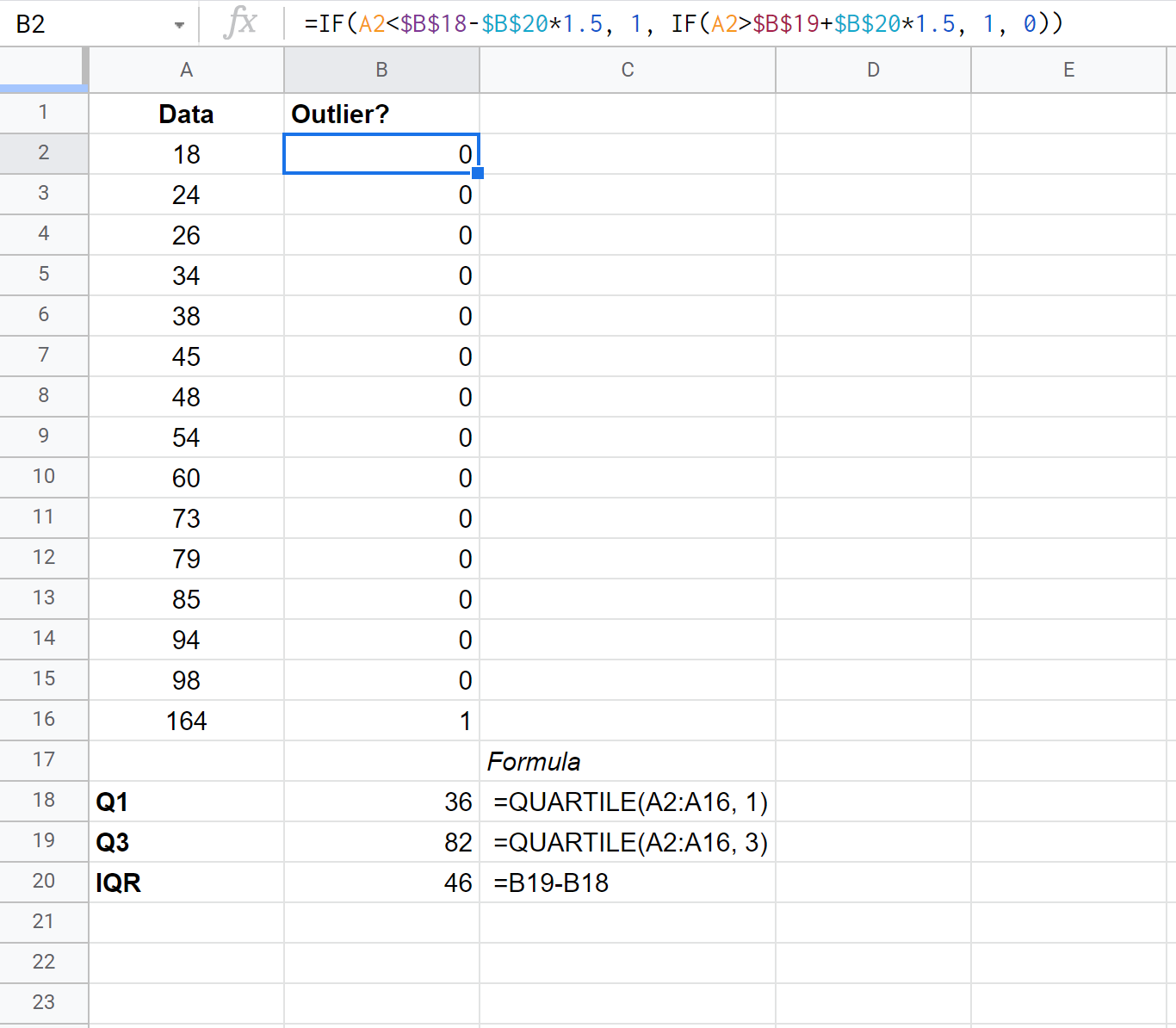 We see that only one value in our dataset turns out to be an outlier: 164.

How to Deal With Outliers

Sometimes data simple gets recorded incorrectly. If an outlier is present, first check that the value was entered correctly and that it wasn’t an error.

2. Assign a new value to the outlier.

If the outlier is the result of a data entry error, you may decide to assign a new value to it such as the mean or the median of the dataset.

If the value is a true outlier, you may choose to remove it if it will have a significant impact on your overall analysis. Just make sure to mention in your final report that you removed an outlier.

The following tutorials explain how to remove outliers in other statistical software: