This tutorial explains how to conduct a one-way ANOVA in Stata.

In this example we will use the built-in Stata dataset called systolic to perform a one-way ANOVA. This dataset contains the following three variables for 58 different individuals:

We will use the following steps to perform a one-way ANOVA to find out if the type of drug used leads to a significant impact in the change in systolic blood pressure.

First, load the data by typing webuse systolic in the command box and clicking Enter. 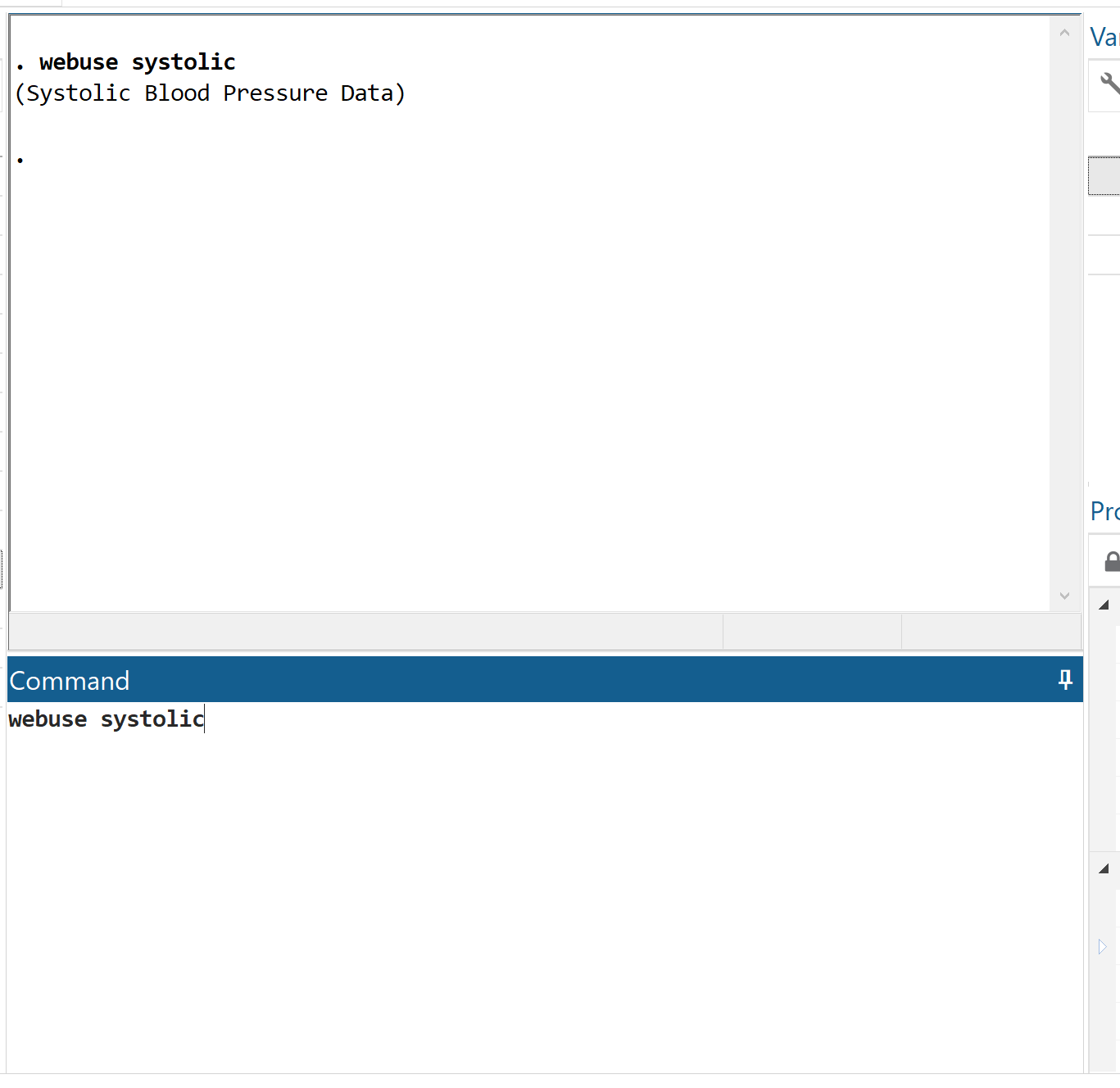 Before we perform a one-way ANOVA, let’s first view the raw data. Along the top menu bar, go to Data > Data Editor > Data Editor (Browse). This will show us the actual data for all 58 patients: 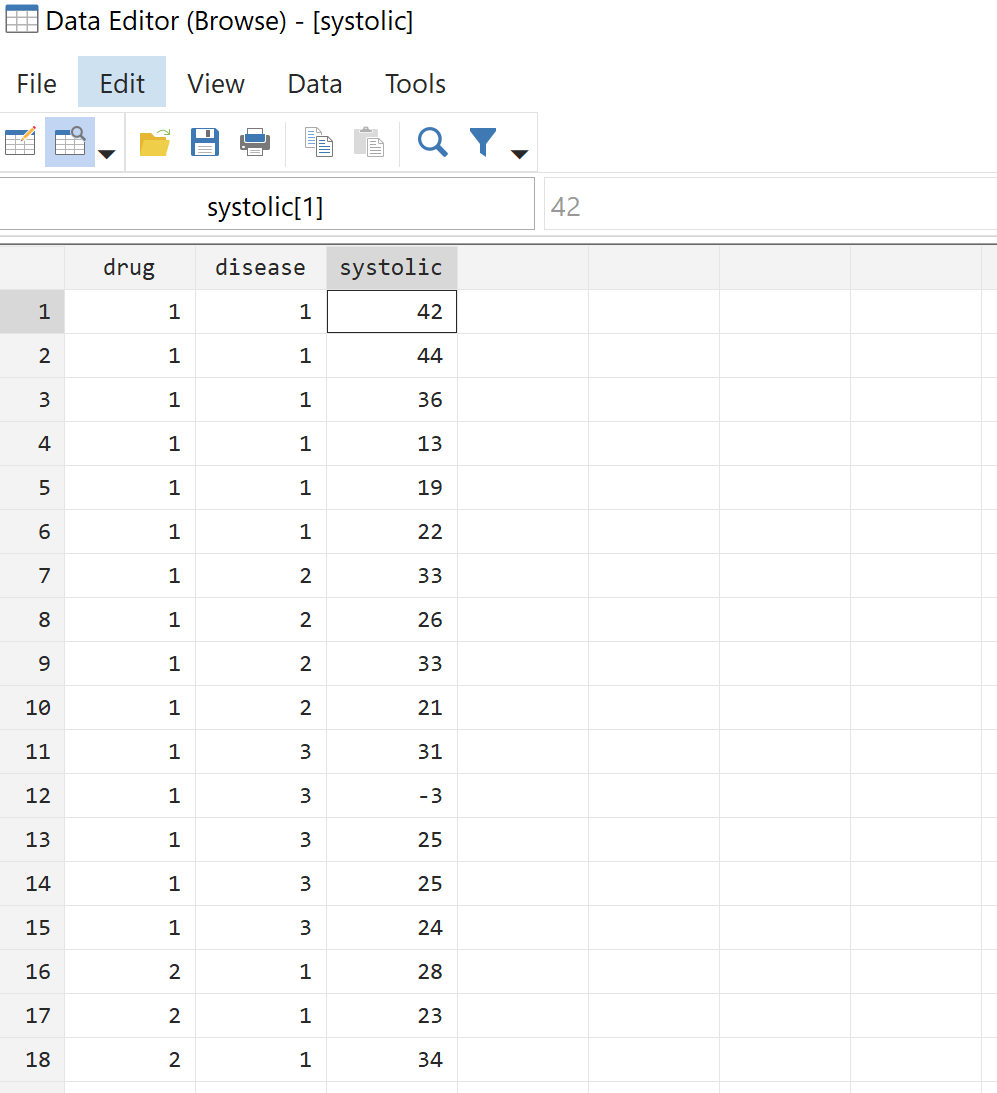 Next, let’s visualize the data. We’ll create boxplots to view the distribution of systolic blood pressure values for each category of drug.

Then, in the Categories subheading under Grouping variable, choose drug:

Click OK. A chart with four boxplots will automatically be displayed: 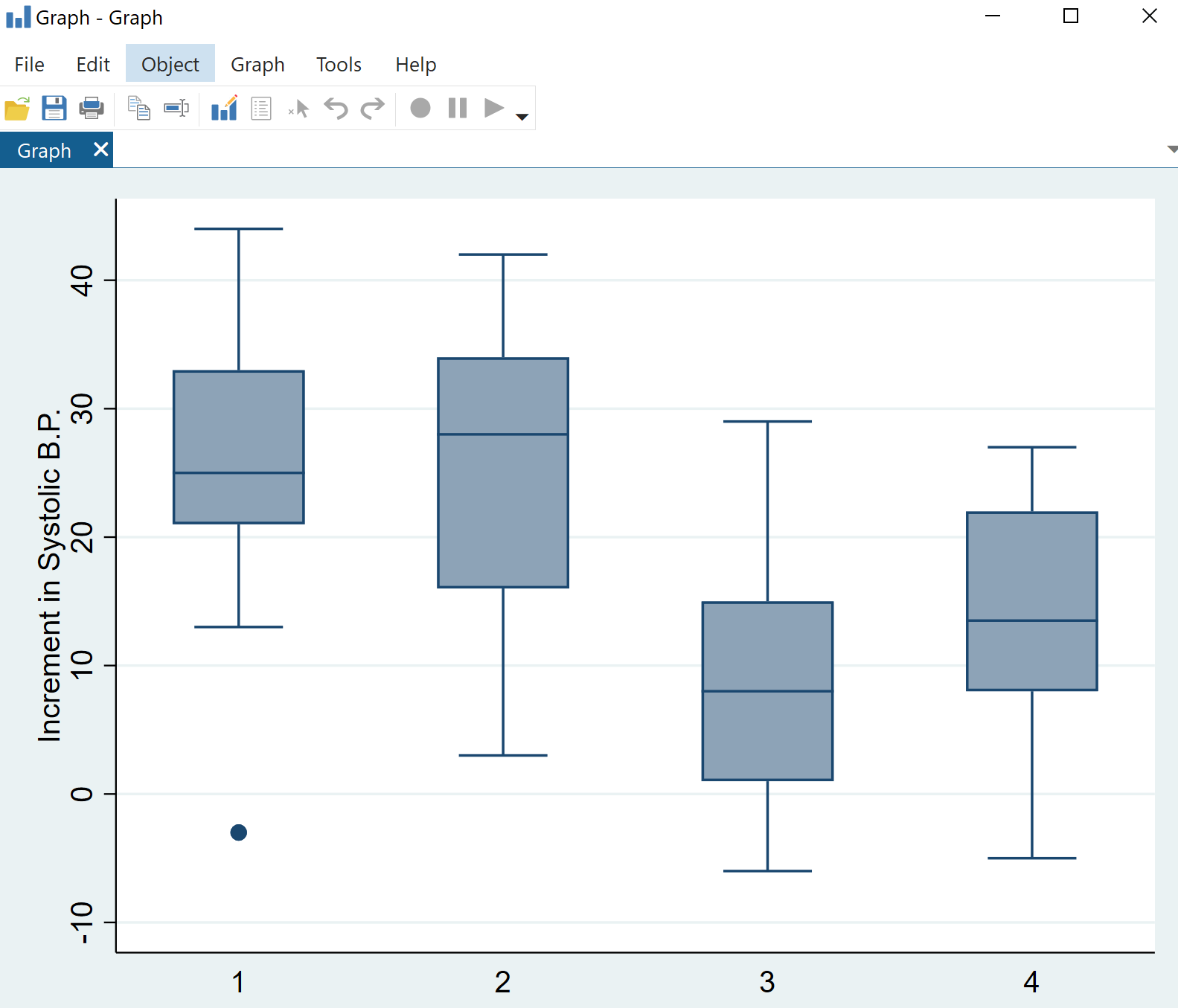 We can immediately see that the distribution of changes in systolic blood pressure vary between the drug categories, but a one-way ANOVA will tell us if these differences are statistically significant. 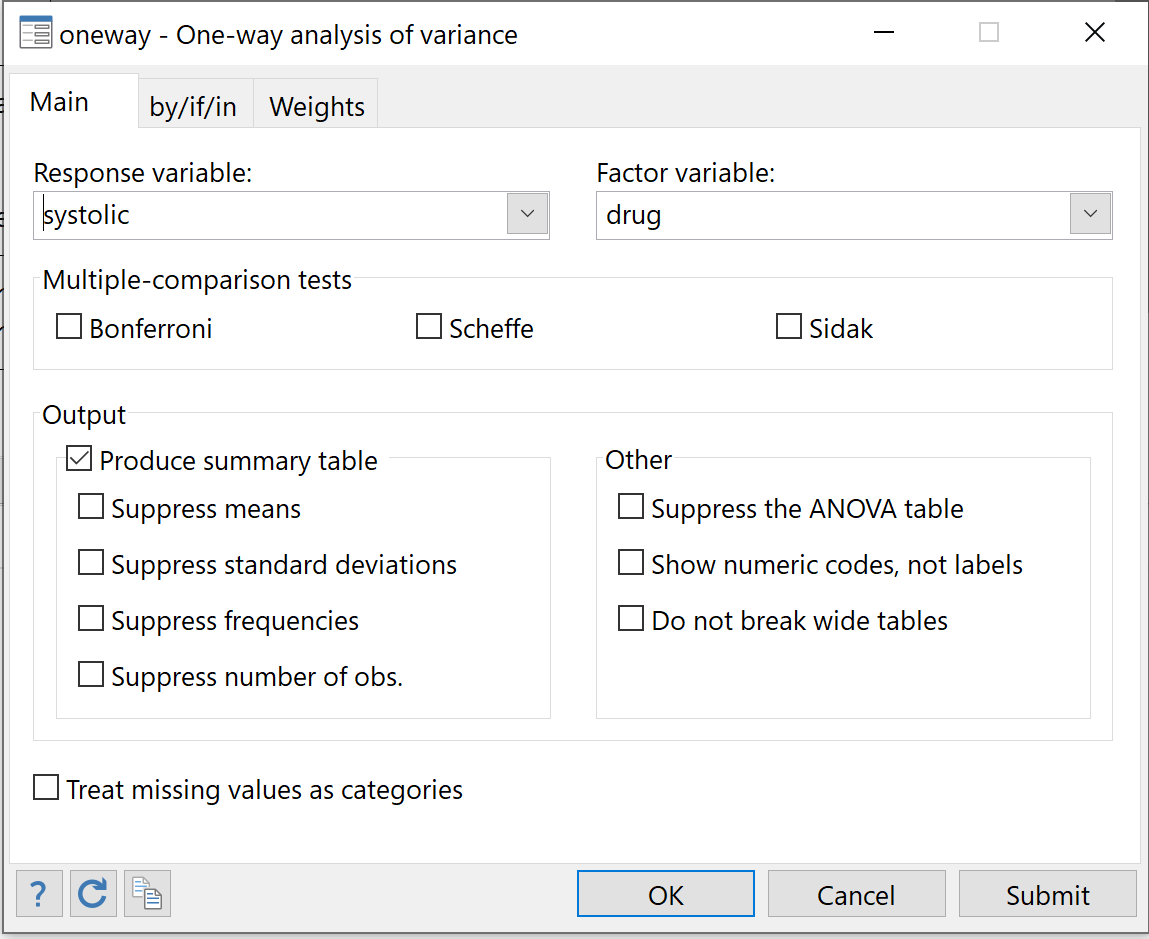 The following output will be displayed: 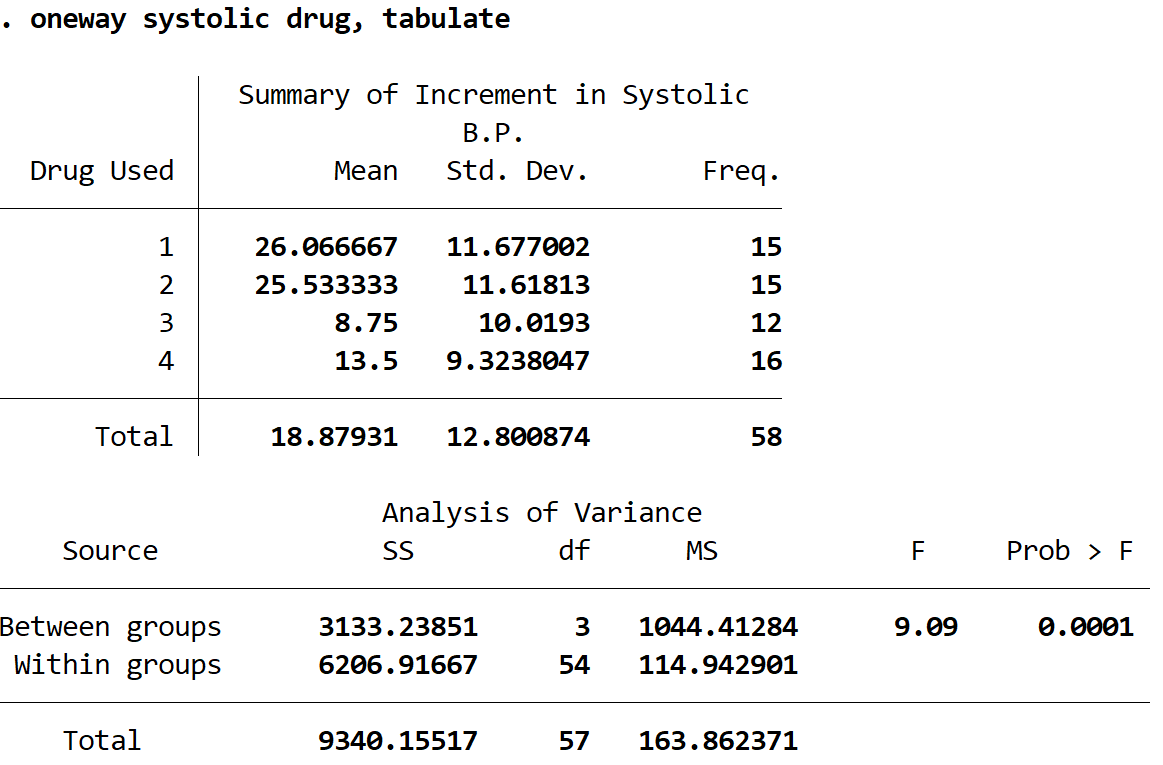 The F-statistic is 9.09 and the corresponding p-value is 0.0001. Since the p-value is less than alpha = 0.05, we can reject the null hypothesis that the mean change in systolic blood pressure for each group is equal.

In other words, there is a statistically significant difference in the mean change in systolic blood pressure between at least two of the drug groups.

Next, we can perform multiple comparison tests to actually find out which group means are different from each other.

Along the top menu bar, go to Statistics > Summaries, tables, and tests > Summary and descriptive statistics > Pairwise comparisons of means. 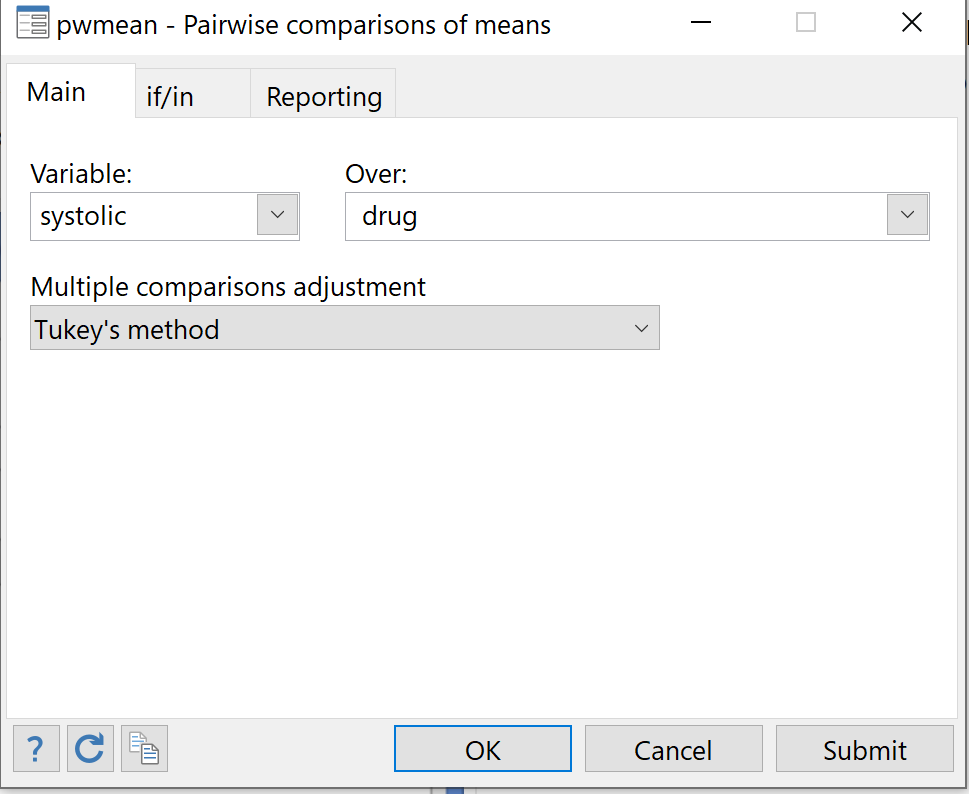 Then, under the Reporting subheading click the button next to Effects tables and check the box next to Show effects table with confidence intervals and p-values. Then click OK. 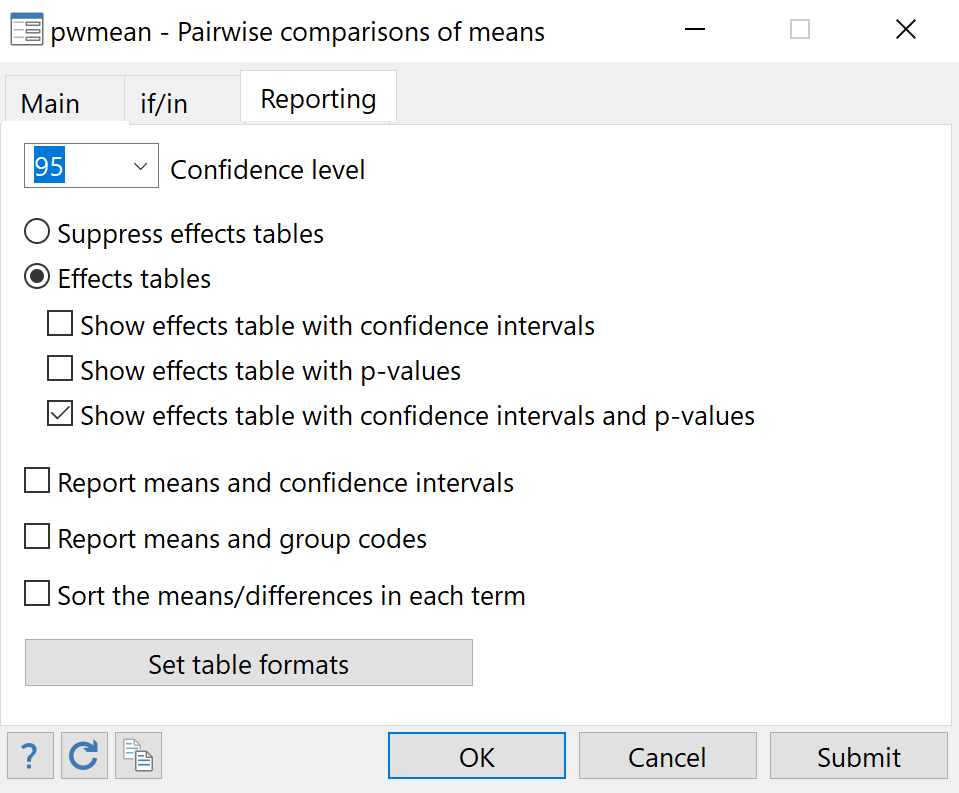 The following results will be displayed: 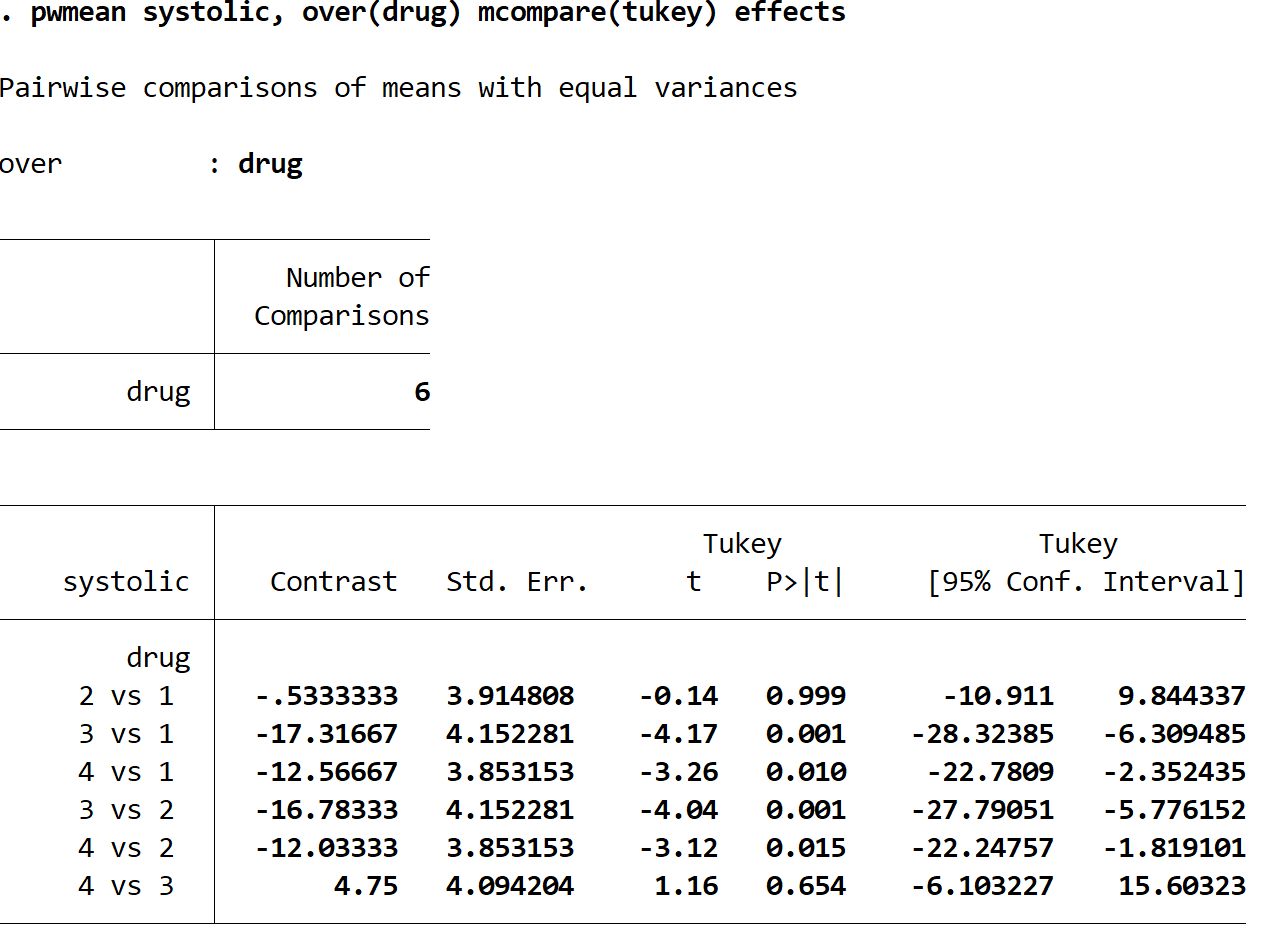 However, we can see that the p-values for the following comparisons are all less than 0.05:

This means that the difference in mean systolic blood pressure change is statistically significant between each of these groups.

Lastly, we will report the results of our One-Way ANOVA analysis. Here is an example of how to do so:

A one-way ANOVA was performed to determine if four different types of drugs had different impacts on systolic blood pressure. 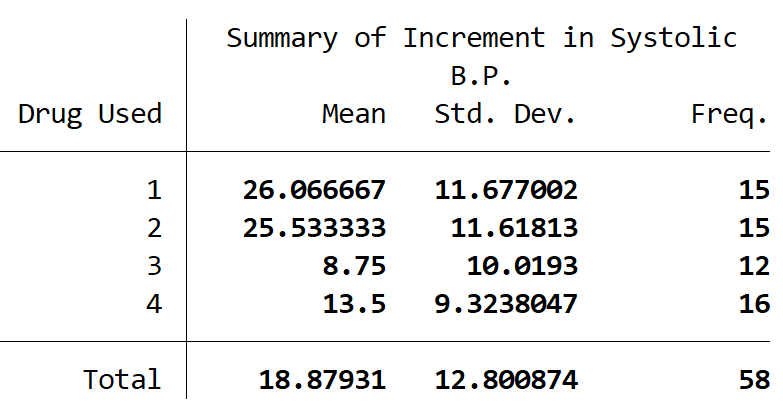