This type of test is called a one-way ANOVA because we are analyzing how one predictor variable impacts a response variable.

If we were instead interested in how two predictor variables impact a response variable, we could conduct a two-way ANOVA.

This tutorial explains how to conduct a one-way ANOVA in SPSS.

Suppose a researcher recruits 30 students to participate in a study. The students are randomly assigned to use one of three studying techniques for the next month to prepare for an exam. At the end of the month, all of the students take the same test. 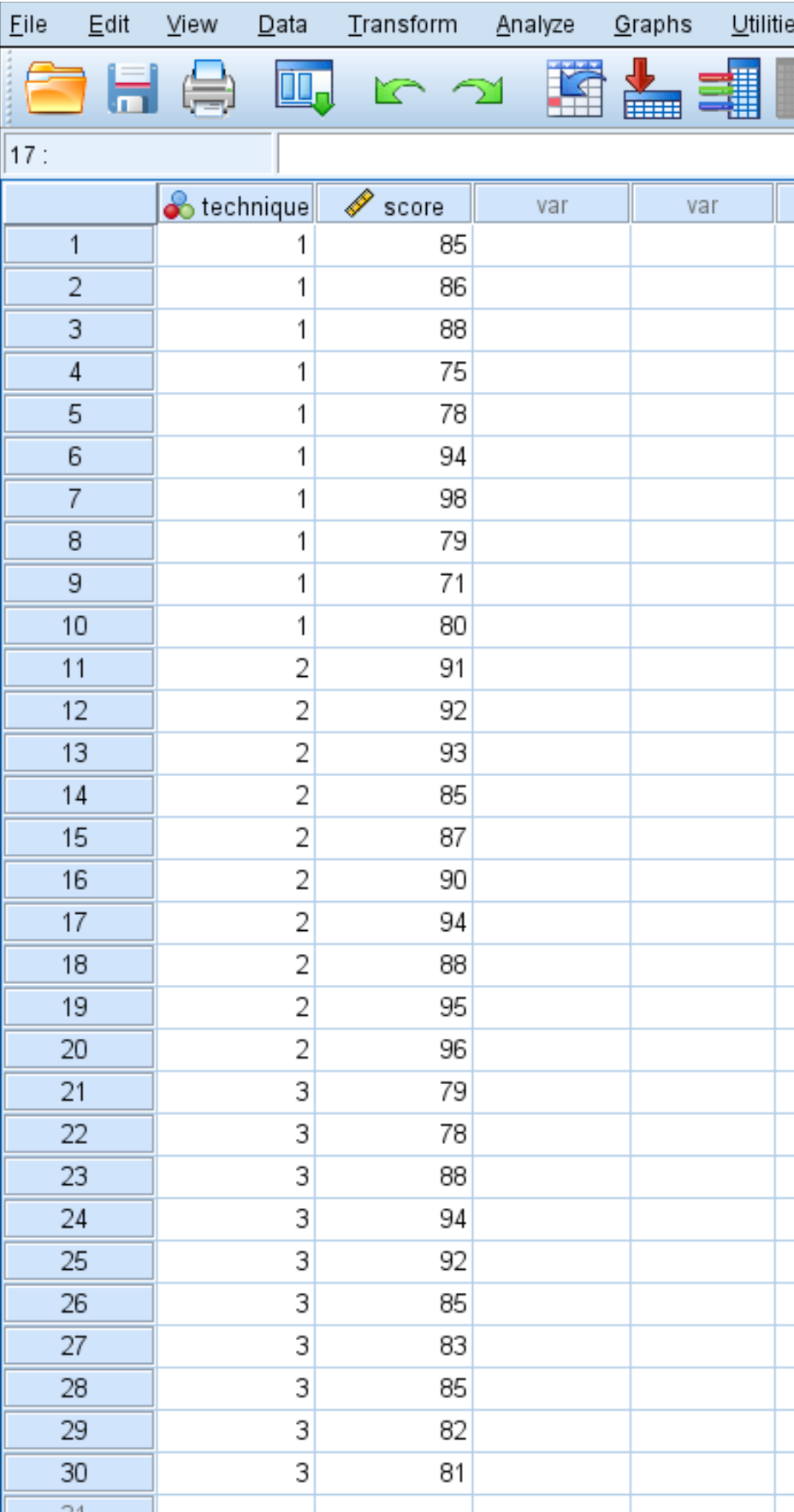 Use the following steps to perform a one-way ANOVA to determine if the average scores are the same across all three groups.

First, we’ll create boxplots to visualize the distribution of test scores for each of the three studying techniques. Click the Graphs tab, then click Chart Builder. 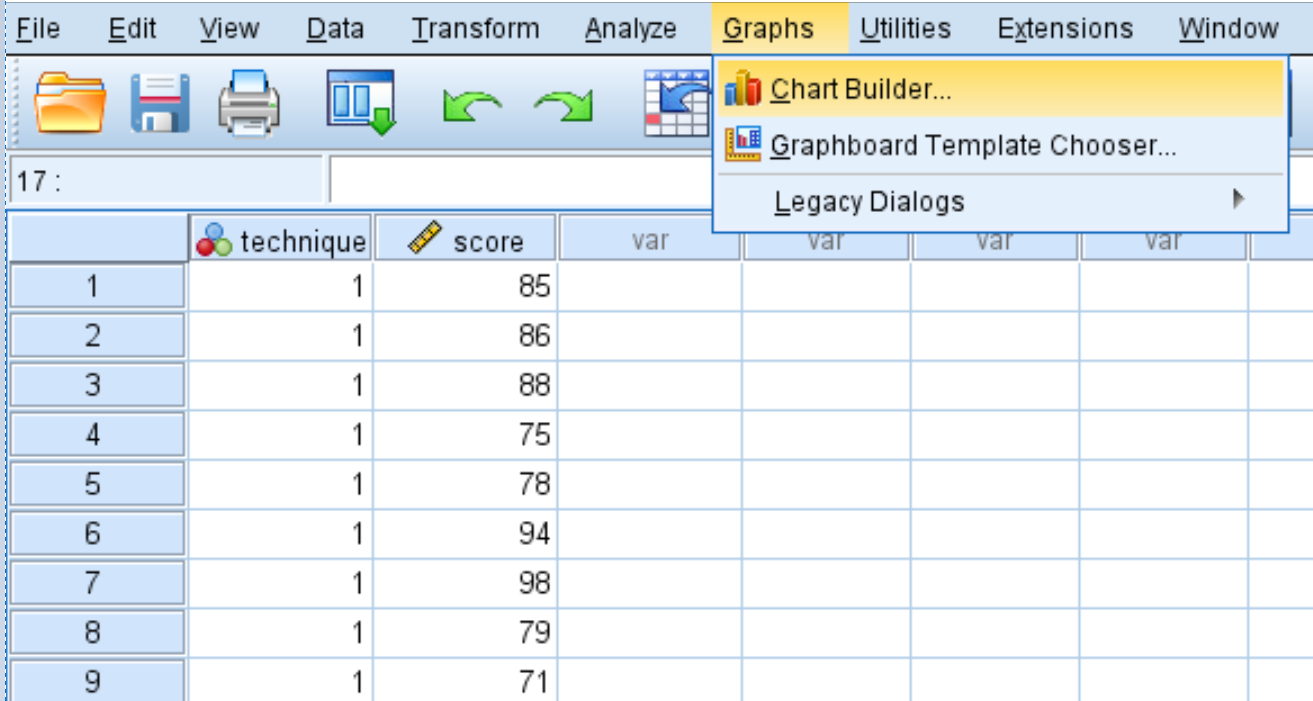 Select Boxplot in the Choose from: window. Then drag the first chart titled Simple boxplot into the main editing window. Drag the variable technique onto the x-axis and score onto the y-axis. 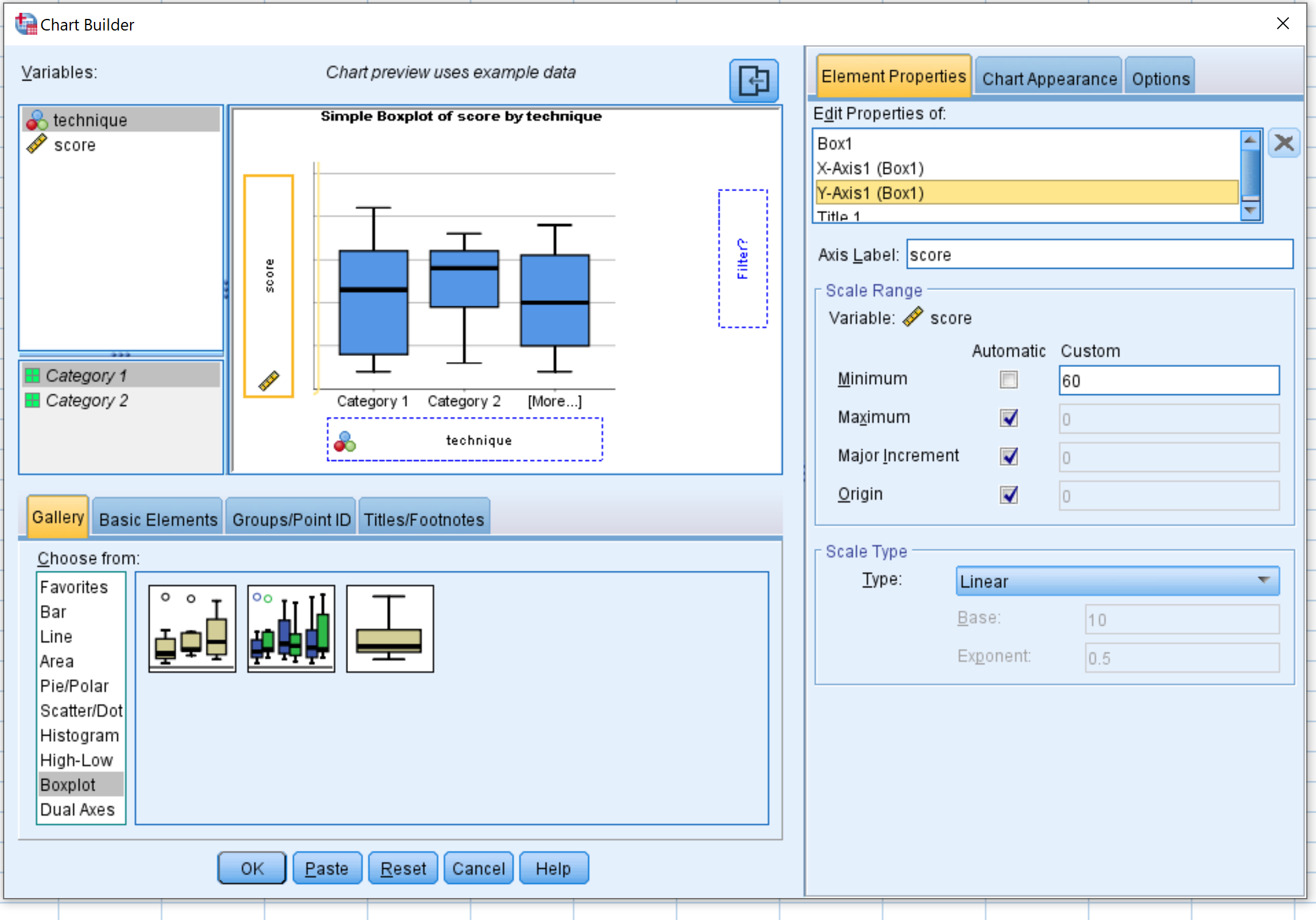 The following boxplots will appear: 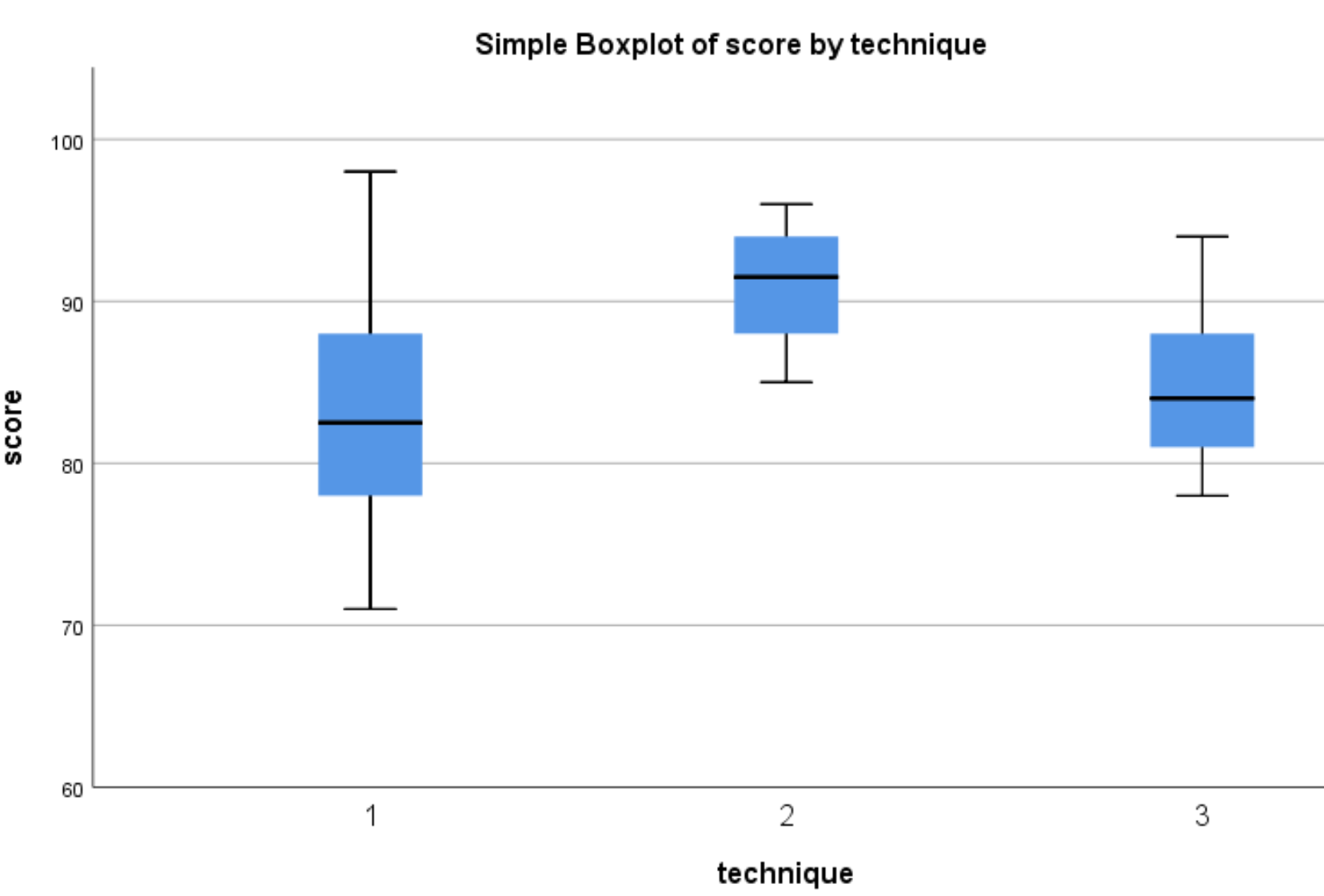 Click the Analyze tab, then Compare Means, then One-Way ANOVA. 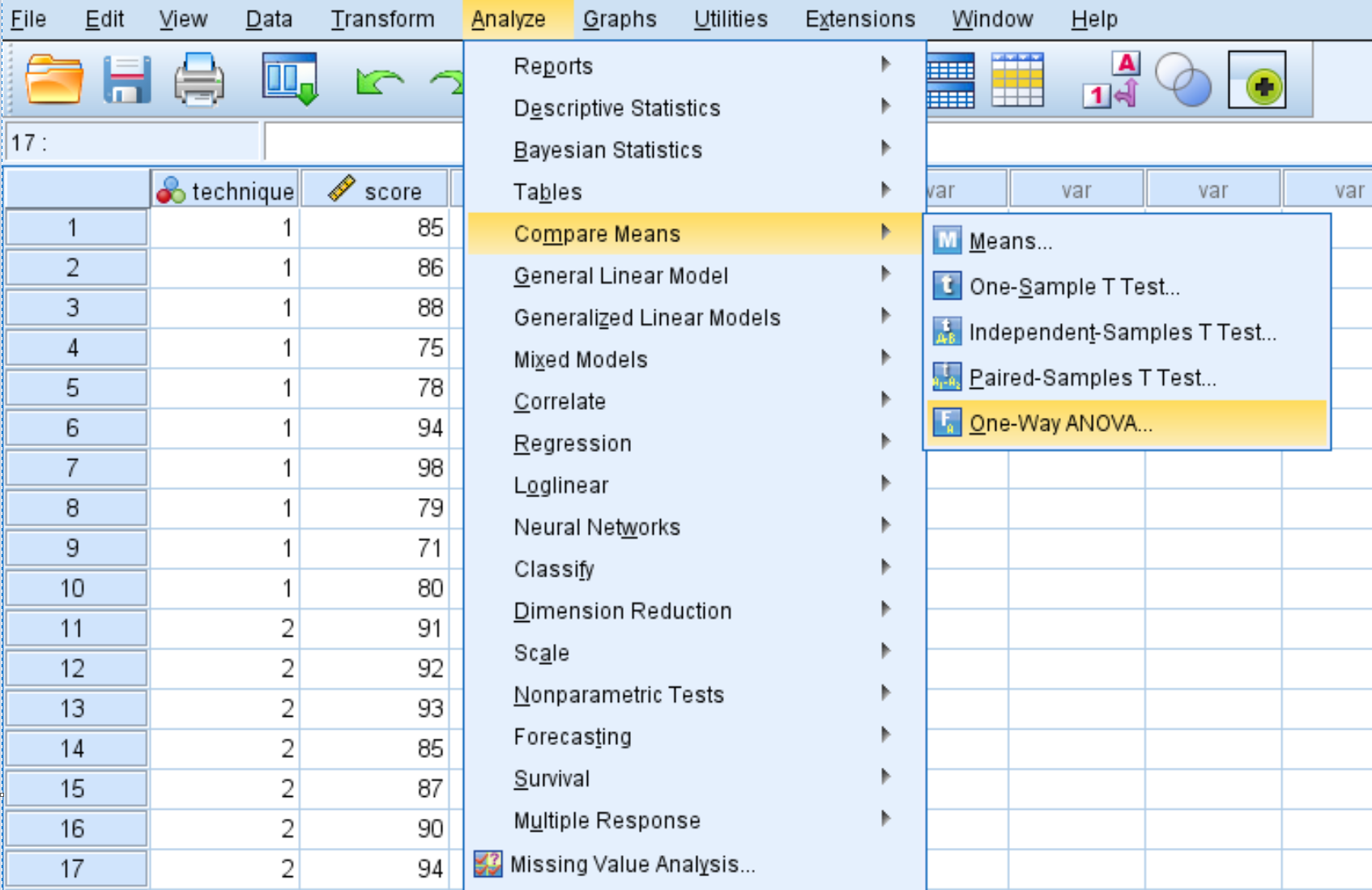 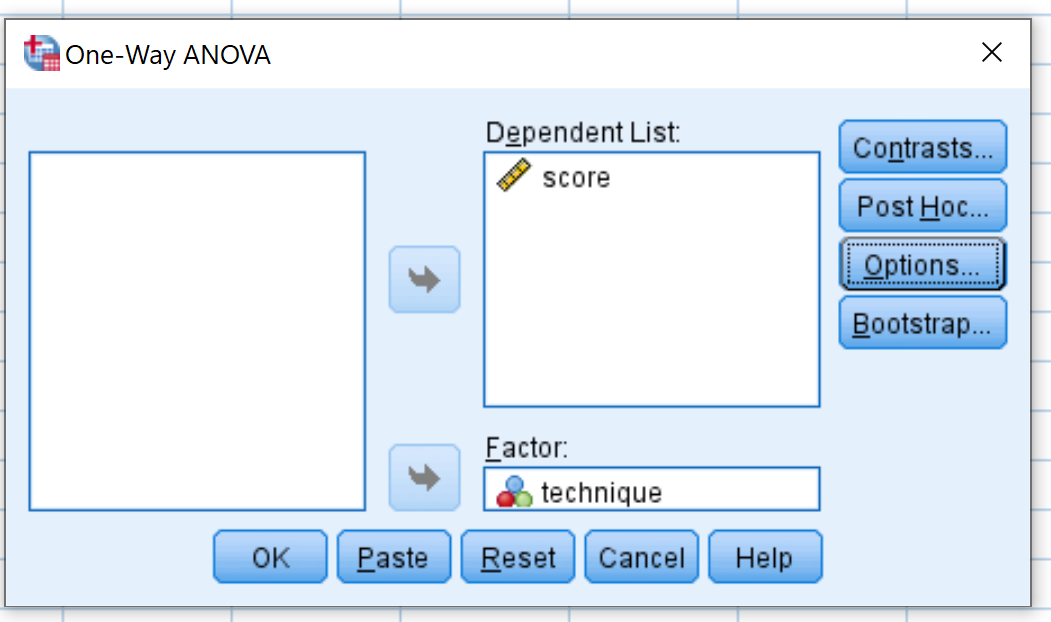 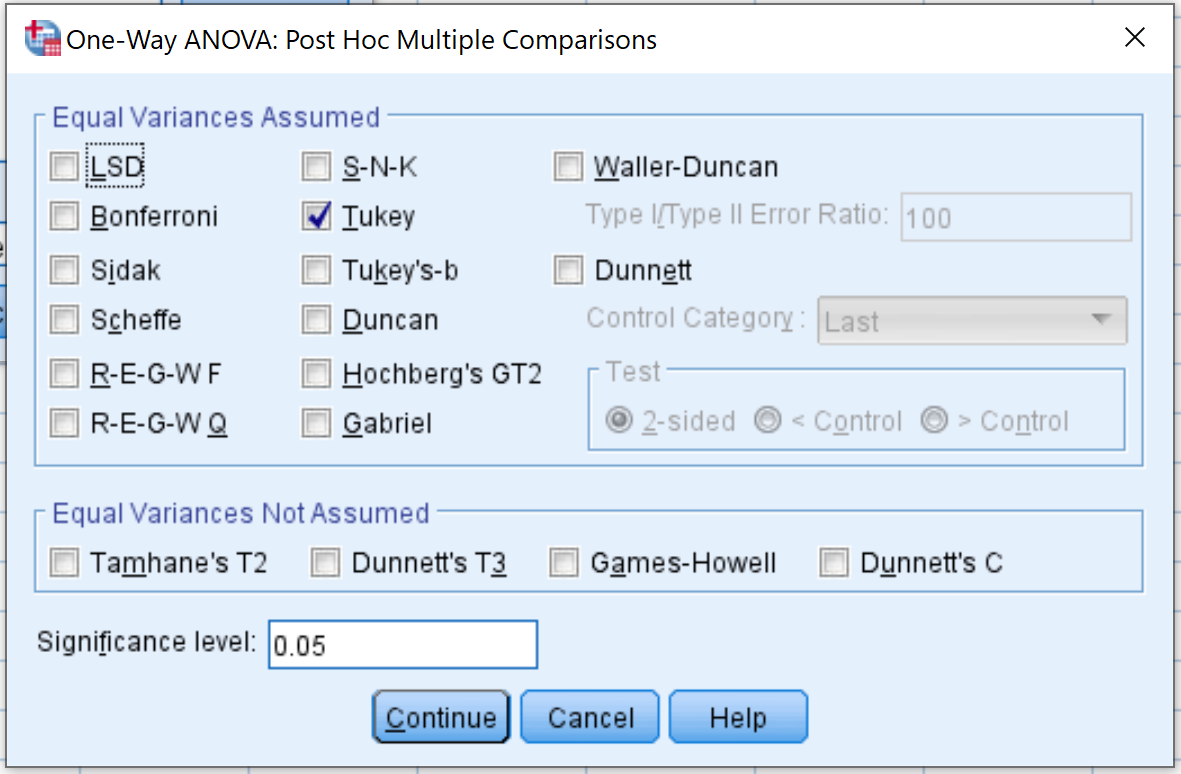 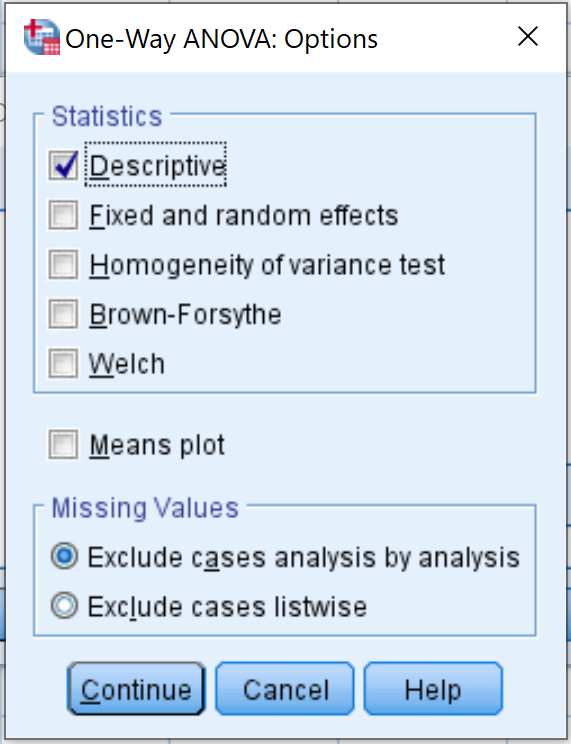 Once you click OK, the results of the one-way ANOVA will appear. Here is how to interpret the output:

This table displays descriptive statistics for each of the three groups in our dataset.

The most relevant numbers include:

This table displays the results of the one-way ANOVA:

The most relevant numbers include:

Since the p-value from the ANOVA table is less than .05, we have sufficient evidence to reject the null hypothesis and conclude that at least one of the group means is different from the rest.

To find out exactly which group means differ from one another, we can refer to the last table in the ANOVA output.

From the table we can see the p-values for the following comparisons:

The only group comparison that has a p-value less than .05 is between technique 1 and technique 2.

Lastly, we can report the results of the one-way ANOVA. Here is an example of how to do so:

A total of 10 students used each of the three studying techniques for one month before all taking the same test.