This tutorial provides a step-by-step example of how to perform a one-way ANOVA in Google Sheets.

To perform a one-way ANOVA in Google Sheets, we need to first install the free XLMiner Analysis Toolpak. 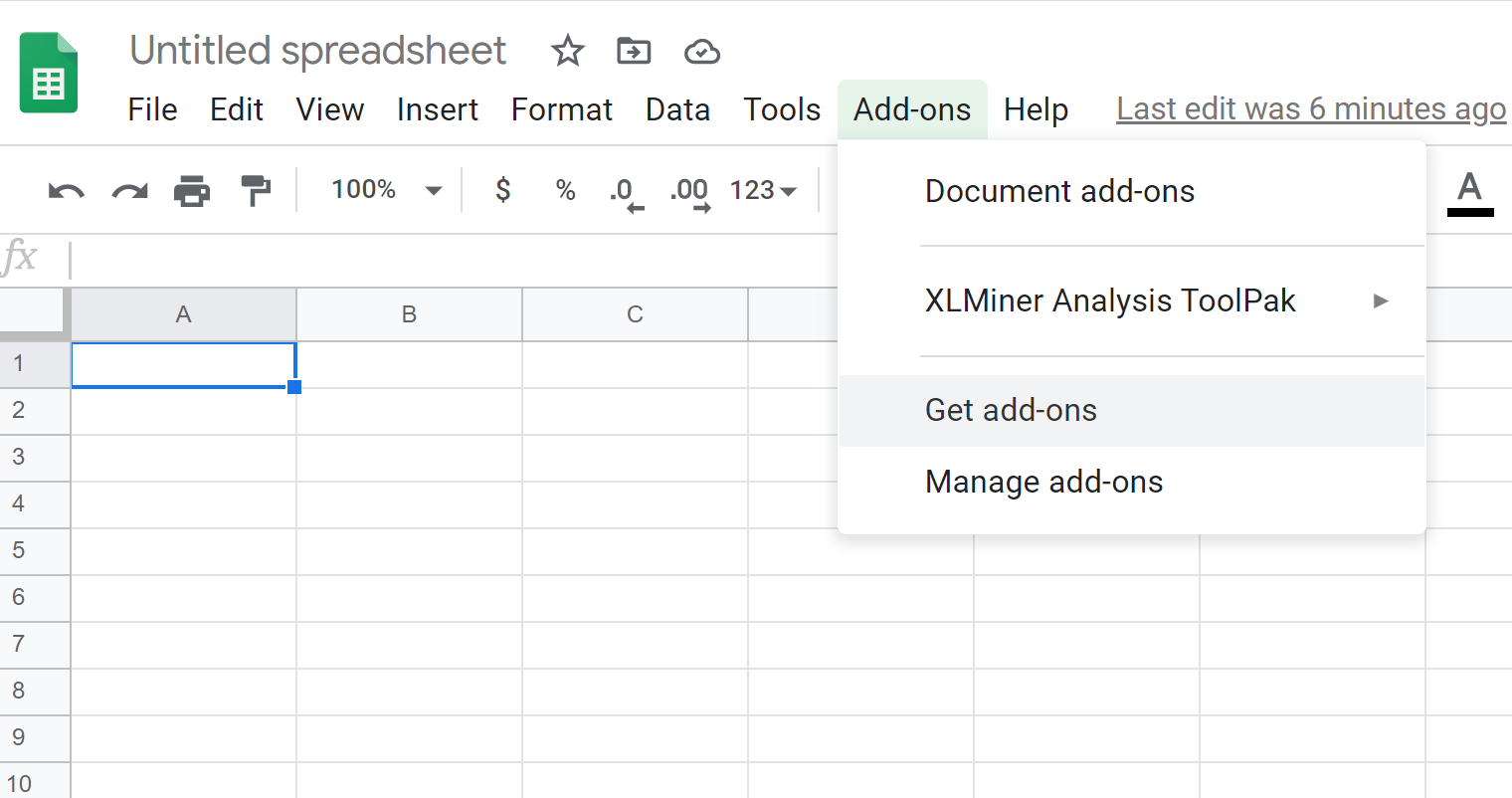 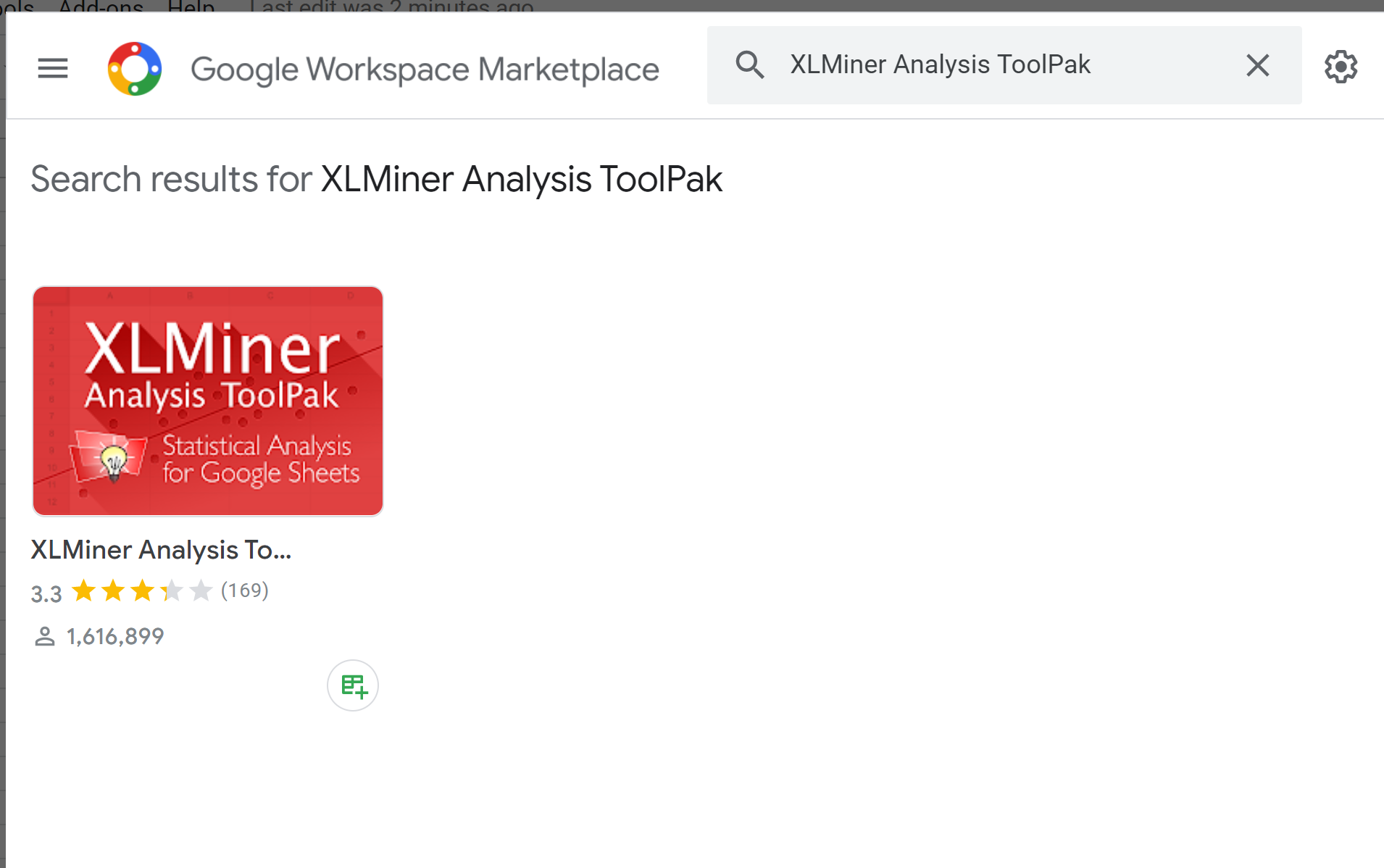 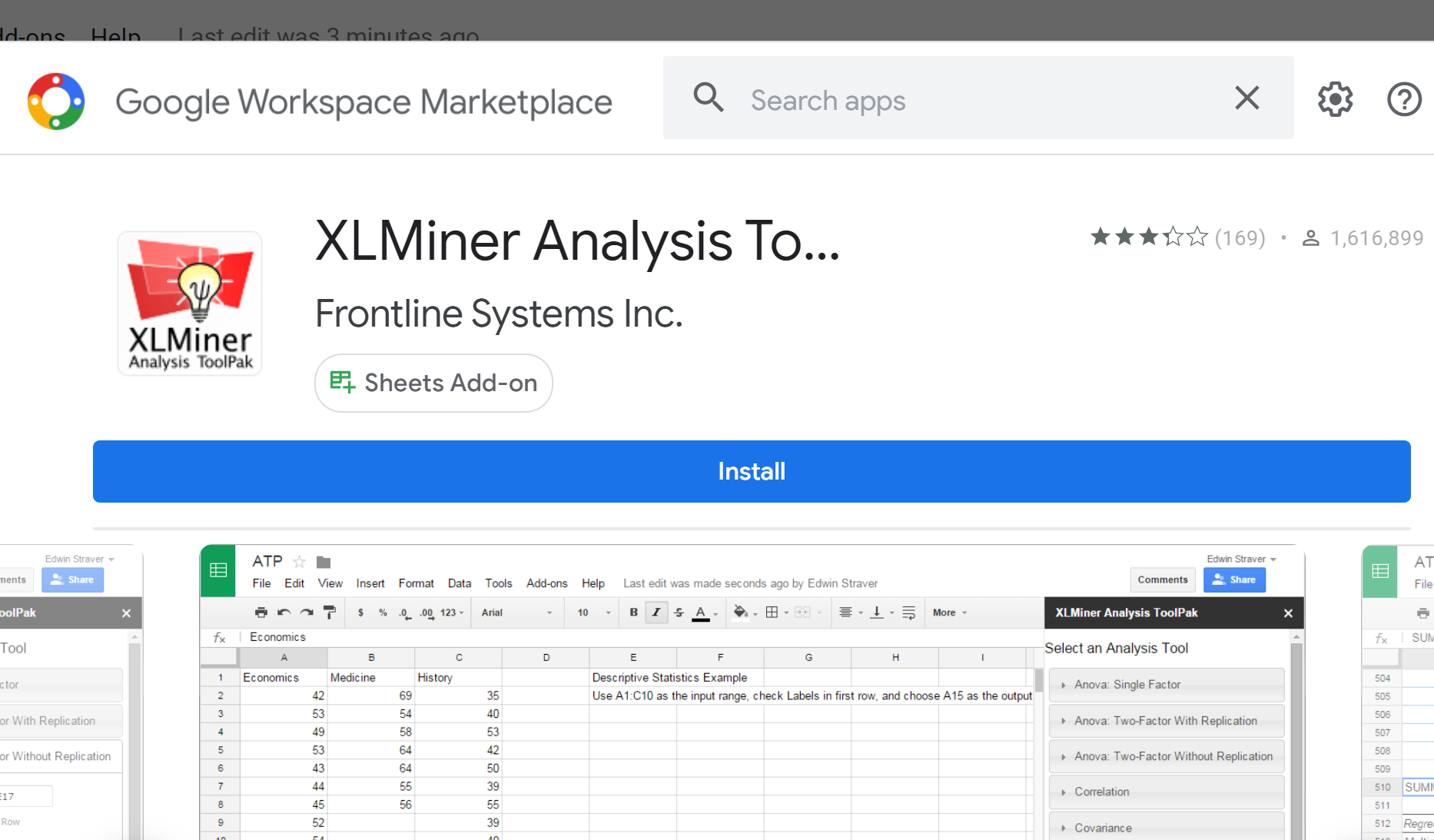 Next, we need to enter the data to use for the one-way ANOVA.

For this example, suppose a researcher recruits 30 students to participate in a study. The students are randomly assigned to use one of three studying methods to prepare for an exam. The exam results for each student are shown below: 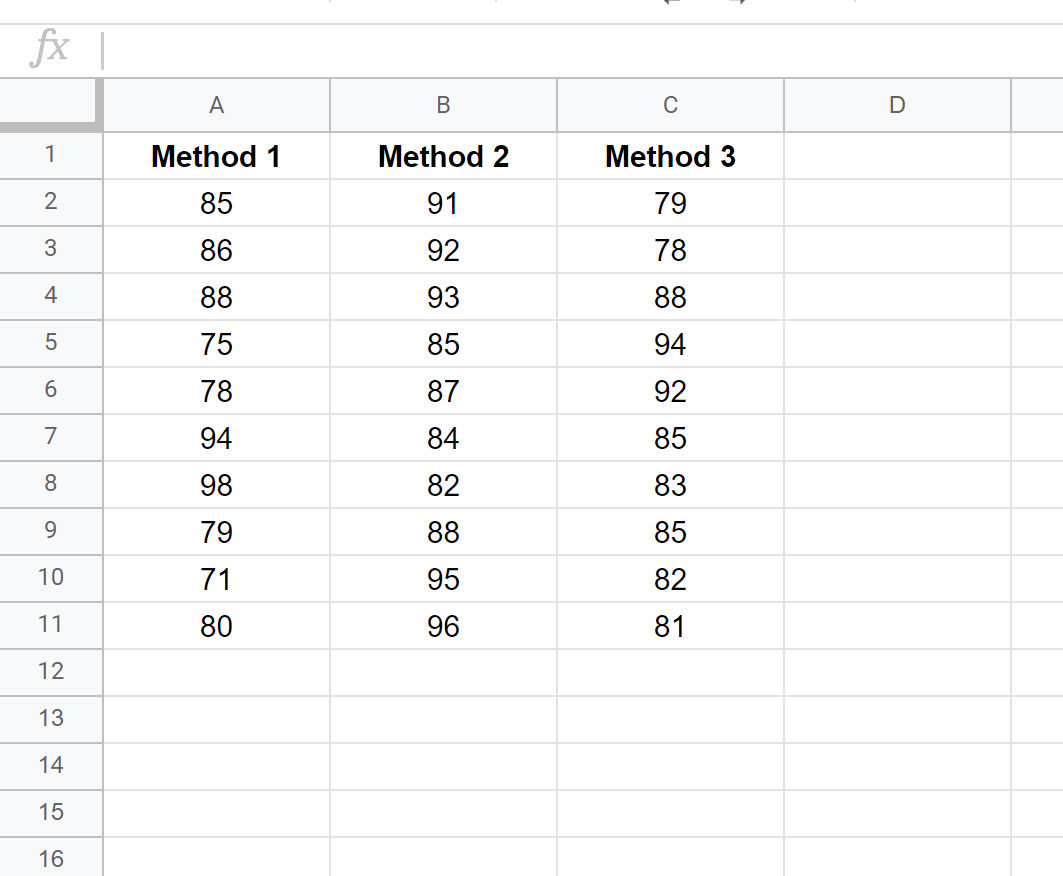 Click Anova: Single Factor and fill in the following information:

Once you click OK, the results of the one-way ANOVA will appear starting in the cell you specified in Output Range. In our case, we chose to display the results starting in cell E1: 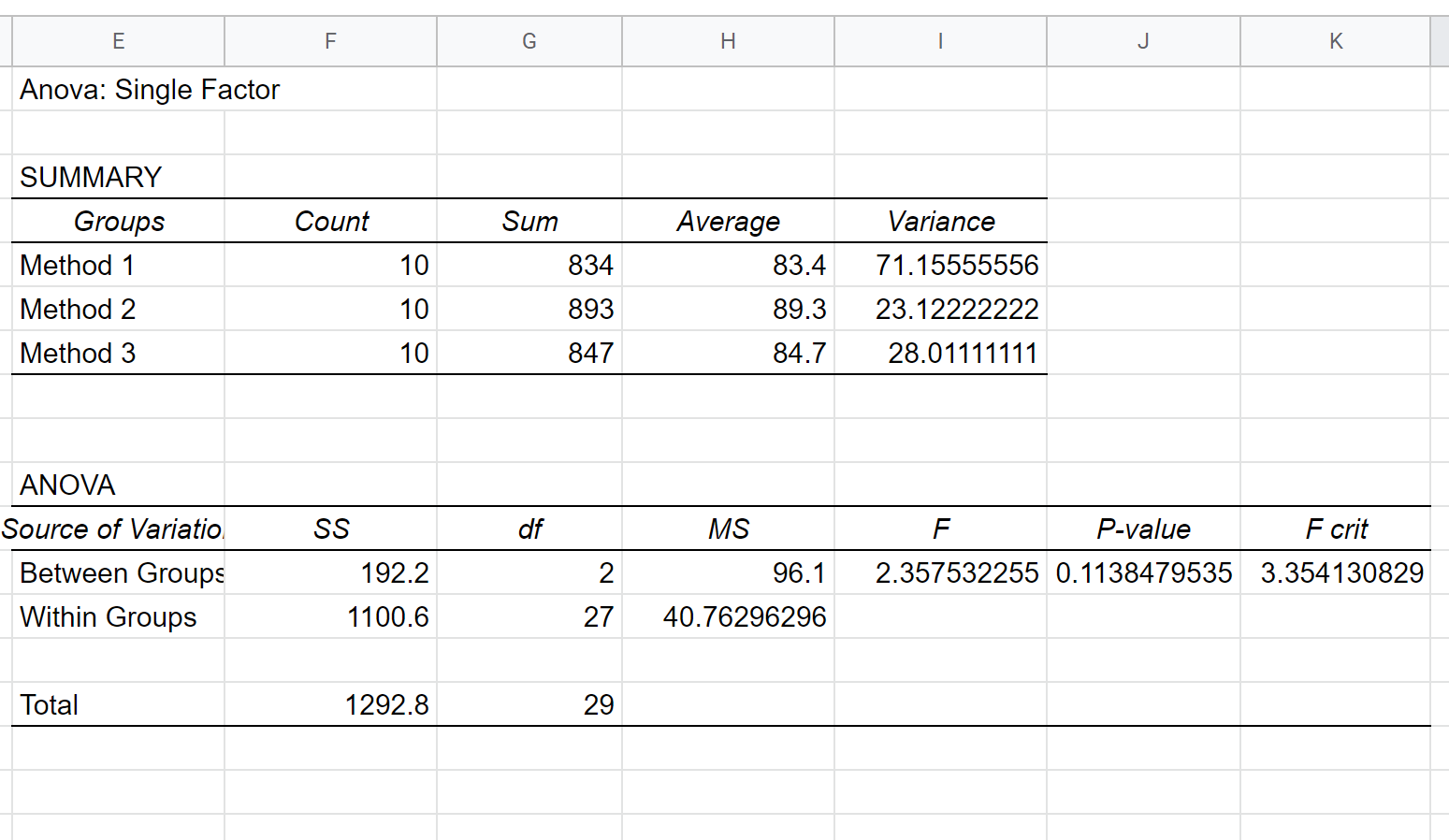 There are two tables shown in the output.

The first table shows the count, sum, average, and variance of the test scores for each of the three groups.

The second table displays the results of the one-way ANOVA, including:

Recall that a one-way ANOVA has the following null and alternative hypotheses:

Since the p-value in the ANOVA table (.1138) is not less than .05, we do not have sufficient evidence to reject the null hypothesis.

Thus, we don’t have evidence to say that the three different studying methods lead to different exam scores.