An omitted variable is often left out of a regression model for one of two reasons:

1. Data for the variable is simply not available.

2. The effect of the explanatory variable on the response variable is unknown.

In order for the omitted variable to actually bias the coefficients in the model, the following two requirements must be met:

1. The omitted variable must be correlated with one or more explanatory variables in the model.

2. The omitted variable must be correlated with the response variable in the model.

The Effects of Omitted Variable Bias 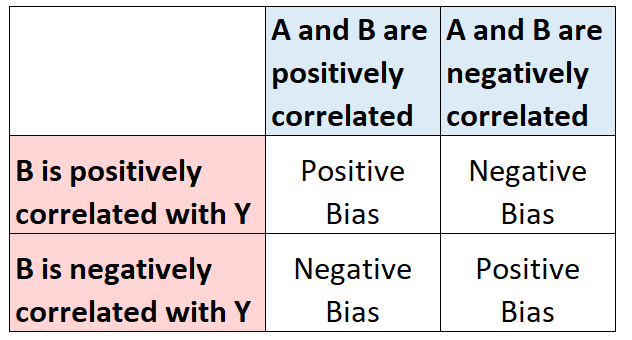 Suppose we want to study the effect that square footage has on house price so we fit the following simple linear regression model:

Suppose we find the estimated model to be:

Based on the fact that age is negatively correlated with both the explanatory variable and the response variable in the model, we would expect the coefficient estimate for square footage to be positively biased: 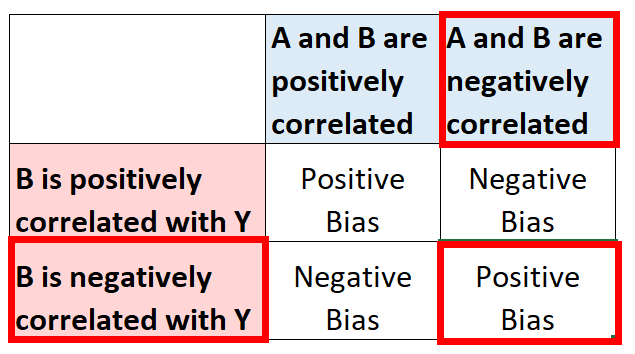 Suppose we find data for house age and then include it in the model. The model then becomes:

Suppose we find the estimated model to be:

Note that the coefficient estimate for square footage went significantly down, which means it was positively biased in the previous model.

What to Do About Omitted Variable Bias

Unfortunately omitted variable bias occurs often in the real world because there are usually some variables that should be included in a regression model but aren’t because data for them isn’t available or the relationship between them and the response variable is unknown.

Leaving relevant explanatory variables out of a model can significantly affect the interpretation of the model, as we saw in the previous example with house prices.