In statistics, an observation is simply one occurrence of something you’re measuring.

For example, suppose you’re measuring the weight of a certain species of turtle. Each turtle that you collect the weight for counts as one single observation.

The following dataset contains the weight of 15 different turtles, so there are 15 total observations:

When viewing a dataset in statistical software like Excel, R, Python, or Stata, the number of rows in the dataset is equal to the number of observations.

For example, a dataset with 100 rows has 100 observations.

It’s also interesting to note that a single observation can be associated with multiple variables. For example, in the following dataset there are 15 observations and 3 variables: 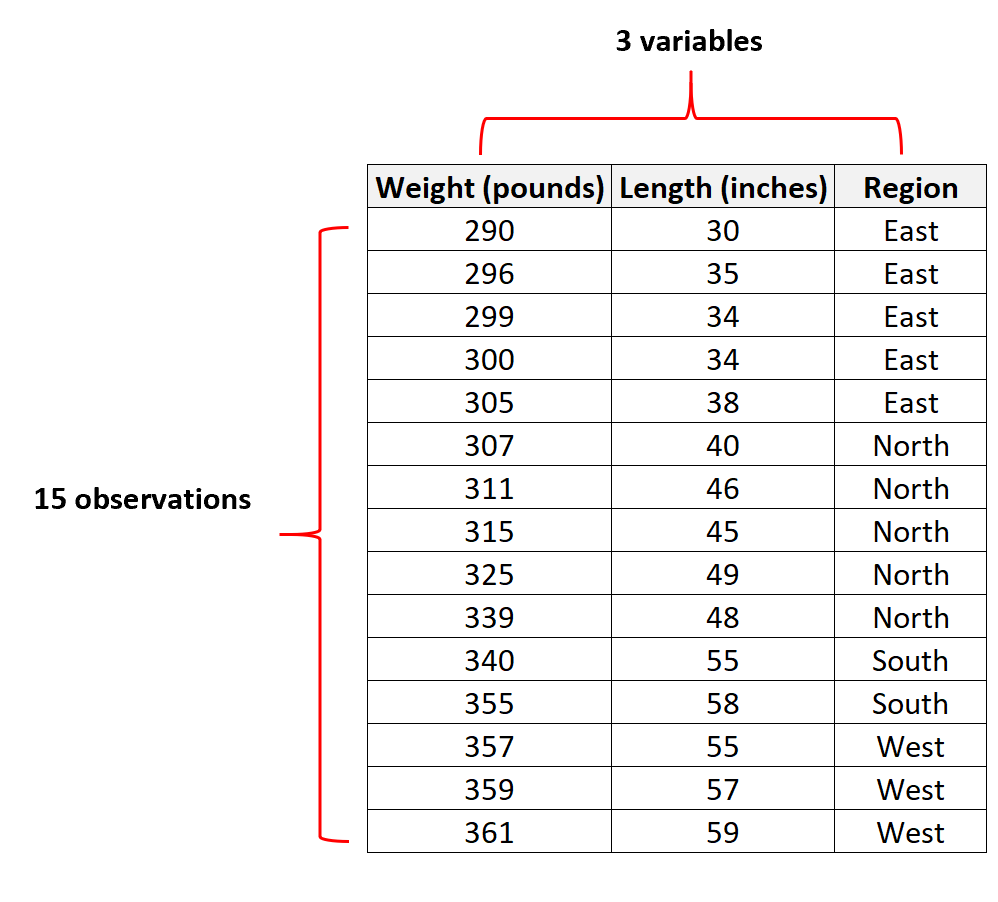 The first observation has the following values for the three variables: 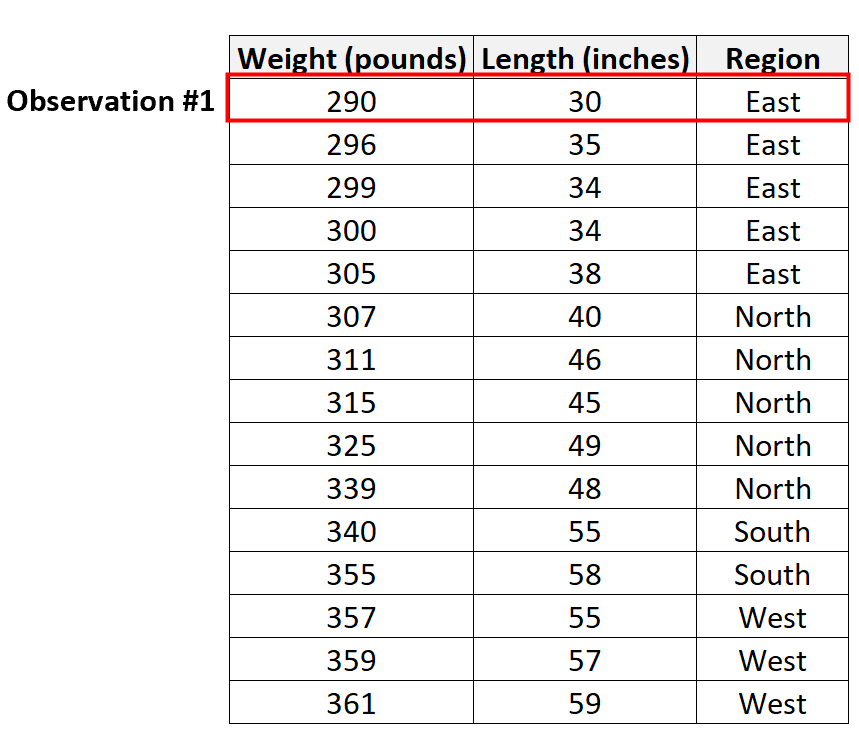 The second observation has the following values for the three variables: 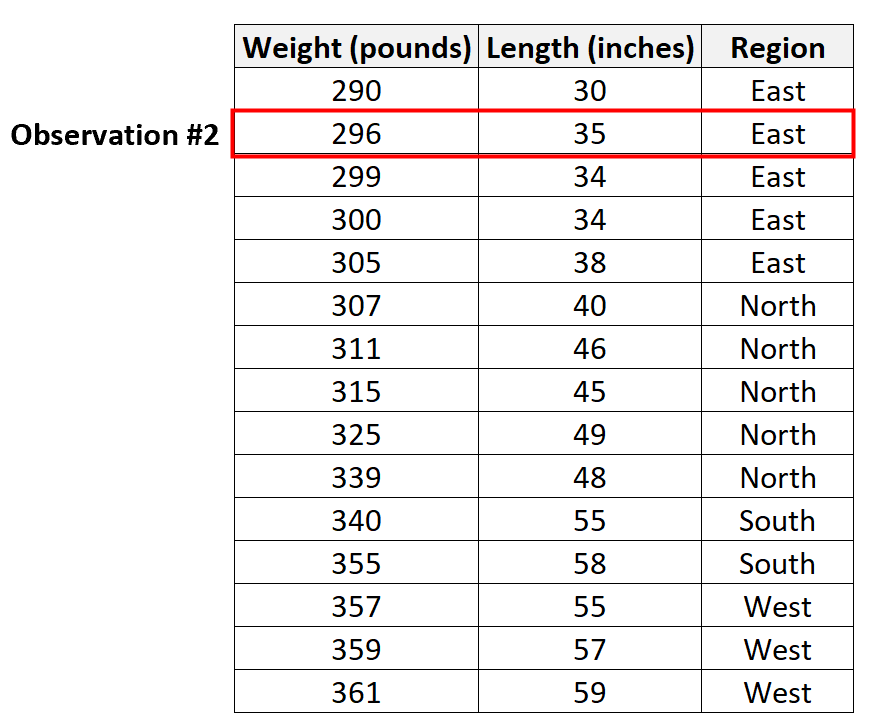