To “normalize” a set of data values means to scale the values such that the mean of all of the values is 0 and the standard deviation is 1.

This tutorial explains how to normalize data in Excel.

Example: How to Normalize Data in Excel 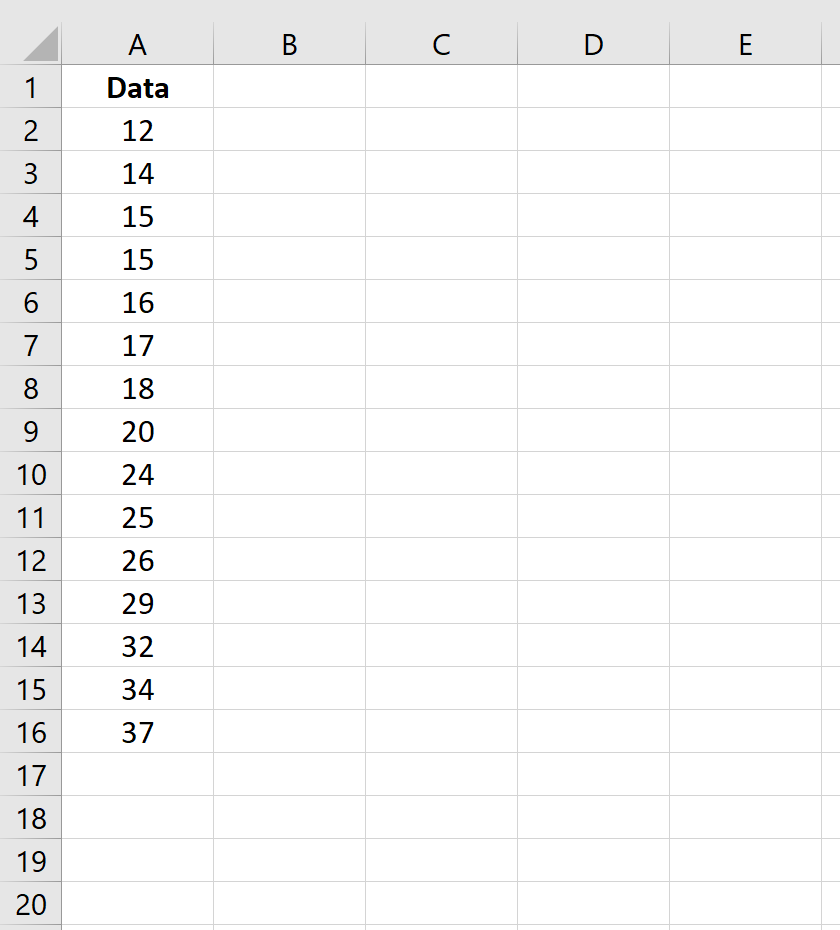 Perform the following steps to normalize this set of data values.

First, we will use the =AVERAGE(range of values) function to find the mean of the dataset. 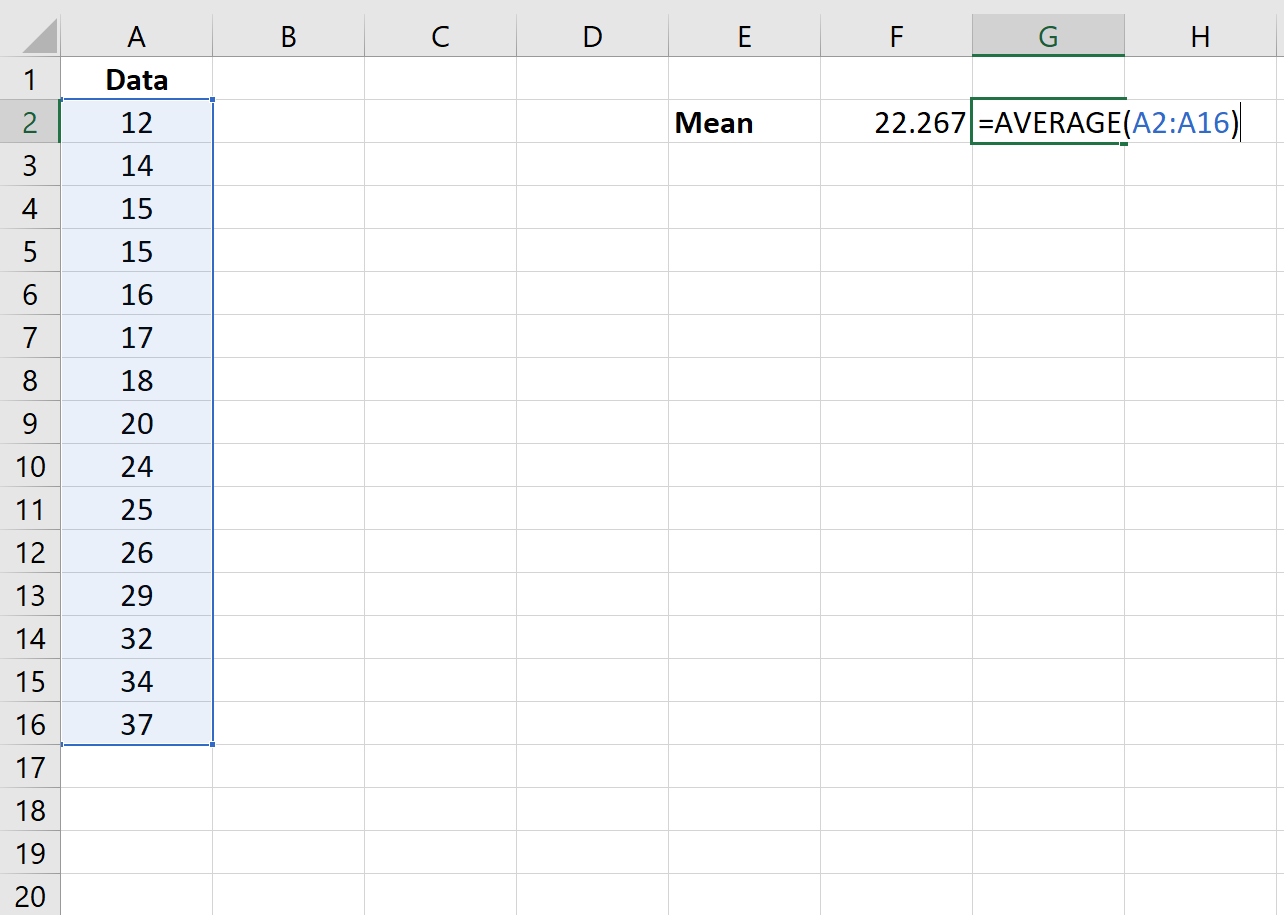 Next, we will use the =STDEV(range of values) function to find the standard deviation of the dataset. 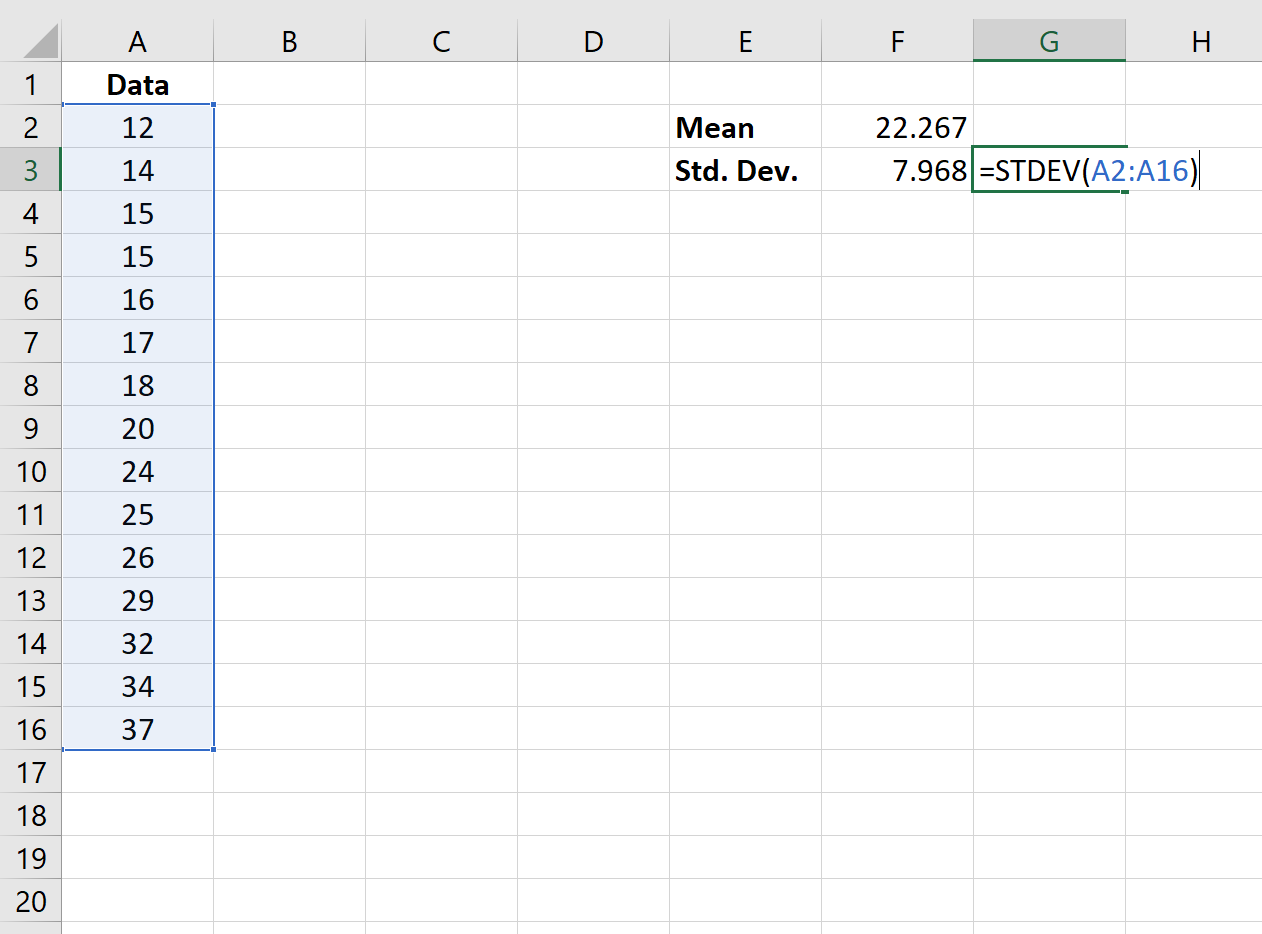 Lastly, we will use the STANDARDIZE(x, mean, standard_dev) function to normalize each of the values in the dataset.

The STANDARDIZE function uses the following formula to normalize a given data value:

The following image shows the formula used to normalize the first value in the dataset: 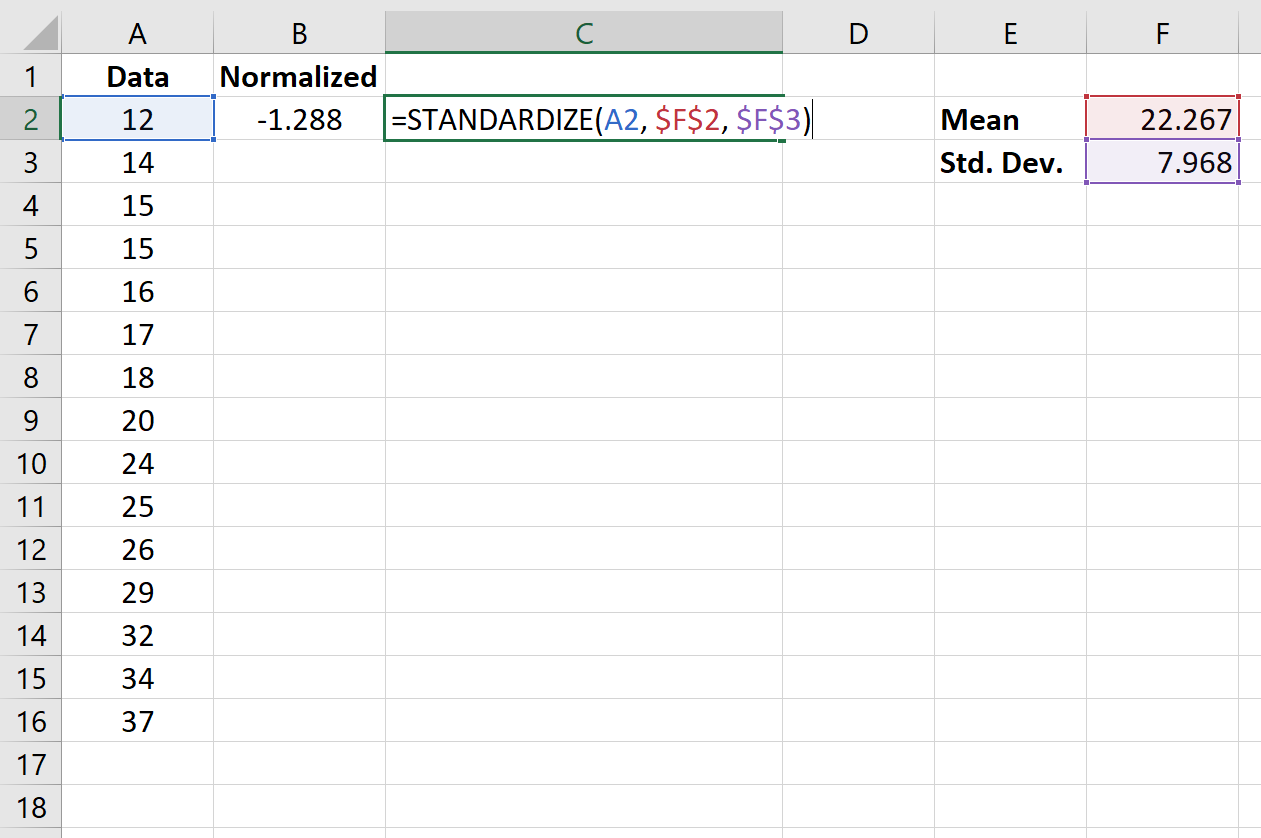 Once we normalize the first value in cell B2, we can hover the mouse over the bottom right corner of cell B2 until a small + appears. Double click the + to copy the formula down to the remaining cells: 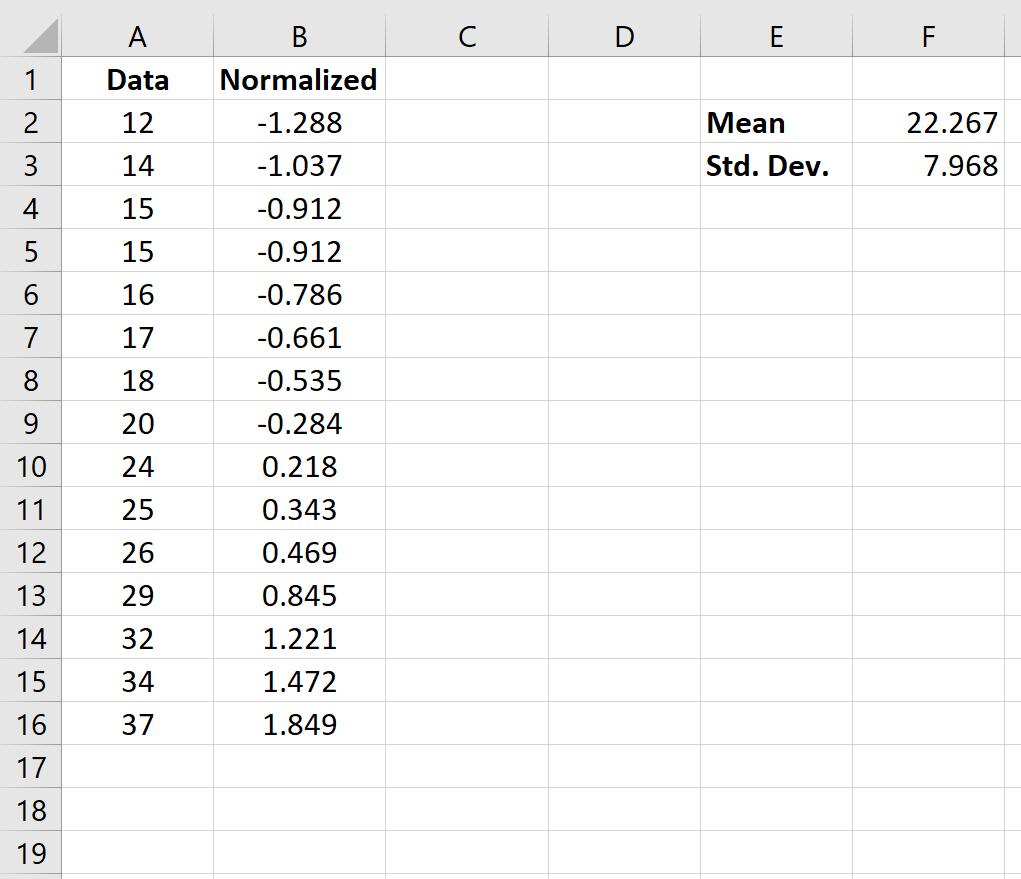 Now every value in the dataset is normalized.

How to Interpret Normalized Data

The formula that we used to normalize a given data value, x, was as follows:

In particular, the normalized value tells us how many standard deviations the original data point is from the mean. For example, consider the data point “12” in our original dataset: 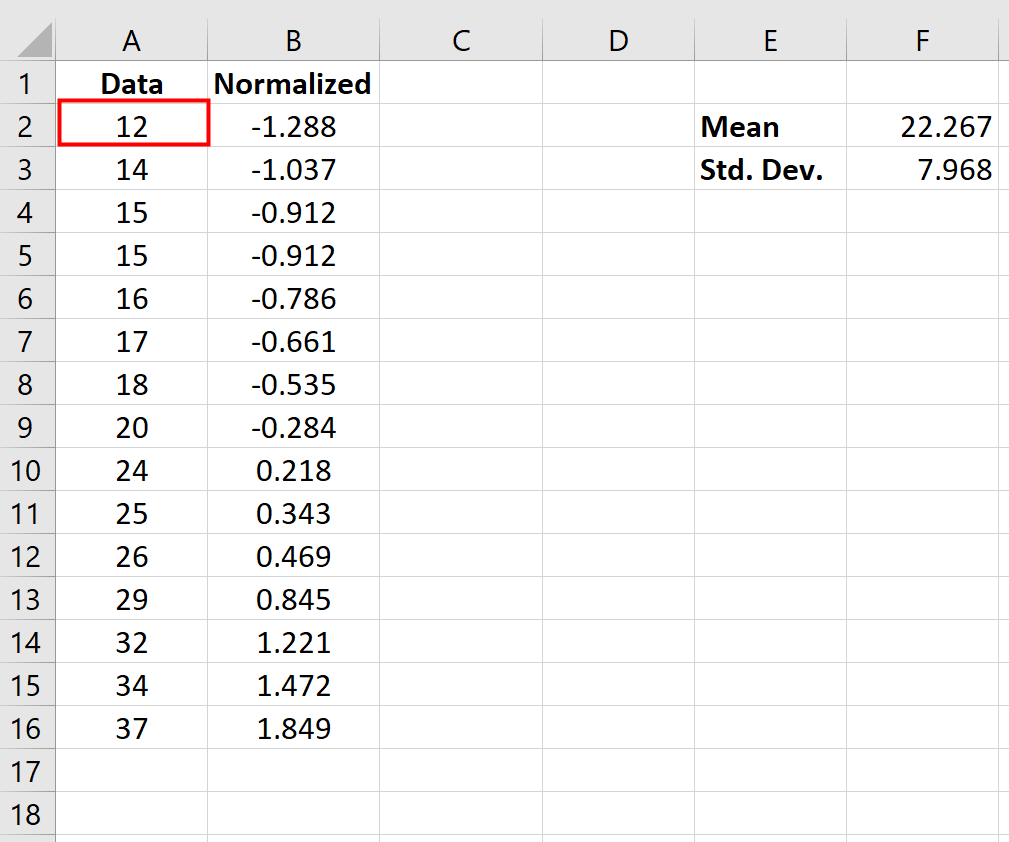 This tells us that the value “12” is 1.288 standard deviations below the mean in the original dataset.