Many statistical tests make the assumption that the values in a dataset are normally distributed.

One of the easiest ways to test this assumption is to perform a Jarque-Bera test, which is a goodness-of-fit test that determines whether or not sample data have skewness and kurtosis that matches a normal distribution.

This test uses the following hypotheses:

The test statistic JB is defined as:

Under the null hypothesis of normality, JB ~ X2(2).

If the p-value that corresponds to the test statistic is less than some significance level (e.g. α = .05), then we can reject the null hypothesis and conclude that the data is not normally distributed.

This tutorial provides a step-by-step example of how to perform a Jarque-Bera test for a given dataset in Google Sheets. 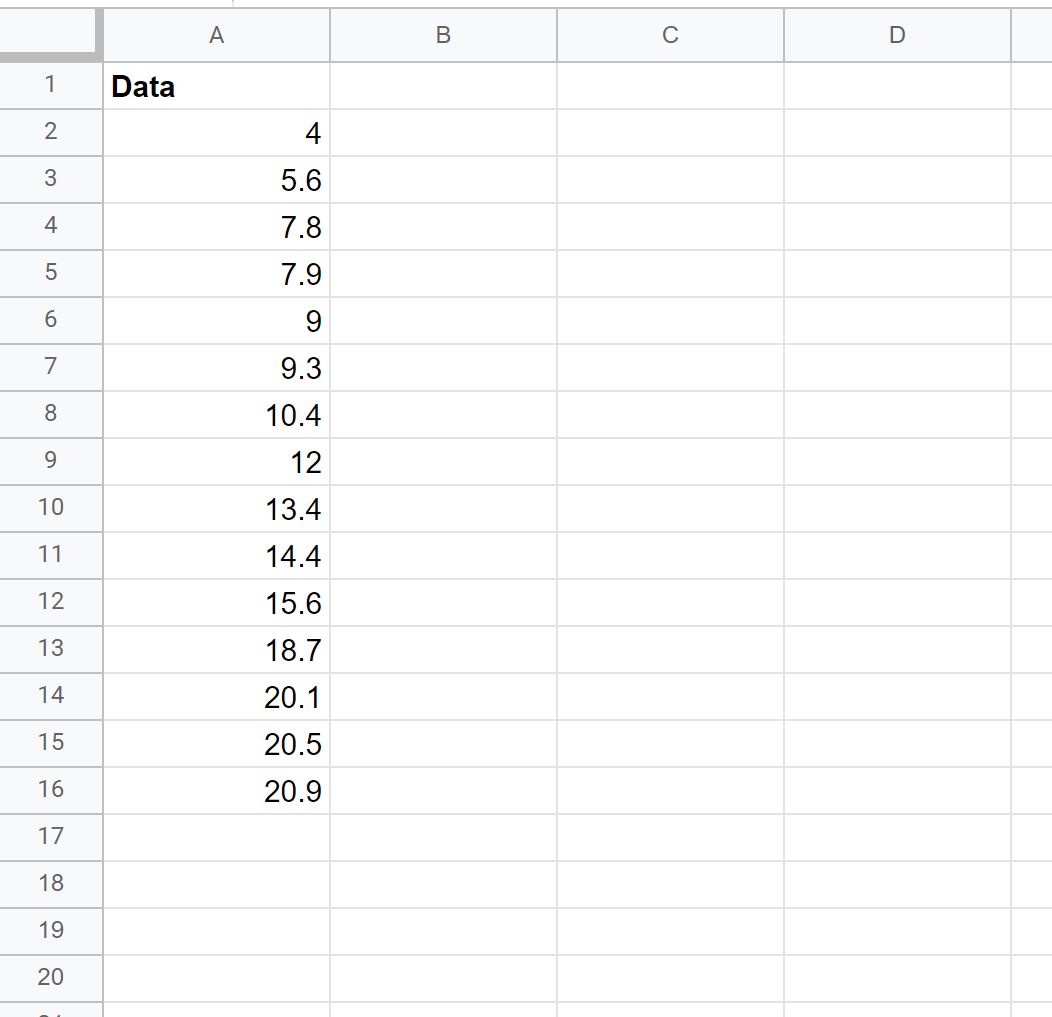 Next, we will calculate the JB test statistic. 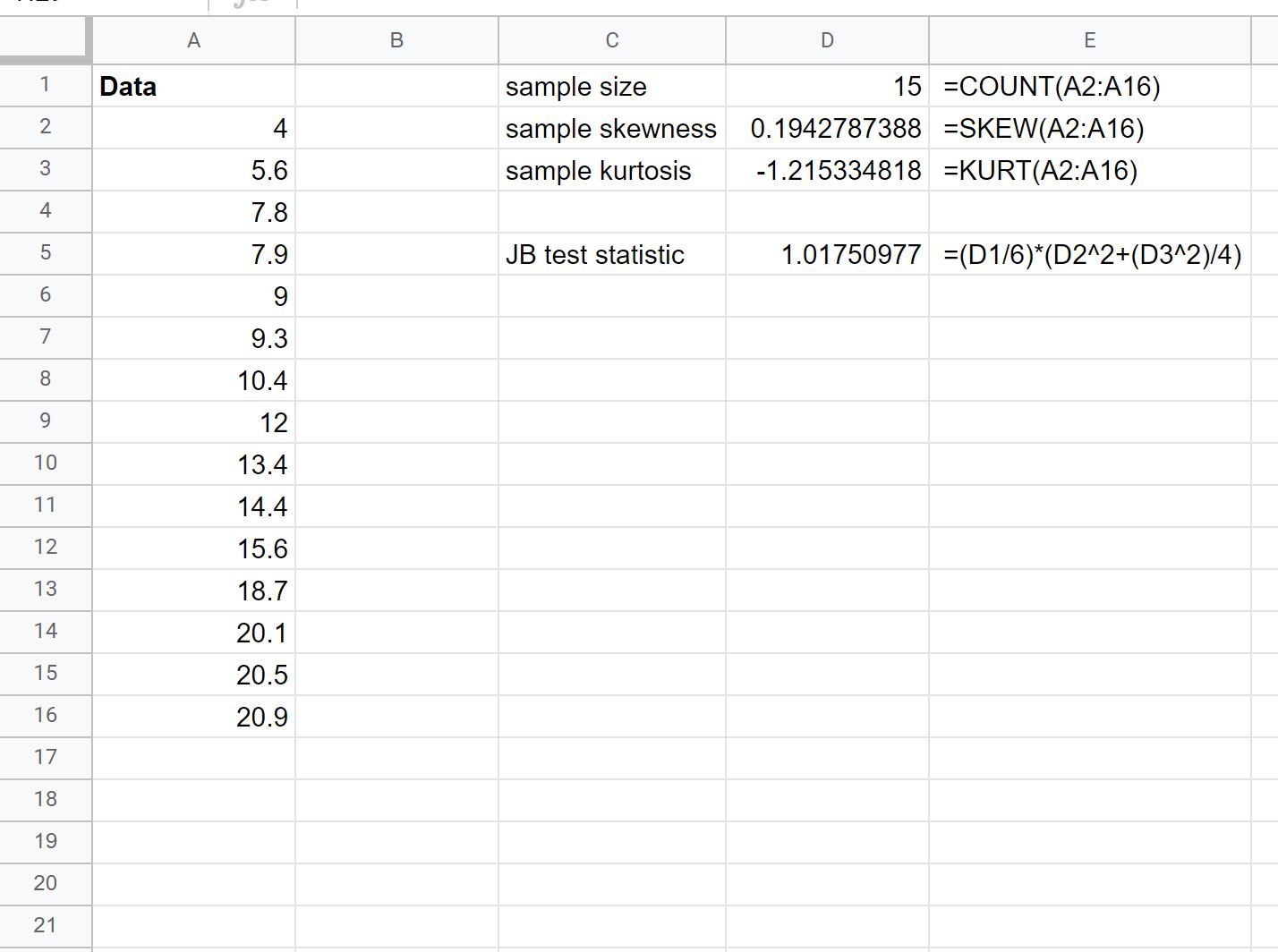 Under the null hypothesis of normality, the test statistic JB follows a Chi-Square distribution with 2 degrees of freedom.

So, to find the p-value for the test we will use the following formula: 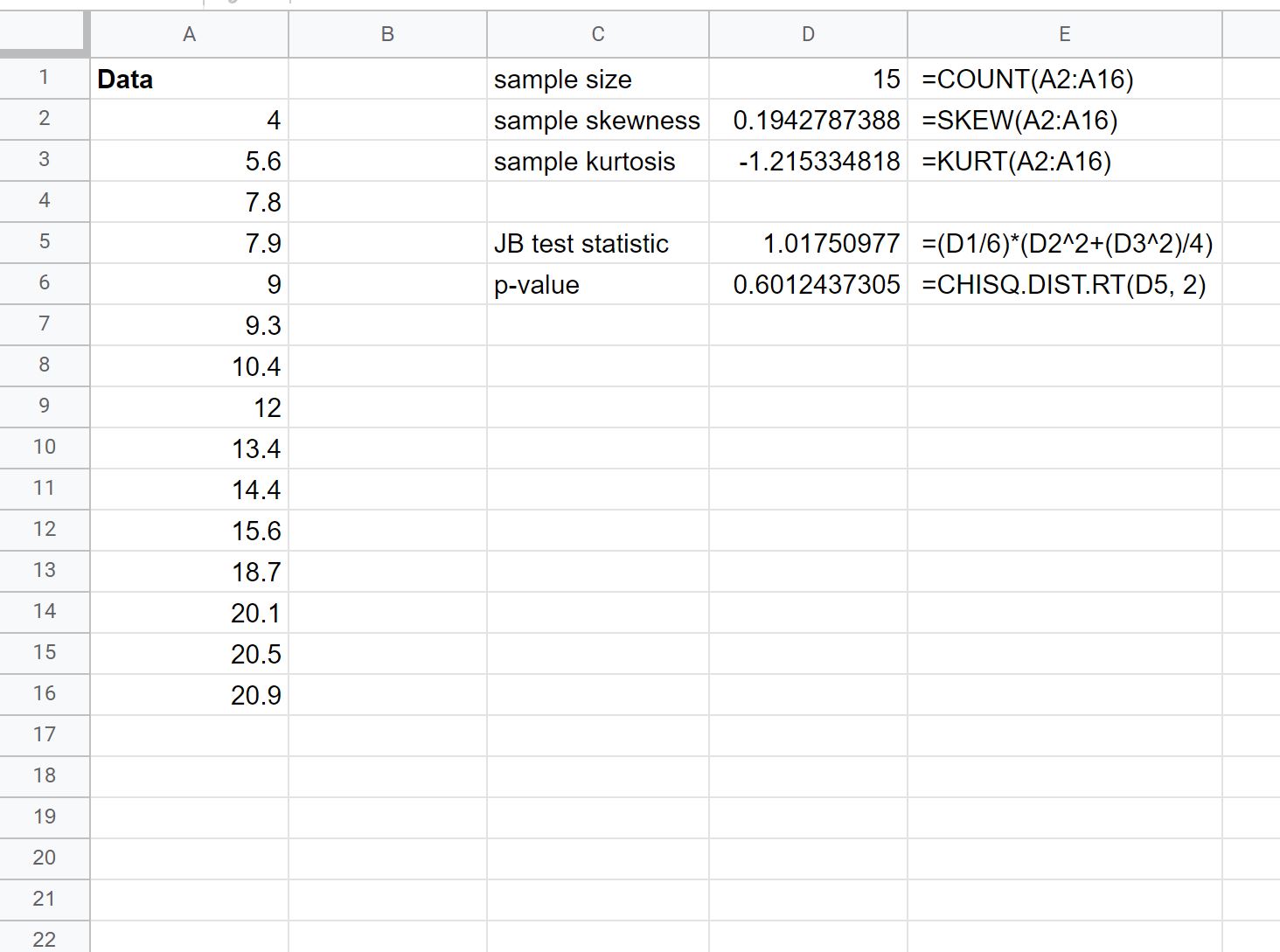 Recall that this Jarque-Bera normality test uses the following hypotheses:

Since this p-value is not less than 0.05, we fail to reject the null hypothesis.

This means we don’t have sufficient evidence to say that the dataset is not normally distributed.

In other words, we can assume that the data is normally distributed.