If we create a plot of the normal distribution, it will look something like this: 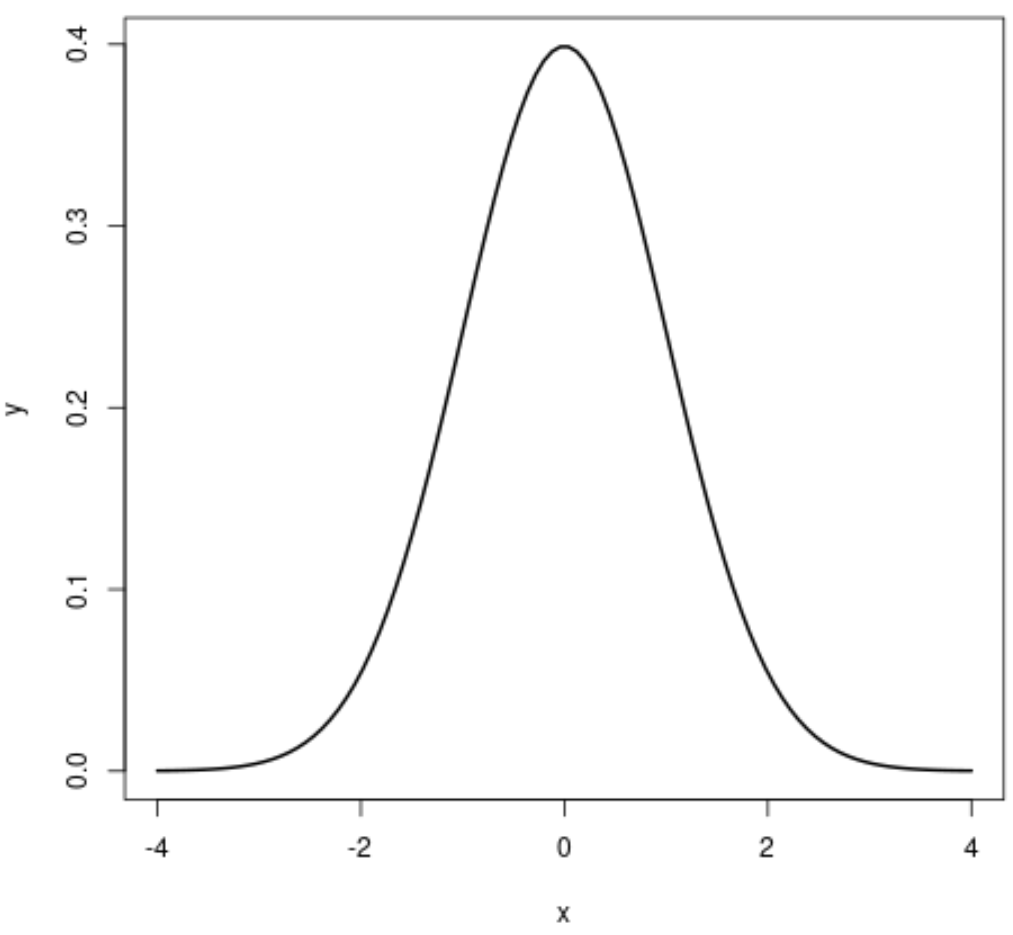 The uniform distribution is a probability distribution in which every value between an interval from a to b is equally likely to occur.

If we create a plot of the uniform distribution, it will look something like this: 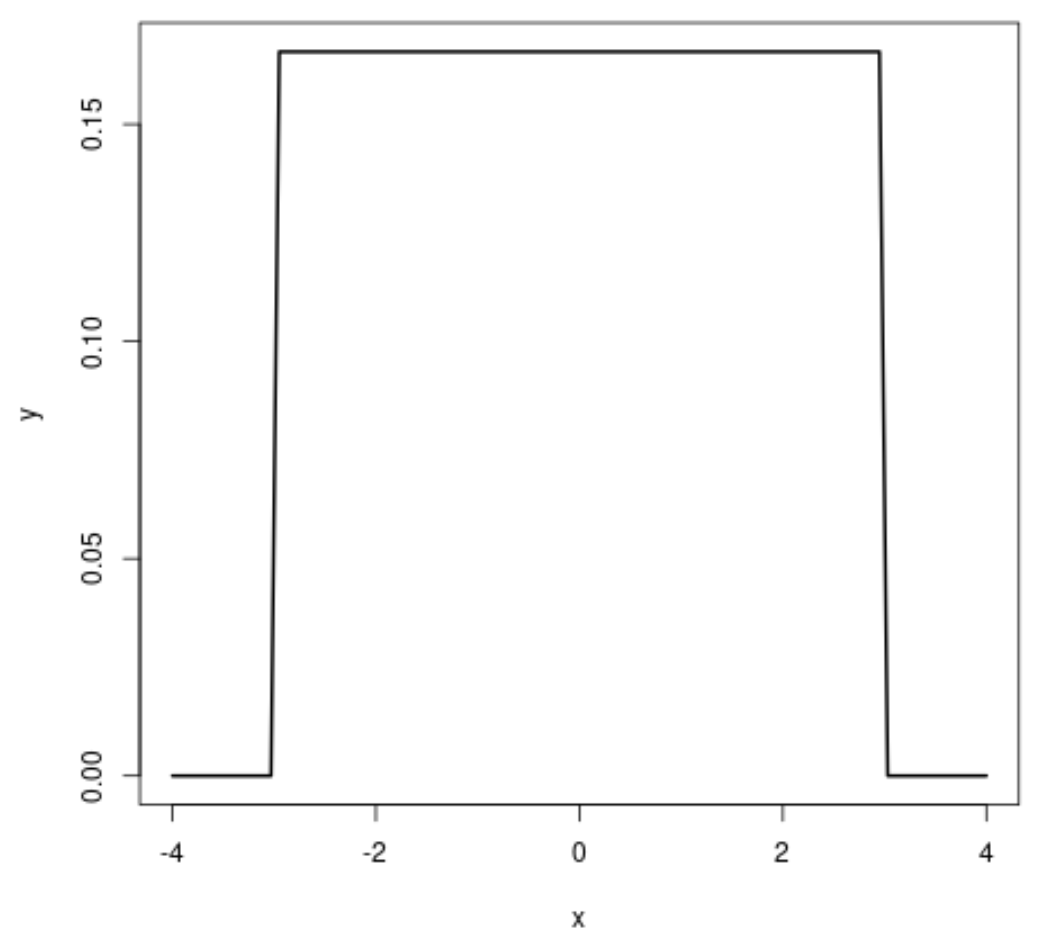 However, the two distributions have the following difference:

The normal distribution is used to model phenomenon that tend to follow a “bell-curve” shape. For example, it’s well-documented that the birthweight of newborn babies is normally distributed with a mean of about 7.5 pounds.

The histogram of the birthweight of newborn babies in the U.S. displays a bell-shape that is typically of the normal distribution: 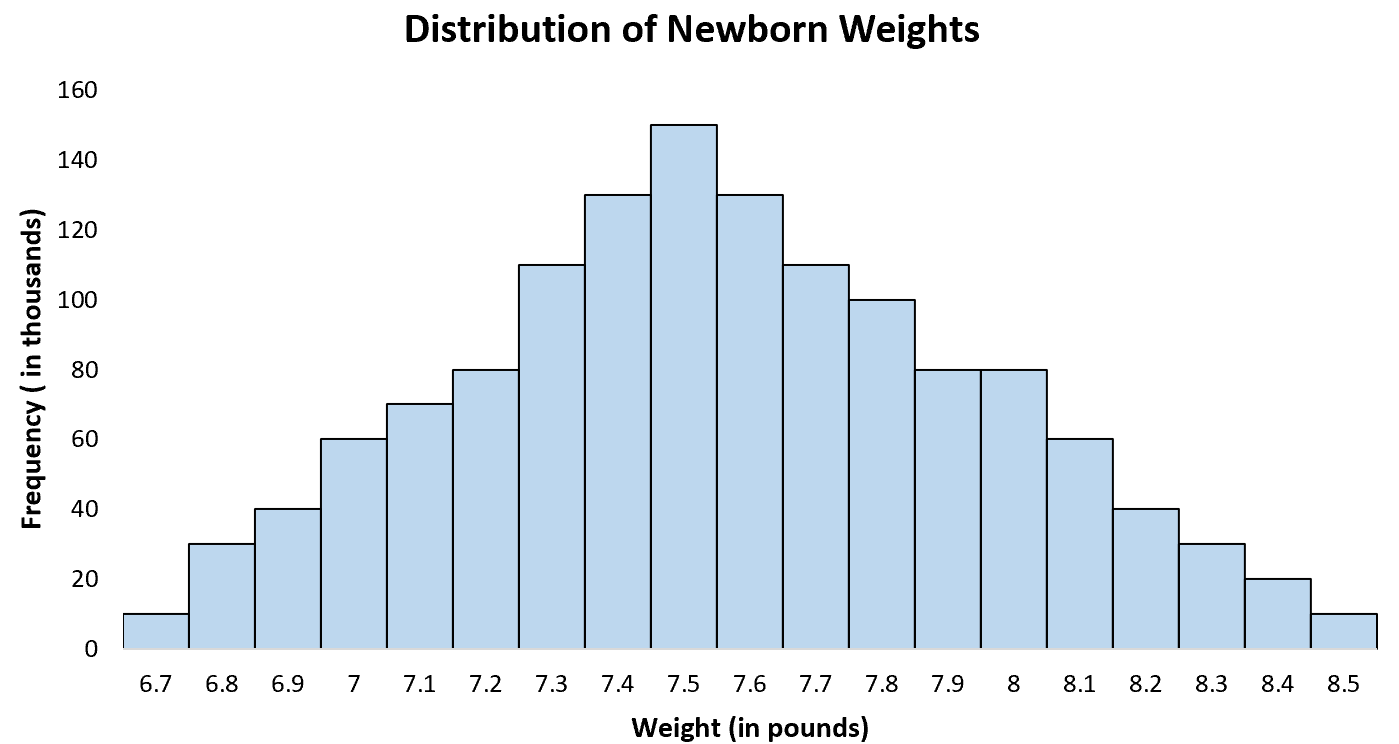 Most babies are likely to weight around 7.5 pounds, with few weighing less than 7 pounds and few weighing more than 8 pounds.

Conversely, the uniform distribution is used to model scenarios where each potential outcome is equally likely.

A classic example is rolling a die. If you roll a die one time, the probability that it falls on a number between 1 and 6 follows a uniform distribution because each number is equally likely to occur.

For example, there are 6 possible numbers the die can land on so the probability that you roll a 1 is 1/6.

Similarly, the probability that you roll a 2 is 1/6.

Similarly, the probability that you roll a 3 is 1/6.

Bonus: How to Plot the Normal & Uniform Distribution

We used the following code in R to create plots of the normal and uniform distributions: