When you fit a regression model using most statistical software, you’ll often notice the following two values in the output:

R-Squared: This is calculated as (Multiple R)2 and it represents the proportion of the variance in the response variable of a regression model that can be explained by the predictor variables. This value ranges from 0 to 1.

In practice, we’re often interested in the R-squared value because it tells us how useful the predictor variables are at predicting the value of the response variable.

The adjusted R-squared is a modified version of R-squared that adjusts for the number of predictors in a regression model. It is calculated as:

Since R-squared always increases as you add more predictors to a model, adjusted R-squared can serve as a metric that tells you how useful a model is, adjusted for the number of predictors in a model.

To gain a better understanding of each of these terms, consider the following example. 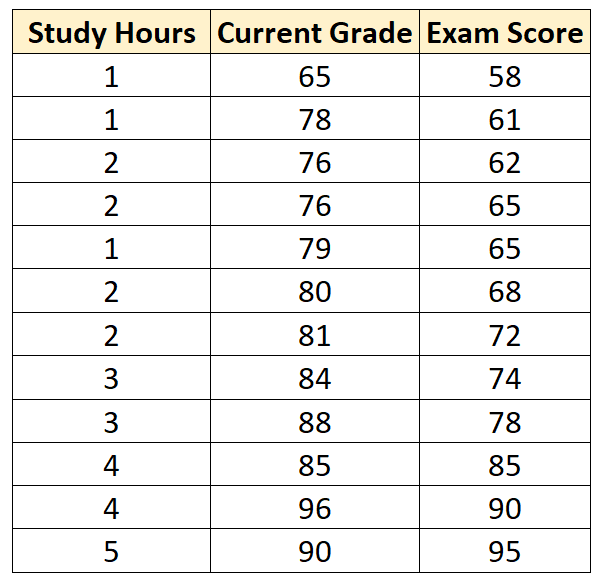 Suppose we fit a multiple linear regression model using Study Hours and Current Grade as the predictor variables and Exam Score as the response variable and get the following output: 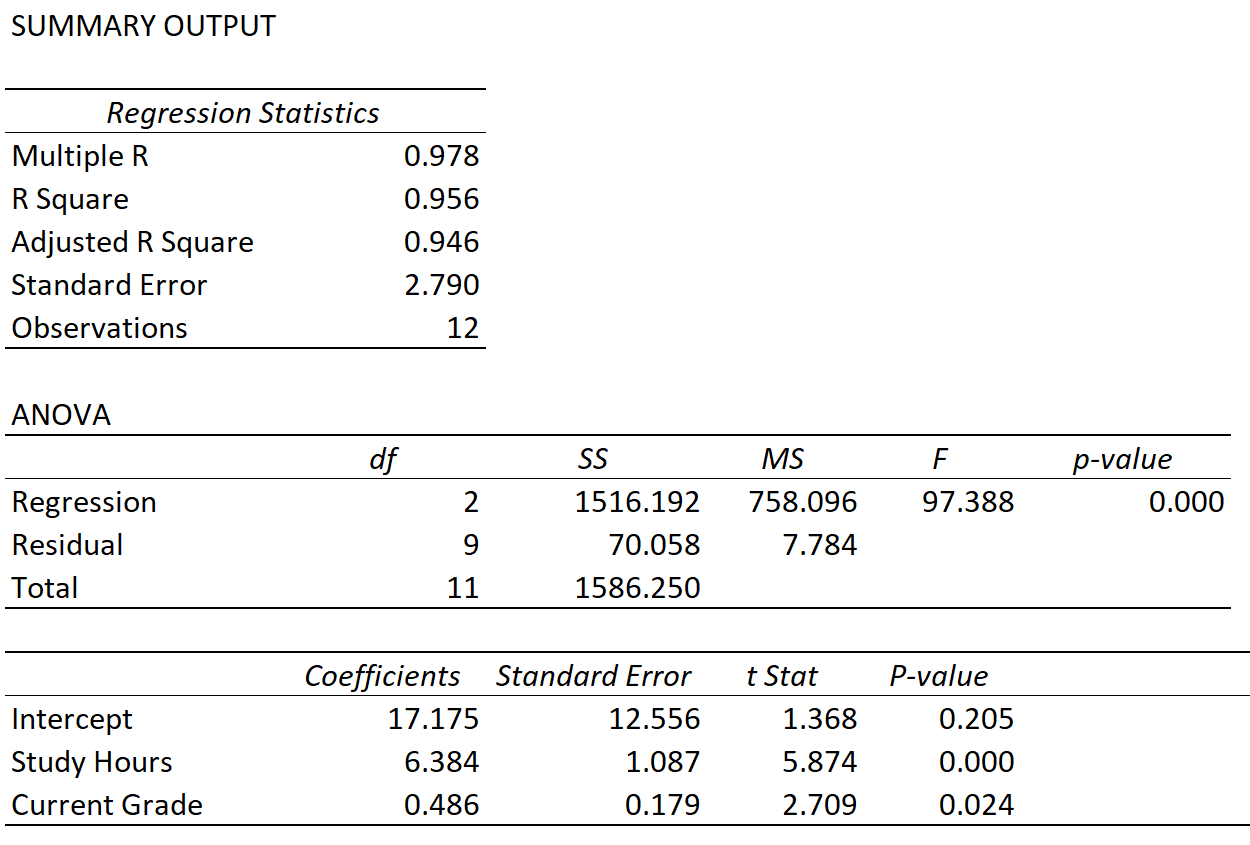 We can observe the values for the following three metrics:

Multiple R: 0.978. This represents the multiple correlation between the response variable and the two predictor variables.

This represents the R-squared value, adjusted for the number of predictor variables in the model.

Introduction to Multiple Linear Regression
What is a Good R-squared Value?