Multicollinearity in regression analysis occurs when two or more predictor variables are highly correlated to each other, such that they do not provide unique or independent information in the regression model. If the degree of correlation is high enough between variables, it can cause problems when fitting and interpreting the regression model.

One way to detect multicollinearity is by using a metric known as the variance inflation factor (VIF), which measures the correlation and strength of correlation between the predictor variables in a regression model.

This tutorial explains how to use VIF to detect multicollinearity in a regression analysis in SPSS.

Suppose we have the following dataset that shows the exam score of 10 students along with the number of hours they spent studying, the number of prep exams they took, and their current grade in the course: 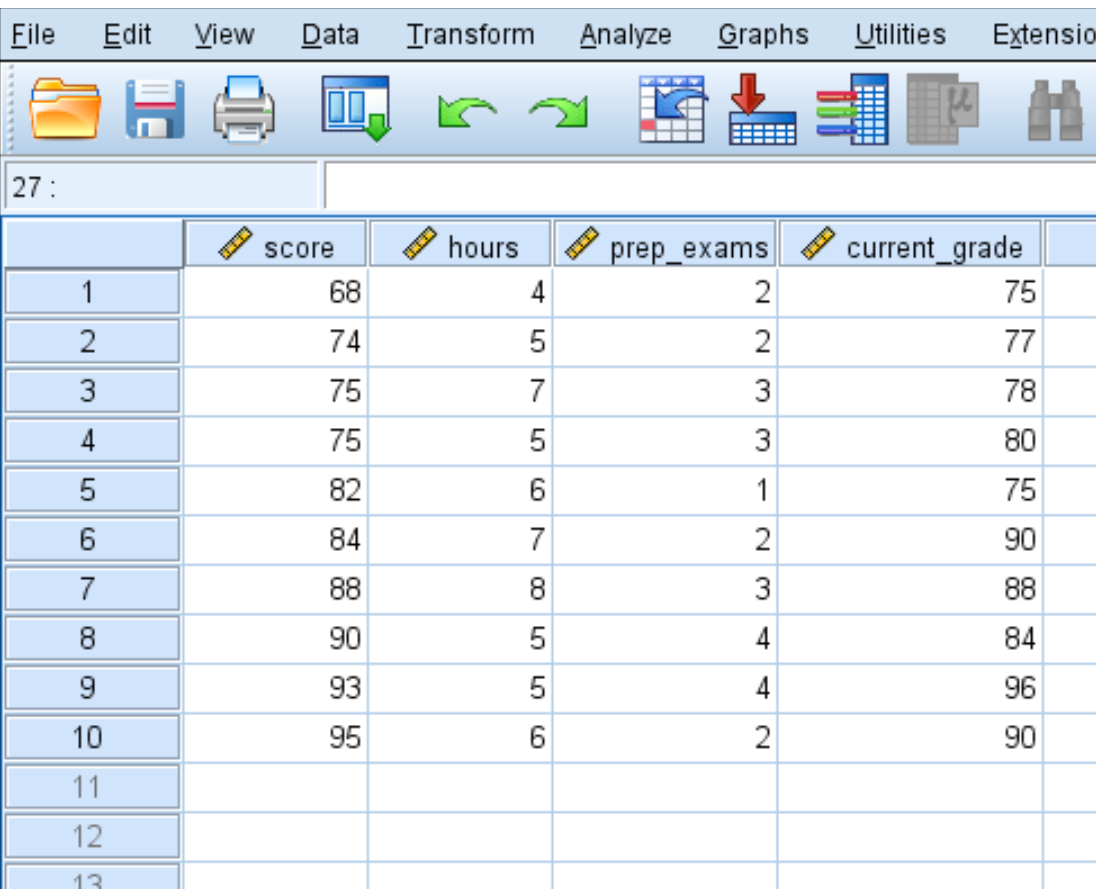 To determine if multicollinearity is a problem, we can produce VIF values for each of the predictor variables.

To do so, click on the Analyze tab, then Regression, then Linear: 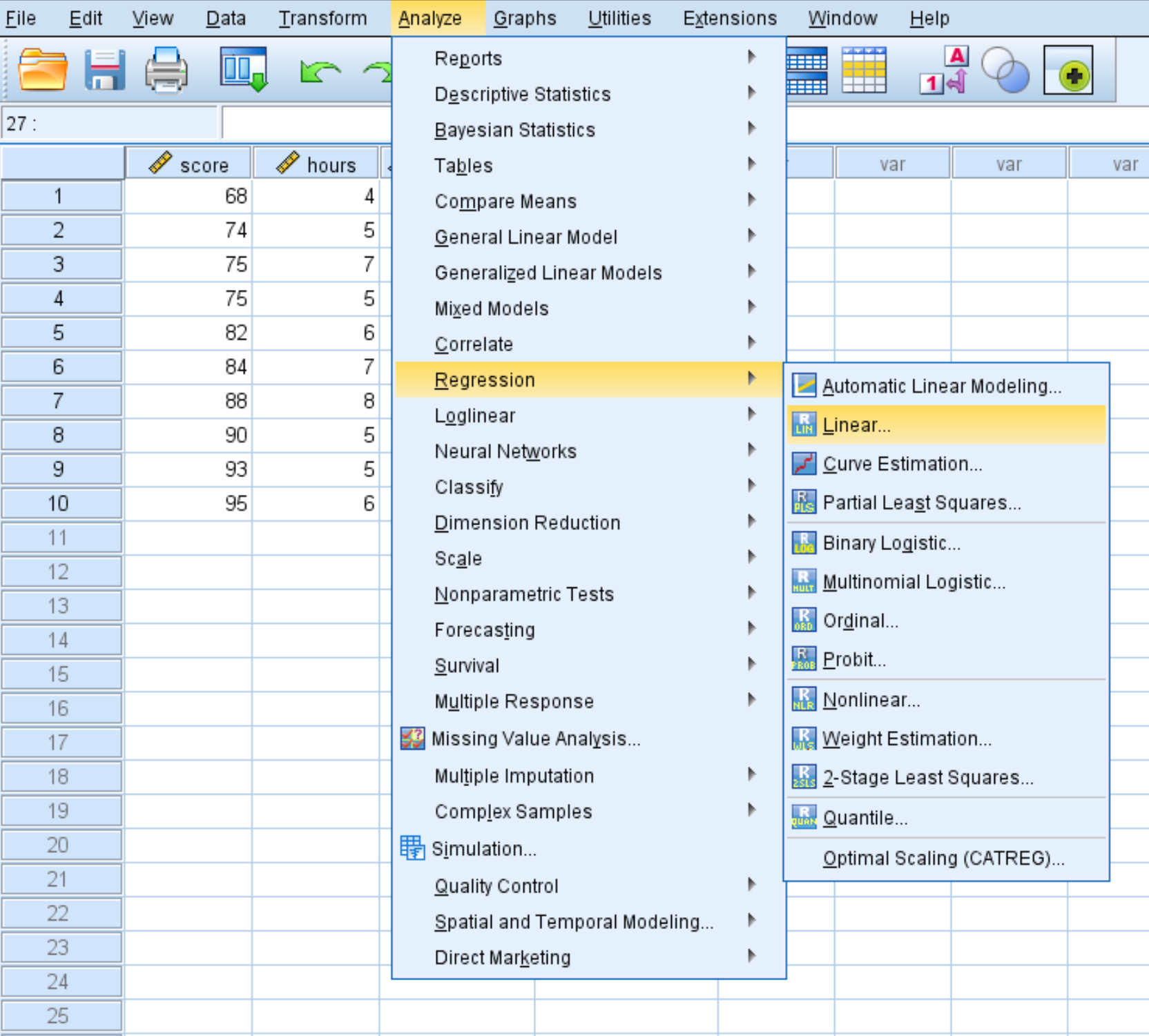 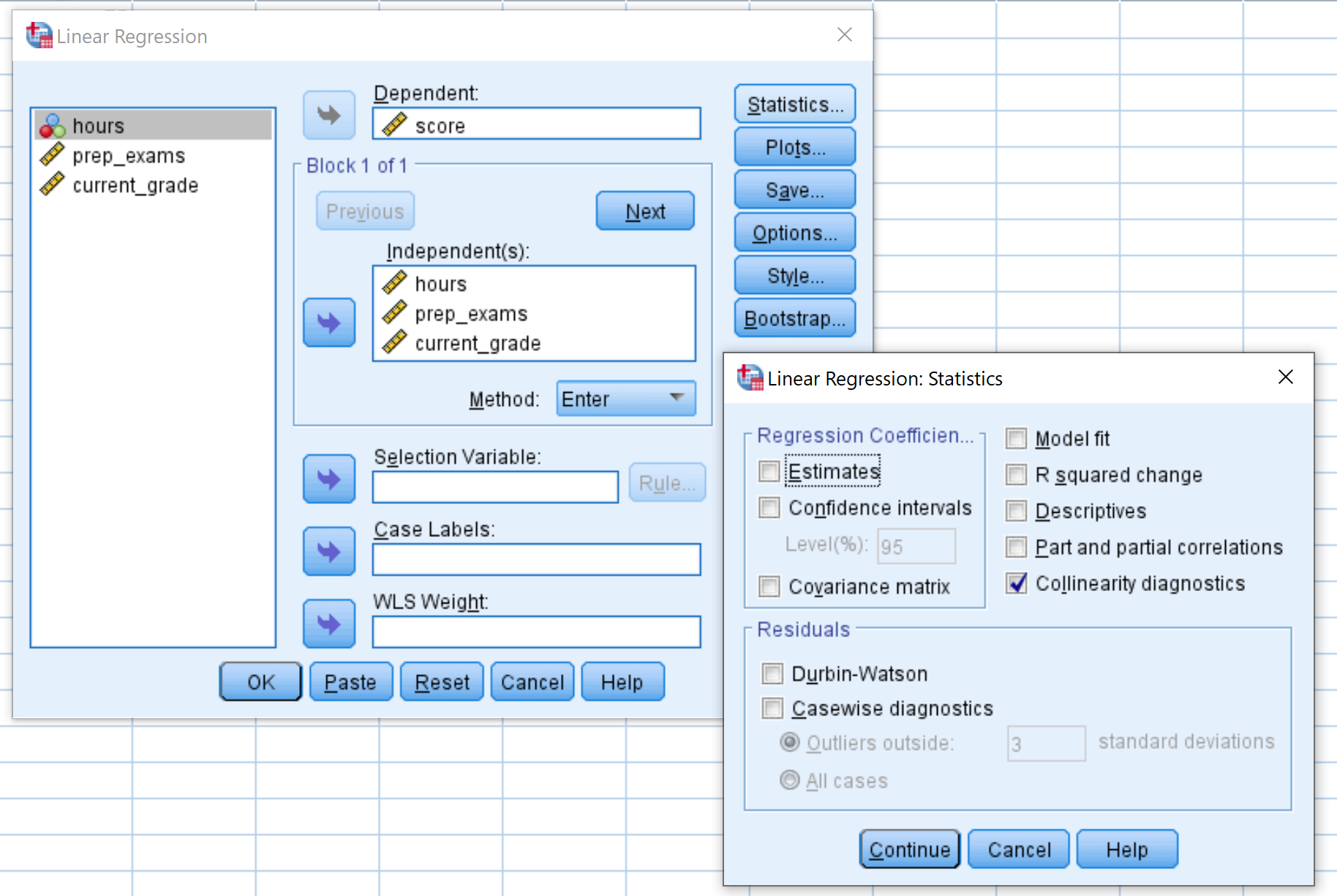 Once you click OK, the following table will be displayed that shows the VIF value for each predictor variable: 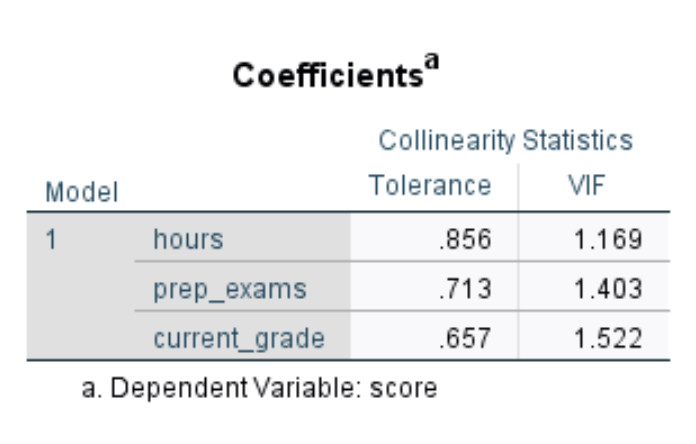 The VIF values for each of the predictor variables are as follows:

The value for VIF starts at 1 and has no upper limit. A general rule of thumb for interpreting VIFs is as follows:

We can see that none of the VIF values for the predictor variables in this example are greater than 5, which indicates that multicollinearity will not be a problem in the regression model.