Moran’s I is a way to measure spacial autocorrelation.

In simple terms, it’s a way to quantify how closely values are clustered together in a 2-D space. It’s often used in geography and geographic information science (GIS) to measure how closely clustered different features are on a map like household income, level of education, etc.

Moran’s I: The Formula

The formula to calculate Moran’s I is:

You’ll likely never have to calculate this measure by hand since most statistical software can calculate it for you, but it’s useful to know the formula being used under the hood.

Along with computing Moran’s I, most statistical software will compute a corresponding p-value that can be used to determine whether or not the data is randomly dispersed or not.

Alternative Hypothesis (HA): The data is not randomly dispersed, i.e. it is clustered in noticeable patterns.

If the p-value that corresponds to Moran’s I is less than a certain significance level (i.e. α = .05), then we can reject the null hypothesis and conclude that the data is spatially clustered together in such a way that it is unlikely to have occurred by chance alone.

Moran’s I: A Few Examples

The following examples represent fake maps with different values for Moran’s I.

Assume that each square in the map represents a county and that counties with average household incomes greater than $50k are shown in blue. 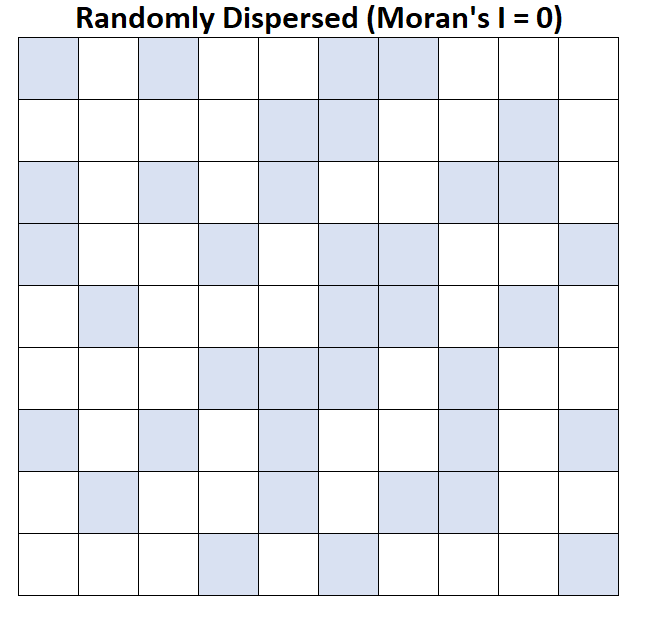 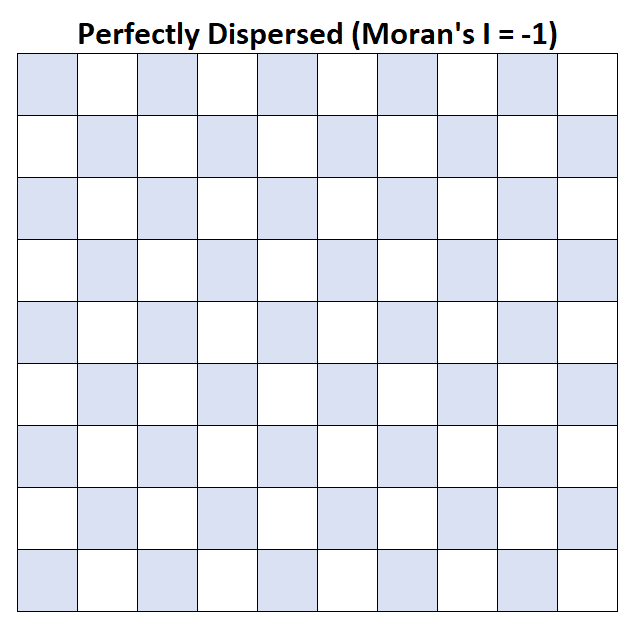 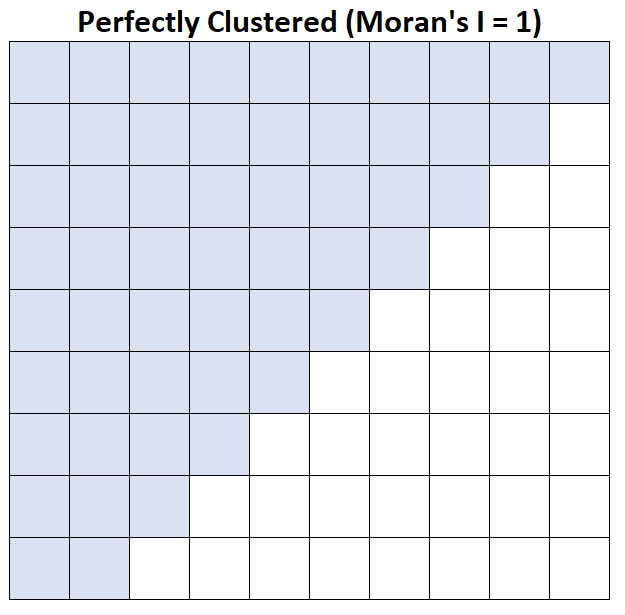 Refer to this example for a real-world example of computing Moran’s I in the statistical software R.