In statistics, a z-score tells us how many standard deviations away a value is from the mean. We use the following formula to calculate a z-score:

Z-scores are often used to detect outliers in a dataset. For example, observations with a z-score less than -3 or greater than 3 are often deemed to be outliers.

However, z-scores can be affected by unusually large or small data values, which is why a more robust way to detect outliers is to use a modified z-score, which is calculated as:

A modified z-score is more robust because it uses the median to calculate z-scores as opposed to the mean, which is known to be influenced by outliers.

Iglewicz and Hoaglin recommend that values with modified z-scores less than -3.5 or greater than 3.5 be labeled as potential outliers.

The following step-by-step example shows how to calculate modified z-scores for a given dataset.

Suppose we have the following dataset with 16 values:

Next, we will find the median. This represents the middle point in the dataset, which turns out to be 16.

Step 3: Find the Absolute Difference Between Each Value & the Median

We can use the same formula to calculate the absolute difference between each individual data value and the median: 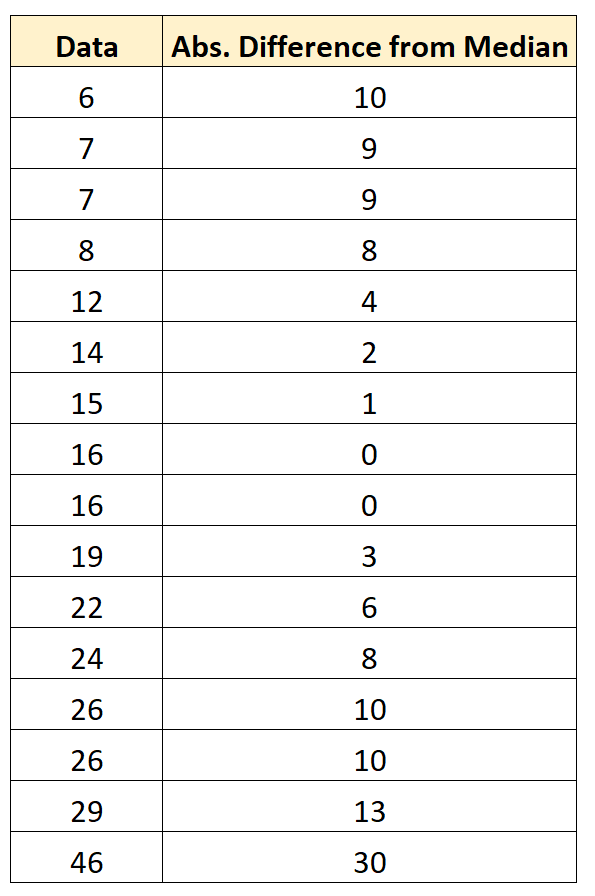 Next, we’ll find the median absolute deviation. This is the median of the second column, which turns out to be 8.

Step 5: Find the Modified Z-Score for Each Data Value

Lastly, we can calculate the modified z-score for each data value using the following formula:

For example, the modified z-score for the first data value is calculated as:

We can repeat this formula for every value in the dataset: 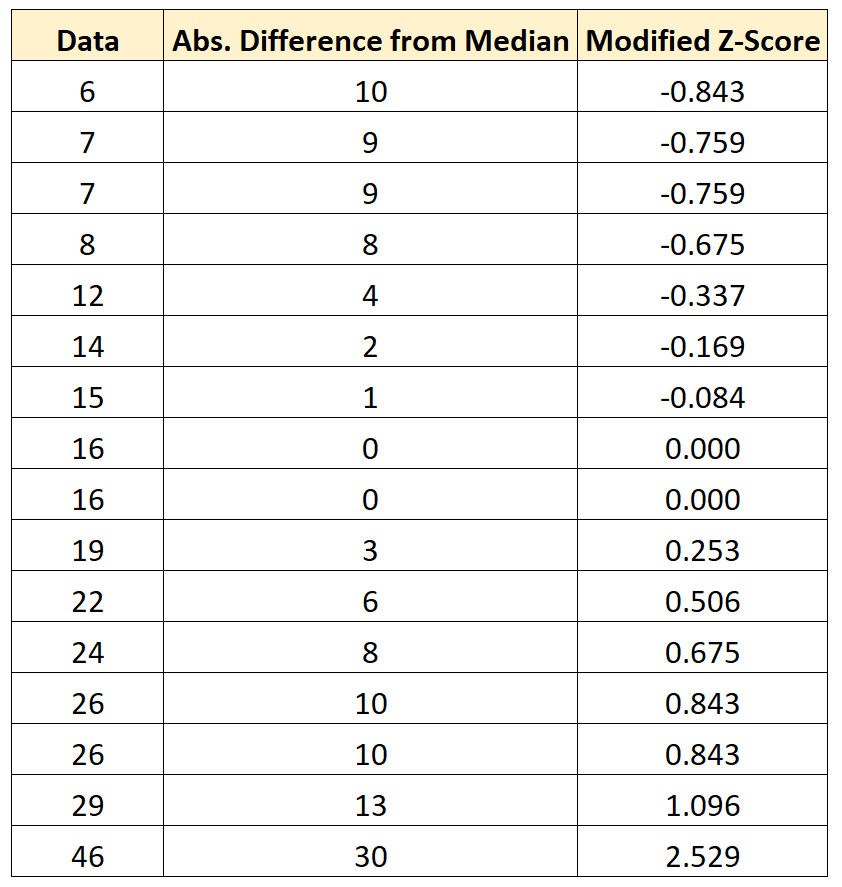 We can see that no value in the dataset has a modified z-score less than -3.5 or greater than 3.5, thus we wouldn’t label any value in this dataset as a potential outlier.

If an outlier is present in your dataset, you have a few options: