When performing regression analysis, we’re often interested in understanding how changes in an independent variable affect a dependent variable. However, sometimes a moderating variable can affect this relationship.

We suspect that more hours spent exercising is associated with a lower resting heart rate. However, this relationship could be affected by a moderating variable such as gender.

It’s possible that each extra hour of exercise causes resting heart rate to drop more for men compared to women. 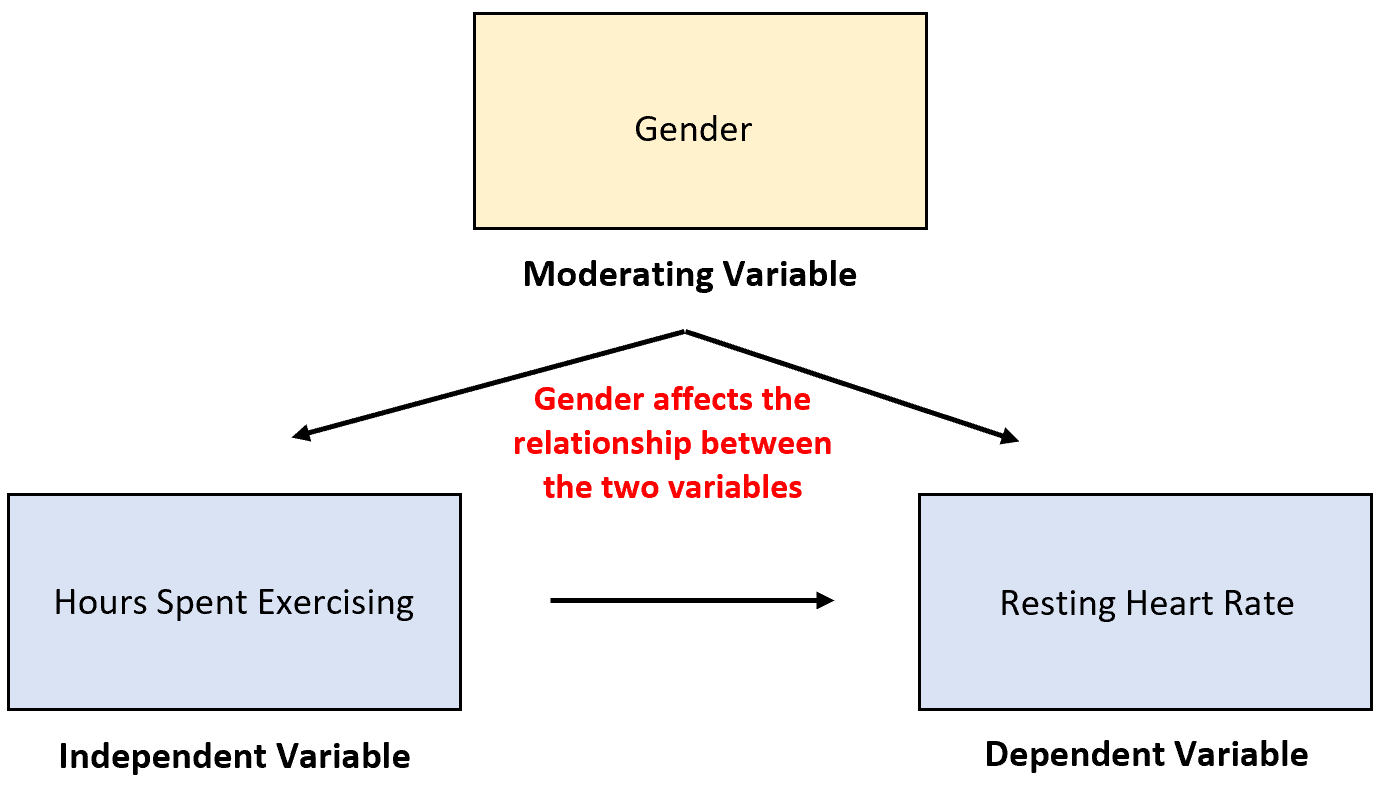 Another example of a moderating variable could be age. It’s likely that each extra hour of exercise causes resting heart rate to drop more for younger people compared to older people. 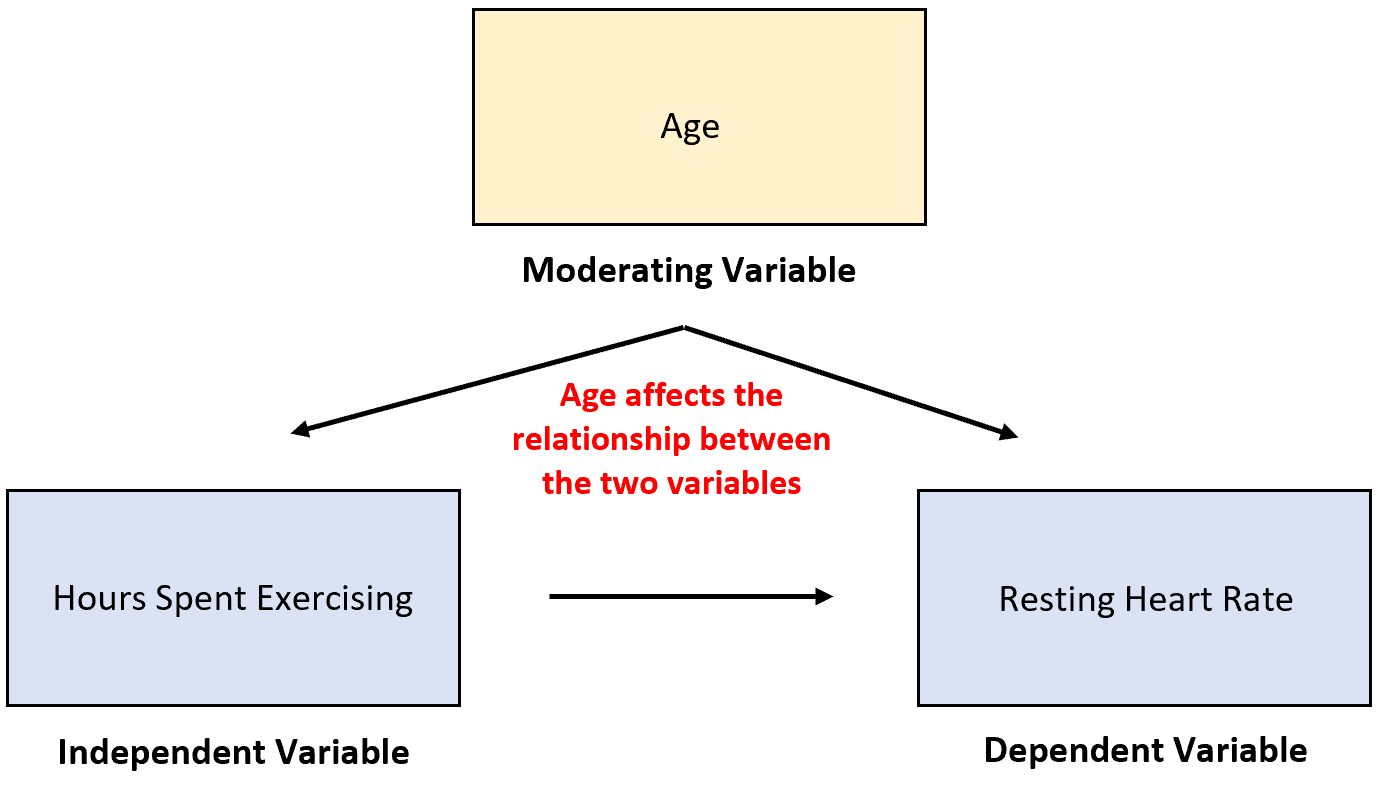 Moderating variables have the following properties:

1. Moderating variables can be qualitative or quantitative.

Qualitative variables are variables that take on names or labels. Examples include:

Quantitative variables are variables that take on numerical values. Examples include:

2. Moderating variables can affect the relationship between an independent and dependent variable in a variety of ways.

Moderating variables can have the following effects:

Depending on the situation, a moderating variable can moderate the relationship between two variables in many different ways.

How to Test for Moderating Variables

If we suspect that some other variable, Z, is a moderator variable, then we could fit the following regression model:

In this equation, the term XZ is known as an interaction term.

We would write the final model as:

If the p-value for the coefficient of XZ in the regression output is not statistically significant, then Z is not a moderator variable.

However it’s possible that the coefficient for Z could still be statistically significant. In this case, we would simply include Z as another independent variable in the regression model.

We would then write the final model as: