You can use the following formulas to find the mean, median, and mode of a dataset in Excel:

It’s worth noting that each of these formulas will simply ignore non-numeric or blank values when calculating these metrics for a range of cells in Excel.

The following examples shows how to use these formulas in practice with the following dataset: 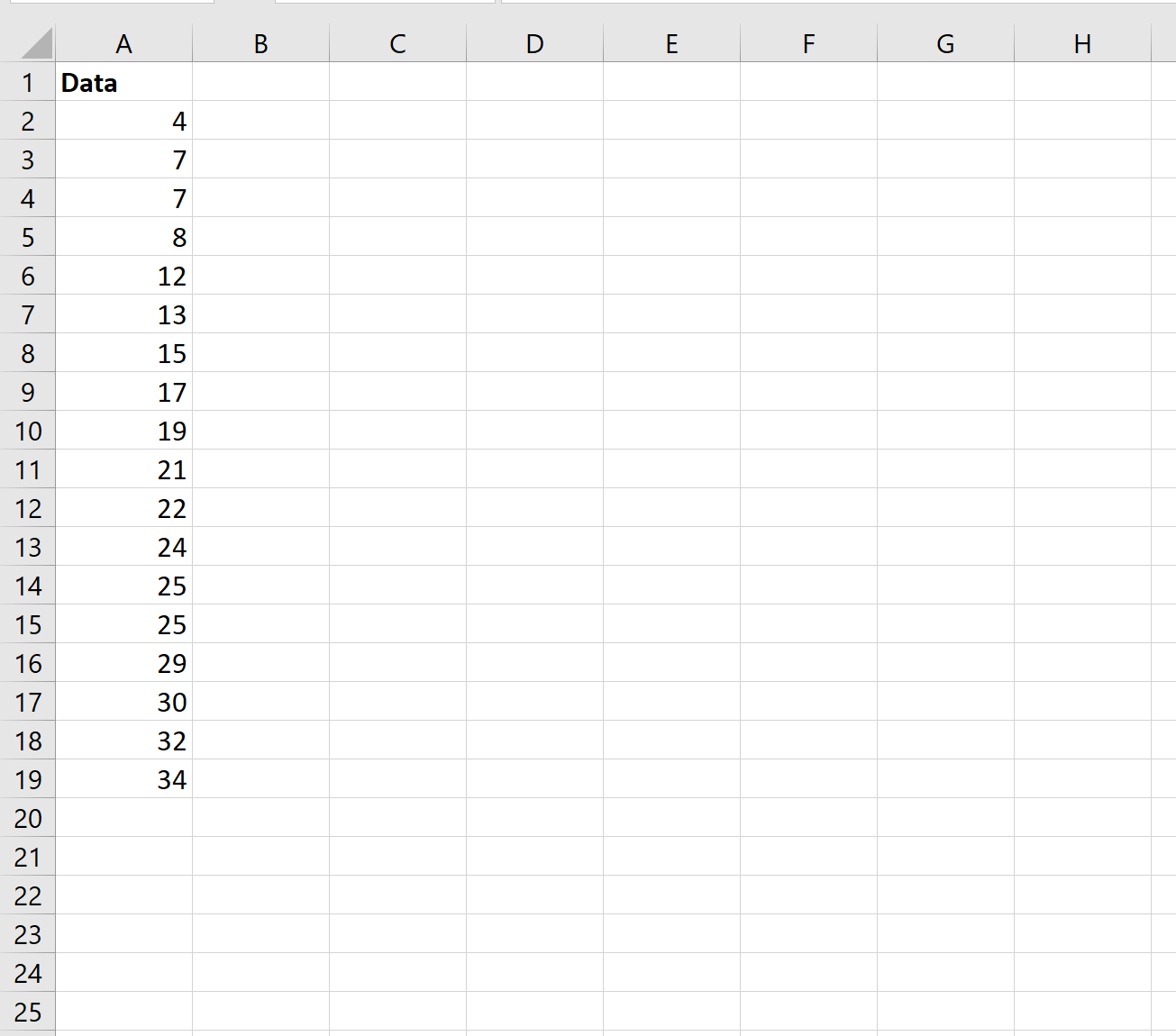 Example: Finding the Mean in Excel

The mean represents the average value in a dataset.

The following screenshot shows how to calculate the mean of a dataset in Excel: 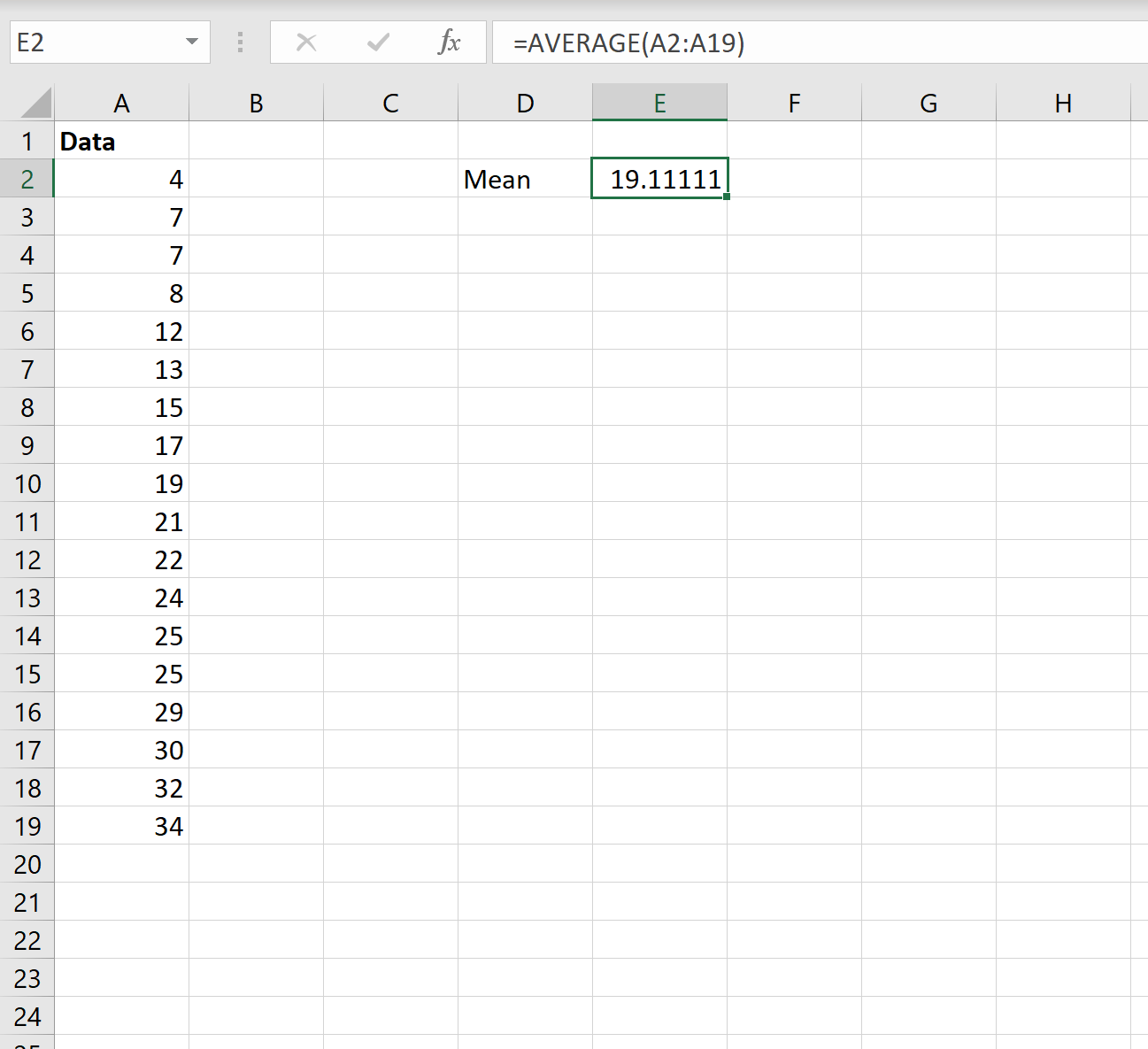 Example: Finding the Median in Excel

The median represents the middle value in a dataset, when all of the values are arranged from smallest to largest.

The following screenshot shows how to calculate the median of a dataset in Excel: 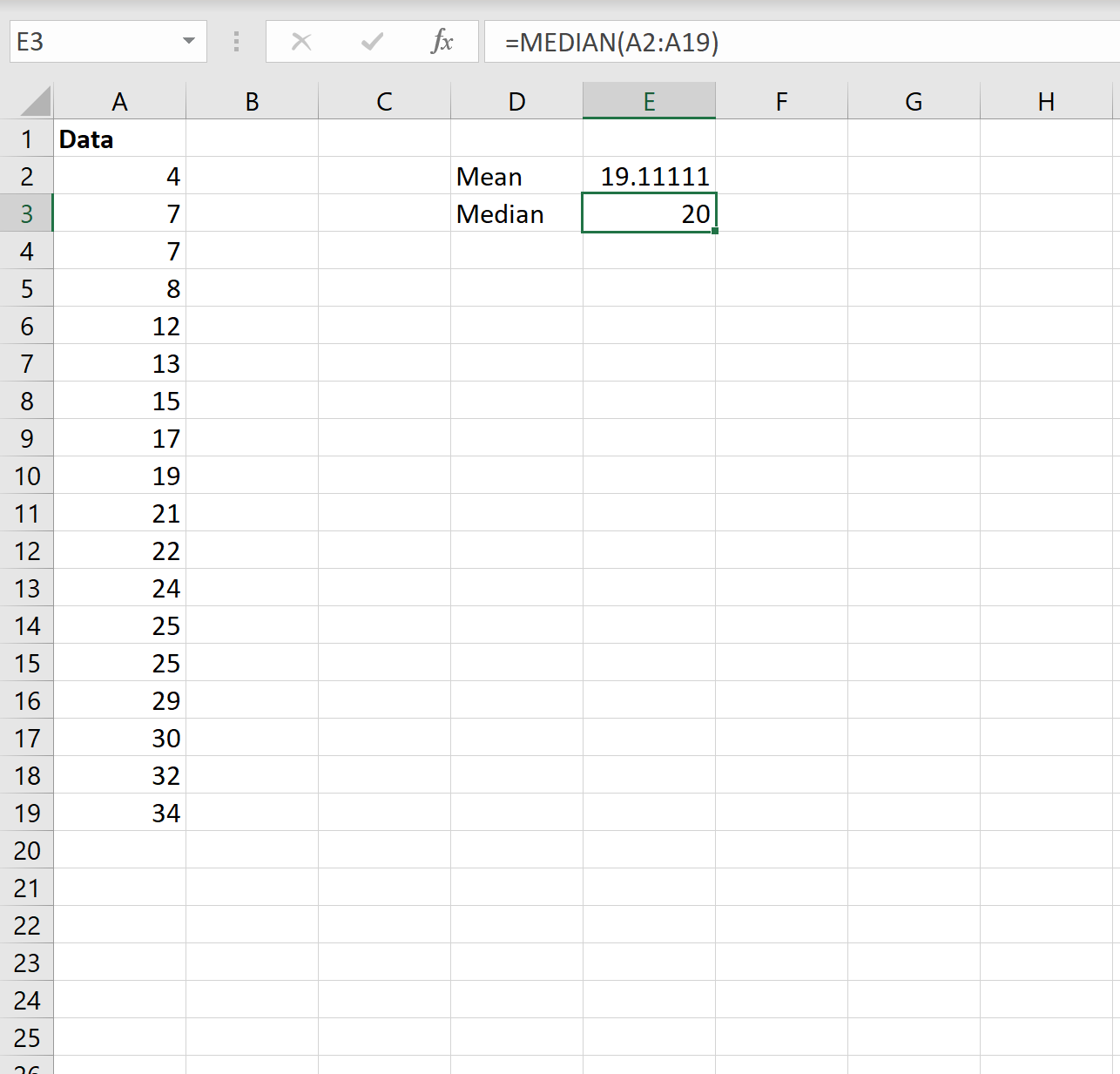 The median turns out to be 20.

Example: Finding the Mode in Excel

The mode represents the value that occurs most often in a dataset. Note that a dataset can have no mode, one mode, or multiple modes.

The following screenshot shows how to calculate the mode(s) of a dataset in Excel: 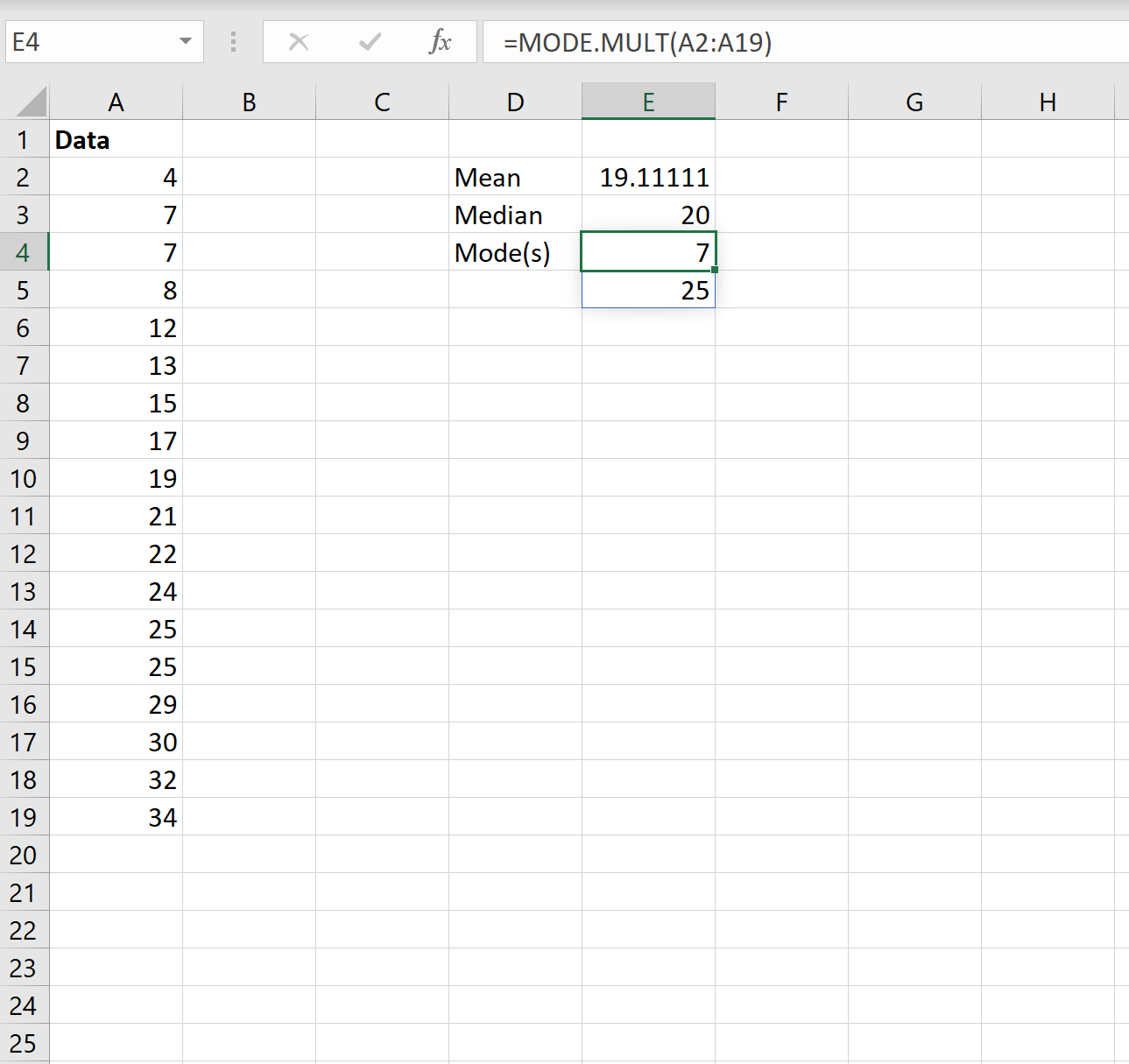 The modes turn out to be 7 and 25. Each of these values appears twice in the dataset, which is more often than any other value occurs.

Note: If you use the =MODE() function instead, it will only return the first mode. For this dataset, only the value 7 would be returned. For this reason, it’s always a good idea to use the =MODE.MULT() function in case there happens to be more than one mode in the dataset.