The Mahalanobis distance is the distance between two points in a multivariate space. It’s often used to find outliers in statistical analyses that involve several variables.

This tutorial explains how to calculate the Mahalanobis distance in SPSS.

Suppose we have the following dataset that displays the exam score of 20 students along with the number of hours they spent studying, the number of prep exams they took, and their current grade in the course: 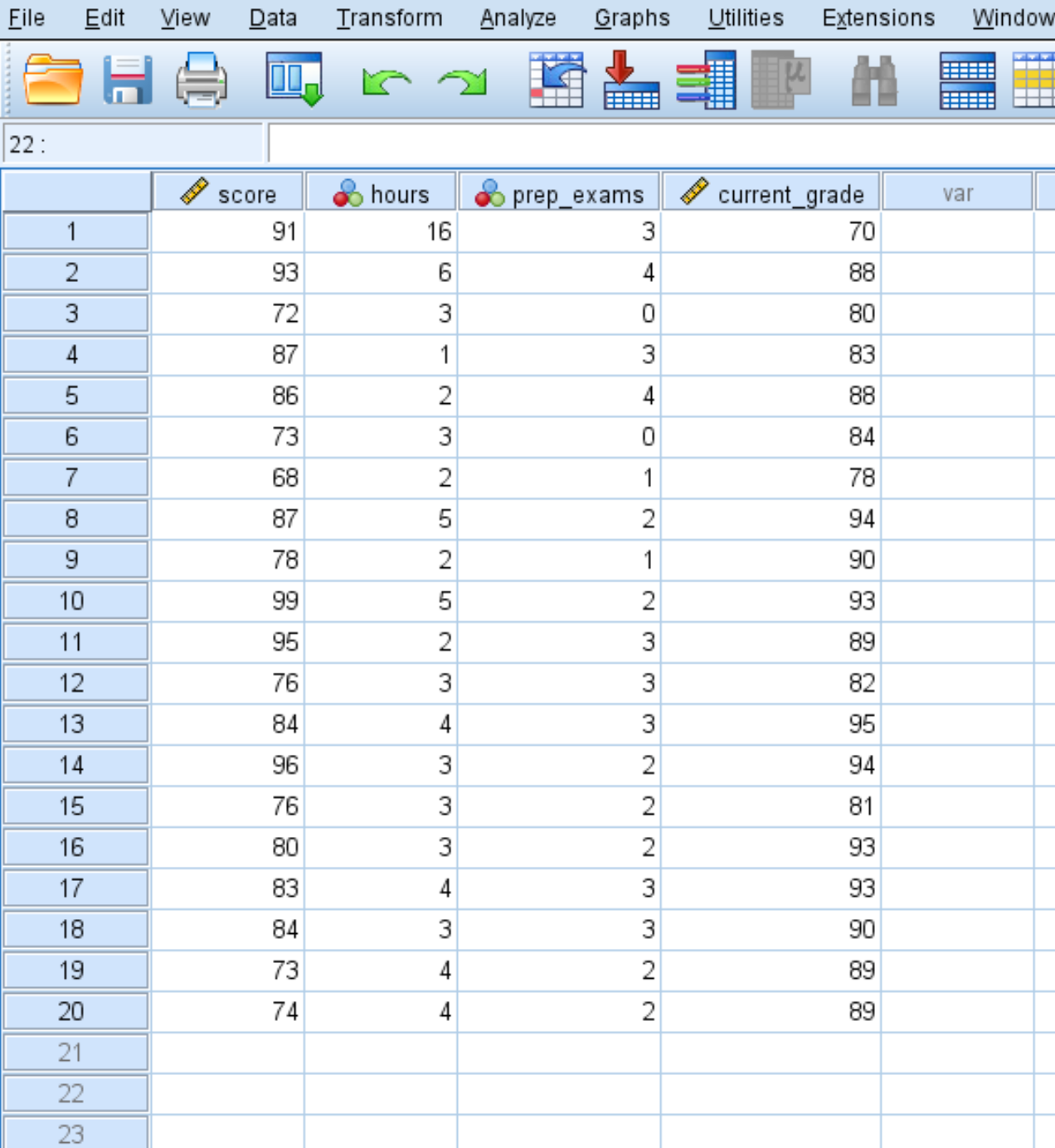 We can use the following steps to calculate the Mahalanobis distance for each observation in the dataset to determine if there are any multivariate outliers. 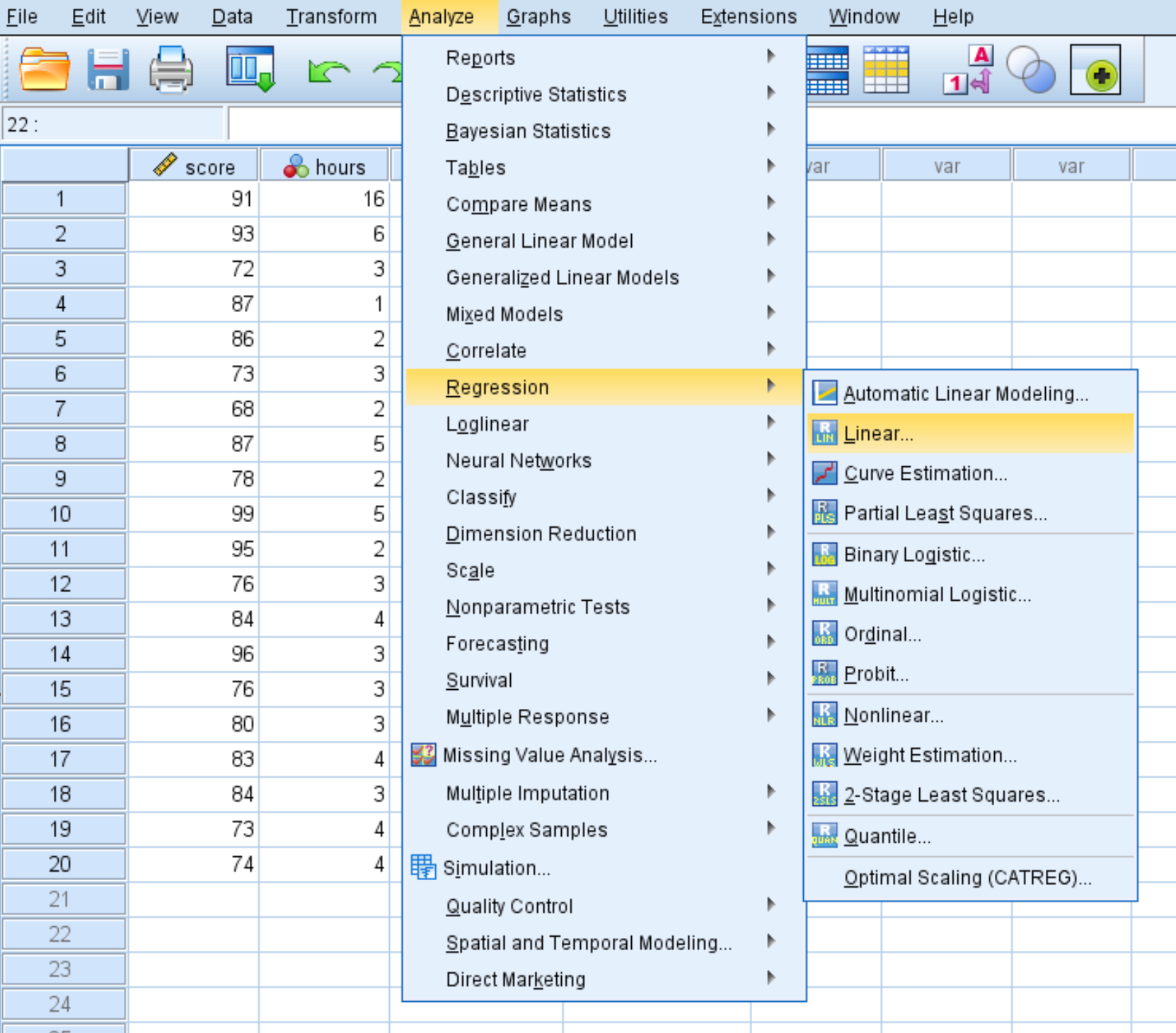 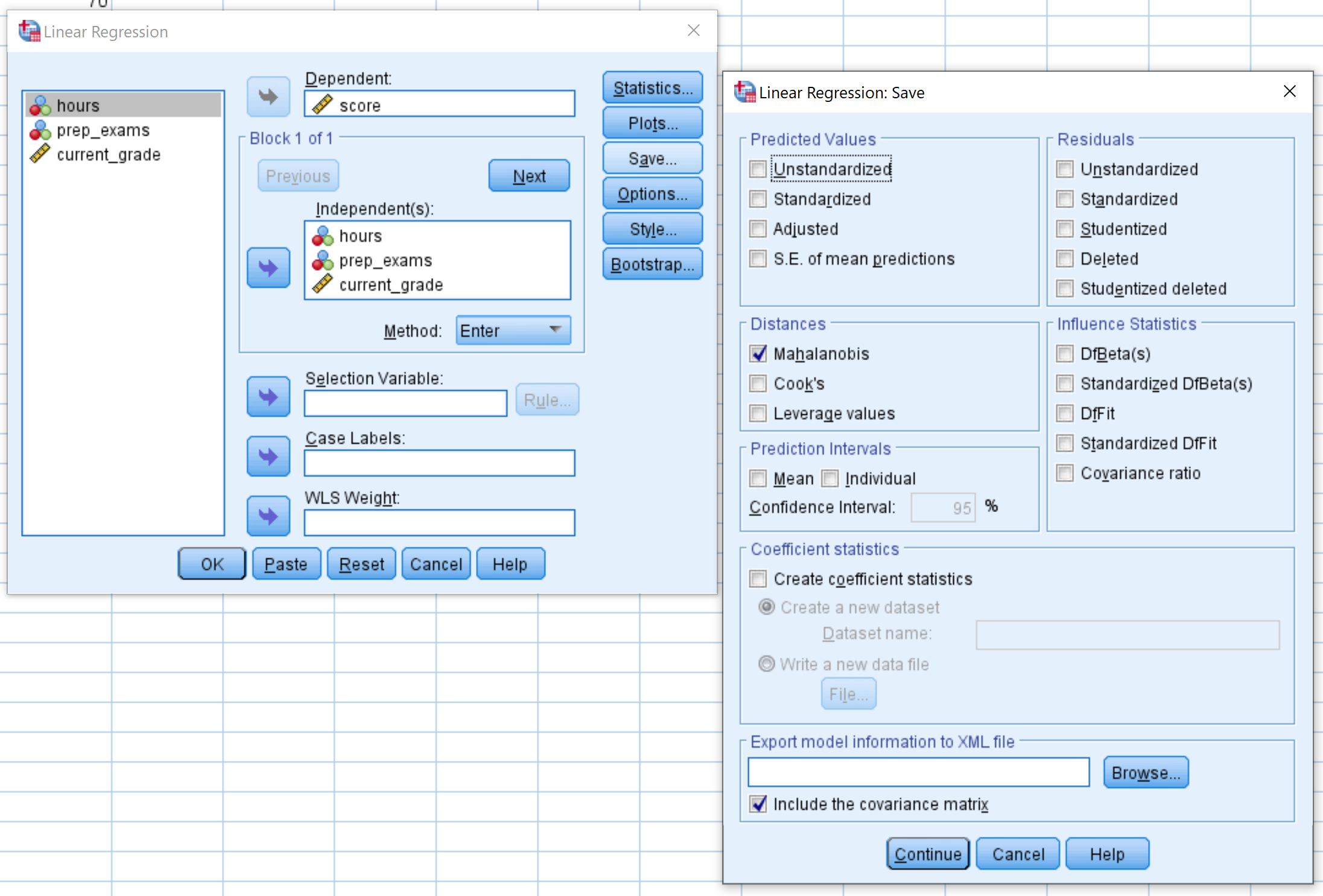 Once you click OK, the Mahalanobis distance for each observation in the dataset will appear in a new column titled MAH_1: 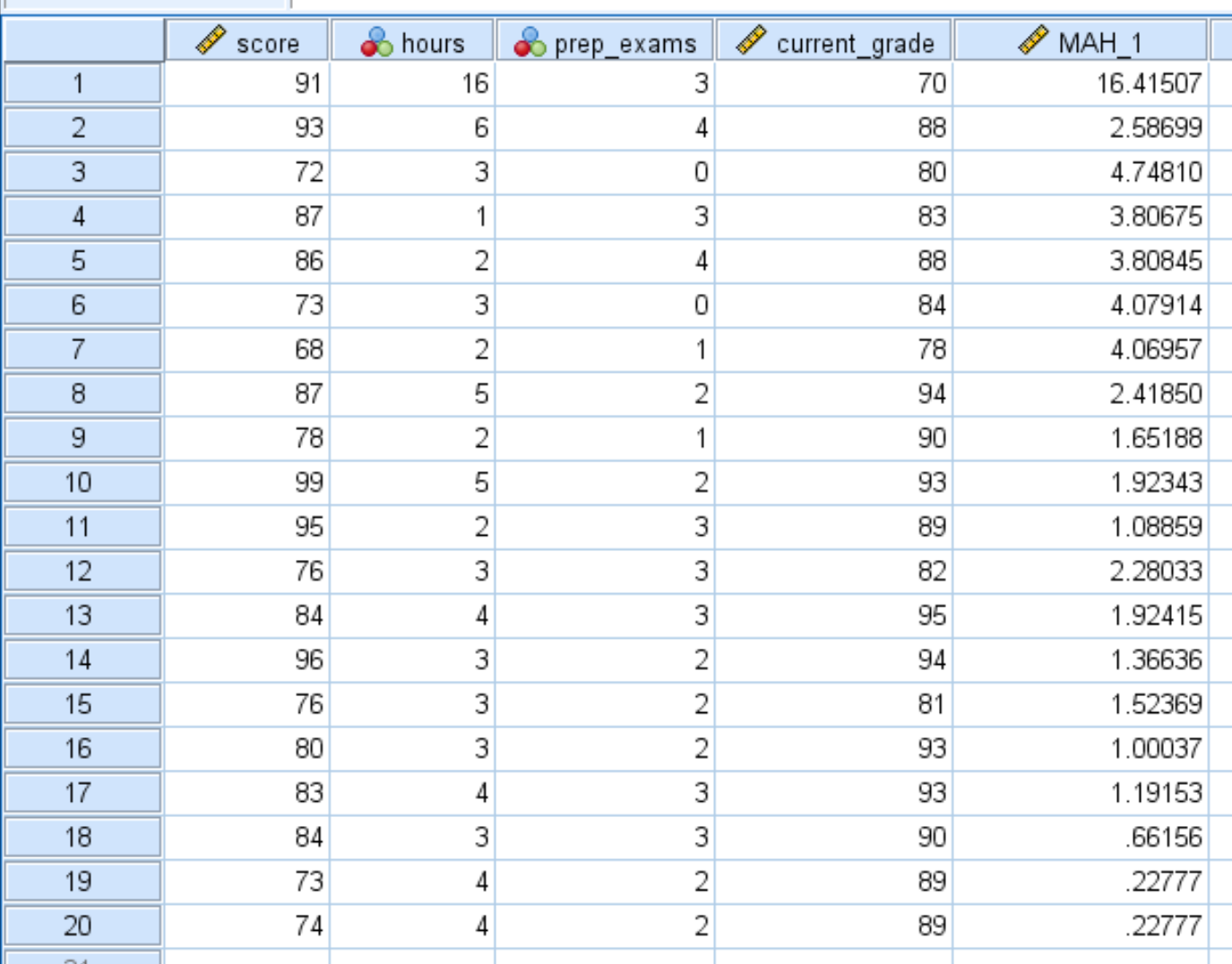 Step 3: Calculate the p-values of each Mahalanobis distance. 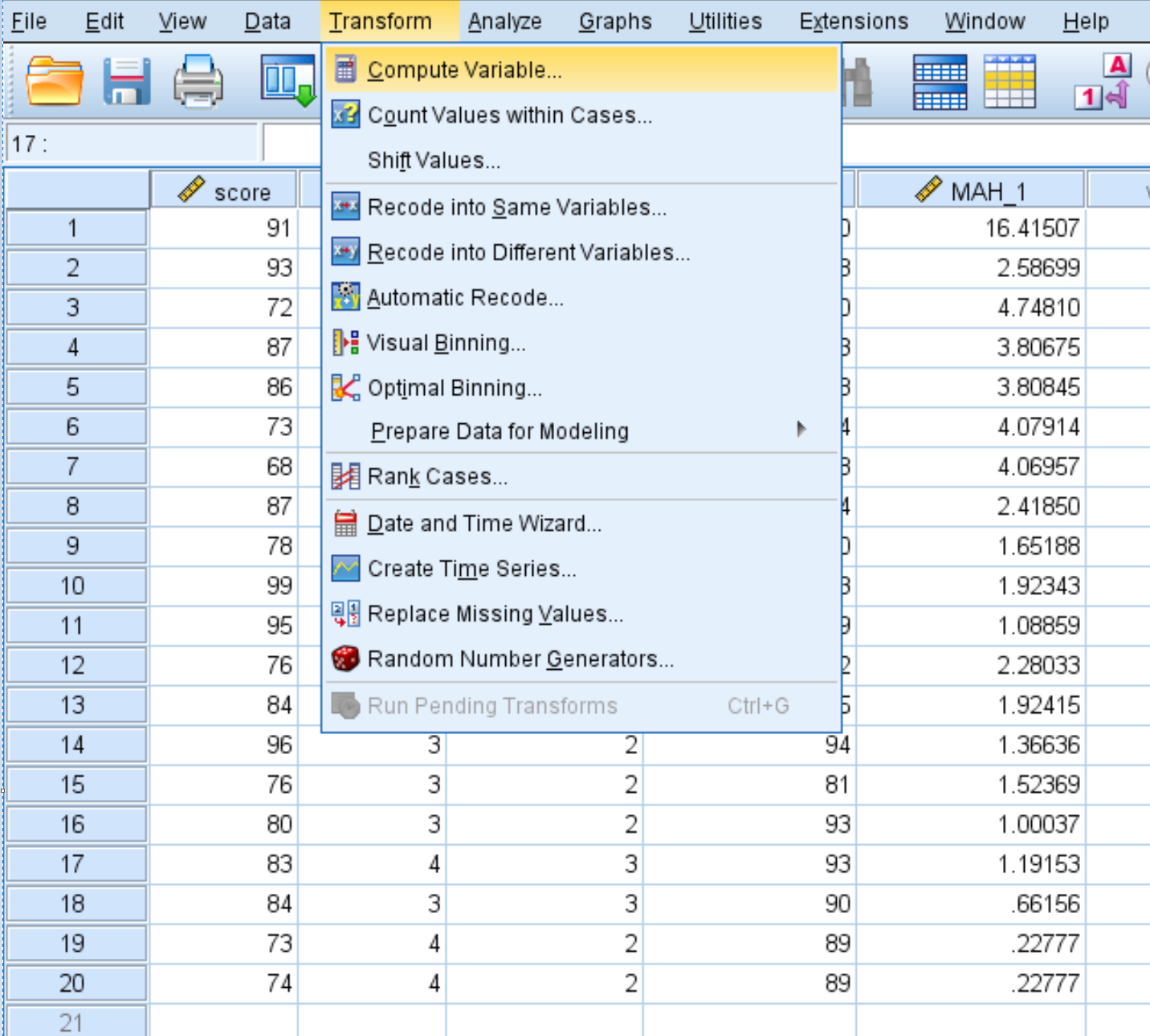 In the Target Variable box, choose a new name for the variable you’re creating. We chose “pvalue.” In the Numeric Expression box, type the following: 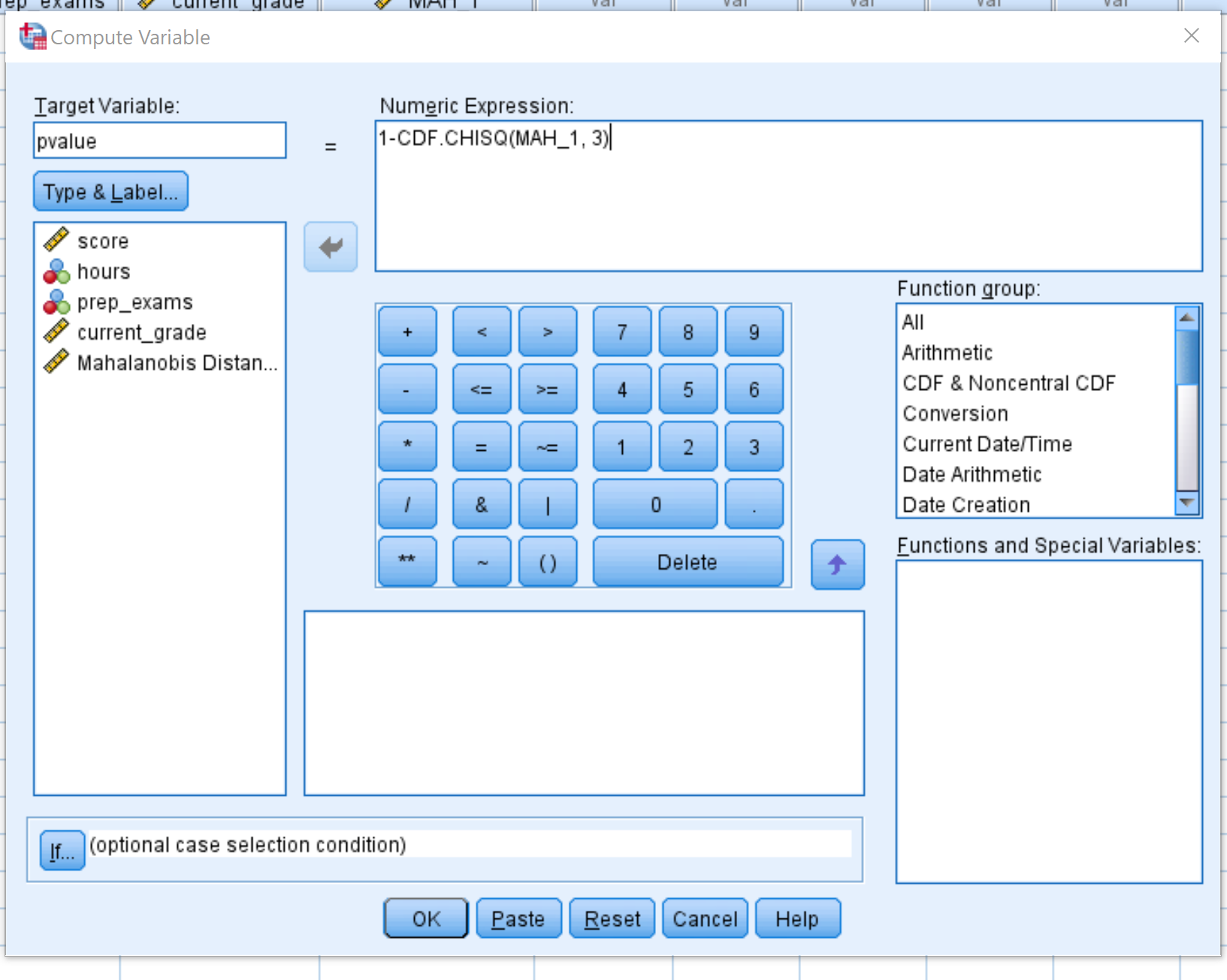 Once you click OK, the p-value for each Mahalanobis distance will be displayed in a new column: 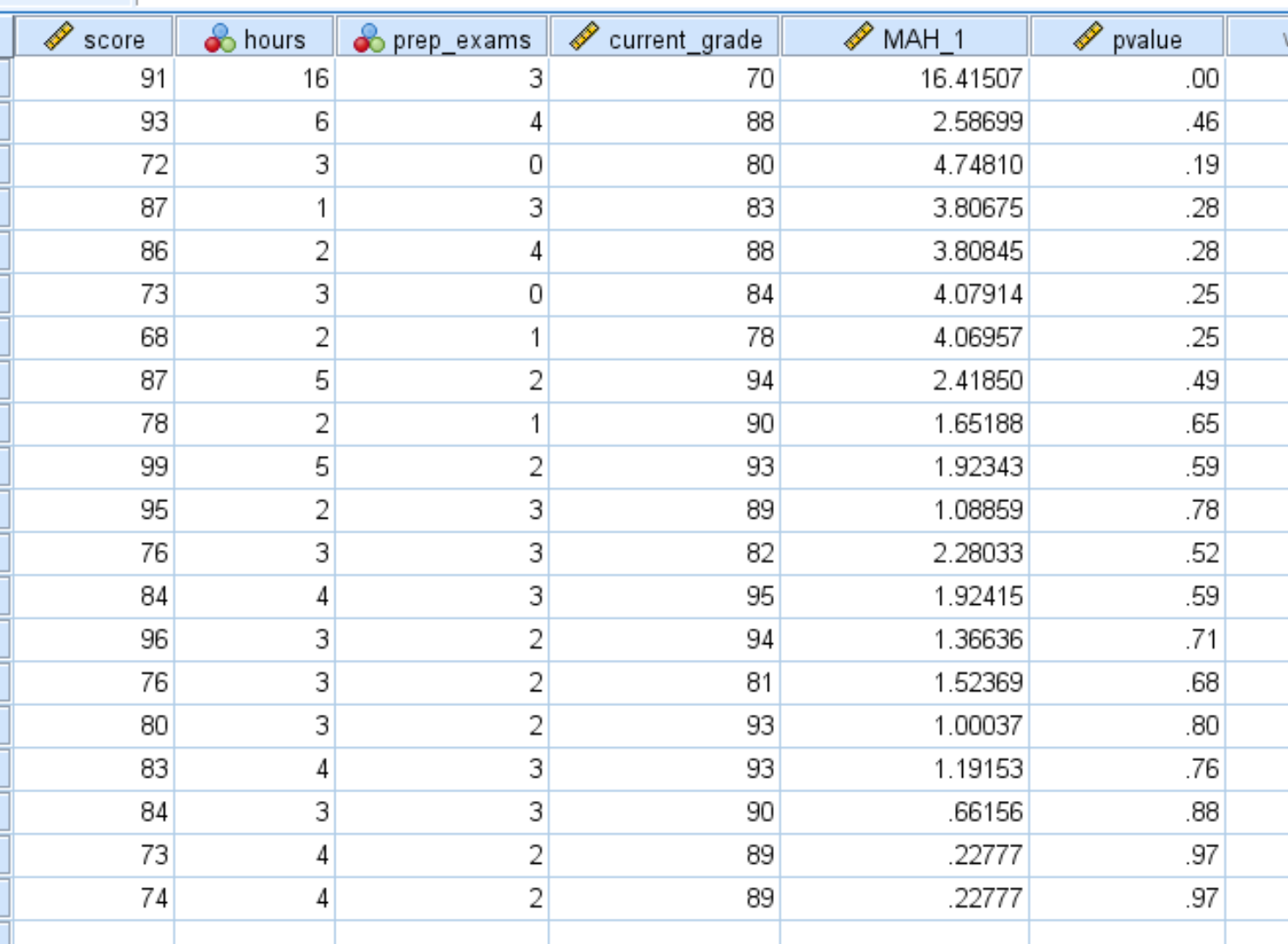 By default, SPSS only displays the p-values to two decimal places. You can increase the number of decimal places by clicking Variable View at the bottom of SPSS and increasing the number in the Decimals column:

Once you return to the Data View, you can see each p-value shown to five decimal places. Any p-value that is less than .001 is considered to be an outlier.

We can see that the first observation is the only outlier in the dataset because it has a p-value less than .001: 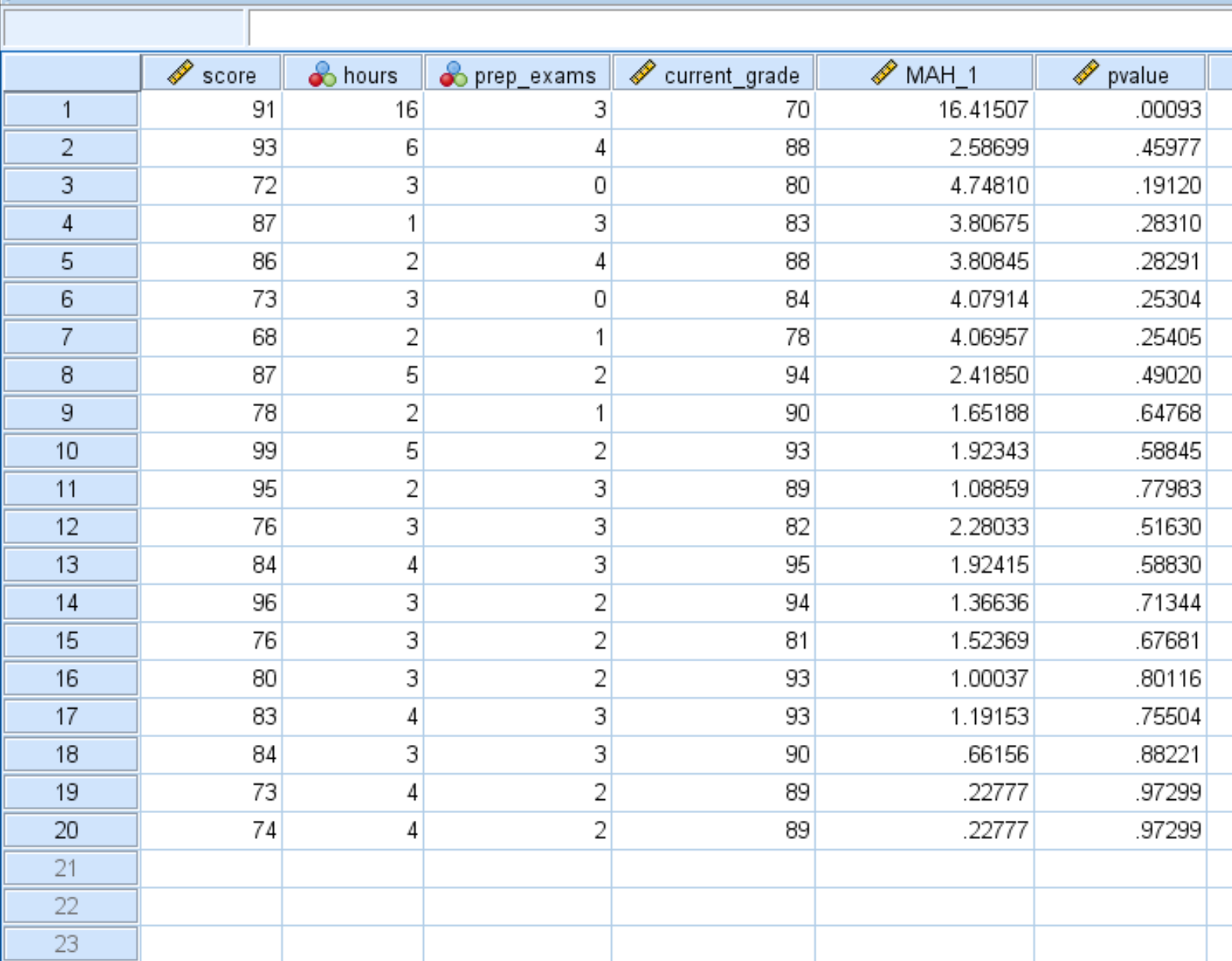 If an outlier is present in your data, you have a couple options:

Sometimes an individual simply enters the wrong data value when recording data. If an outlier is present, first verify that the data value was entered correctly and that it wasn’t an error.