A lurking variable is a variable that is not included in a statistical analysis, yet impacts the relationship between two variables within the analysis.

The following examples illustrate several cases in which lurking variables could be present in a study:

That’s unlikely. The more likely cause is the lurking variable weather. When it is warmer outside, more people buy ice cream and more people go in the ocean. 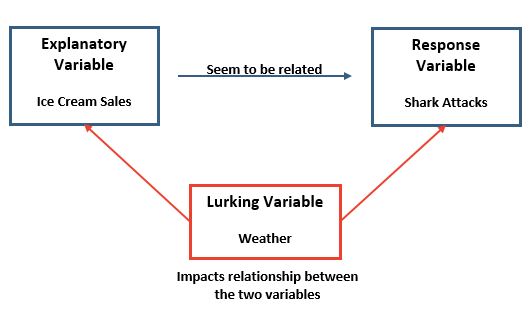 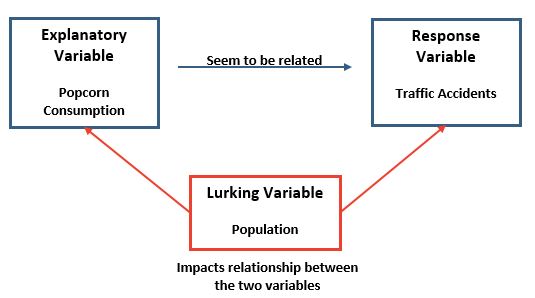 A study finds that the more volunteers that show up after a natural disaster, the greater the damage. Does this mean that volunteers are causing more damage to occur? 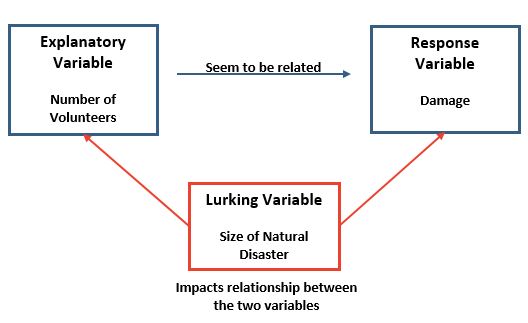 A study finds that glove sales and snowboarding accidents are highly correlated. Does this mean that gloves are causing more snowboard accidents to occur? 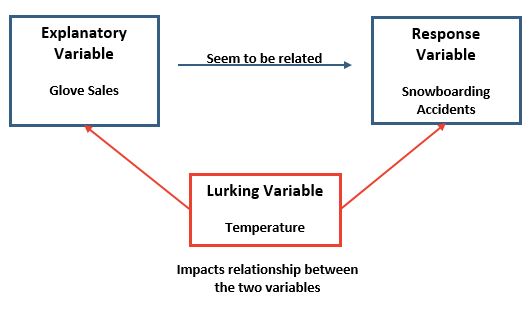 How to Identify Lurking Variables

How to Eliminate the Risk of Lurking Variables

In observational studies, it can be very difficult to eliminate the risk of lurking variables. In most cases, the best you can do is simply identify, rather then prevent, potential lurking variables that may be impacting the study.

In experimental studies, however, the impact of lurking variables can mostly be eliminated with good experimental design.

For example, suppose we want to know whether two pills have a different impact on blood pressure. We know that lurking variables such as diet and smoking habits also impact blood pressure, so we can attempt to control for these lurking variables by using a randomized design. This means we randomly assign patients to take either the first or second pill.

Since we randomly assign patients to groups, we can assume that the lurking variables will affect both groups roughly equally. This means any differences in blood pressure can be attributed to the pill, rather than the effect of a lurking variable.