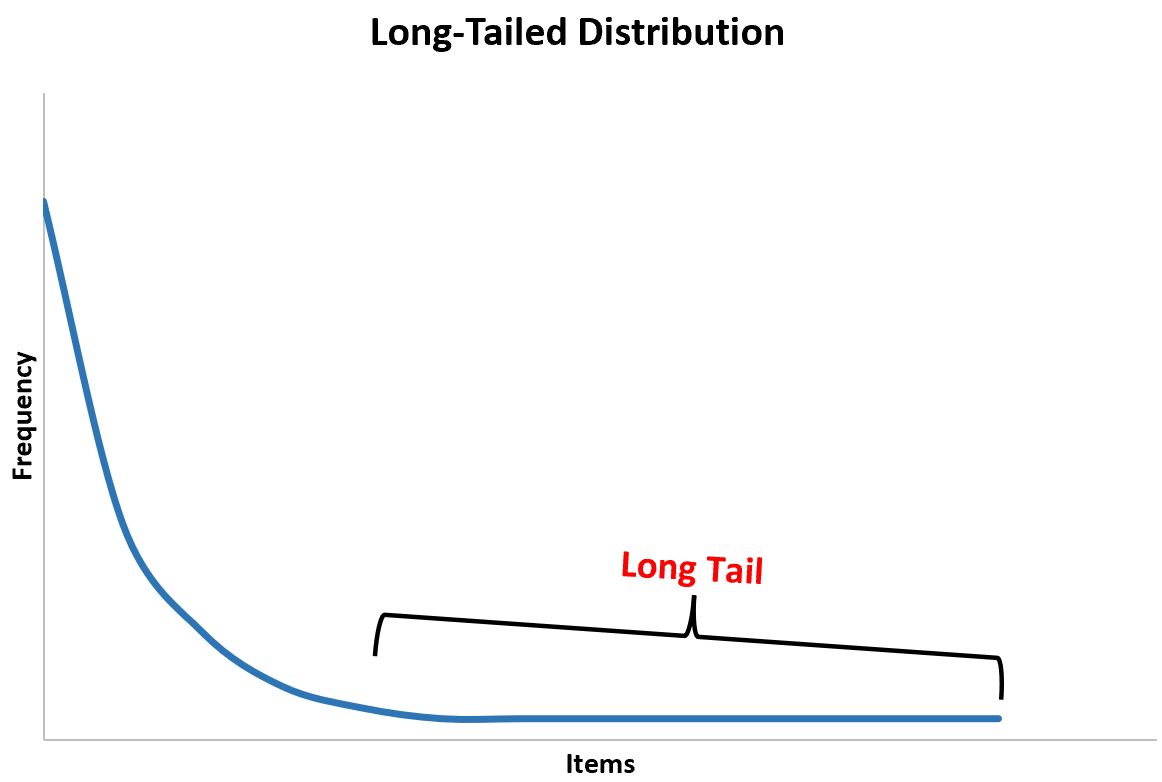 It turns out that this type of distribution appears all the time in different real-world domains and it has interesting implications.

One of the most well-known examples of a long-tail distribution is book sales.

There are a few books that have sold hundreds of millions of copies (Harry Potter, The Lord of the Rings, The Da Vinci Code, etc.) but most books sell less than one hundred copies total.

If we created a bar chart to visualize the total sales of every book ever published, we would find that the chart exhibits a long-tailed distribution: 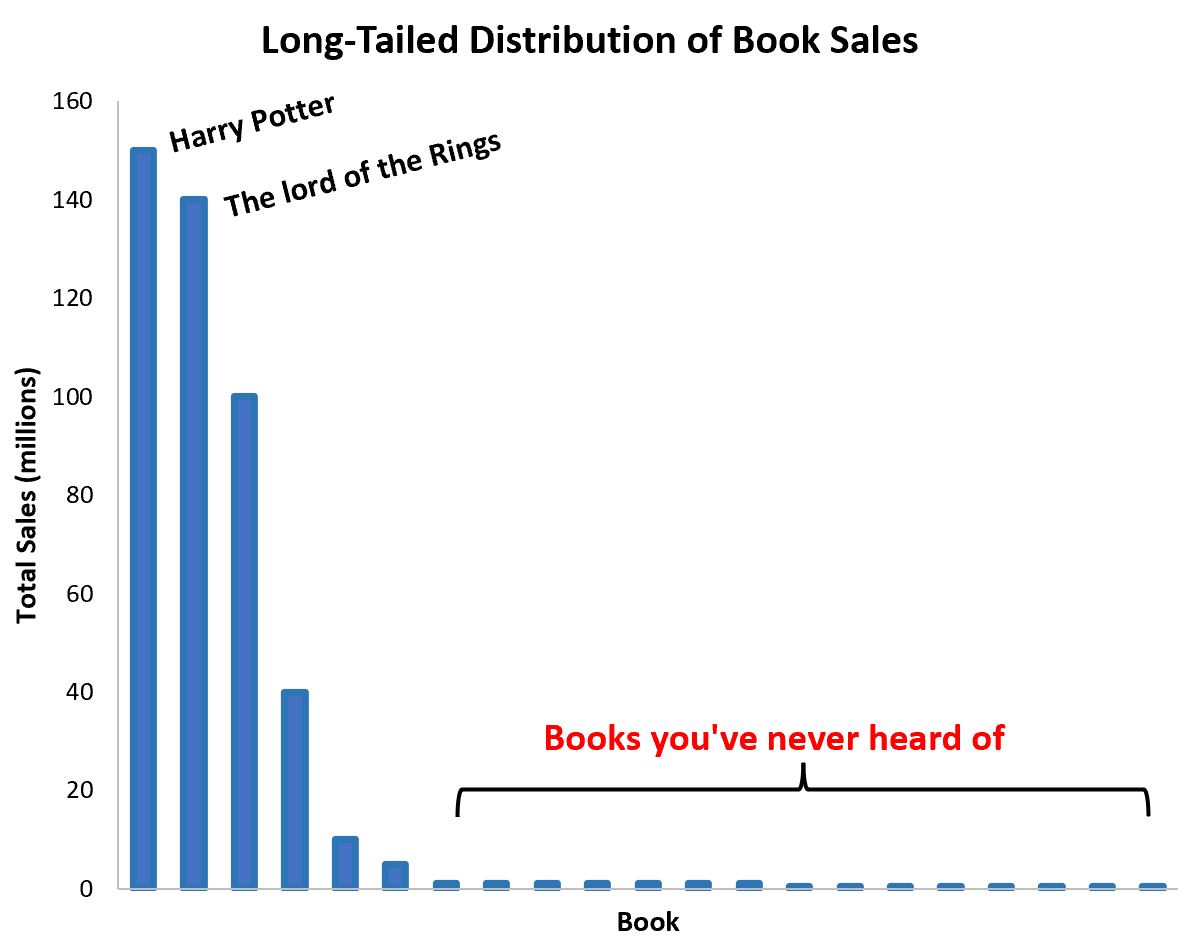 A few well-known books have sold hundreds of millions of copies and then there’s a long tail of thousands upon thousands of books that have sold very few copies.

Another well-known example of a long-tail distribution is the number of subscribers for YouTube channels.

If we created a bar chart to visualize the total subscribers for each YouTube channel in existence, we would find that the chart exhibits a long-tailed distribution: 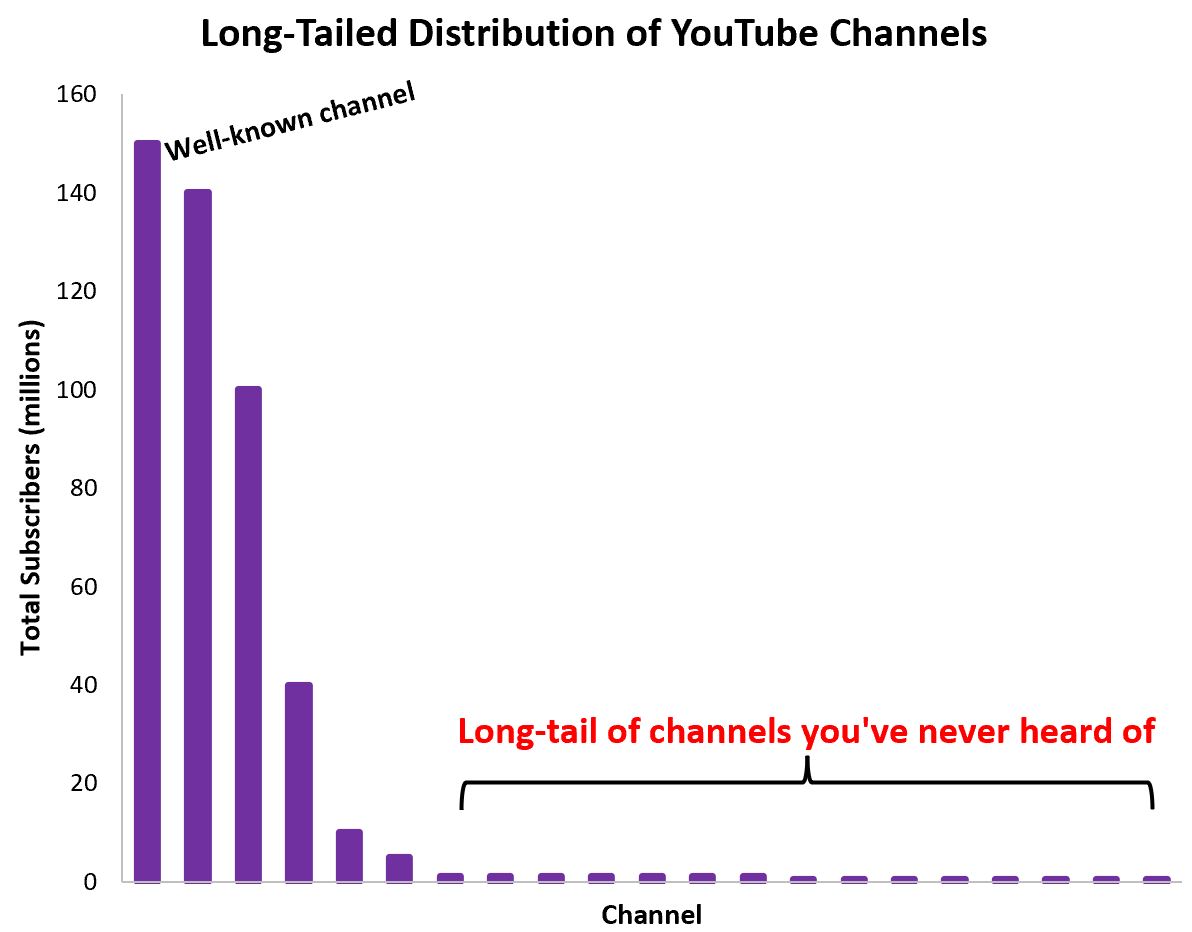 Another example of a long-tail distribution is the population size of cities in the United States.

If we created a bar chart to visualize the population size for all cities in the United States, we would find that the chart exhibits a long-tailed distribution: 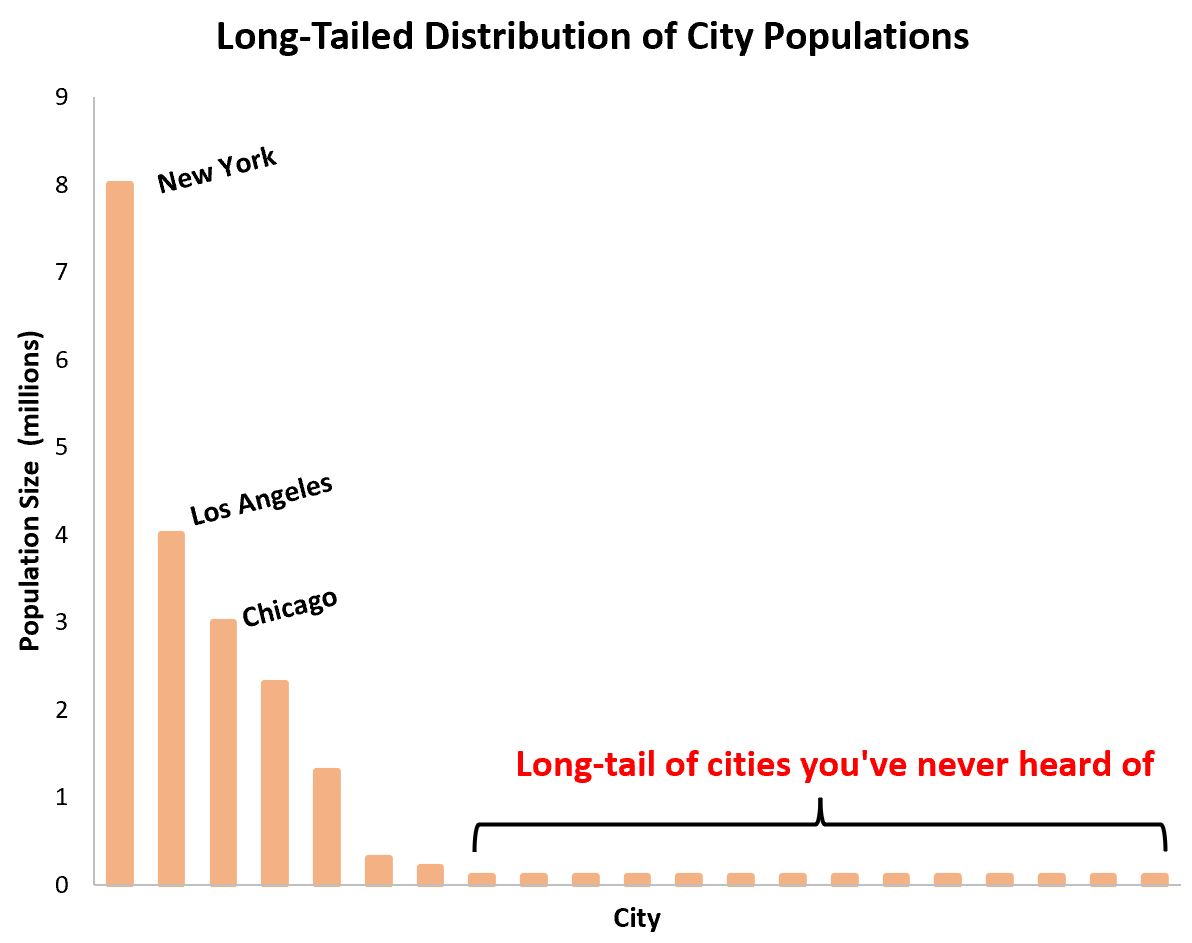 Long-tail distributions are particularly important to understand in business because they present an opportunity for a business model that revolves around making a few sales for a lot of products.

For example, consider our example from earlier about book sales:

All of those “books you’ve never heard of” actually had customers interested in reading them, but most big retailers didn’t carry them in store because they didn’t sell many copies.

However, when Amazon suddenly made it possible to buy these niches books online they were able to sell a few copies of tens of thousands of different books from the long tail of the distribution.

The combined sales of all of these books in the long tail actually amounted to significant profits.

Other businesses have also capitalized on this model. For example, eBay has made it possible for hundreds of thousands of people to make a few sales of niche items.

Since eBay takes a small cut of each sale, all of these sales from long-tail sellers who only sell a couple items per year actually adds up to significant profits for eBay.

Yet another example of a business who has capitalized on the long-tail model is Netflix.

Most TV shows and movies that are released only have small audiences, but by creating a platform where all of these niche long-tail shows could be viewed a few times each, Netflix was able to build a massive base of subscribers who each subscribed to watch particular shows.

In fact, there is an entire book written about this business model called The Long Tail by Chris Anderson.

The whole book is about how making a few sales on lots of products can actually be a great business model.

The following articles provide information about other types of distributions in statistics: