Logistic regression is a method that we use to fit a regression model when the response variable is binary.

This tutorial explains how to perform logistic regression in SPSS.

Use the following steps to perform logistic regression in SPSS for a dataset that shows whether or not college basketball players got drafted into the NBA (draft: 0 = no, 1 = yes) based on their average points per game and division level. 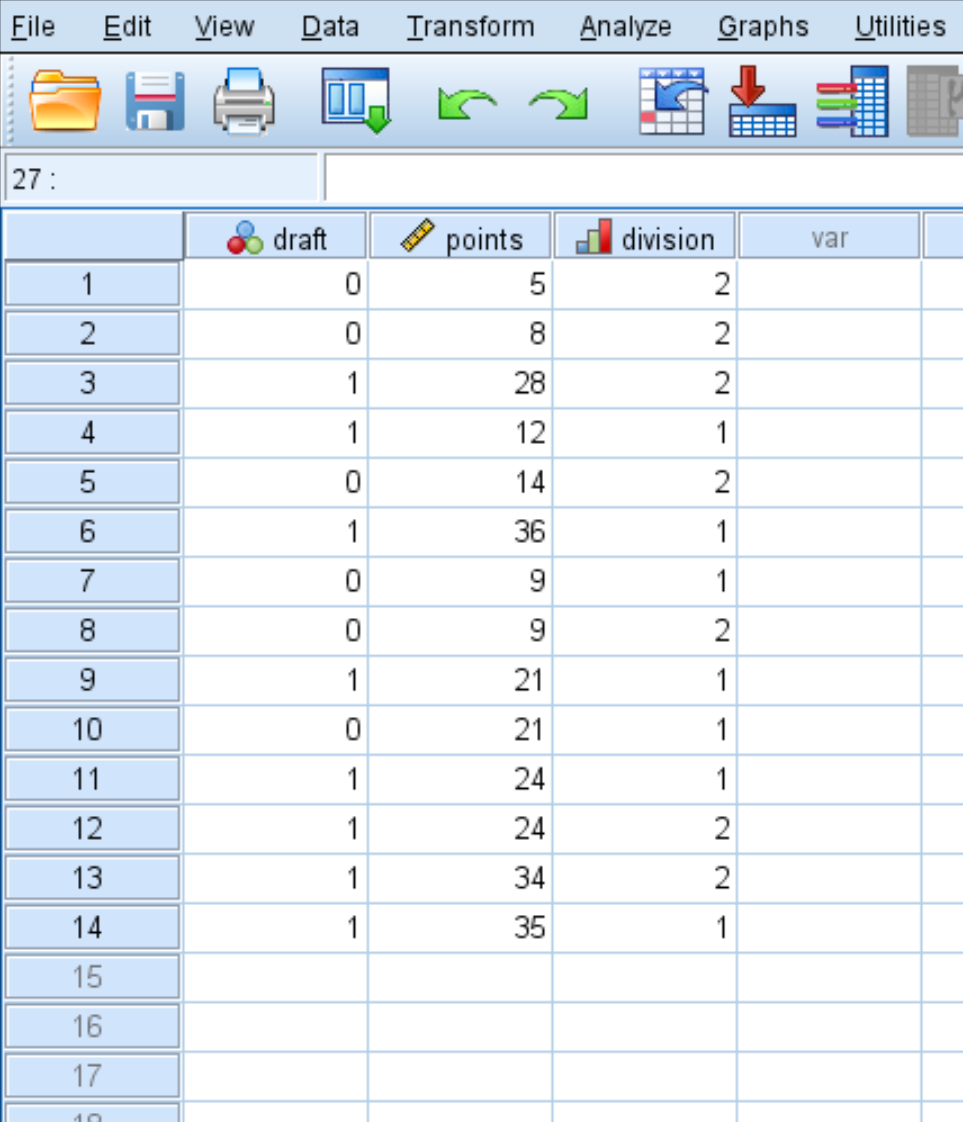 Click the Analyze tab, then Regression, then Binary Logistic Regression: 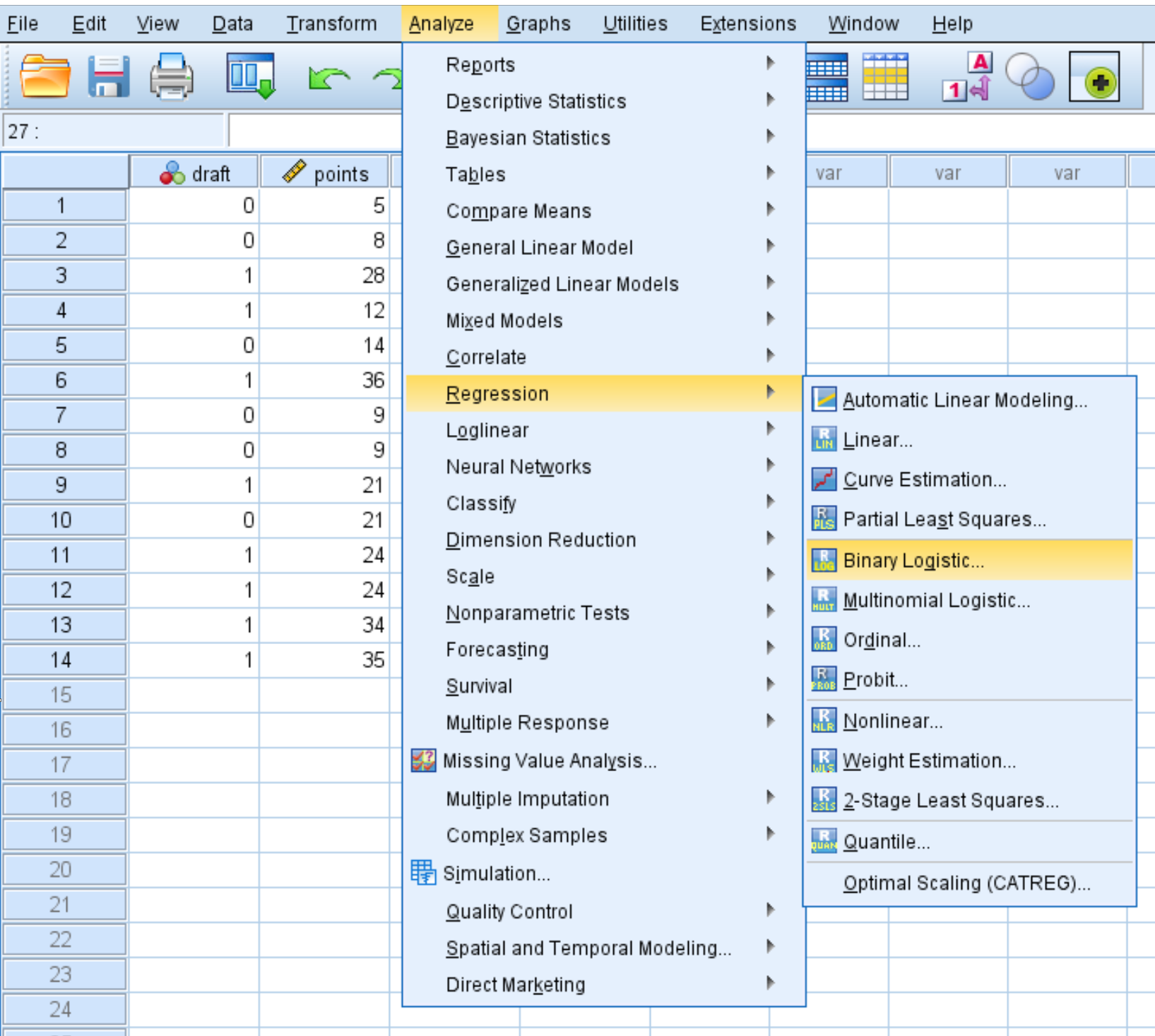 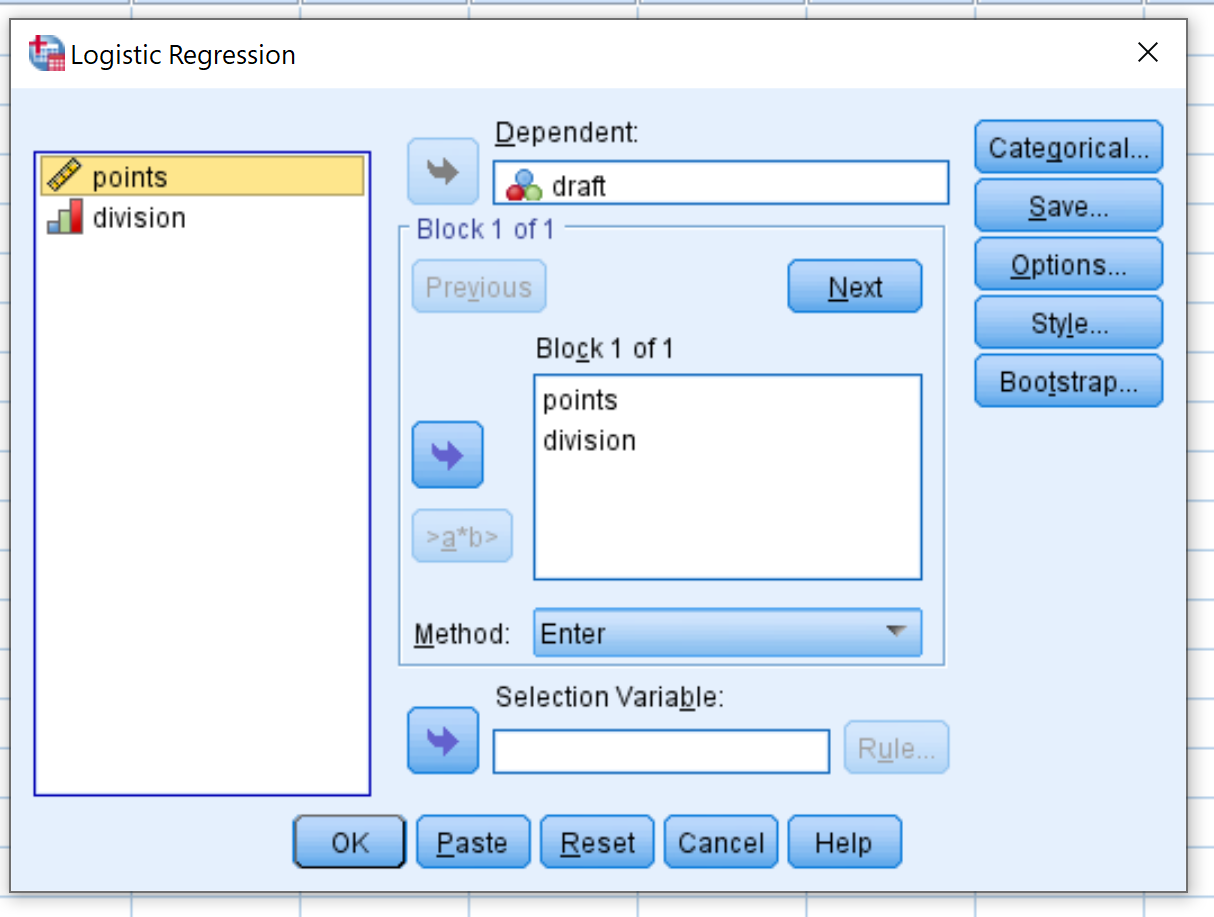 Once you click OK, the output of the logistic regression will appear: 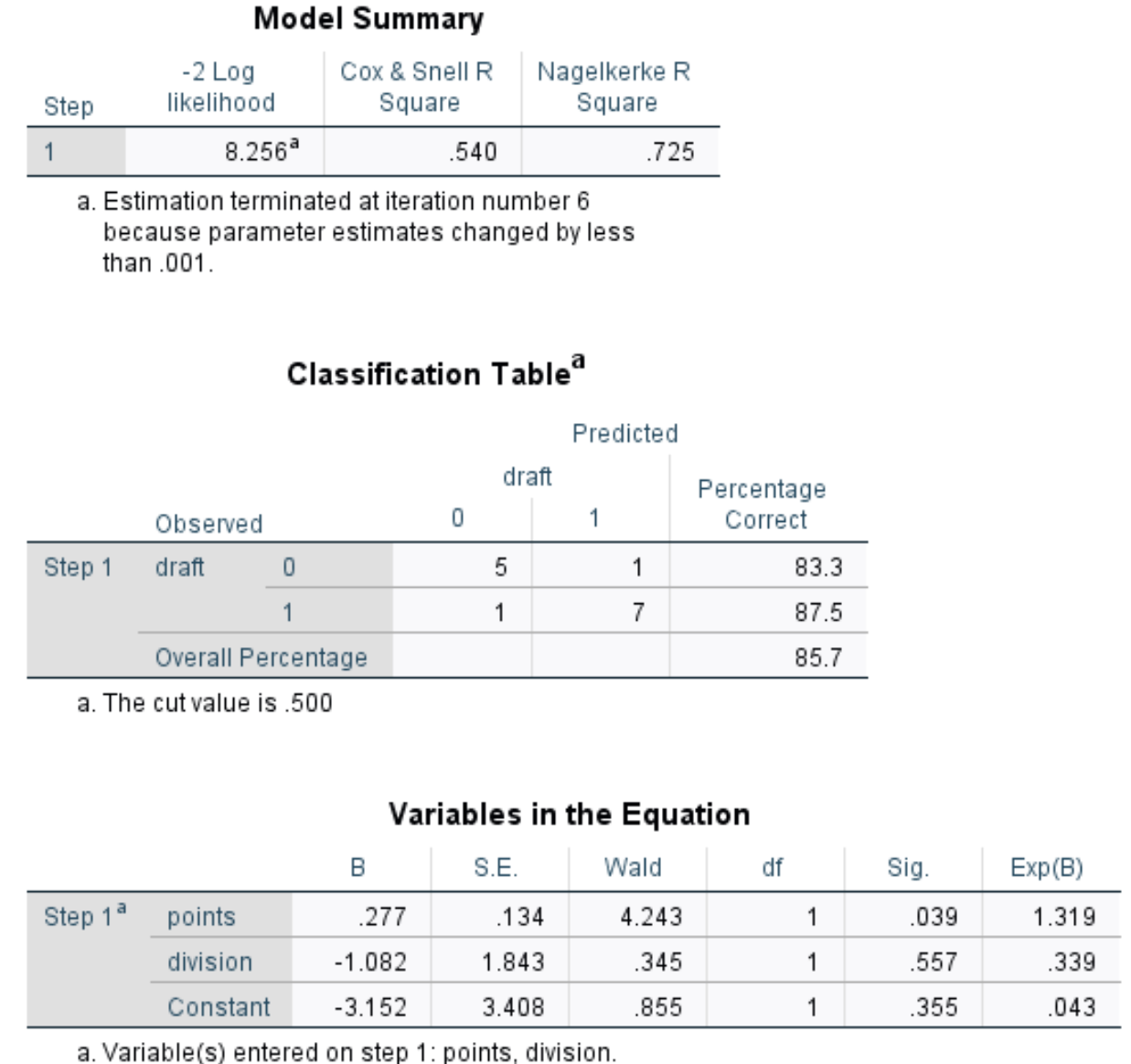 Model Summary: The most useful metric in this table is the Nagelkerke R Square, which tells us the percentage of the variation in the response variable that can be explained by the predictor variables. In this case, points and division are able to explain 72.5% of the variability in draft.

Classification Table: The most useful metric in this table is the Overall Percentage, which tells us the percentage of observations that the model was able to classify correctly. In this case, the logistic regression model was able to correctly predict the draft result of 85.7% of players.

Variables in the Equation: This last table provides us with several useful metrics, including:

We can then use the coefficients (the values in the column labeled B) to predict the probability that a given player will get drafted, using the following formula:

For example, the probability that a player who averages 20 points per game and plays in division 1 gets drafted can be calculated as:

Since this probability is greater than 0.5, we would predict that this player would get drafted.

Lastly, we want to report the results of our logistic regression. Here is an example of how to do so:

Logistic regression was performed to determine how points per game and division level affect a basketball player’s probability of getting drafted. A total of 14 players were used in the analysis.

The model explained 72.5% of the variation in draft result and correctly classified 85.7% of cases.

Each additional unit increase in points per game was associated with an increase of 1.319 in the odds of a player getting drafted.