You can use the LOGEST function in Google Sheets to calculate the formula of an exponential curve that fits your data.

The equation of the curve will take on the following form:

The following step-by-step example shows how to use this function in practice. 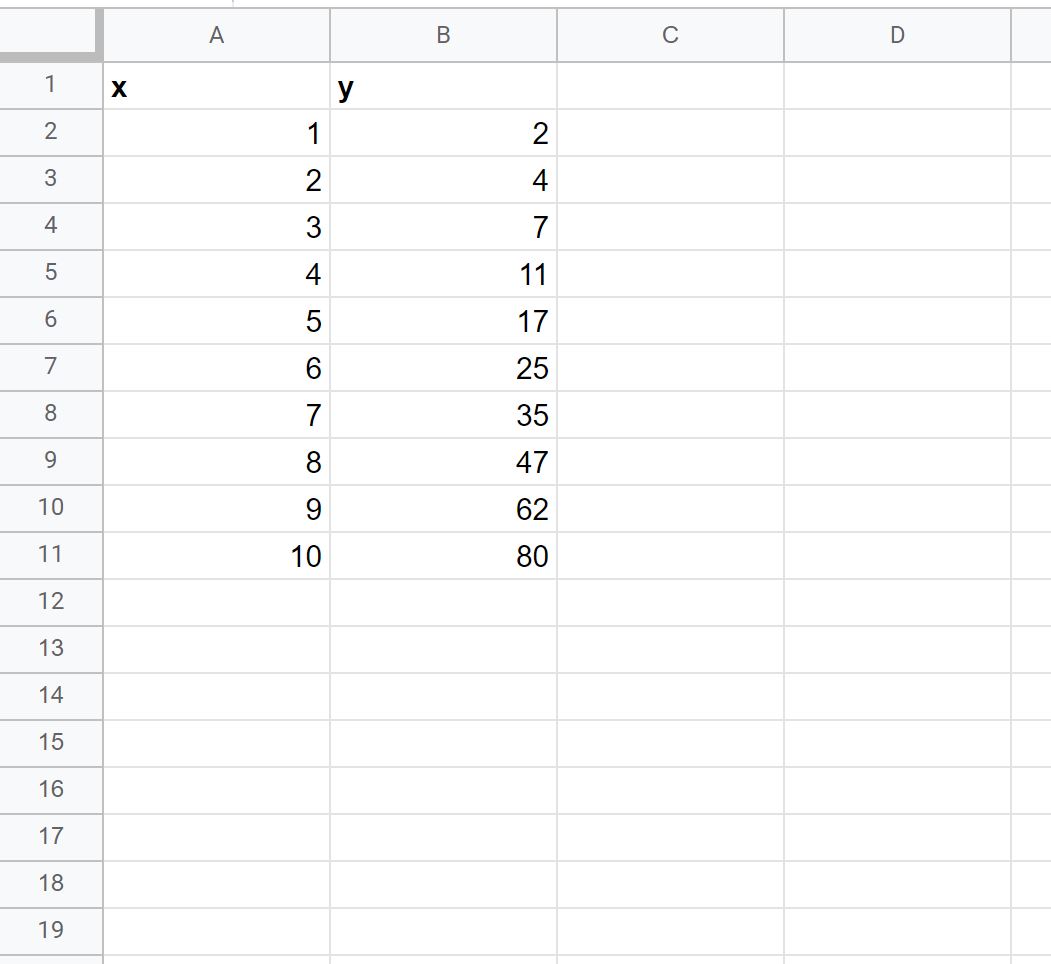 Next, let’s create a quick scatter plot of x vs. y to verify that the data actually follow an exponential curve: 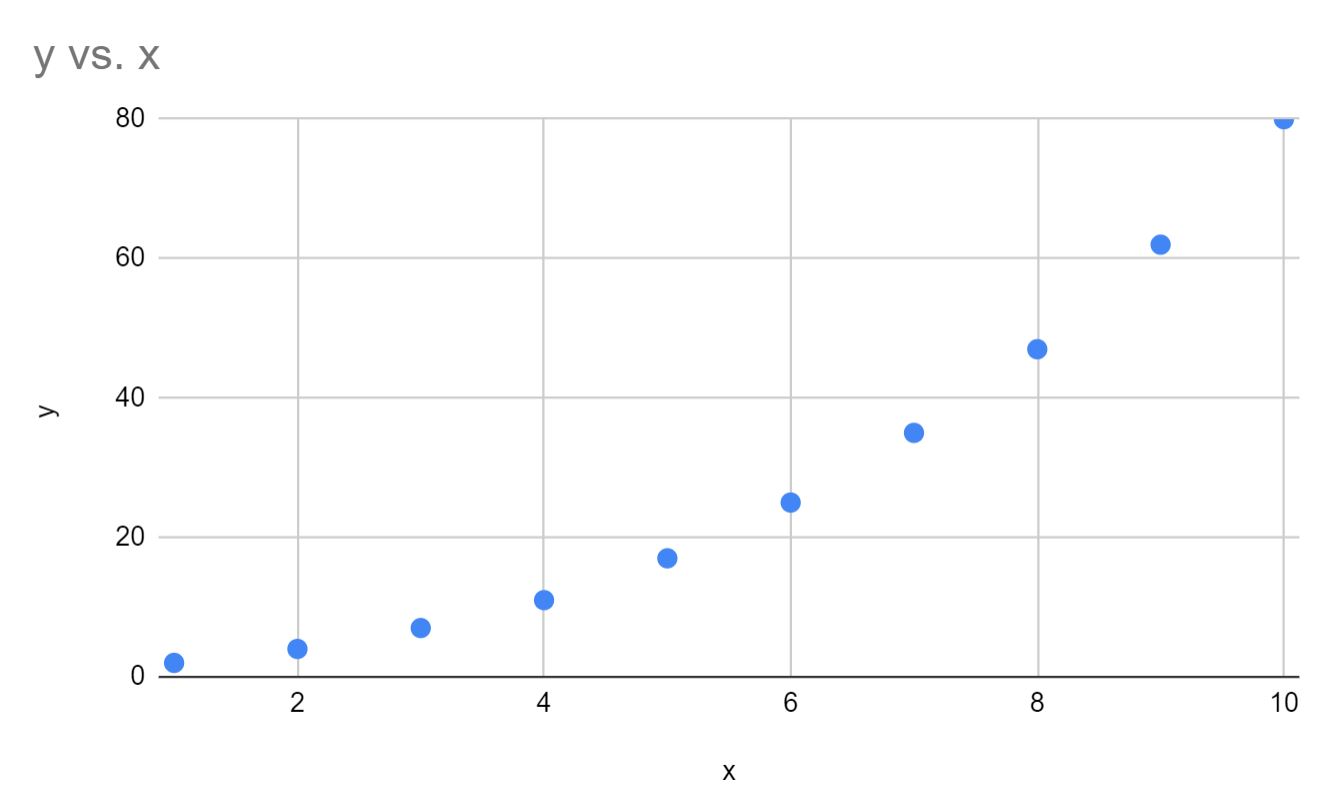 We can see that the data do indeed follow an exponential curve.

Step 3: Use LOGEST to Find the Exponential Curve Formula

Next, we can type the following formula into any cell to calculate the exponential curve formula: 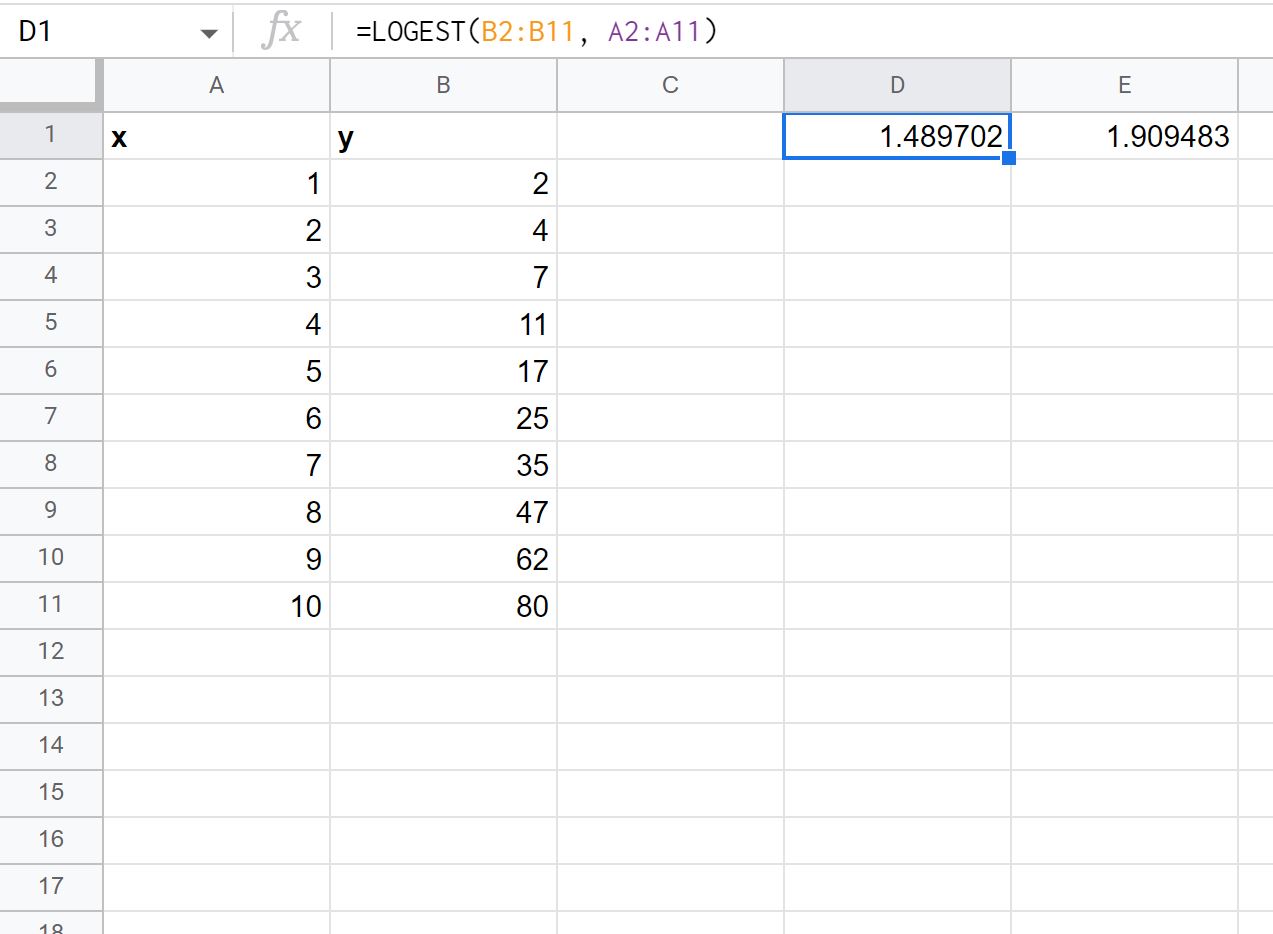 Thus, we would write this exponential curve formula as:

We could then use this formula to predict the values of y based on the value of x.

We can set the value for the verbose argument in the LOGEST function equal to TRUE to display additional regression statistics for the fitted regression equation:

Here’s how to interpret each value in the output:

In general, the most interesting metric in these additional statistics is the R2 value, which represents the proportion of the variance in the response variable that can be explained the predictor variable.

Since the R2 for this particular model is close to 1, it tells us that the predictor variable x does a good job of predicting the value of the response variable y.