A log rank test is the most common way to compare survival curves between two groups.

This test uses the following hypotheses:

H0: There is no difference in survival between the two groups.

HA: There is a difference in survival between the two groups.

If the p-value of the test is less than some significance level (e.g. α = .05), then we can reject the null hypothesis and conclude that there is sufficient evidence to say there is a difference in survival between the two groups.

To perform a log rank test in R, we can use the survdiff() function from the survival package, which uses the following syntax:

This function returns a Chi-Squared test statistic and a corresponding p-value.

The following example shows how to use this function to perform a log rank test in R.

For this example, we’ll use the ovarian dataset from the survival package. This dataset contains the following information about 26 patients:

The following code shows how to view the first six rows of this dataset:

The following code shows how to perform a log rank test to determine if there is a difference in survival between patients who received different treatments:

The Chi-Squared test statistic is 1.1 with 1 degree of freedom and the corresponding p-value is 0.3. Since this p-value is not less than .05, we fail to reject the null hypothesis.

In other words, we don’t have sufficient evidence to say that there is a statistically significant difference in survival between the two treatments.

We can also plot the survival curves for each group using the following syntax: 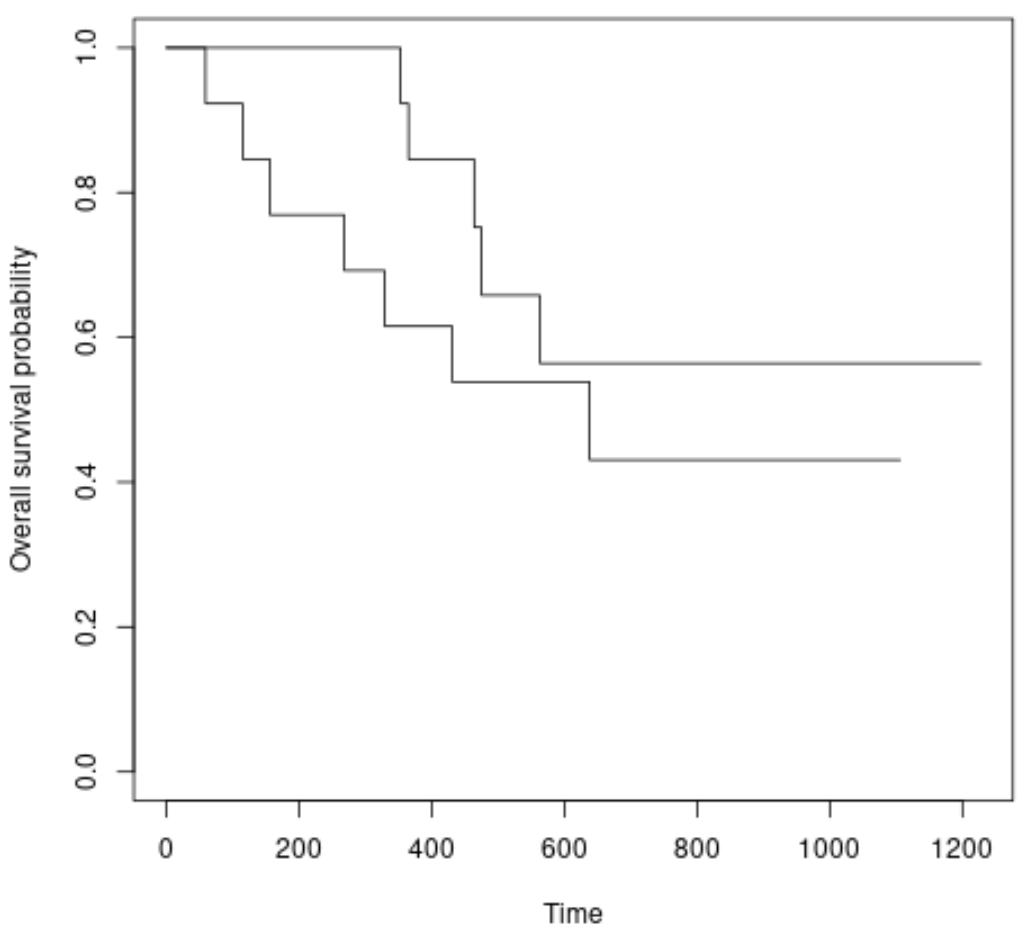 We can see that the survival curves are slightly different, but the log rank test told us that the difference is not statistically significant.