To evaluate the performance of a model on a dataset, we need to measure how well the predictions made by the model match the observed data.

The most common way to measure this is by using the mean squared error (MSE), which is calculated as:

In practice, we use the following process to calculate the MSE of a given model:

1. Split a dataset into a training set and a testing set. 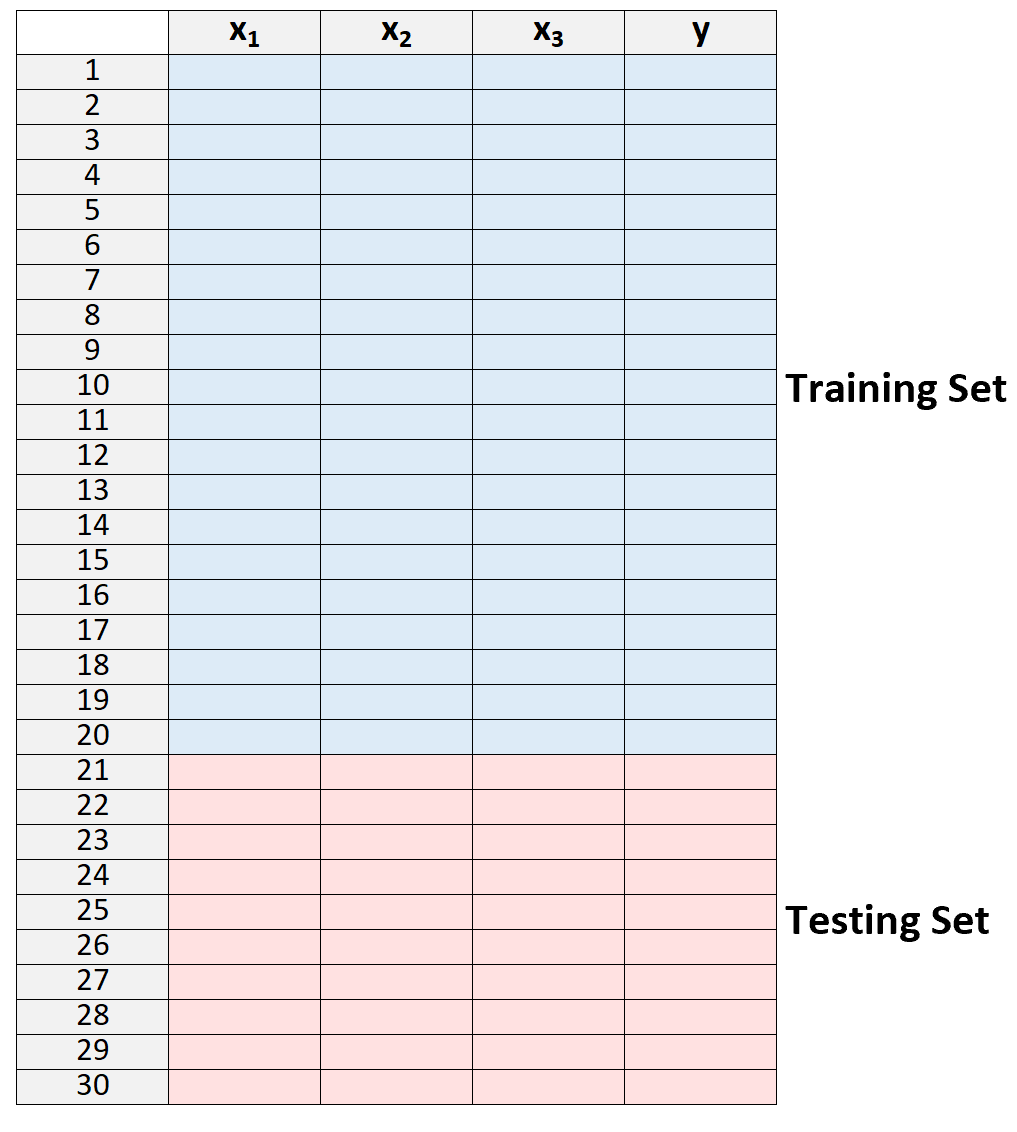 2. Build the model using only data from the training set. 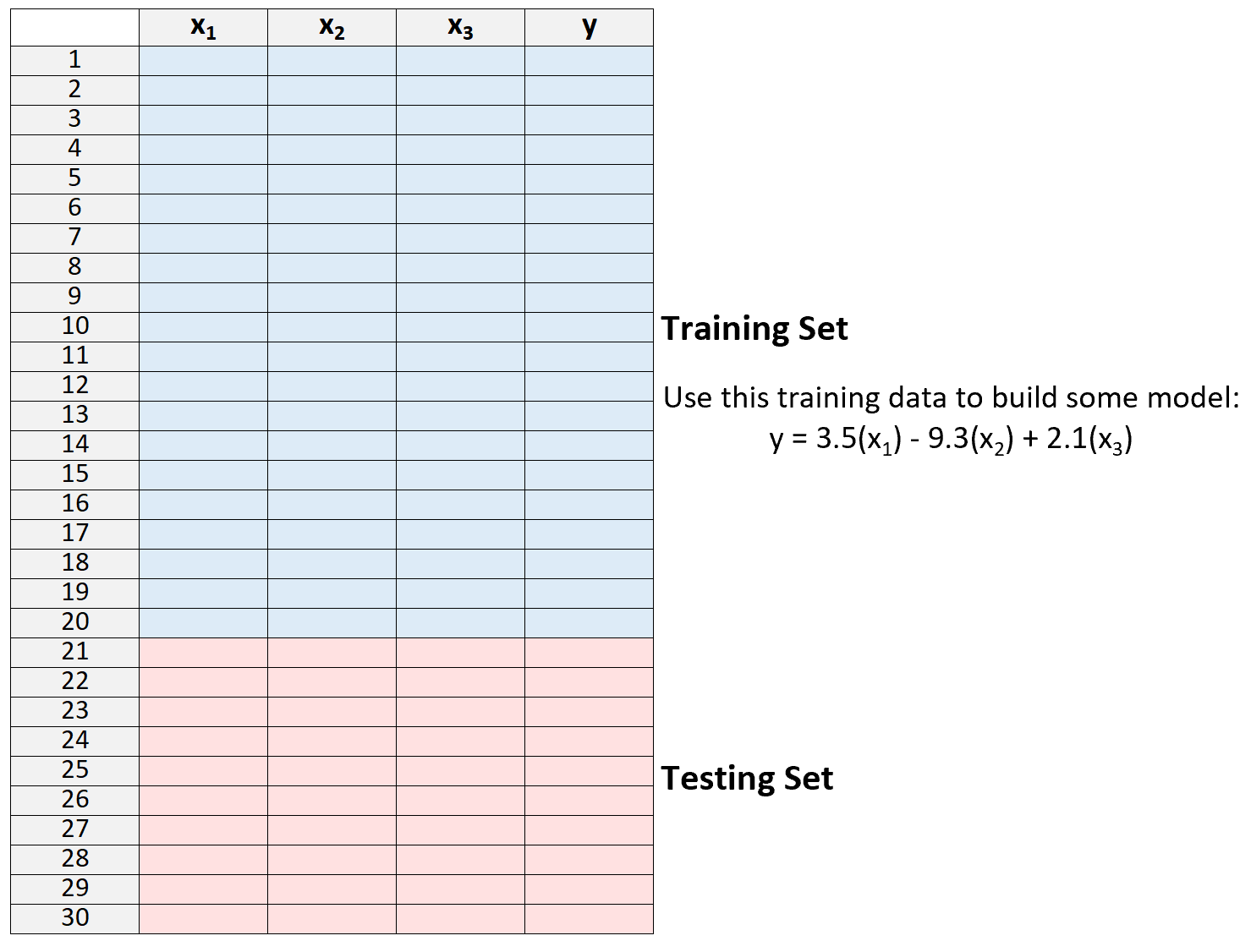 3. Use the model to make predictions on the testing set and measure the MSE – this is know as the test MSE. 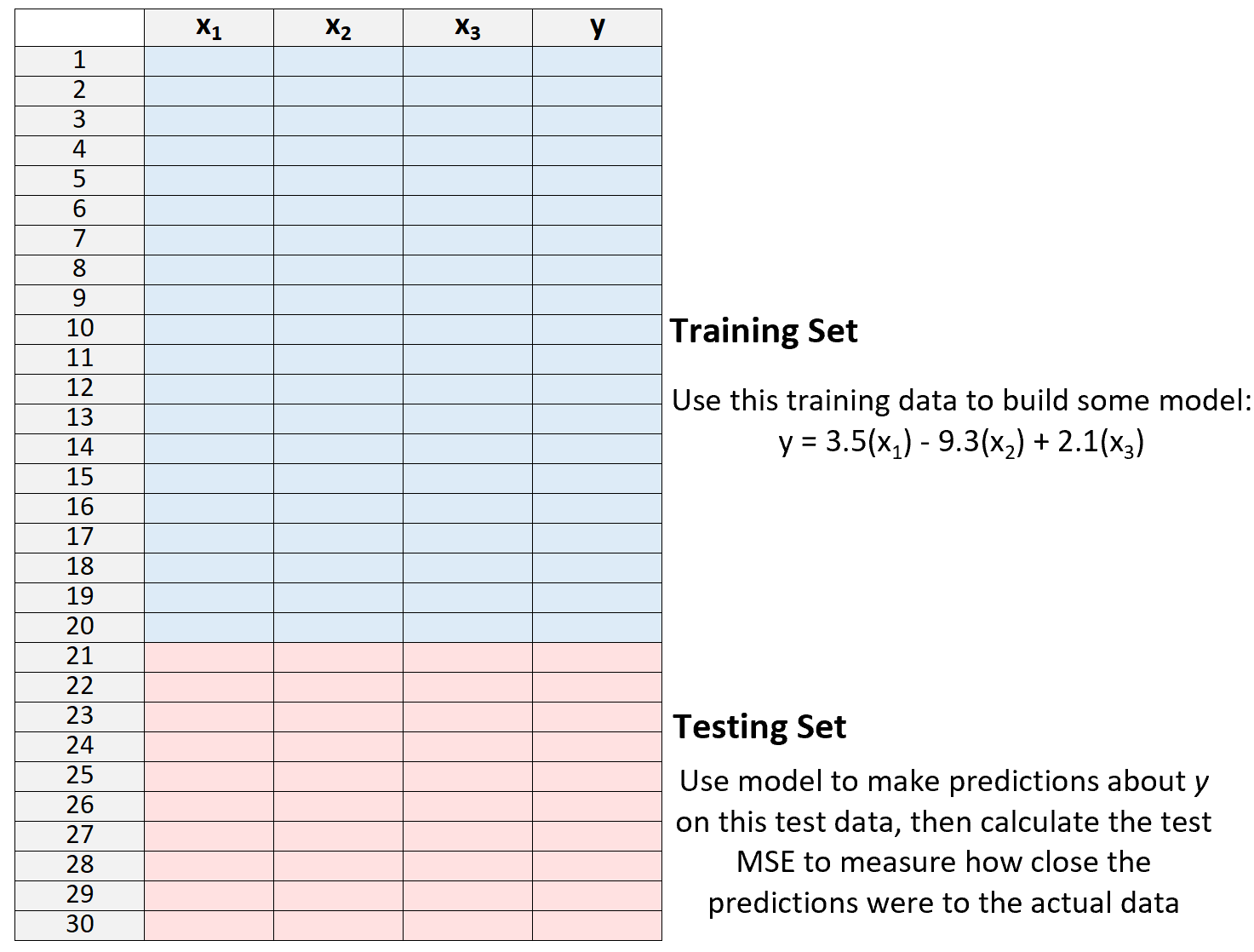 The test MSE gives us an idea of how well a model will perform on data it hasn’t previously seen, i.e. data that wasn’t used to “train” the model.

However, the drawback of using only one testing set is that the test MSE can vary greatly depending on which observations were used in the training and testing sets.

It’s possible that if we use a different set of observations for the training set and the testing set that our test MSE could turn out to be much larger or smaller.

One way to avoid this problem is to fit a model several times using a different training and testing set each time, then calculating the test MSE to be the average of all of the test MSE’s.

Leave-one-out cross-validation uses the following approach to evaluate a model:

1. Split a dataset into a training set and a testing set, using all but one observation as part of the training set: 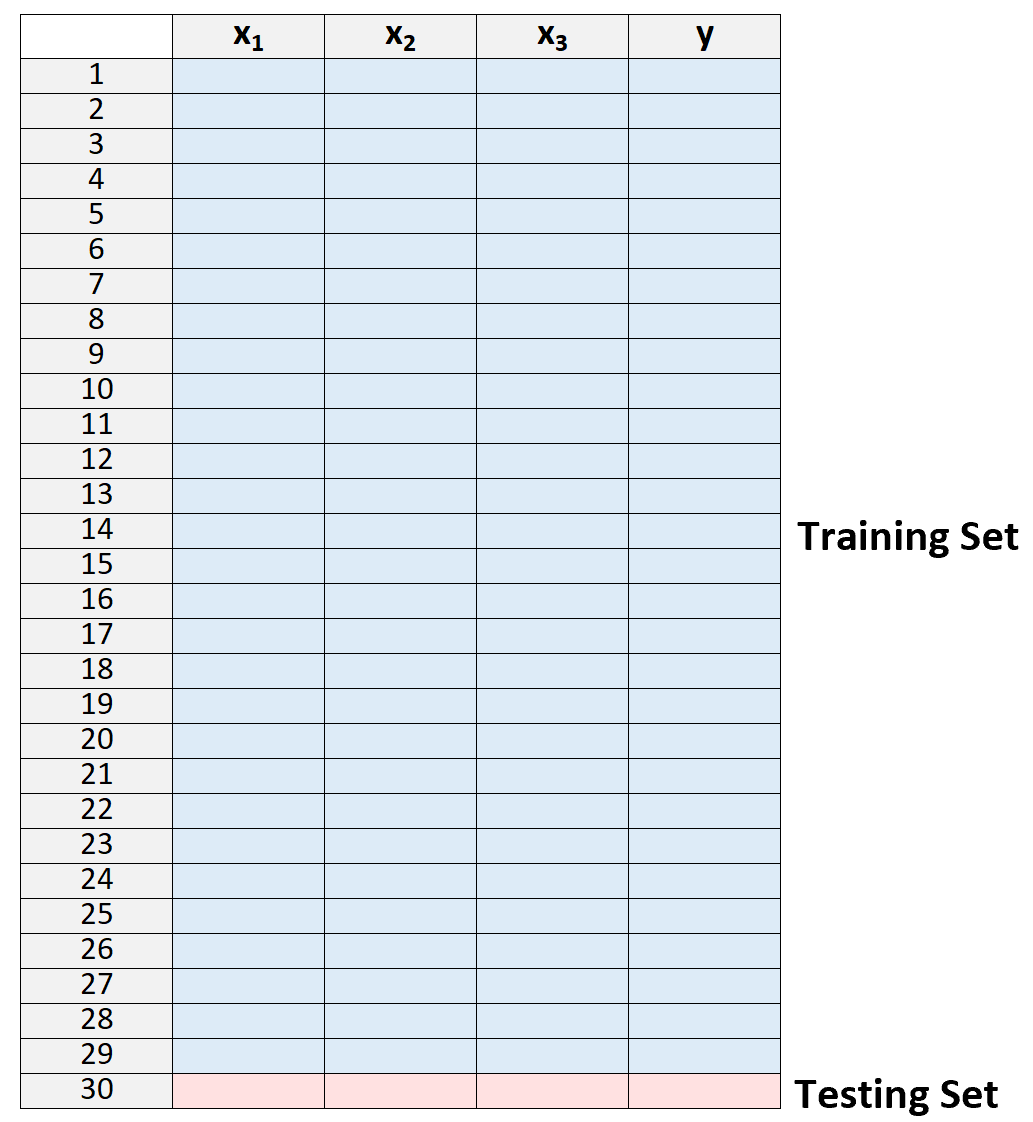 Note that we only leave one observation “out” from the training set. This is where the method gets the name “leave-one-out” cross-validation.

2. Build the model using only data from the training set. 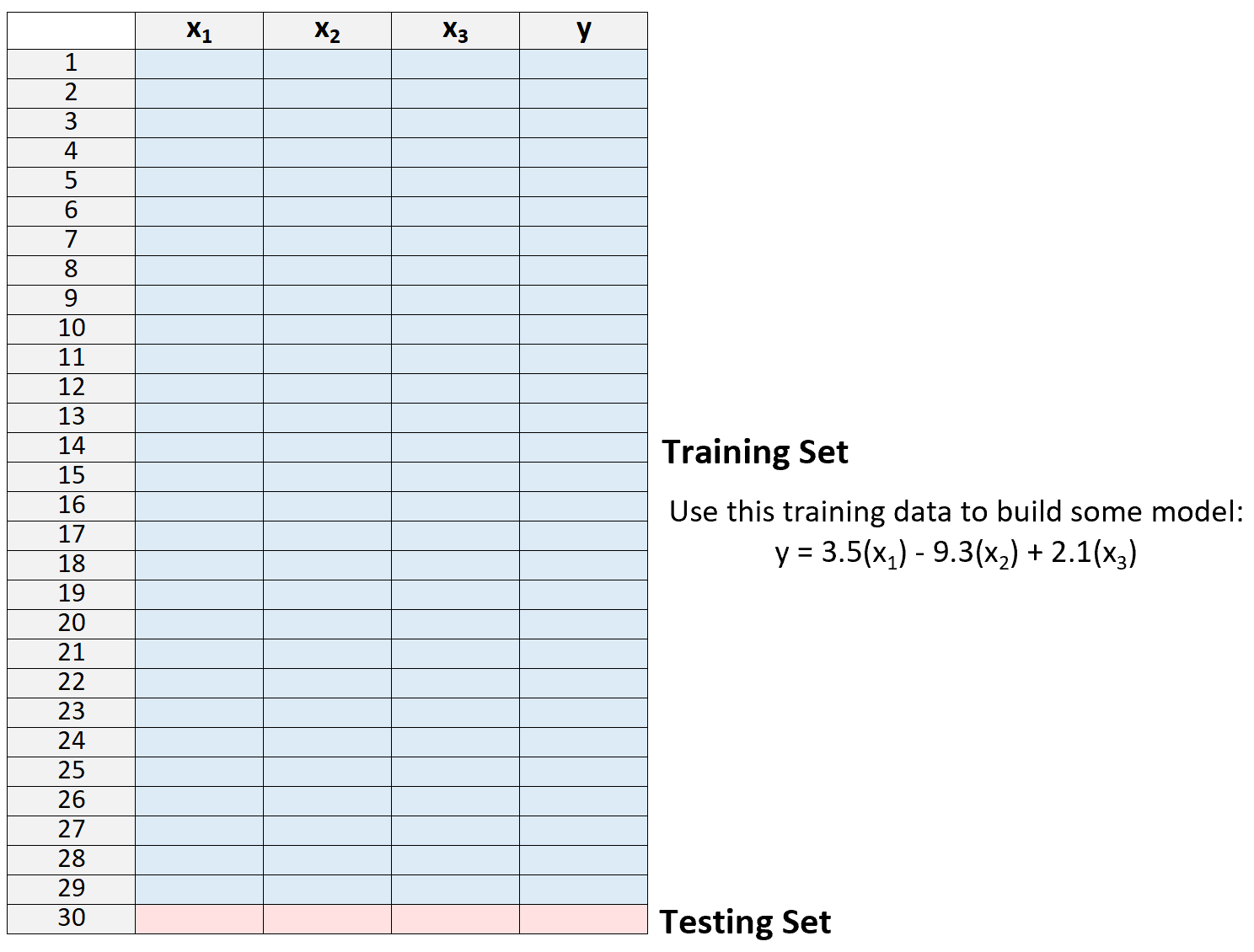 3. Use the model to predict the response value of the one observation left out of the model and calculate the MSE. 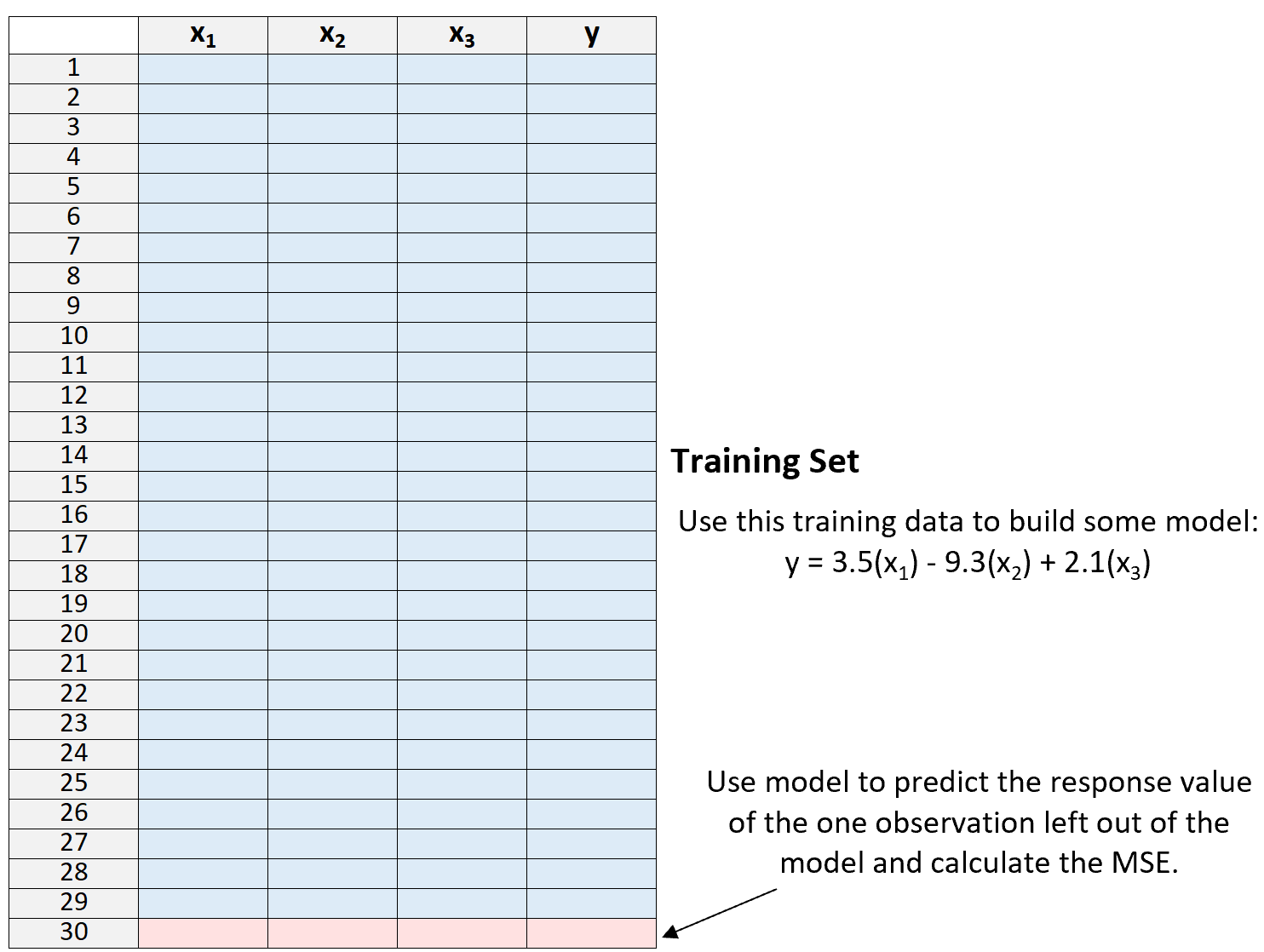 Lastly, we repeat this process n times (where n is the total number of observations in the dataset), leaving out a different observation from the training set each time.

However, leave-one-out cross-validation comes with the following cons:

Fortunately, modern computing has become so efficient in most fields that LOOCV is a much more reasonable method to use compared to many years ago.

How to Perform LOOCV in R & Python

The following tutorials provide step-by-step examples of how to perform LOOCV for a given model in R and Python: