The law of large numbers states that as a sample size becomes larger, the sample mean gets closer to the expected value.

The most basic example of this involves flipping a coin. Each time we flip a coin, the probability that it lands on heads is 1/2. Thus, the expected proportion of heads that will appear over an infinite number of flips is 1/2 or 0.5.

However, if we flip a coin 10 times we might find that it only lands on heads 3 times. Since 10 flips is a small sample size, there’s no guarantee that the proportion of heads will be close to 0.5.

As we flip the coin more and more, the proportion of times that it lands on heads will converge to the expected proportion of 0.5. 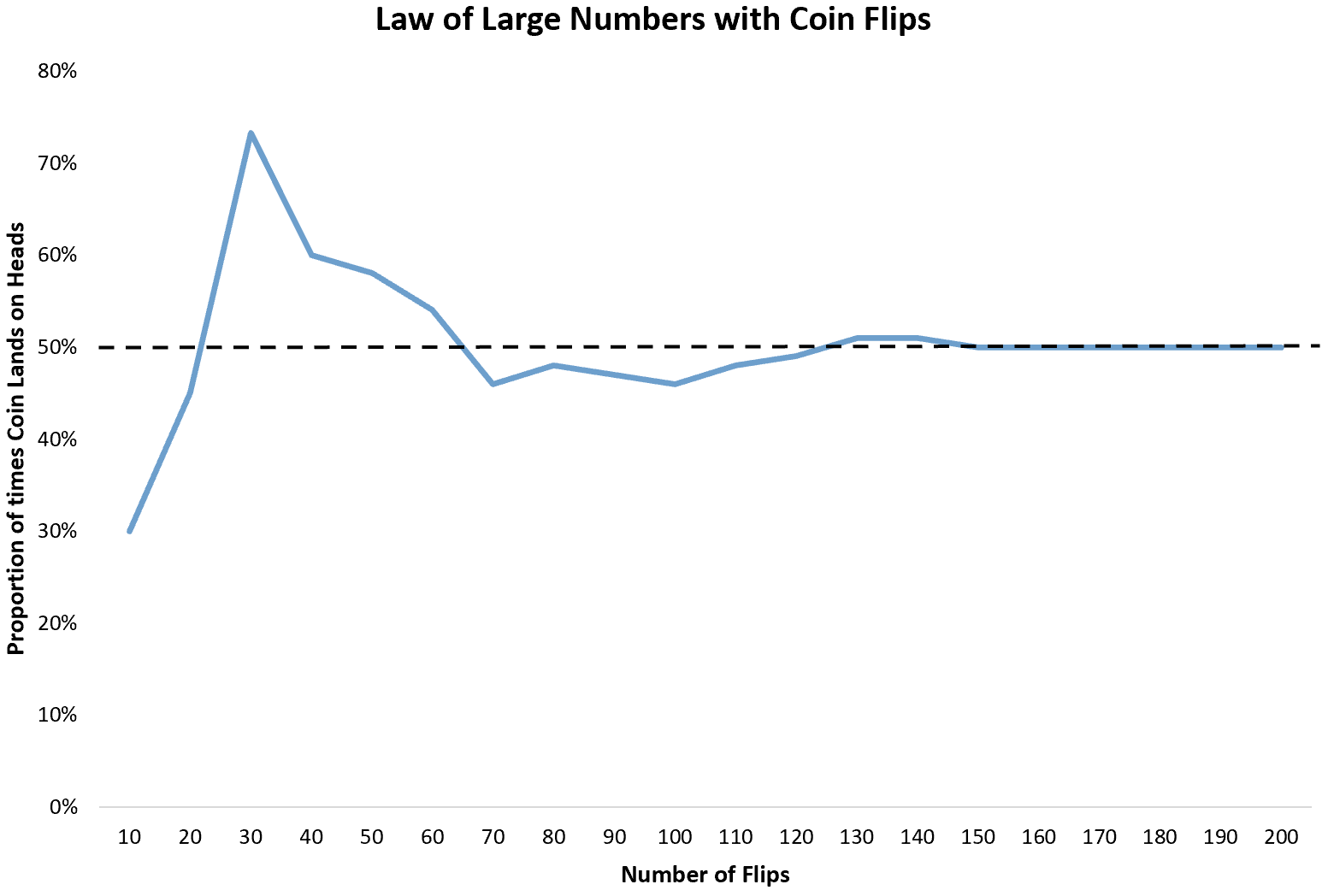 This simple idea of the law of large numbers is applied by many types of businesses and industries in real life.

The Law of Large Numbers in Casinos

For example, Jessica might play a few games at the casino and win $50.

Mike might play a few games as well and lose $70.

Some players will win money and some will lose money, but because of the way the games are designed the casinos can be sure that they’ll win over the course of thousands of individuals. 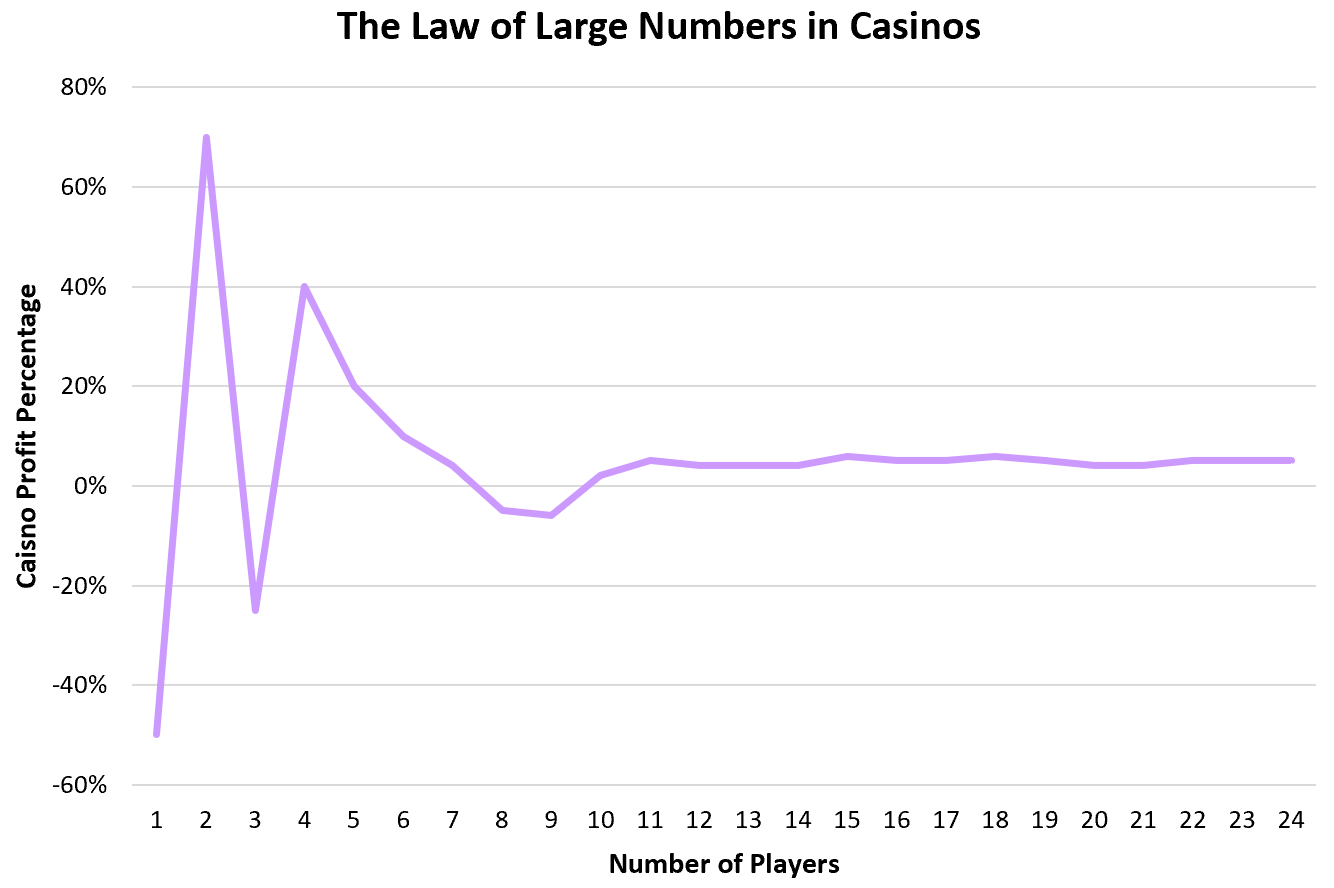 The Law of Large Numbers in Insurance

Insurance companies also rely on the law of large numbers to remain profitable.

The basic idea is that insurance companies can provide insurance to thousands of individuals who pay a certain premium each month and only a small percentage of the individuals they ensure will actually need to use the insurance to pay for large unexpected expenses.

This means that the insurance company can expect to earn a fairly predictable profit, on average, across thousands of individuals.

Note that this business model works because an insurance company ensures a large number of people. If they only ensured 10 people it would be far too risky because a large unexpected expense could wipe out the business.

Thus, insurance companies rely on the law of large numbers to predictably forecast their profits.

The Law of Large Numbers in Renewable Energy

The law of large numbers is also used by renewable energy companies.

The way renewable energy companies get around this problem is by hooking up tens of thousands of wind turbines or solar panels to a single power grid, which makes it much more likely that these energy sources will produce a reliable amount of power for the grid.

It also makes it much easier to predict just how much energy will be produced by these power sources, since engineers can simply take the expected average across tens of thousands of wind turbines or solar panels.

An in-depth explanation of this phenomenon can be found in this article by Scientific American.