However, when the predictor variables are highly correlated then multicollinearity can become a problem. This can cause the coefficient estimates of the model to be unreliable and have high variance. That is, when the model is applied to a new set of data it hasn’t seen before, it’s likely to perform poorly.

One way to get around this issue is to use a method known as lasso regression, which instead seeks to minimize the following:

This second term in the equation is known as a shrinkage penalty.

When λ = 0, this penalty term has no effect and lasso regression produces the same coefficient estimates as least squares.

However, as λ approaches infinity the shrinkage penalty becomes more influential and the predictor variables that aren’t importable in the model get shrunk towards zero and some even get dropped from the model.

Why Use Lasso Regression?

The advantage of lasso regression compared to least squares regression lies in the bias-variance tradeoff.

The basic idea of lasso regression is to introduce a little bias so that the variance can be substantially reduced, which leads to a lower overall MSE. 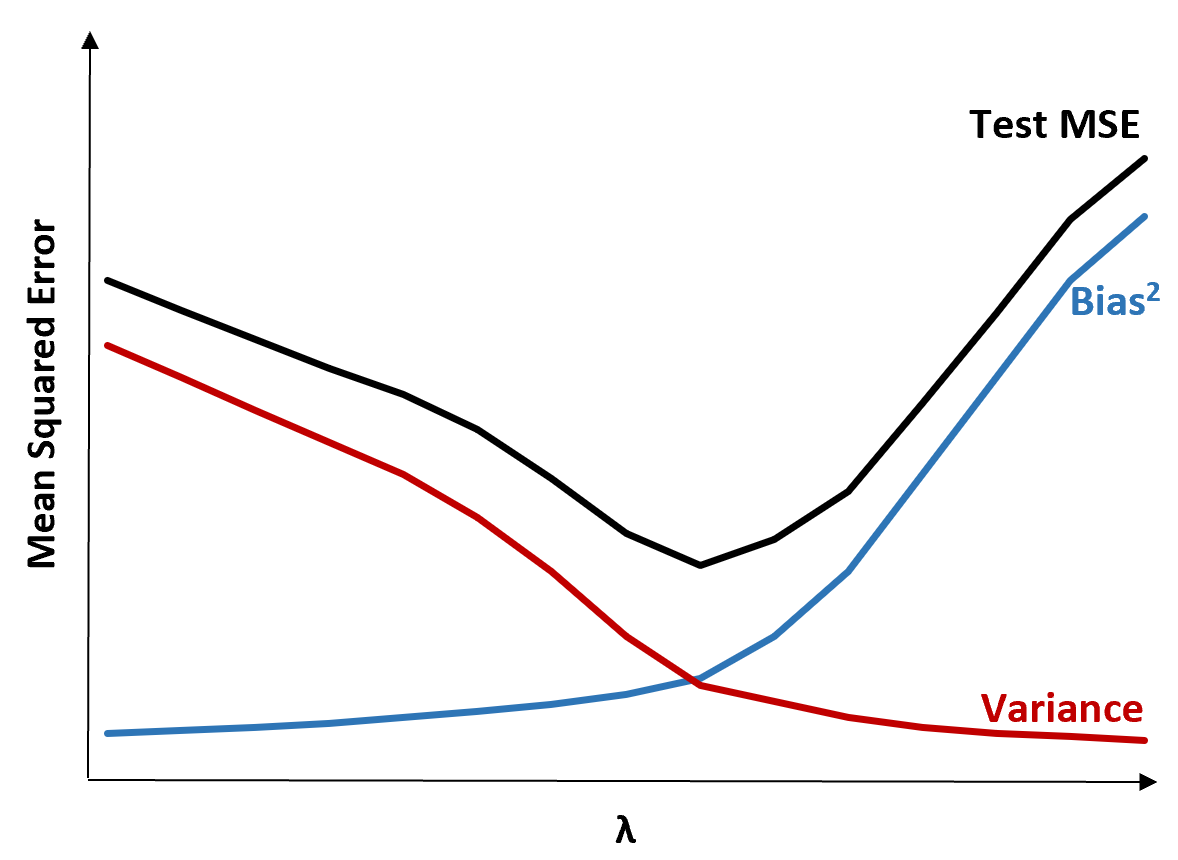 When λ = 0, the penalty term in lasso regression has no effect and thus it produces the same coefficient estimates as least squares. However, by increasing λ to a certain point we can reduce the overall test MSE. 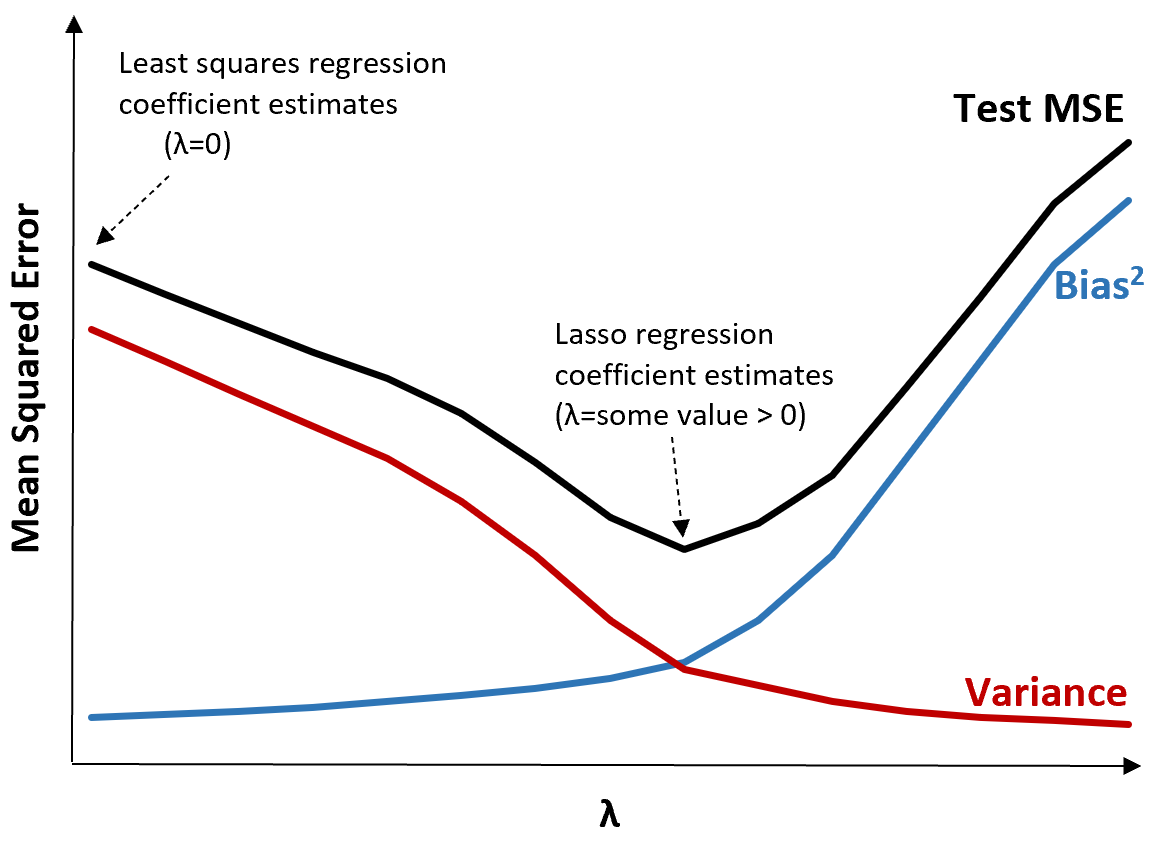 Lasso regression and ridge regression are both known as regularization methods because they both attempt to minimize the sum of squared residuals (RSS) along with some penalty term.

In other words, they constrain or regularize the coefficient estimates of the model.

However, the penalty terms they use are a bit different:

When we use ridge regression, the coefficients of each predictor are shrunken towards zero but none of them can go completely to zero.

Conversely, when we use lasso regression it’s possible that some of the coefficients could go completely to zero when λ gets sufficiently large.

In technical terms, lasso regression is capable of producing “sparse” models – models that only include a subset of the predictor variables.

This begs the question: Is ridge regression or lasso regression better?

The answer: It depends!

In cases where only a small number of predictor variables are significant, lasso regression tends to perform better because it’s able to shrink insignificant variables completely to zero and remove them from the model.

However, when many predictor variables are significant in the model and their coefficients are roughly equal then ridge regression tends to perform better because it keeps all of the predictors in the model.

To determine which model is better at making predictions, we perform k-fold cross-validation. Whichever model produces the lowest test mean squared error (MSE) is the preferred model to use.

The following steps can be used to perform lasso regression:

Step 1: Calculate the correlation matrix and VIF values for the predictor variables.

First, we should produce a correlation matrix and calculate the VIF (variance inflation factor) values for each predictor variable.

If we detect high correlation between predictor variables and high VIF values (some texts define a “high” VIF value as 5 while others use 10) then lasso regression is likely appropriate to use.

However, if there is no multicollinearity present in the data then there may be no need to perform lasso regression in the first place. Instead, we can perform ordinary least squares regression.

Step 2: Fit the lasso regression model and choose a value for λ.

Once we determine that lasso regression is appropriate to use, we can fit the model (using popular programming languages like R or Python) using the optimal value for λ.

To determine the optimal value for λ, we can fit several models using different values for λ and choose λ to be the value that produces the lowest test MSE.

Depending on the relationship between the predictor variables and the response variable, it’s entirely possible for one of these three models to outperform the others in different scenarios.

The following tutorials explain how to perform lasso regression in R and Python: