This tutorial explains how to conduct a Kruskal-Wallis Test in SPSS.

A researcher wants to know whether or not three drugs have different effects on knee pain, so he recruits 30 individuals who all experience similar knee pain and randomly splits them up into three groups to receive either Drug 1, Drug 2, or Drug 3.

After one month of taking the drug, the researcher asks each individual to rate their knee pain on a scale of 1 to 100, with 100 indicating the most severe pain. The ratings for all 30 individuals are shown below:

Use the following steps to perform a Kruskal-Wallis Test to determine whether or not there is a difference between the reported levels of knee pain between the three groups: 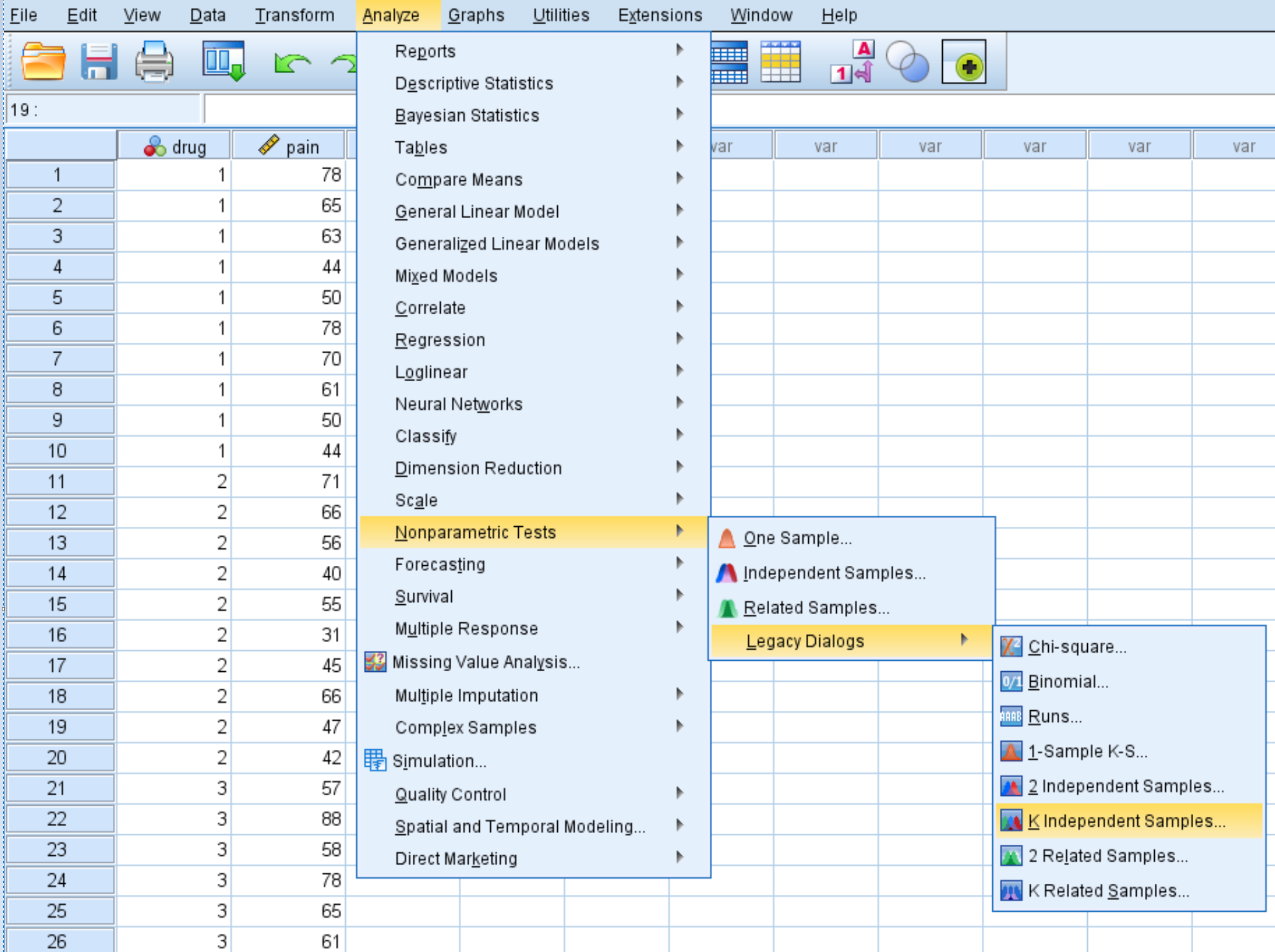 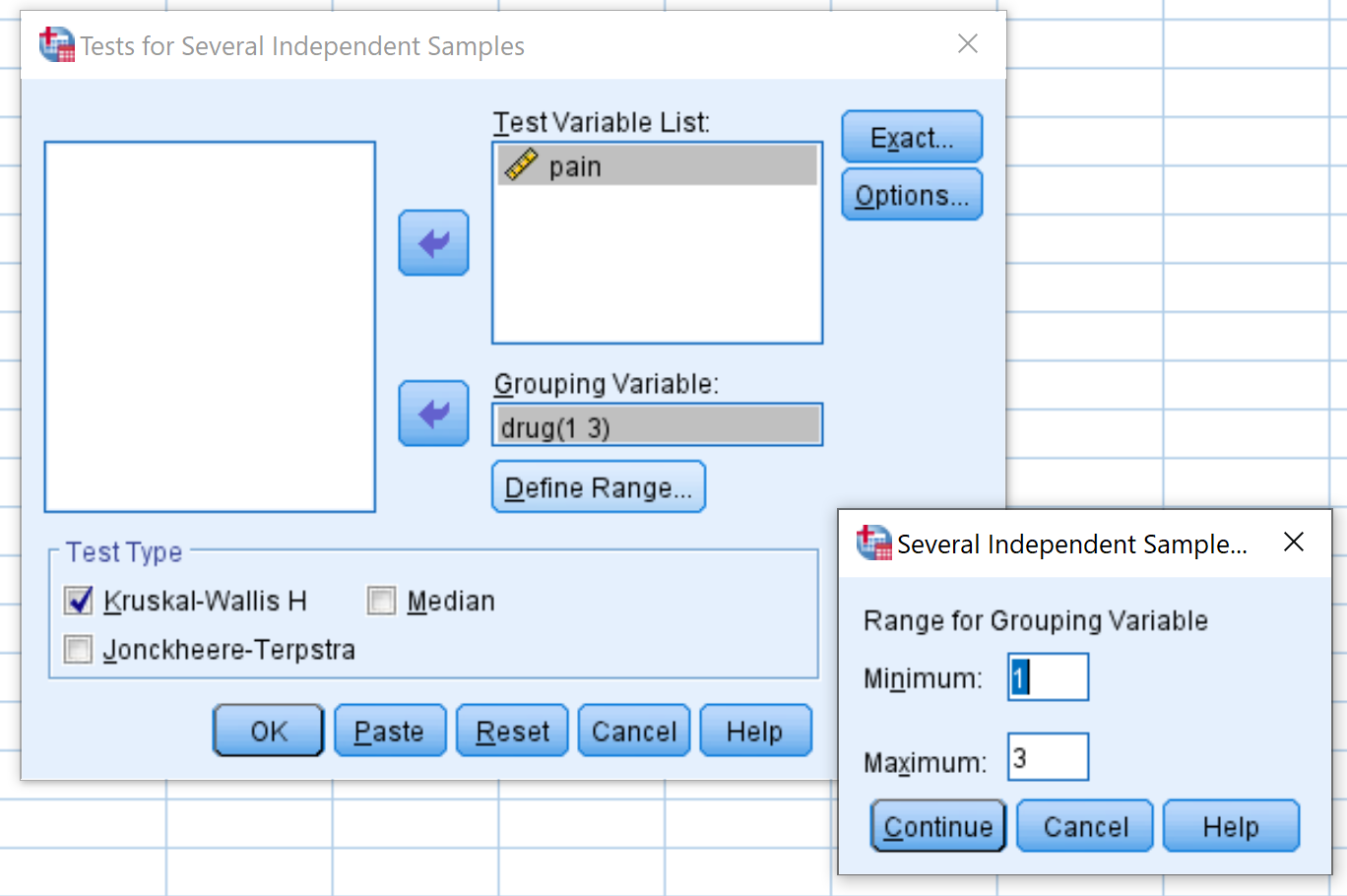 Once you click OK, the results of the Kruskal-Wallis test will appear: 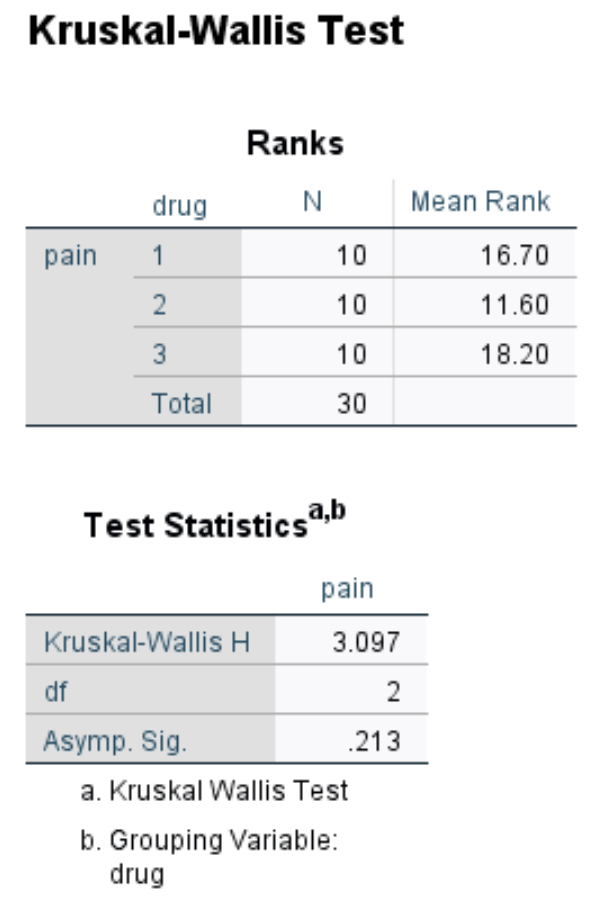 The second table in the output displays the results of the test:

Since the p-value (.213) is not less than .05, we fail to reject the null hypothesis. We do not have sufficient evidence to say that there is a statistically significant difference between the knee pain ratings across these three groups.