This tutorial explains how to conduct a Kruskal-Wallis Test in Excel.

Use the following steps to perform a Kruskal-Wallis Test to determine if the median growth is the same across the three groups.

Enter the following data, which shows the total growth (in inches) for each of the 10 plants in each group: 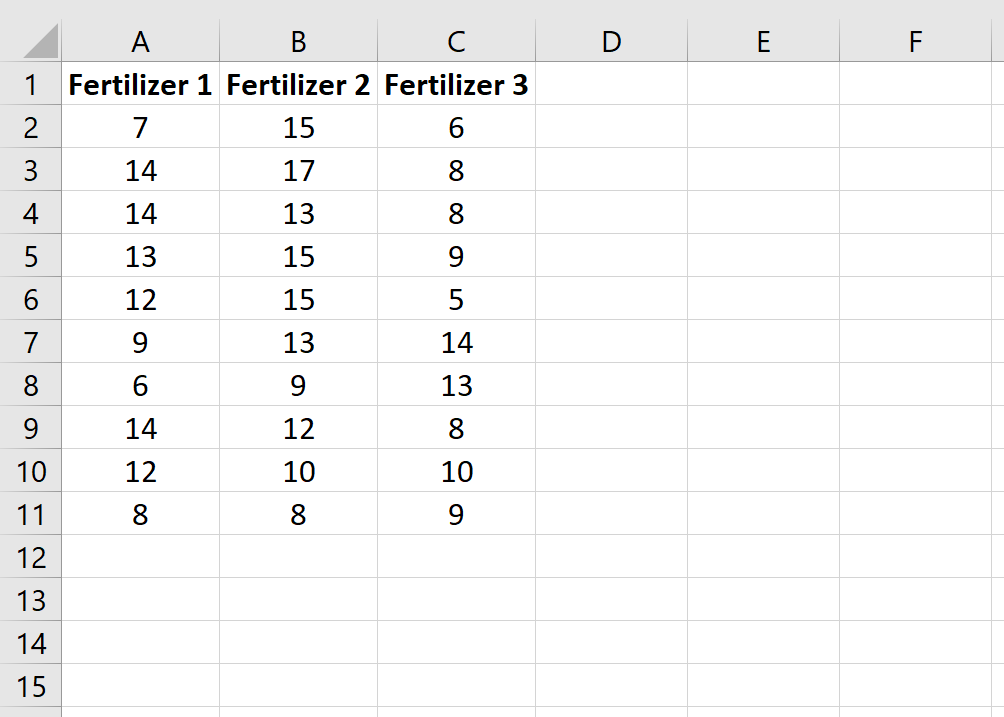 Next, we will use the RANK.AVG() function to assign a rank to the growth of each plant out of all 30 plants. The following formula shows how to calculate the rank for the first plant in the first group: 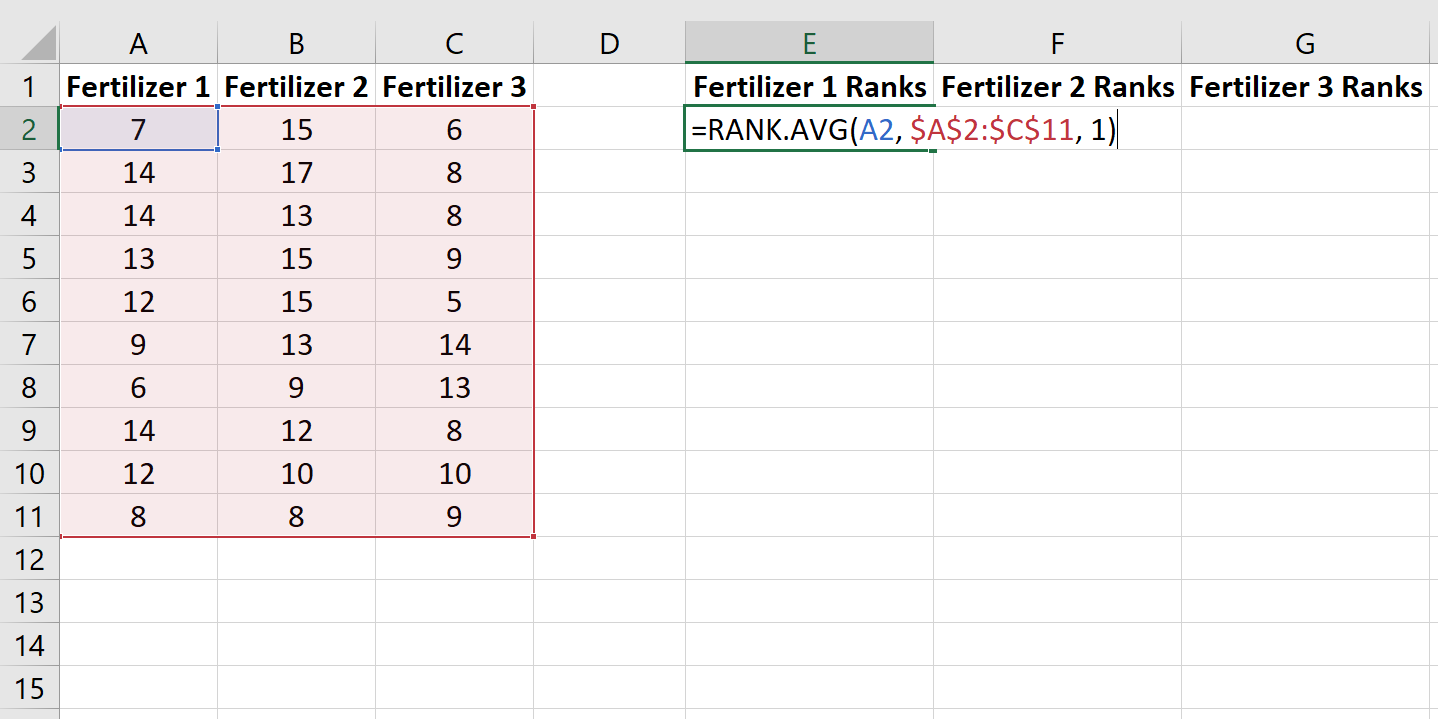 Copy this formula to the rest of the cells: 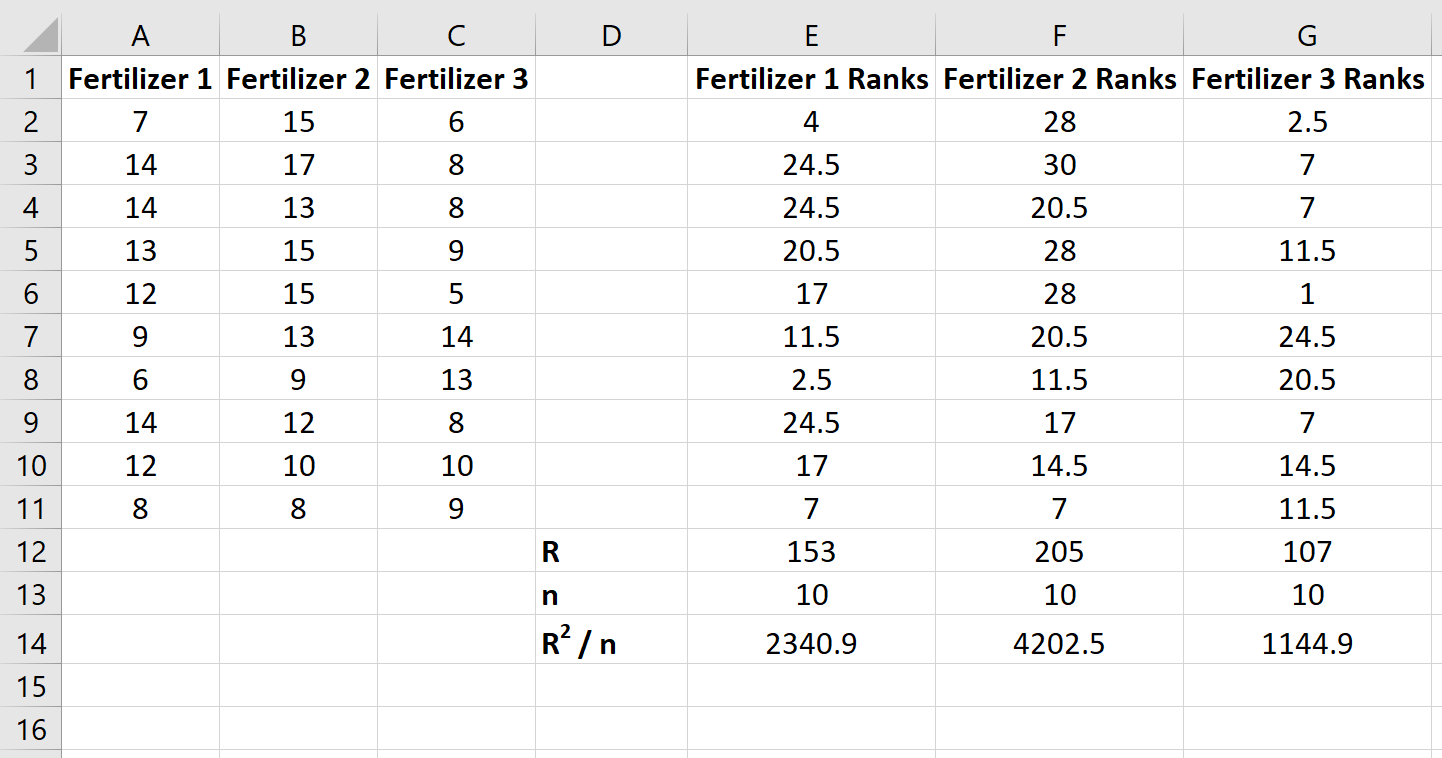 Step 3: Calculate the test statistic and the corresponding p-value.

The test statistic is defined as:

Under the null hypothesis, H follows a Chi-square distribution with k-1 degrees of freedom.

The following screenshot shows the formulas used to calculate the test statistic, H, and the corresponding p-value:

The test statistic is H = 6.204 and the corresponding p-value is p = 0.045. Since this p-value is less than 0.05, we can reject the null hypothesis that the median plant growth is the same for all three fertilizers. We have sufficient evidence to conclude that the type of fertilizer used leads to statistically significant differences in plant growth.

Lastly, we want to report the results of the Kruskal-Wallis Test. Here is an example of how to do so:

A Kruskal-Wallist Test was performed to determine if median plant growth was the same for three different plant fertilizers. A total of 30 plants were used in the analysis. Each fertilizer was applied to 10 different plants.