An one-way ANOVA is used to determine whether or not there is a statistically significant difference between the means of three or more independent groups.

The following example provides a complete guide on how to interpret the results of a one-way ANOVA in Excel.

Example: How to Interpret ANOVA Results in Excel

Suppose a teacher randomly assigns 30 students in her class to use one of three studying methods to prepare for an exam.

The following screenshot shows the scores of the students based on the method they used: 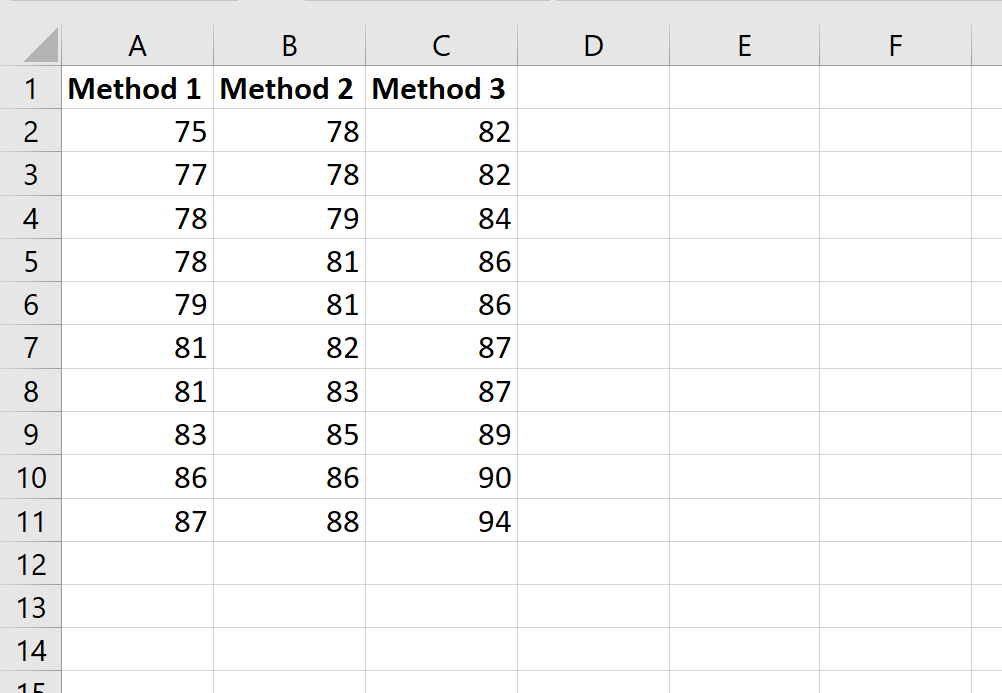 Suppose the teacher wants to perform a one-way ANOVA to determine if the mean scores are the same across all three groups.

To perform a one-way ANOVA in Excel, click the Data tab along the top ribbon, then click Data Analysis within the Analyze group.

If you don’t see the Data Analysis option, then you need to first load the free Analysis ToolPak.

In the new window that appears, enter the following information: 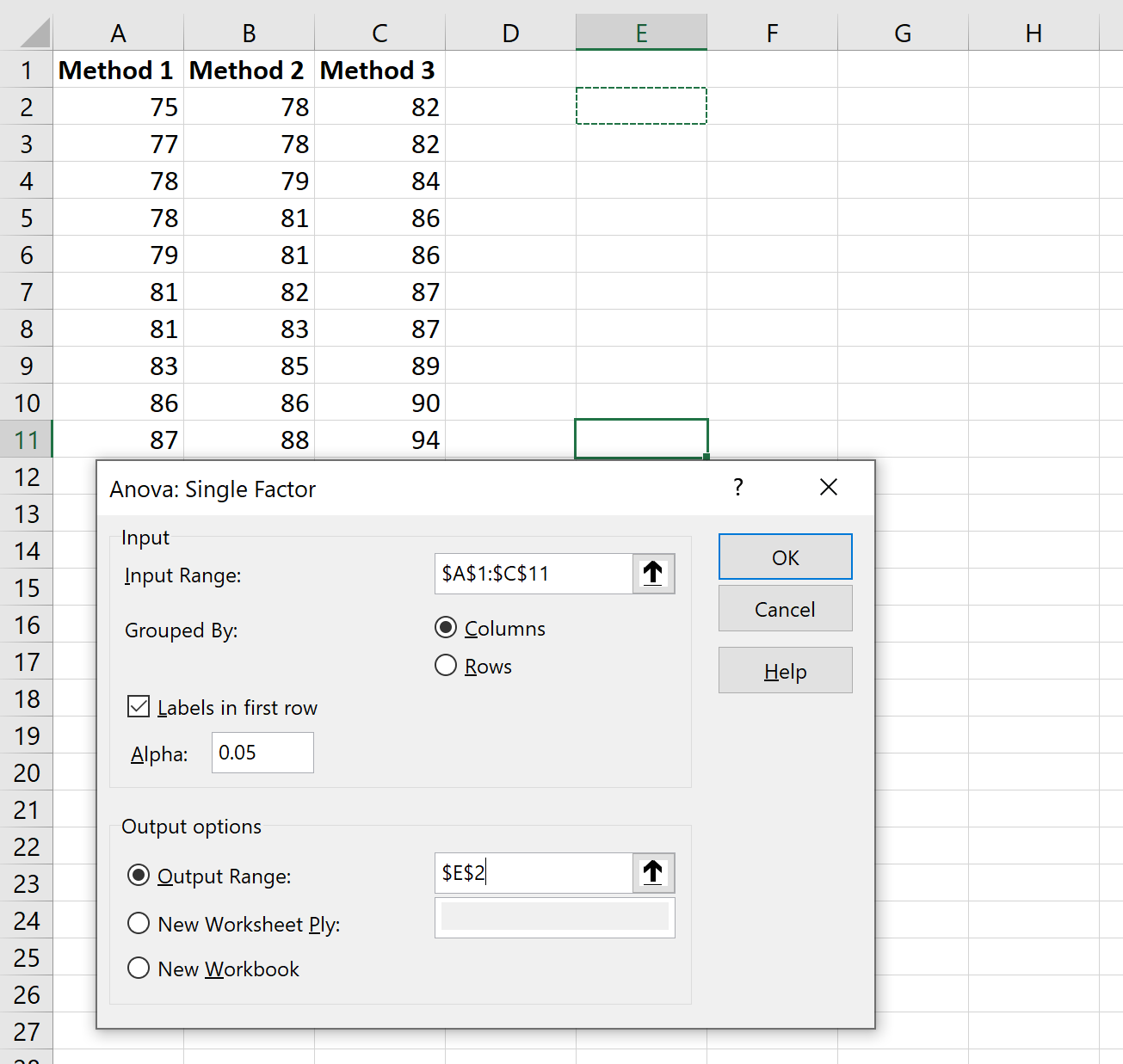 Once you click OK, the results of the one-way ANOVA will appear: 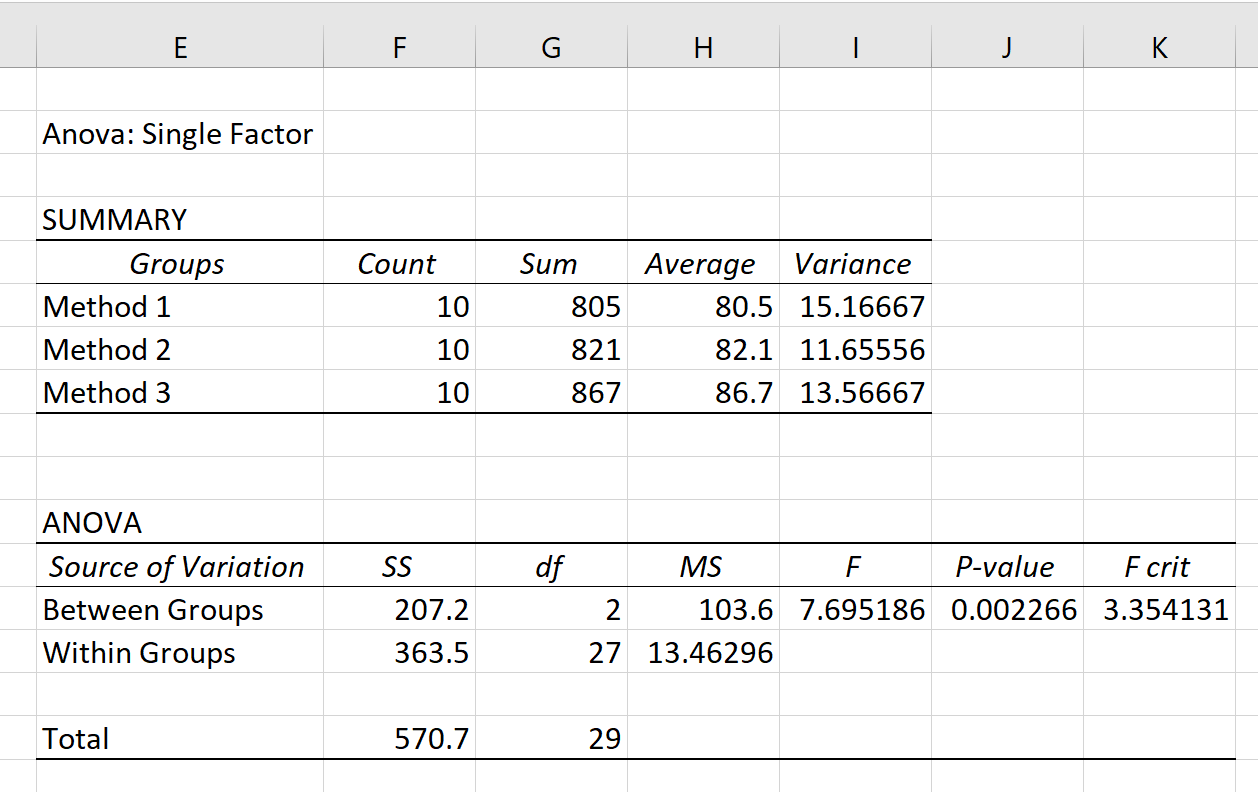 There are two tables that are shown in the output: SUMMARY and ANOVA.

Here’s how to interpret the values in each table:

This table provides us with several useful summary statistics for each group used in the ANOVA.

To determine if the differences in the group means are statistically significant we must refer to the ANOVA table.

Since the p-value is less than α = .05, we reject the null hypothesis of the one-way ANOVA and conclude that we have sufficient evidence to say that not all of the group means are equal.

This means that the three studying methods do not all lead to the same average exam scores.

The following tutorials explain how to perform different ANOVA’s in Excel: