An interaction plot is a type of plot that displays the mean values of multiple groups for two different variables. 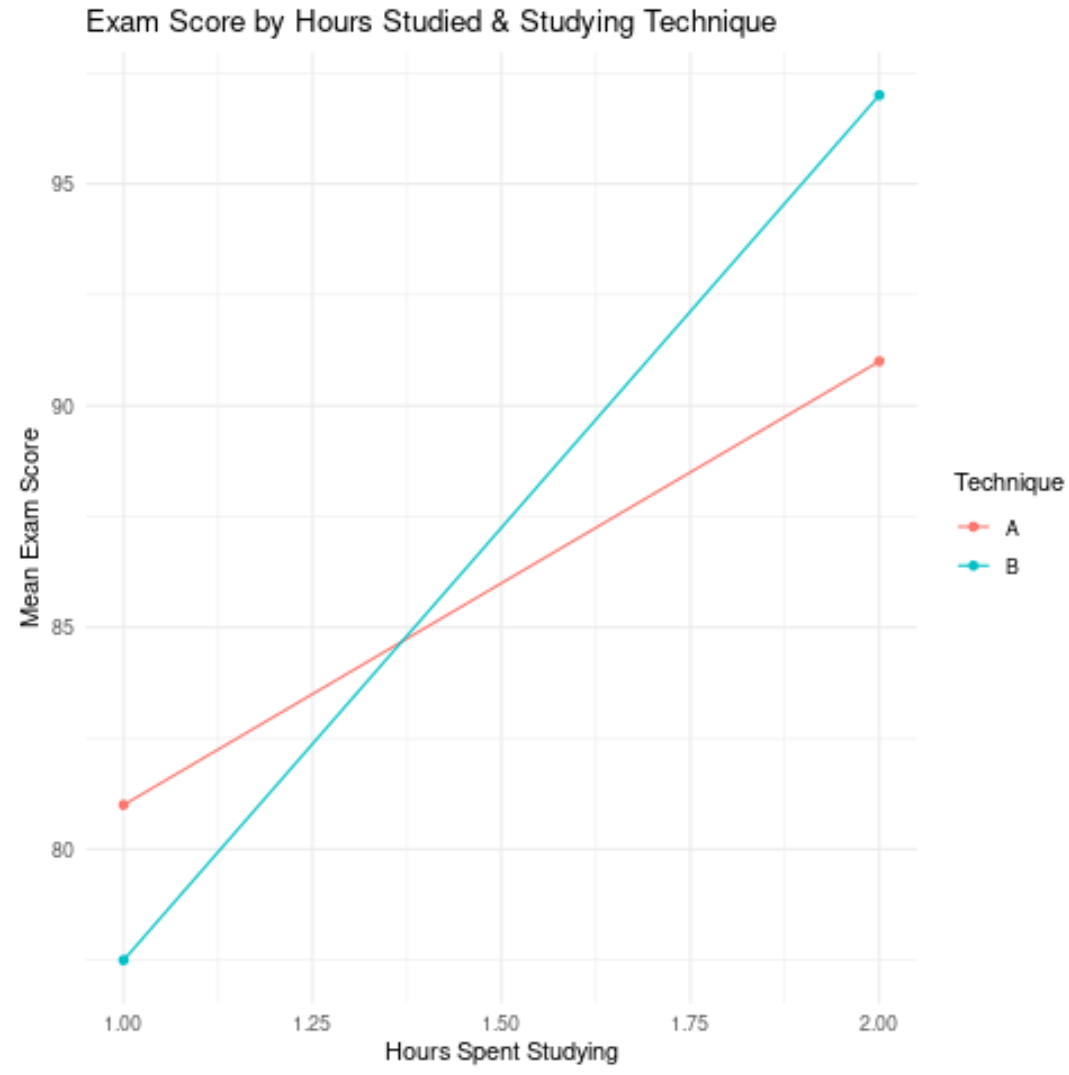 This type of plot is used often in designed experiments, ANOVA, and regression analysis.

This tutorial provides a step-by-step example of how to create an interaction plot in R using the ggplot2 data visualization library.

For this example, we’ll create a fake dataset that contains the following three variables for eight different students:

The following code shows how to create this dataset:

Next, we’ll create an interaction plot to visualize the average exam score based on total hours spent studying and studying technique used: 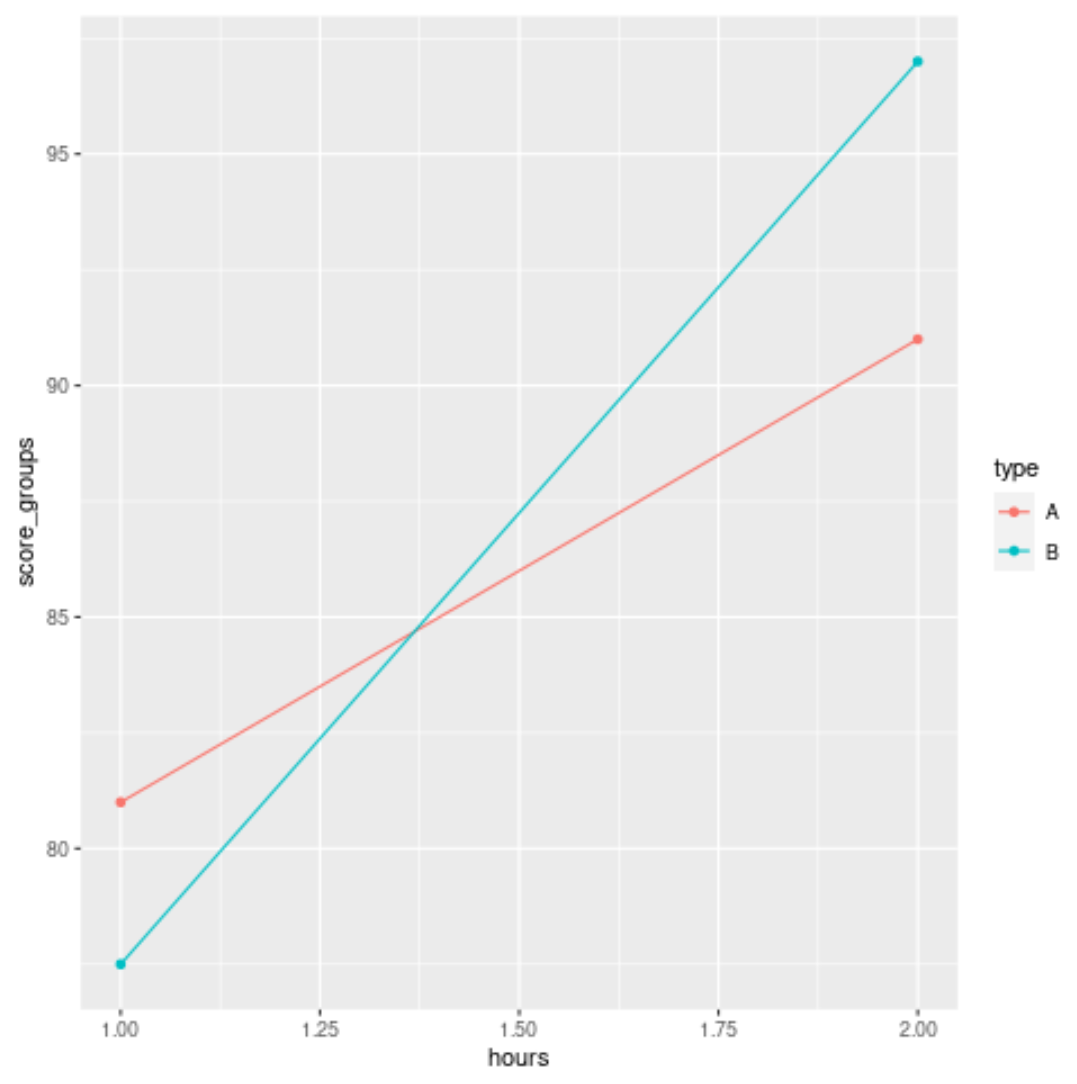 Here is how to interpret the plot:

We can see that the mean exam score is higher for the students who studied more hours, regardless of the studying technique they used.

However, since the two lines cross each other this is an indication that there is an interaction effect present.

This means that the exam score is dependent on an interaction between studying technique used and number of hours spent studying.

Lastly, we can modify the axis labels, title, and general aesthetics of the plot to make it look a bit better:

Note: We chose to use theme_minimal() for the plot theme, but you can find a complete list of the best ggplot2 themes here.

You can find more R tutorials on this page.